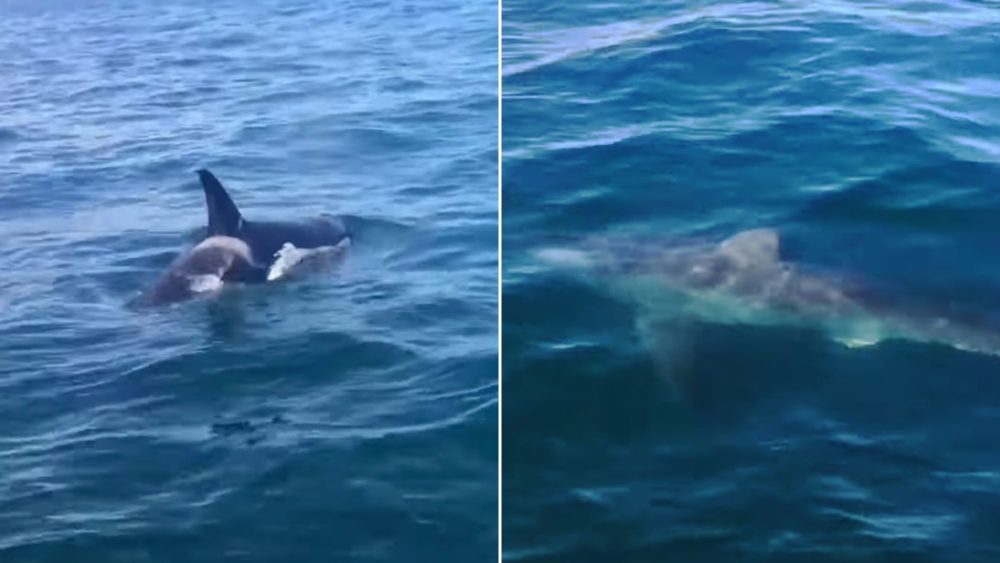 Before you ask, nope, it’s not the same Orca that were responsible for the string of attacks back in 2017 in False Bay. Those two orca, Port and Starboard, had collapsed dorsal fins each leaning a different way hence their names. This seems, by the looks of it, to be another pod entirely. “Orca are adaptable predators and will rapidly learn new hunting techniques and so it is possible that new behaviours might spread through a population,” Simon Elwen, a marine mammal specialist at Stellenbosch University said.

Judging by the footage, we’d estimate the torpedo with teeth to be around the 3m mark.

The footage was filmed by marine tour guide Donavan Smith, who was leading tourists on a boat near Knysna, about 400km east of Cape Town.