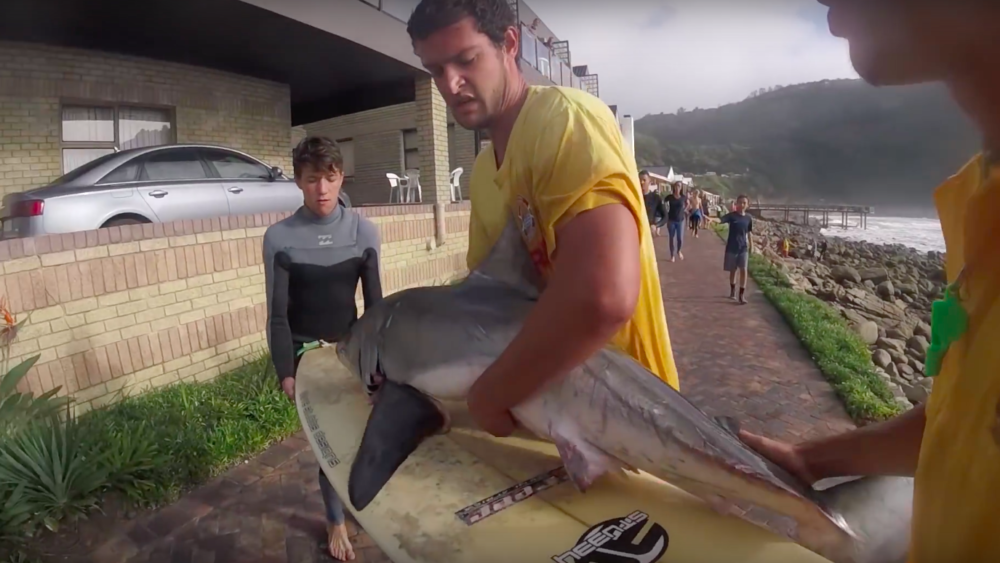 A juvenile white shark, which wasn’t having such a great day, found its self in between a rock and a hard place out in Vic Bay. Taking matters into their own hands a bunch of brave surfers and lifeguards did what needed to be done to get the little guy back out into the big blue.

“In this video, my friends and I came out of the water after a morning surf, then we noticed a baby shark struggling by the rocks. A group of us headed down to see what we could do to help the shark, with the help of the lifeguards that came along. After a few failed attempts to get the shark back out to sea from the rocks, we decided to take the shark to a better location. We eventually got the shark back out to sea and saw it swim away” – Joshua Farrer

With the tide on its way out, these guys had to act fast. Beyond literally being out of its element, the white shark would have been exposed to seriously high-stress levels, which can be fatal.

Stoked on this one!