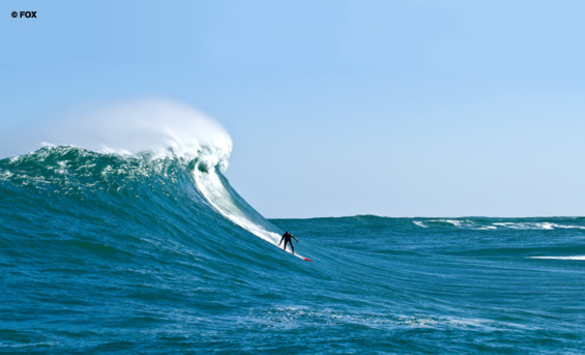 Much has been written about Dungeons since Peter Button and Pierre De Villiers climbed the mountain and paddled out at Dungeons around 1984. It was host to a series of big wave events sponsored by Red Bull, which ran over a decade, and it is now host to the big wave surfers of Cape Town and the occasional visitor. It is not for the average surfer, it is not for the 6-10 foot surfer either. It is a surf destination reserved for the big wave chargers of the world, an absolute minority, and most of us are ok with that.
Location and getting there:

The wave sits offshore from the Sentinel Mountain, the monolithic natural structure that watches over Hout Bay. It’s a deepwater wave and access to the wave itself is an endeavour. It’s not ideal to park in the township and walk over the mountain. It’s a long walk up and a long walk down, followed by a paddle out through Shark Alley, teeming with tasty seals and seal pups. The best way to get to Dungeons is by boat or jet-ski. Launch from the harbour at Hout Bay, make sure you have all your skipper’s papers, licences and stickers in order, and head on out.
Equipment you will need:

You’re going to need some serious equipment. For some reason the entry level paddling board

at Dungeons has become the 9’6. Why it’s not a foot or so bigger or smaller is beyond us. When the waves start getting that size, it’s all the same. The big thrill is the paddle, the drop

and the bottom turn. Whatever length board you’re going to be on, this is where the thrill lies. If you’re towing then it’s another story. Tow-boards are small and heavy these days. More like snowboards. Just remember that you can’t / should not tow if anyone is paddling.

Getting around the lineup:

The wave itself is a thundering peak with a takeoff zone that shifts over a few hundred metres. It’s quite terrifying knowing that no matter where you sit you could get caught inside at Dungeons. There are five main sections to the wave that have all been ridden to some degree.

1. The Slab. The Slab comes into play when the swell is just a little bit too small to be ridden, and the tide is quite high. The Slab is the deepest sections of the wave, and is a thick shelf that barrels properly.

2. The Two-Point-Five. Two and a half metres deep, this part of the wave is on the inside. It is the widest section, breaks right in front of the cameras and is basically the end of the wave. Big, glorious waves can be caught and ridden here, and most shots of Dungeons are of people on the Two-Point-Five, but the bigger waves are to be found elsewhere.

3. Washburn’s Peak. Outside and deep. Less waves come here, but when they come they are the best. Greg Long and Twiggy catch all their bombs here. When waiting for waves here you can see other surfers getting wave after wave on the Two-Point -Five.

4. Outside Bowl. When the swell gets big, straight and solid, the waves crack over the corner of the reef. Directly out from the Bowl, these waves are very rare, and when they come they usually catch every one inside.

5. The Left (off the Bowl). Only surfed in marginal conditions, and usually by surfers who have taken off too deep on the peak and can’t get around. Go left, kick out and watch a set start building on Washburn’s Peak and you’re in a world of trouble.

In a more south swell, The Slab and Washburn’s Peak are better and in a west it’s all about the Outside Bowl and the Two Point Five.
According to Twiggy Baker, “Fifty-foot plus is best for Dungeons because then all the focus is on the Outside Bowl and none of the swell energy is lost on Tafelberg Reef.”

If you’re still game, Dungeons likes a light wind and can be ridden in south west, north west south east and north east winds. It loves a low tide. The guys even surf it onshore. When you’re safely on land there are a variety of great restaurants, bars and accommodation in Hout Bay. It’s quite a crime affected area, so be careful at night.