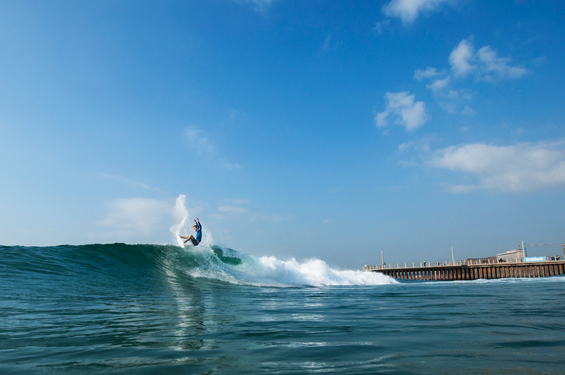 Looking to add some fresh life to a dwindling quiver, Zag popped down to Safari Surfboards and ordered a Slash model from Spider Murphy’s range of performance surfboards. Spider has been shaping sleds for some of SA and the world’s best during his 53 year shaping career, and the Slash is the product of decades of fine-tuning by Spinny. 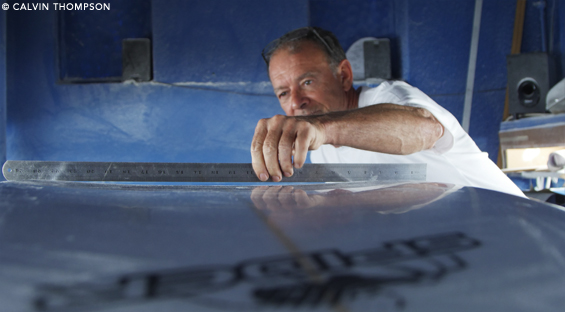 Spider spinning out another board in the bay.

We didn’t head down to Safari with our eyes on any particular model though, but after a brief consult with Spider we were convinced and placed our order for a 6’0” x 18 3/4” x 2 1/2” Slash model with a squash tail. Roughly a week later we picked it up, applied a fresh coat of wax, and paddled out during a grinding four to six-foot slightly onshore swell on the Bluff to put it to the test.

The waves were jacking fast and powerfully, so we were counting on the Slash to handle itself well during late and steep take-offs, plus hold its line through a committed bottom turn. And it did. The hidden volume just under our chest ensured we were into the waves early enough, while the thinned-out (pinched) rails meant that we could set a good line once we’d negotiated the drop. We found the Slash offered great stability and drive once we’d leaned into that bottom turn.

Qualifying Series campaigner Davey Van Zyl agrees: “The nice thing about this model is that it has a lot of hidden volume along the stringer and really nice rails, which are thinned-out towards the edges.” Now if only we could turn our Slash with the power and commitment of Davey. 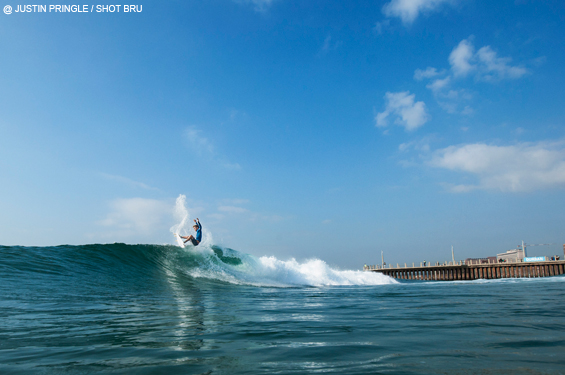 Another pro who has been tearing it up on his Slash is Matt McGillivray, who has been riding the model since the beginning of 2015. “I love the speed it generates,” reckons Matt. “As soon as you drive hard off your back foot you can feel the board accelerating beneath you. I also love the fact that it has the ability to draw sharp critical lines on the wave face. For me at the moment it’s the perfectly balanced high performance board.” A string of solid performances in Australia during the first leg of his maiden season on the Qualifying Series attests to this. 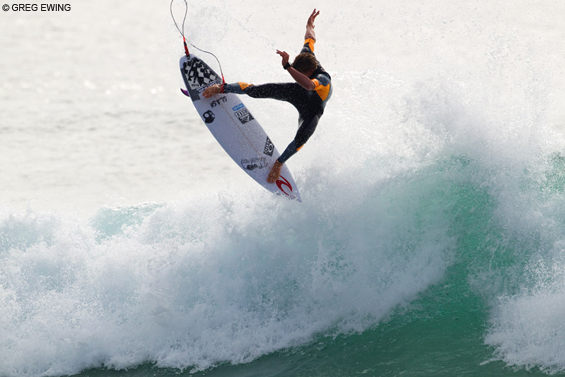 Matt warming up before his journey to Oz.

Taking the board out in two foot Durban surf was a whole other ball game though. We found that the Slash definitely likes it better in some juice, where it finds an extra gear. But it still offered good speed and drive on the smaller stuff. Davey Van Zyl tuned us his thoughts regarding the Slash in different conditions: “I’ve had a few Slash boards and it’s my favourite model from Spider. I had them all as round pins and so far for me it’s a great setup for carves and snaps. I love taking it out at J-Bay when it’s firing or at home at New Pier when it’s relatively good and running. When the waves are good, it’s my go-to board but it’s a great all-rounder too.” 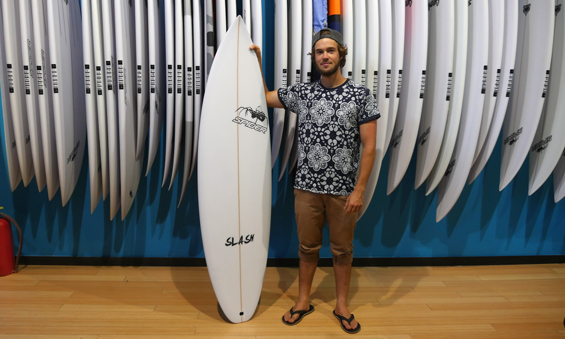 Picking up the Slash from Safari headquarters in Milne Street.

With winter on its way, we’re stoked to have added the Slash to our quiver. Perhaps a rounded-pin version a few inches longer will take care of all our needs for the season. After all, we’re not looking to slay some monsters at Dungeons any time soon. 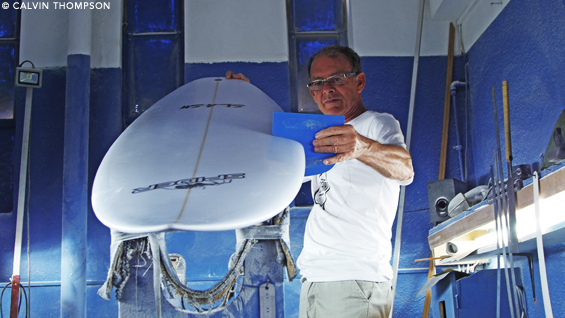 Spider making sure the rails are shaped to the letter. 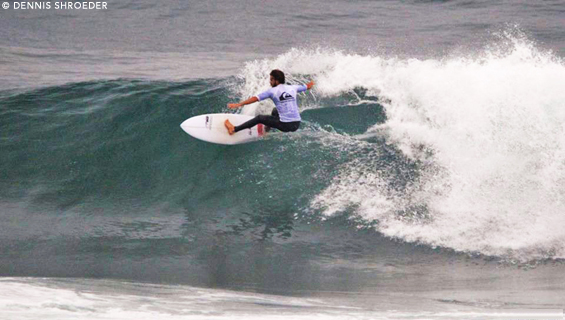 Calvin ‘Jnr’ testing out the Slash at the Bluff Boardriders first comp at Ansteys late 2015.