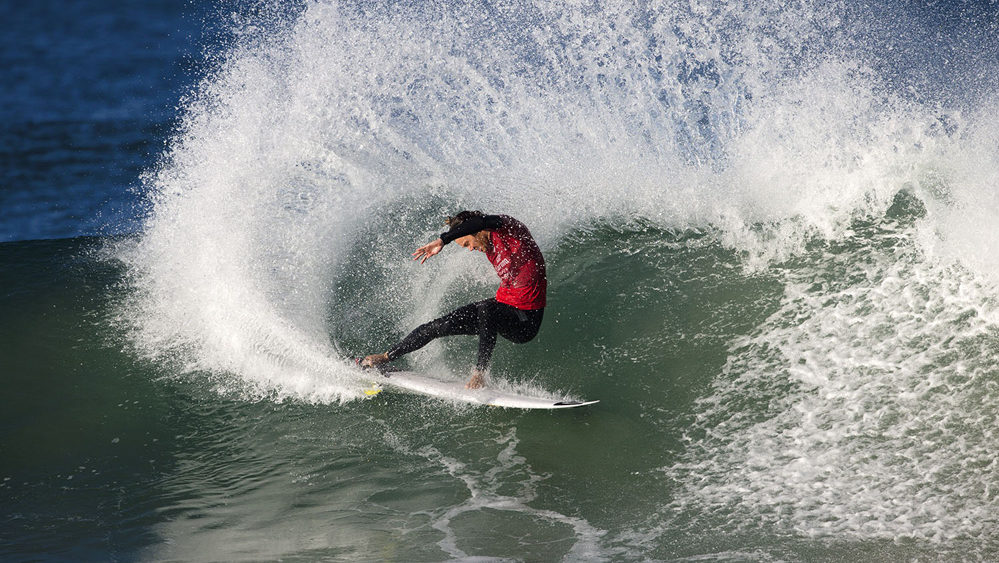 What You Still Have to Look Forward to

We were less than two weeks away from the start of the 2020 CT season. However, now thanks to the world’s ‘favourite’ virus, casually named after a beer that supports huge amounts of surfing, Snapper has been called off (You can read more about that here). What a bummer! Anyhoo, given the WSL doesn’t cancel many/any further events, there’s still a lot to look forward to, we’ll get to that in a minute.

Don’t know if you’ve had the (dis)pleasure of following the first two QS events on Australian soil, but damn, besides for one day, the waves have been utterly putrid. Basically, the kind of surf you’d imagine the French coastline along the Mediterranean Sea to conjure. It’s like watching an episode of Dylan Graves’ web series Weird Waves; entertaining to enjoy between answering work emails in the office, but nobody’s going to realistically traverse the globe in search of a closeout caused by a passing ferry in a dirty channel.

Anyway, here at the Zag we’re ready for real entertainment. We’re ready for the handsome movie star looks of Ronnie Blakey, Pots and Pans droning on about the obvious and Joey Turpel’s radio styled commentary. We’re ready for cooking waves, replays from multiple angles, and Rosy Hodge interviews. Oh Mother Nature, PLEASE send waves… and a COVID-19 vaccine ASAP so we can get the show back on the water. In the meantime have a quick think over these four hot scenarios that will eventually play out…. fingers crossed. 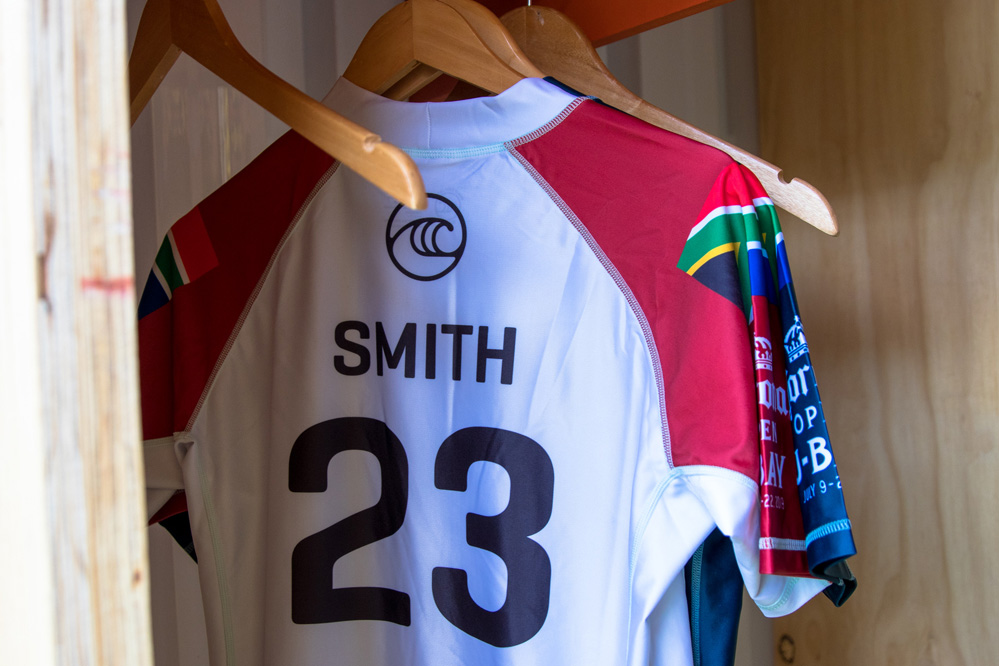 I remember when I was 16 or 17, Taylor Steele had just released the movie, Stranger Than Fiction, featuring the most hyped contingent of surfers on planet earth going absolutely ham. For groms born post 1995, that’s how things used to run! No web clips, no Instagram, just Taylor Steele filming the best of the best before dropping full feature movies. Which would keep you nourished for months on end. Jordy Smith featured in Stranger Than Fiction and I vividly recall watching his section with my best friend. First wave of Jordy’s section, he pumps down the line, stuck behind the foam for ages, finally the foam sets him free and onto the open face, Jordy gives two quick pumps and launches into a huuuuge full roat alley-oop. My mate and I sat there shell-shocked. We’d witnessed nothing of the sort ever before. It was a groundbreaking manoeuvre. Completely revolutionary (excuse the pun). And if that wasn’t filthy enough, Jords attempted another full roat alley-oop straight after, just for kicks. In case yo ass forgot, Jords led the pack in a genre-defining movie.

Although the big JS isn’t the most Hi-Fi surfer on tour these days, let’s not forget, he pioneered the movement. And every time JS dons a vest we back him for a world title. Here’s to another year of watching the big man compete and hopefully, winning a world title.

2.) Matty McGillivary – The first of many

Oh, man, we can’t wait for Matty’s debut season on the World Tour. Matty’s had one start at a championship tour event where he won the wildcard to compete at the J-Bay Open, but obvs as a wildcard, you end up against the highest seeds. In J-Bay, Matty went down to Julian Wilson. In the slowing conditions, Julian used priority effectively to get the best waves while Matty went berserk on the smaller ones. Anyway, 2020 is a new year and a new decade and we couldn’t be more frothed to watch Matty compete. Rumour has it Matty will be staying with Jordy on the Gold Coast (isn’t that sweet!). The veteran will take the grom under his wings while unveiling some trade secrets.

Matty isn’t one to hold back when the section presents itself, Matty knows only one way; destruction. And head judge of the CT, Pritamo Ahrendt, he loves that stuff. Uppercuts all day, baby.

Be sure to buy the upcoming Zag, which has a full-length feature of the Big Mac. 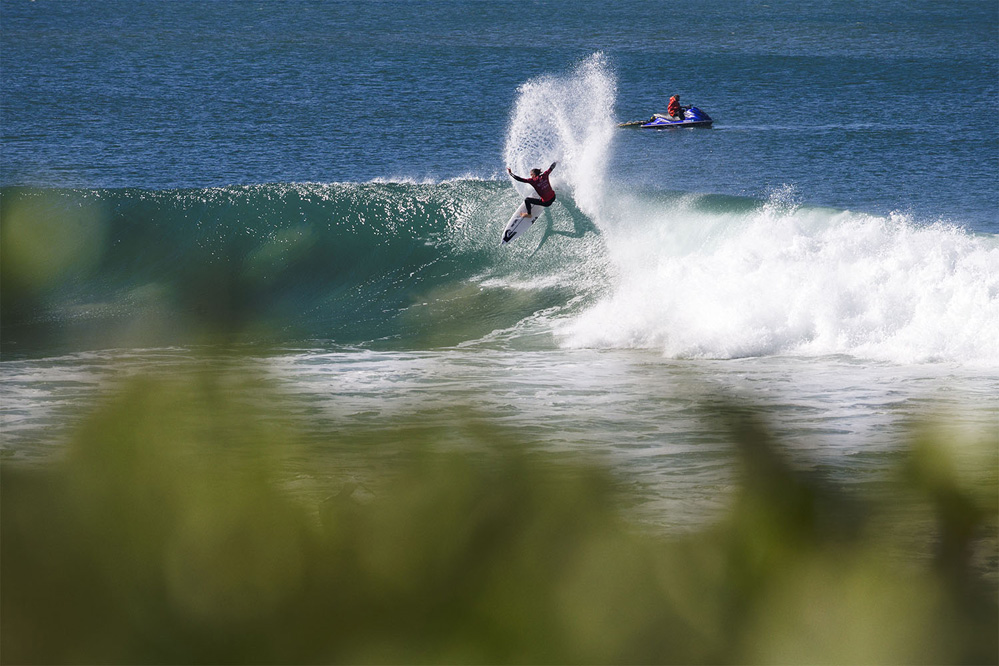 How do you think Mikey Wright would caption this image on his Instagram? Mike showing J-Bay some love. Image: Ewing

3.) The Mikey Wright & Leonardo Fioravanti. Let the surf off begin.

“After reviewing our criteria, as well as the independent medical board assessments, we believe both Leonardo Fioravanti and Mikey Wright have equitable cases for the second 2020 wildcard. After working with our event partners and speaking to both surfers, we have arranged for both Leo and Mikey to compete in the first three CT events of 2020 – Gold Coast, Bells Beach, and Margaret River. The surfer who finishes highest on the rankings across that opening Australian leg will receive the second WSL wildcard for the remainder of the 2020 season.” Said Pat O’Connell, WSL Commissioner.

We must admit, we froth on Mikey Wright. He’s got a mad dog thing about him, creativity to his surfing, a disregard for the criteria. There’s a Dane Reynolds influence to his approach and he doesn’t surf for scores. Who are the judges anyway? He surfs for surfing’s sake. It’s pure. Unadulterated. He surfs to redefine what’s possible. And we love it. And you should, too. But before we bow before Mikey Wright exalting him as king, let’s consider the Italian stallion, Leonardo Fioravanti. This morning I awoke, went onto the WSL app to catch the final seconds of Round 4, Heat 1 of the Sydney Surf Pro featuring the Italian Stallion. Before we continue with this story – what is up with Australia and having high rated QS events in microscopic waves? I mean, it’s 2020. Surely they could’ve figured something out by now?

Anyway, I digress, as the heat counted down Leonardo found himself a set wave (which happen to be 0.37ft tall) and lit that thing up like a Chinese Christmas tree in a Beijing ex-pat suburb. An electrifying performance! So electrifying I almost considered watching more of the event and its quarter foot waves. Leo and Mikey are going to be surfing out of their skin for that wildcard. Frothing. 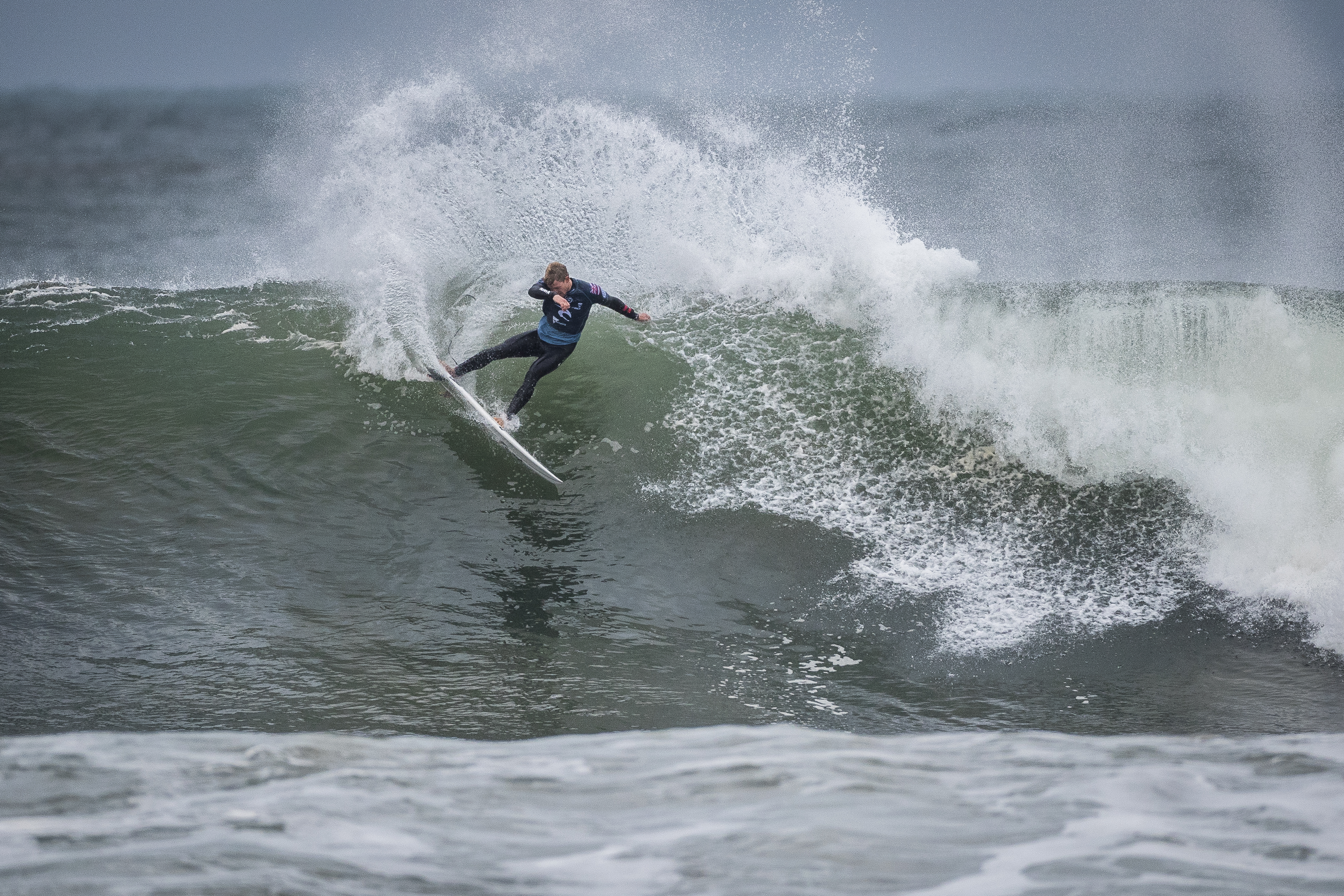 we’ve missed you terribly. Medina has been running amok without you around. He has a complete disregard for his fellow competitors and even burns them for funsies. We need you. We need you back pronto.

JJF is back and we’re excited. What a pleasantry. If Italo is the people’s champ, then John John is the surfer’s champ. He exudes a nonchalant like demeanour towards fame, he doesn’t (seem) to take advantage of his position and has a deep passion for the ocean. Oh man, has there ever been a more deserved champion? If you took away the money, the house on the North Shore, the fame, glory, toys etc, you’d most probably find John doing much the same as he did before. John’s back and that means Medina and Italo have a lion to deal with.