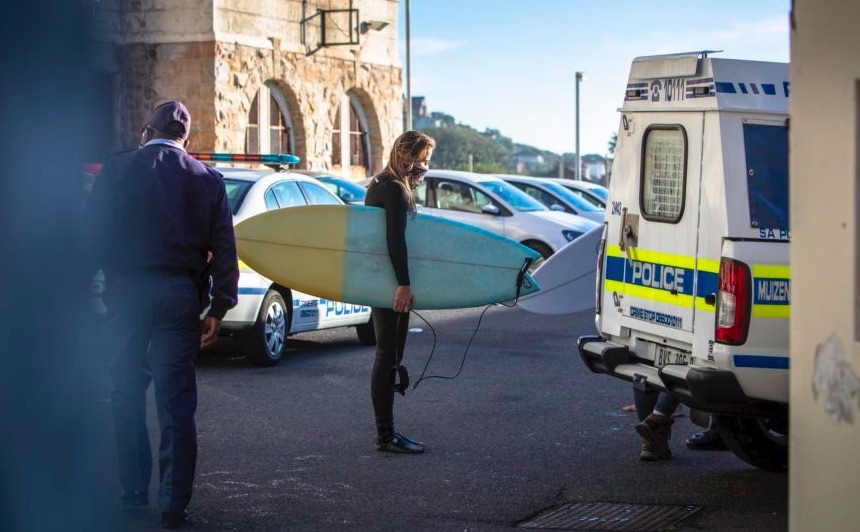 We Want to Surf!

Thanks to a blanket, nationwide beach ban, surfers all over South Africa are wearing the most recent level 3 lockdown legislation very heavily. Surfing is, once again, a crime. And there’s no room for wiggle, because the cops have been intent on enforcing it.

Now we could sit here and whine and moan about the unfairness of it all, the lack of nuance in governmental decision-making, all the lost business and why the police seem more active (and successful) in their pursuit of surfers than criminals… but really who cares. All we want to do is go surfing. So here’s an idea…

In the last few days, several powerful voices in the surfing community have come to the fore on social media imploring President Cyril Ramaphosa and the Coronavirus Command Council to reconsider the beach ban that has all but put an end to legal, healthy, safe, socially-distanced surfing. Joshe Faulkner (@joshefaulkner), Avuyile Ndamase (@avo_royalafrikangoofyfoot) and Muizenberg’s Local Surf Lounge Academy (@localsurfloungeacademy) have all made truly heartfelt pleas on our behalf. And kudos to them.

What we need is more of that! Let’s create a groundswell of polite and beautifully reasoned messages for the president. Follow their example and make your own case for why we should be allowed to surf and use our beloved coastline responsibly. Please remain calm and be polite. Tag the President (@cyrilramaphosa on Insta and Twitter), Health Minister (@dr_zwelimkhize on Insta and @drzwelimkhize on Twitter), Police Minister (@hamiltoncele on Twitter) and Minister of Cooperative Governance and Traditional Affairs (@ndlaminizuma on Insta and @dlaminizuma on Twiiter) use hashtags like #letussurf #openourbeaches #surfingisnotacrime and let’s make our case as these fine young surfing leaders have done! 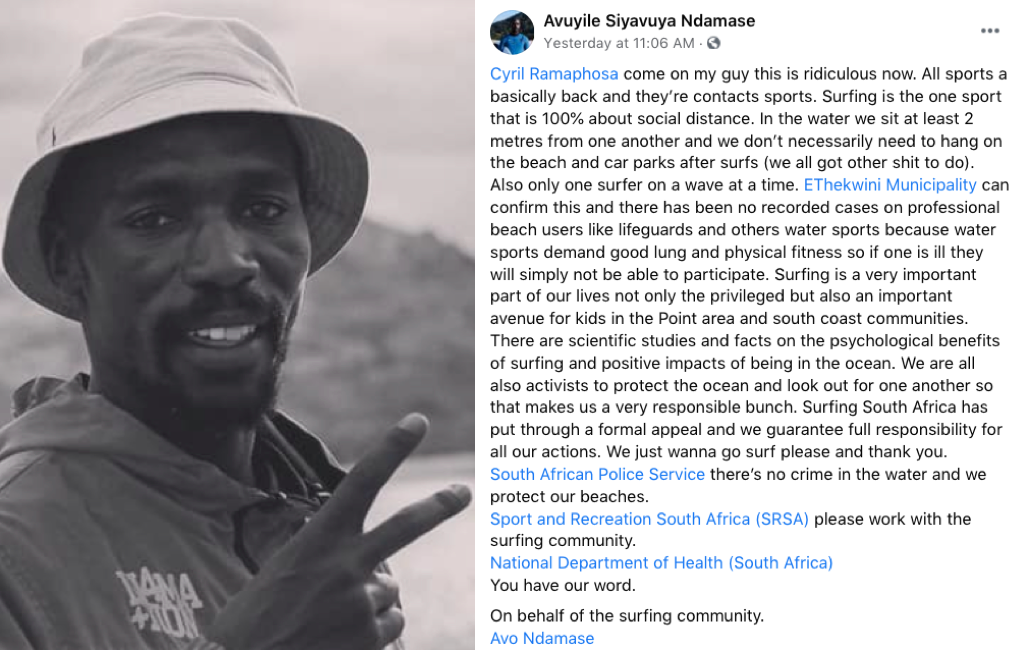 @Avo_RoyalAfrikanGoofyfoot: Cyril Ramaphosa come on my guy this is ridiculous now. All sports a basically back and they’re contacts sports. Surfing is the one sport that is 100% about social distance. In the water we sit at least 2 metres from one another and we don’t necessarily need to hang on the beach and car parks after surfs (we all got other shit to do). Also only one surfer on a wave at a time. EThekwini Municipality can confirm this and there has been no recorded cases on professional beach users like lifeguards and others water sports because water sports demand good lung and physical fitness so if one is ill they will simply not be able to participate. Surfing is a very important part of our lives not only the privileged but also an important avenue for kids in the Point area and south coast communities. There are scientific studies and facts on the psychological benefits of surfing and positive impacts of being in the ocean. We are all also activists to protect the ocean and look out for one another so that makes us a very responsible bunch. Surfing South Africa has put through a formal appeal and we guarantee full responsibility for all our actions. We just wanna go surf please and thank you. South African Police Service there’s no crime in the water and we protect our beaches.
Sport and Recreation South Africa (SRSA) please work with the surfing community.
National Department of Health (South Africa)
You have our word.
On behalf of the surfing community.
Avo Ndamase

It’s so funny how in J-BAY gangsters are fighting and killing people while police are patrolling beaches…it’s almost a year now since they brutally killed my cousin and the police only arrested 2 while 8 still walk past us everyday and talk about how they killed him and who did what and a week before that happend 2 days before my 21ste birthday my house was broken in to and they took every single thing there was inside i come home to nothing the next day i went to the guy who did it with the police and the guy told us where my stuff is and all the police did was take him to jail for one day and the guy sold all my stuff to drug lords everything I worked for all my life taken away and the guy is in jail for one day so sad that most of the gangsters was surfers before actually almost all of them was. And they only go to jail for 2months nowadays for killing someone and here’s @cyrilramaphosa wanting to send us to jail for 6months for surfing I think maybe we get the 2months and they get the 6.. police have better work to do then patrolling beaches..plz go give @amandlasurffoundation and the boys this is klompie a follow as we try help children from places like where I’m from not turn in to gangsters and have a better future it’s so easy to get involved in stuff like this when everyone around you do it but hopefully soon we can change that and make places like J-BAY pellsrus a better place but first Cyril need to open the beaches and stop gangsters from killing people. 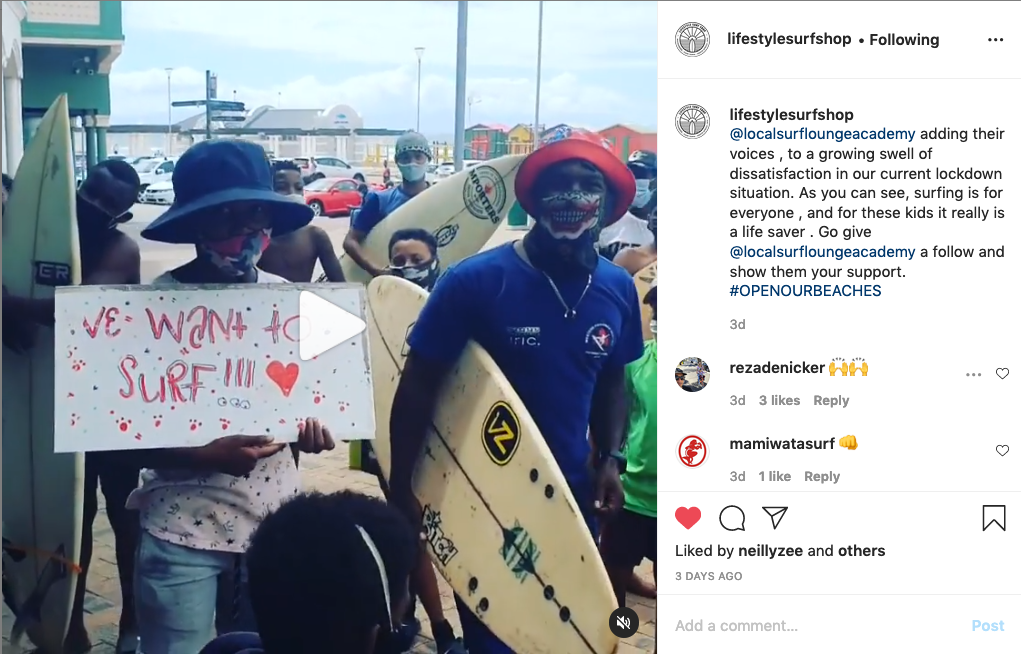 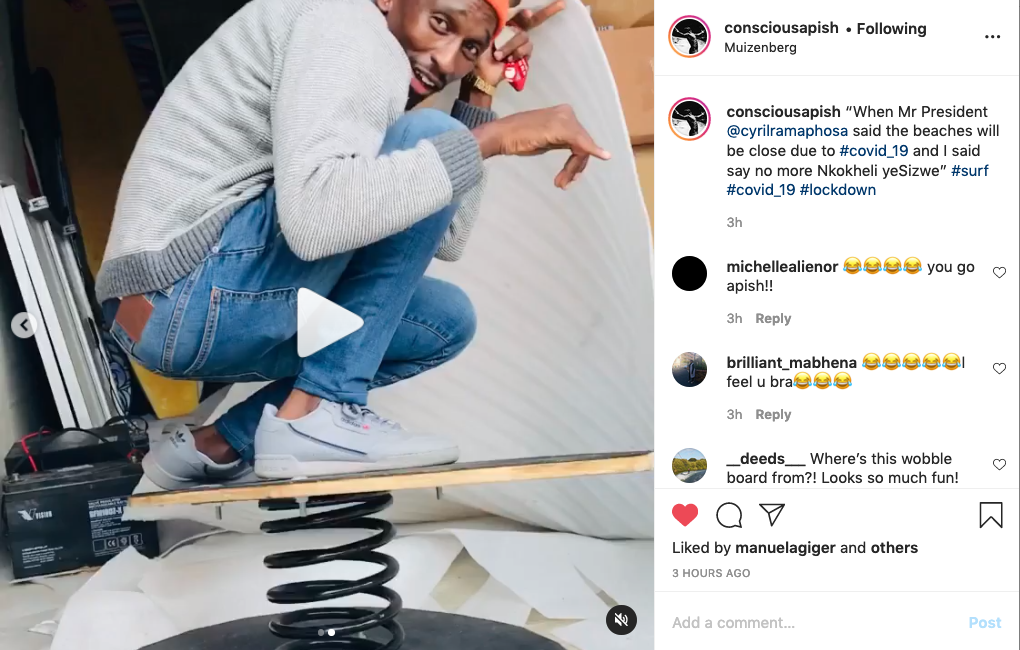