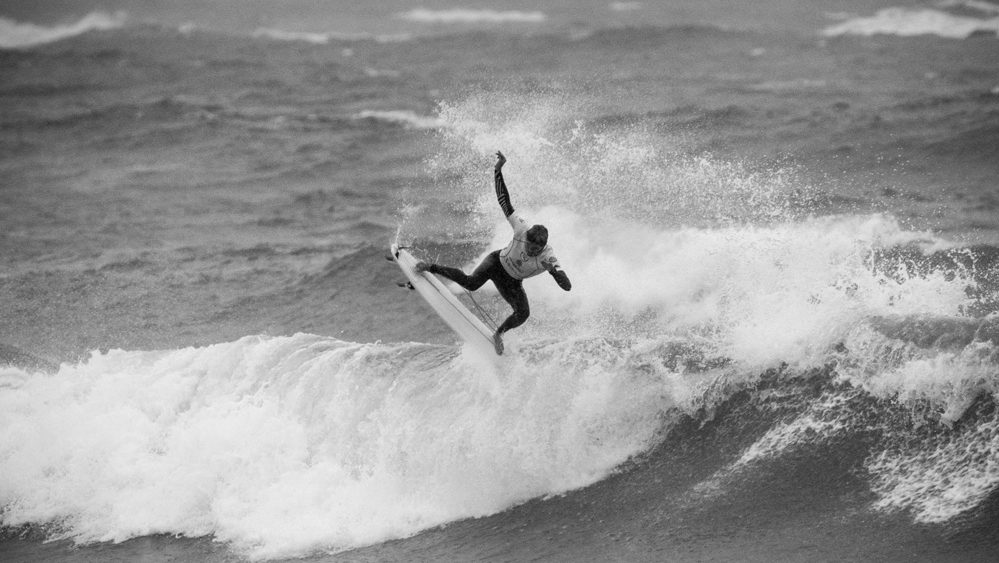 The weather gods have not smiled upon us this week. It’s been raining and it’s been cold but at least there have been damn fun waves! And don’t we South African’s love waves with a bit of push? Yes, we do! The open men’s division kicked the day off, followed by the open women’s division and the juniors sealed the deal. The weather wasn’t on our side, but the surf didn’t disappoint and neither did the performances. 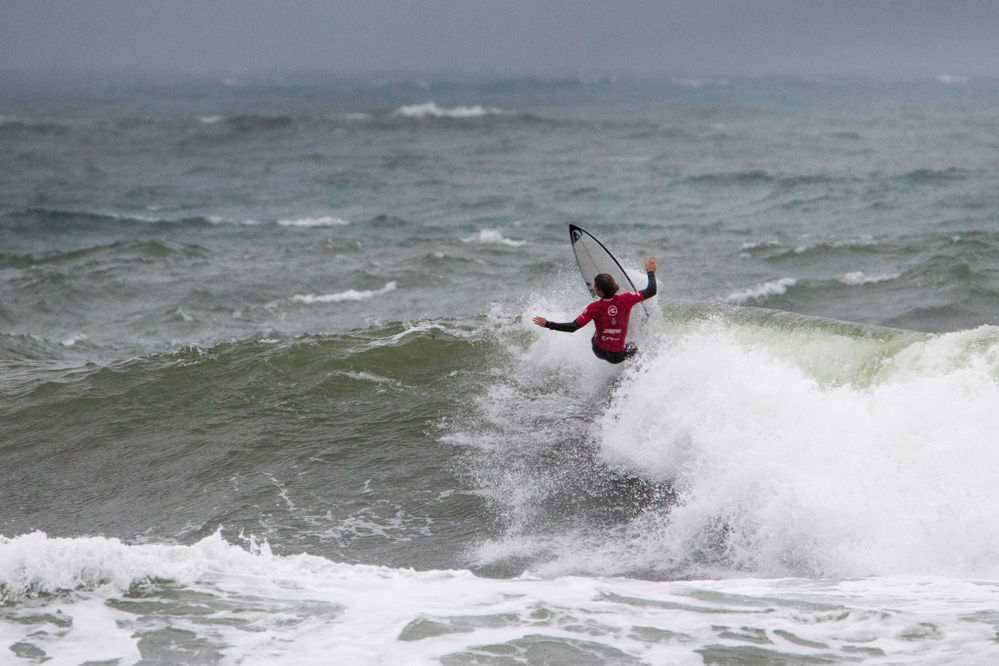 Luke Slijpen has been going ham throughout this event. Throwing himself at a massive section with no concern for his well being.

First heat of the day, open men’s quarterfinal one: Beyrick vs Eli vs Shane vs Saxton. And Eli came out with a bang! At the Nelson Mandela Bay Surf Pro, we wrote how Eli approaches every wave with reckless abandon: all instinct, limited heat strategy. And it showed. Eli knew he had a couple of big name seniors in his division and he’d have to bring the heat. Yesterday Beyrick handled his competitors like a chef cooking a steak in a frying pan but that wasn’t about to happen to Eli. Eli surfed big, ditching his fins wherever possible ending the heat with a 7.00 and a 6.80, easily taking the heat win ahead of Beyrick. 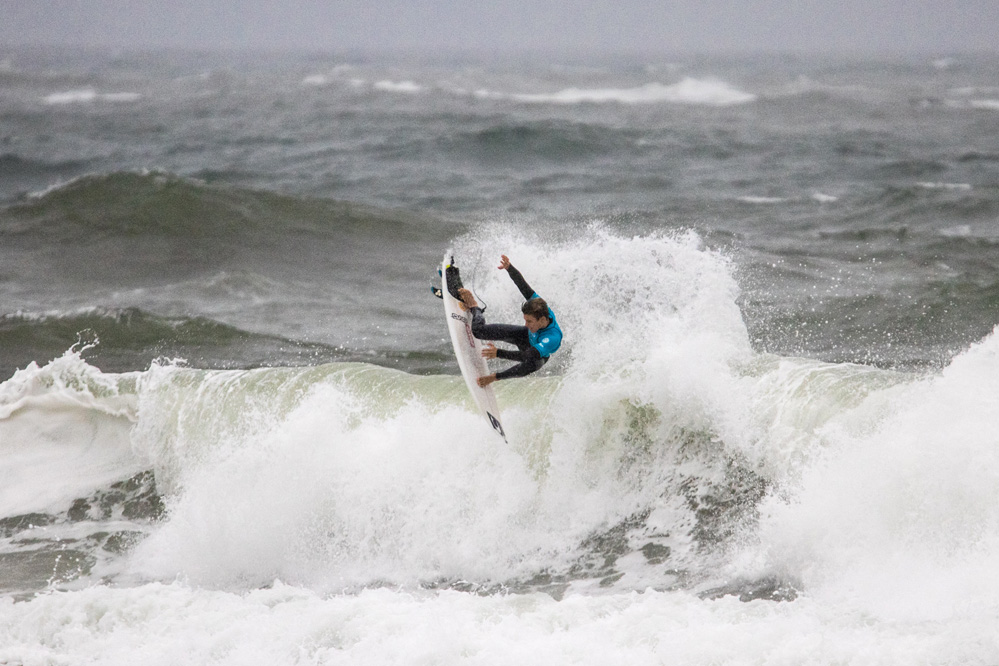 Matt McGillivary’s not around bu no worries, we’ve got Eli to entertain.

Heat two of the men’s quarterfinals was all about Slade Prestwich. Slade disciplined his competitors like a principle laying down the law with a couple of disobedient school kids, giving them all Saturday detention and making them write out the school code of conduct. Slade surfs big, his turns are big and he bullies waves. He made the juniors look like juniors and he made himself look like a man. Slade surfed many waves in his heat, eight in total, continuously rolling the ball in the tricky conditions and he ended with a 6.20 and 8.25. It was a deserved heat win. Slade will take on Beyrick, Luke Slijpenand Eli Beukes in semifinal one and it’s bound to be a showdown for the ages. 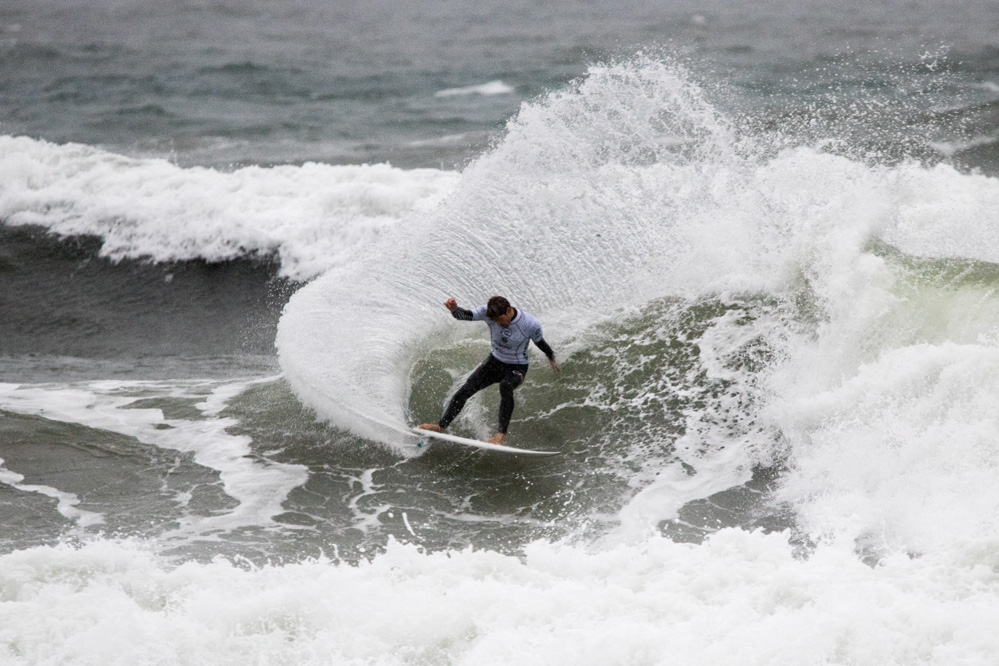 Slade with a man carve.

We’d been crying out for a saviour, pleading for a liberator, a David to take down the Goliaths that are the Japanese Five and finally, we found one in the form of Zoe Steyn. Zoe could not find her way to the finals in both the junior and open divisions in Port Elizabeth. But today Zoe awoke. She shone in the tricky more powerful conditions. Her patented backhand snap was made for the sand bottom point break that is East Beach. Zoe posted the two highest wave scores of the round, a 6.75 and a straight 7. In her junior women quarterfinal, Zoe really found her stride, the surf had picked up a touch and was draining off the sandbank. Unafraid of the consequences, Zoe proceeded to bash any lip that appeared in her field of vision. The judges noticing her brazen approach awarded her a 7.25 and an 8.00 for her efforts. 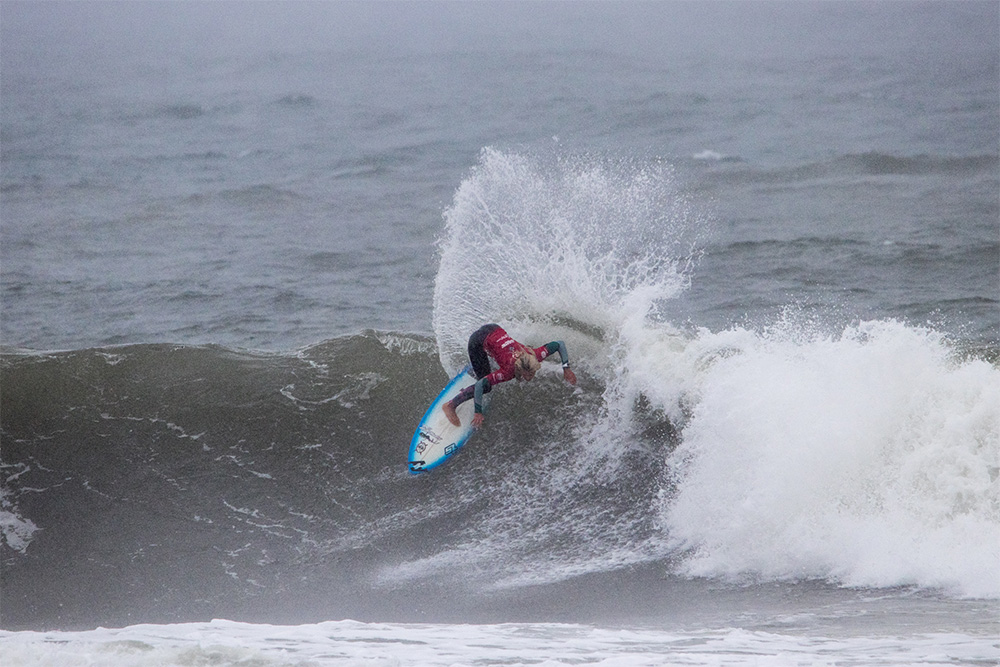 As the day progressed and the Katerina of a storm that was predicted delayed its arrival the contest directors promptly adjusted the schedule to include more heats. And the next minute we were into the junior men’s and women’s divisions. The rain continued to pelt down making everyone on the beach feel like a bunch filthy sewerage rats but the action in the water continued and it was scintillating. Junior men’s quarterfinals heat 2 and Max Elkiningtonfinally came to the party. Max has had a difficult start to the season bowing out early in PE but the powerful, draining waves of Port Alfred, like Zoe, suited mad Max. The more the wave heaved towards Max the harder and tighter he banged it.

The day concluded with a semi-final presentation of the junior men’s and women’s divisions. The standouts? Zoe Steyn and Thomas Lindhorst. In Zoe’s junior semifinal heat Zoe took off on a solid 4-foot heaver. She proceeded to do the biggest turn of the women’s division thus far. A massive closeout bash on a death section. After the heat, Llewellyn Whitaker, her coach, was (apparently) seen traversing the area with a smile so wide his cheeks almost tore. On the men’s side, we saw a breakout performance by Thomas Lindhorst. Thomas ‘the dark horse’ Lindhorst had a stacked heat that included Max Elkington, Eli Beukes and York Van Jaarsveldt. Thomas had to bring the heat to make the heat. And bring the heat he did. Thomas found two cranker waves, two diamonds in the rough, two waves that screamed, “Beat me, beat me, beat me!” And beat them he did. Taking off his belt and disciplining those things all the way to the shoreline. After each of his waves, Thomas stood tall, staring the judges down as if to say, “What you gonna give that!?”

Tomorrow is finals day, the wind is predicted to drop off and the sun may even make an appearance. The event will also be streamed live, so be sure to follow online. 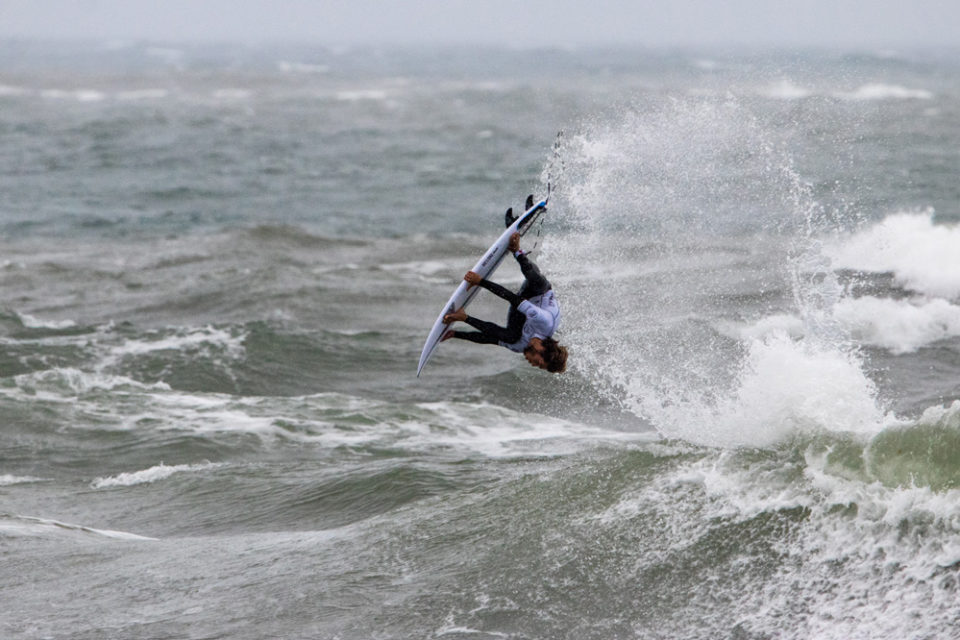 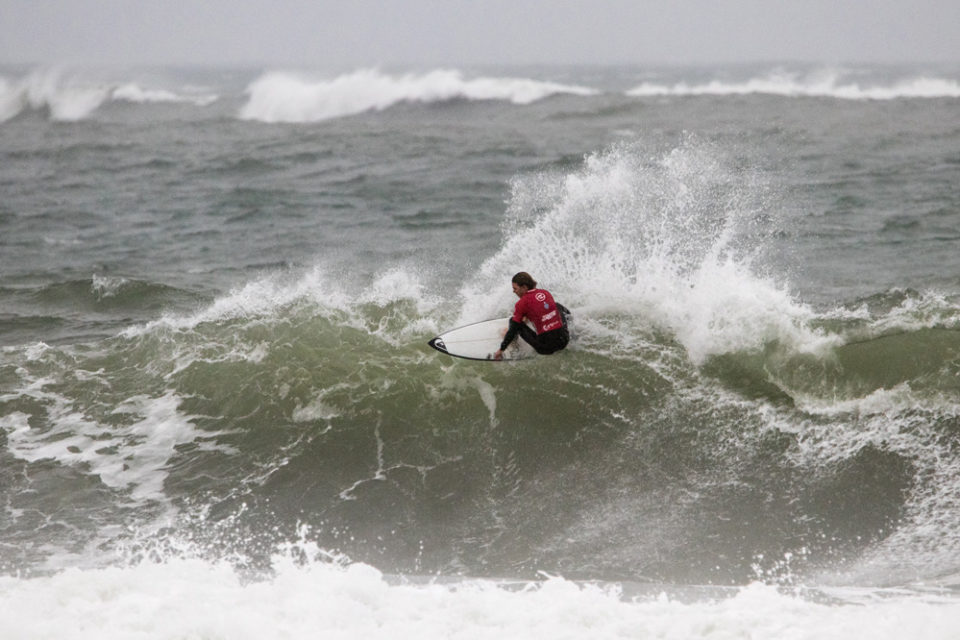 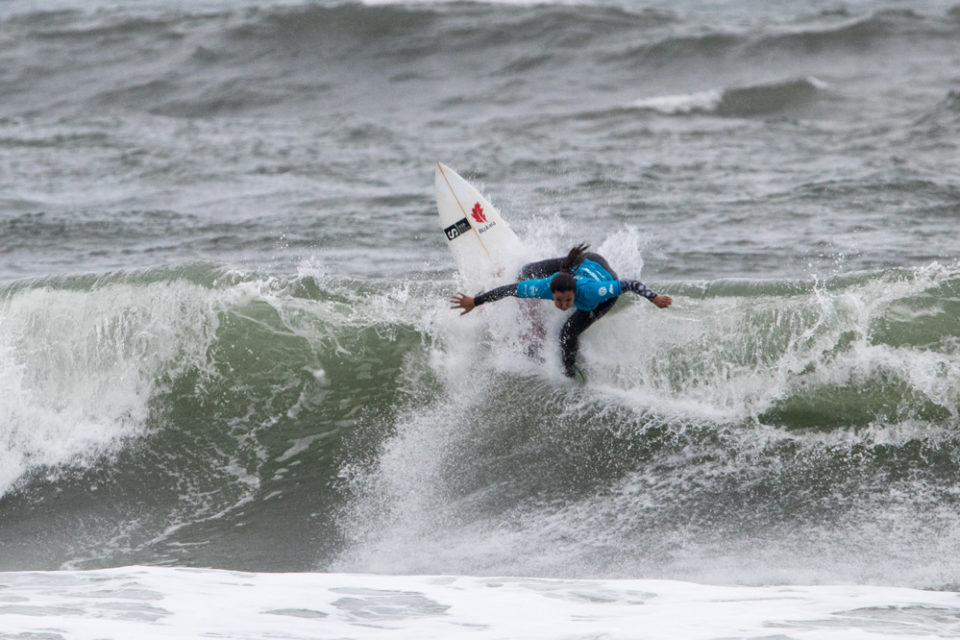 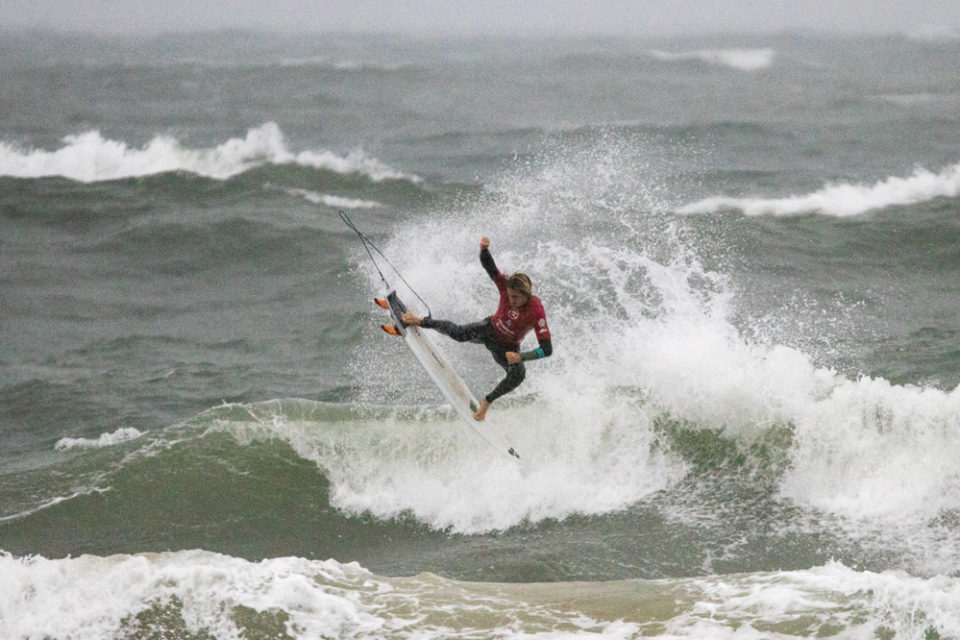 Beyrick didn't have as dominate performance as he did yesterday but he's through to the semis nonetheless. 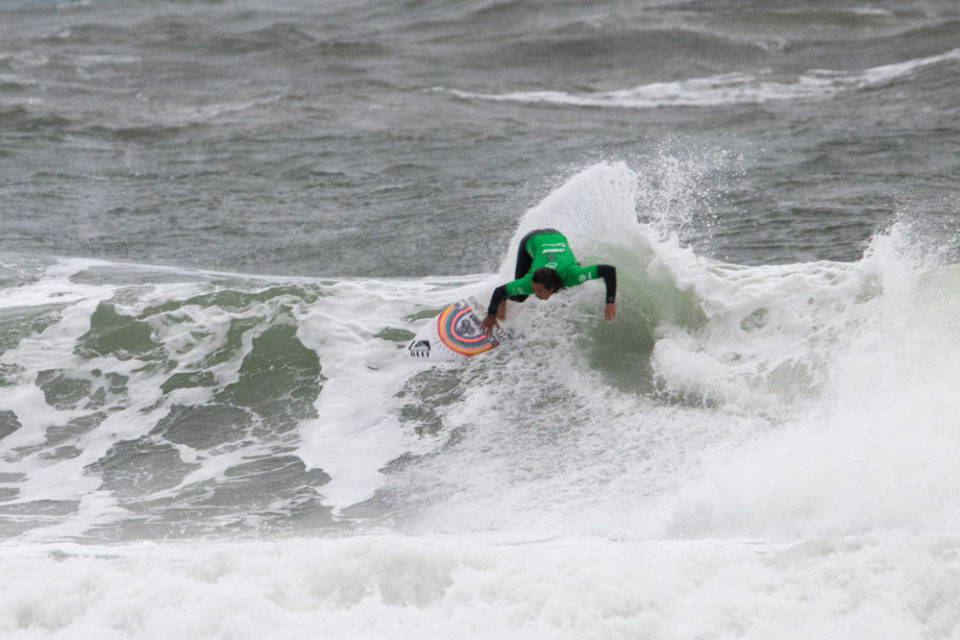 Darcy Crump, the lone Australian in the draw. 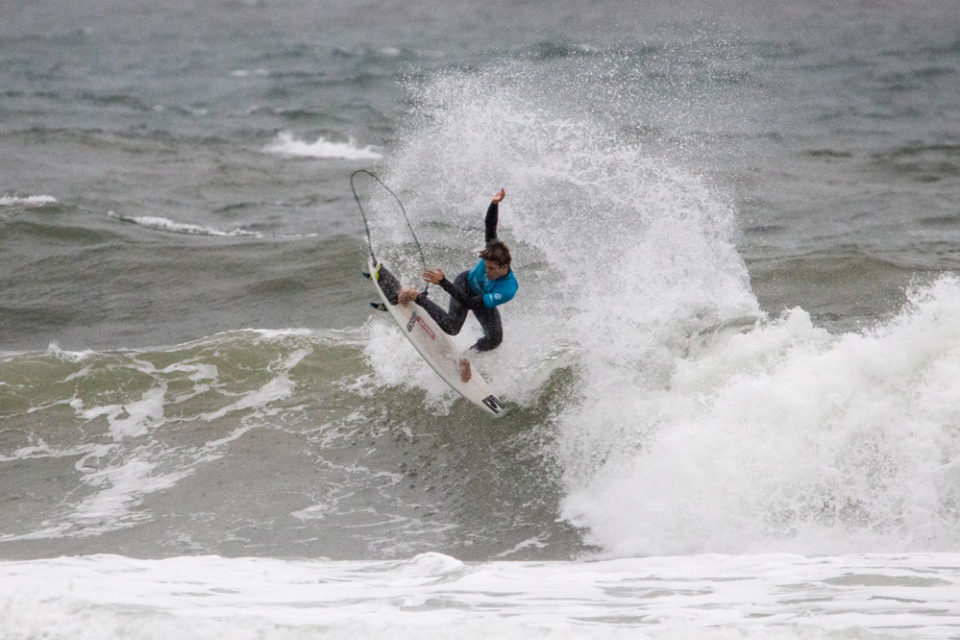 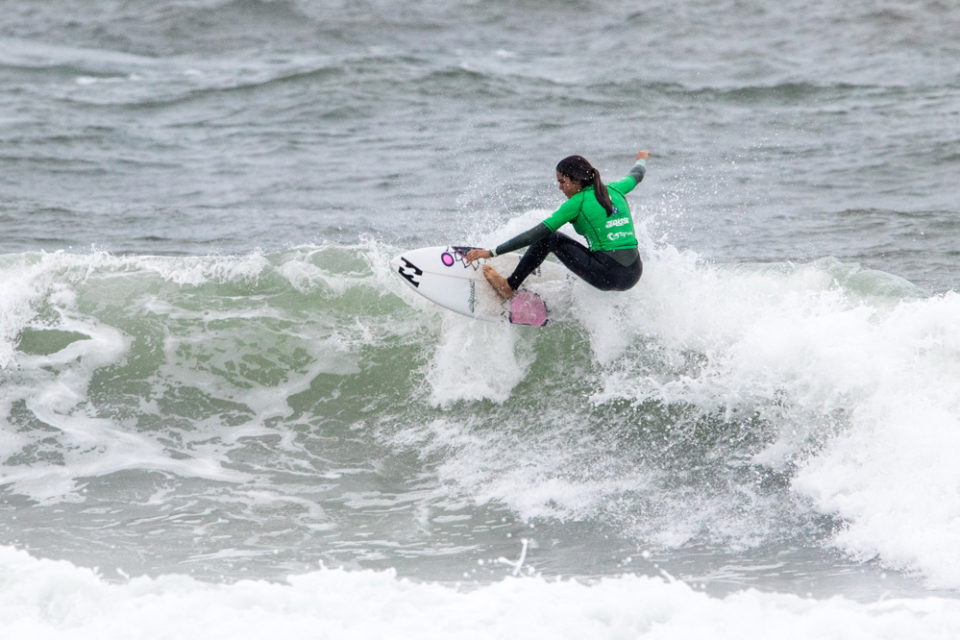 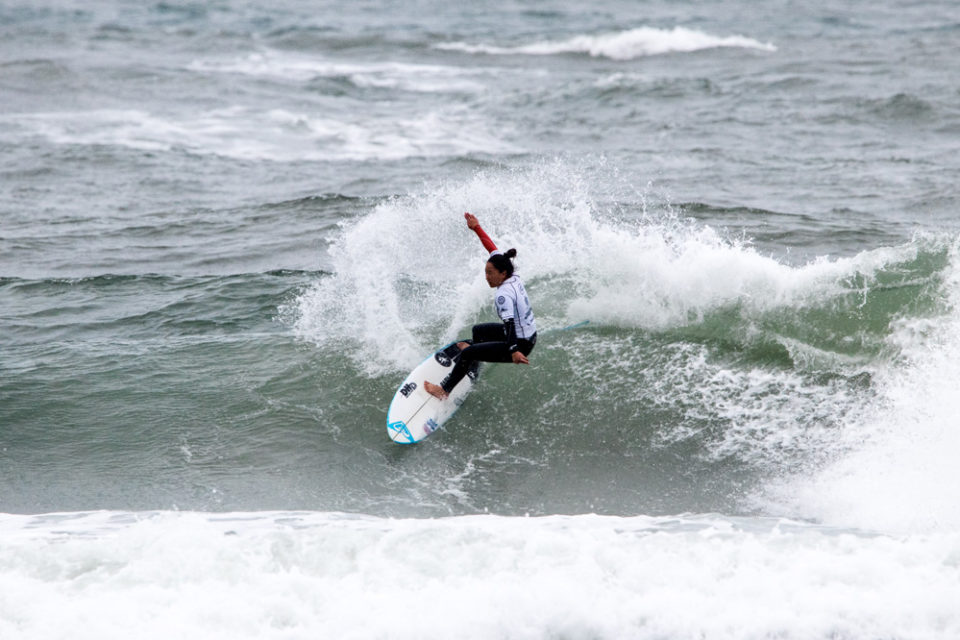 Ren Hashimoto and a delightful down carve. 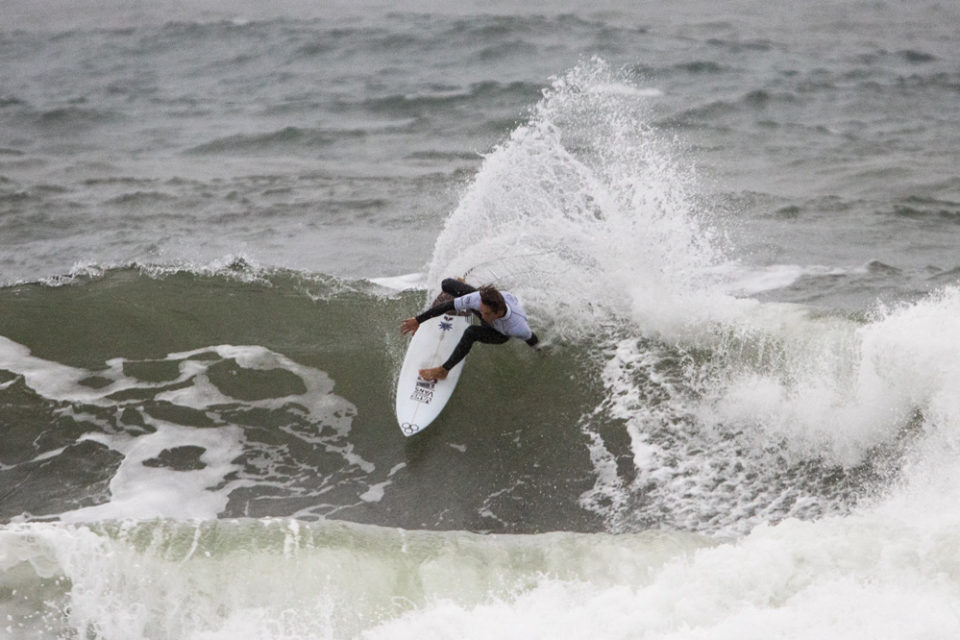 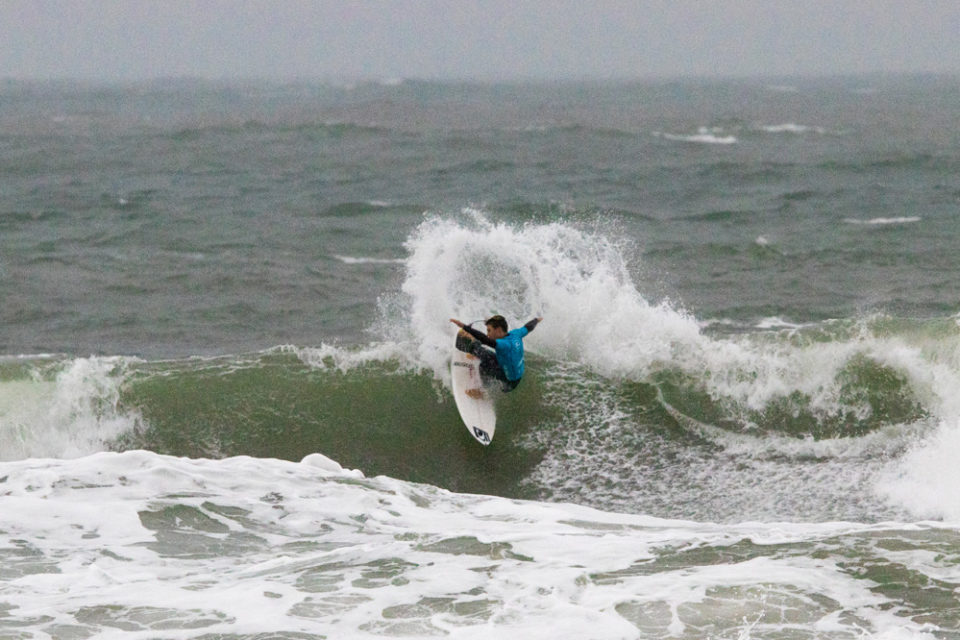