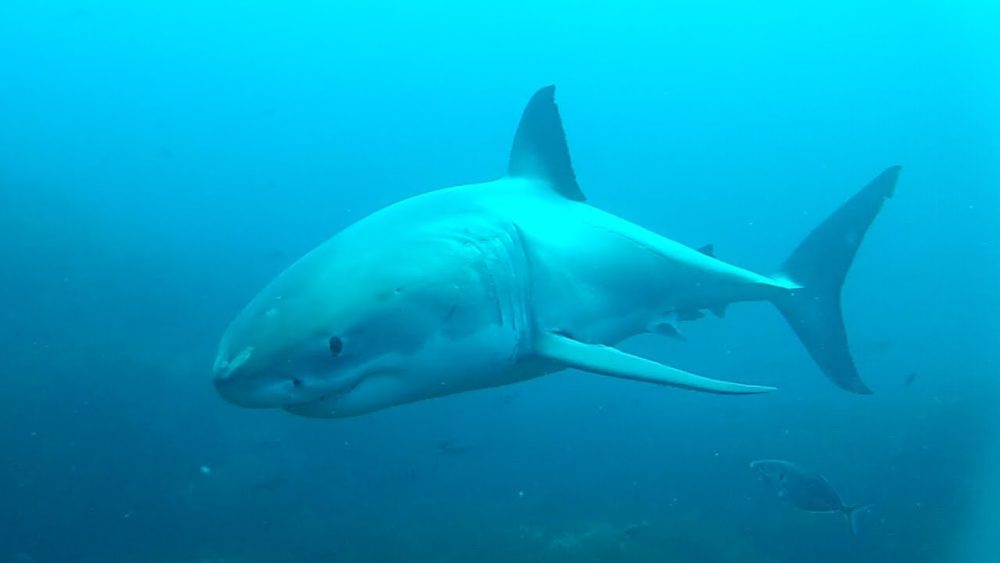 Twenty months, that’s how long it’s been since a white shark had been spotted cruising the shallows of False Bay, until today! Reports indicate that the 4m white shark was spotted around seal island earlier today, Shark Spotters have since been put on ‘high alert’ for any further sightings.  The news no doubt brings a sense of welcomed relief to the struggling shark tour operators across the bay that have taken a massive hit over the past 2 years. The shark diving industry supports roughly 750 people through its various levels.

Gregg Oelofse, the man in charge of overseeing coastal management for the City of Cape Town had the following to say:

“We welcome the sighting, but it is too early to refer to it as a ‘development’. We are monitoring the situation and will only be able to determine the significance, or a possible return of the great white sharks to False Bay, once more sharks are sighted over an extended period of time.”

The white shark vanishing act was talked about the world over, where did they go? Zag covered the issue a while back after talking to a handful of the industries’ top brains. In case ya missed it, hit this here link to find out what the working theory was.

In short, the heart of the reason behind their absence was unclear, but scientists have suggested it could have been due to the presence of two orcas known as Port and Starboard, who prey on the sharks, or to overfishing of prey species or climate change bringing about unfavorable environmental conditions.

Shark Spotters were averaging roughly 205 sightings annually between 2010 and 2016. Following that, sightings fell to 50 in 2018 and then none were seen.

“The spotters still regularly observe other large shark species in the inshore area, such as bronze whaler sharks. While these do not pose as a significant threat to water users as great white sharks, it is often hard to distinguish between the two species,” said Oelofse.