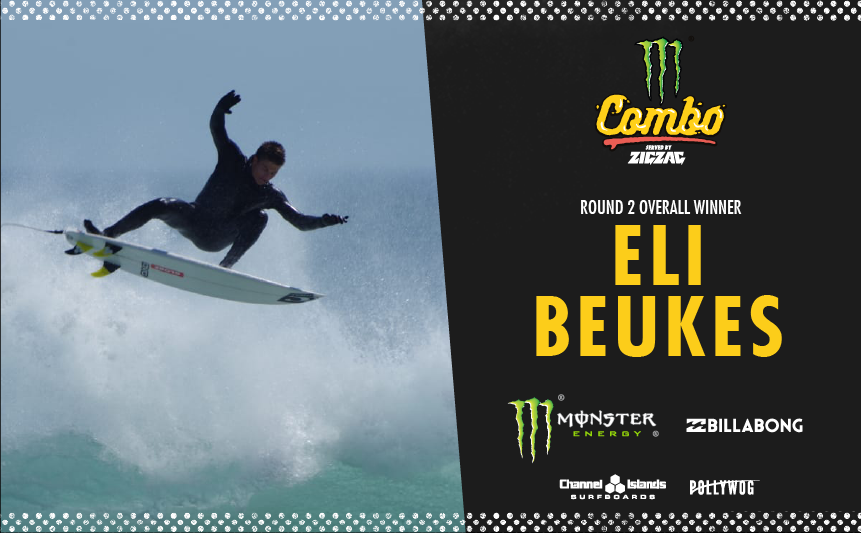 Congratulations Eli Beukes, the official Round 2 winner of the Monster Combo. Eil’s efforts see him win a R2000 Pollywog gift voucher and an entry into the final with a chance to win R20 000 cash + his spot on an international surf trip with Matt Bromley and the Zag and Monster crews. Pete Beukes feeling the good vibes too, banking R2k cash for his efforts behind the lens.

As for the Monster Combo Round 2 Local Hero award? That honour has been bestowed upon Forrest Hair. Forrest scoops a brand new custom Channel Islands surfboard and a toasty Billabong steamer wetsuit.
Ladies and gentlemen, the window period for Round 3 has officially begun and closes 15 December! With only 2 months of competition remaining, don’t let a golden opportunity go a-begging. Grab your camera and drag your mate down the beach, get those combo’s down and send’em in!!

Another Round down, son! What a round it was. Saucey entries pouring in from all over Mzansi. Here’s how it went down in the eyes of the judges.

Round Winner – Eli Beukes  – 100% commitment to the full rote, stomping it cleanly, and without hesitation or readjusting, smashed the closeout section. A close second is the absolute annihilation of a wave by DVZ, and we love seeing the barrel into man carves by Luke Thompson and Ducky Staples.

Round Winner – Eli Beukes – With his mental full rotation air to close out manouvre. He used a crazy air reverse to project over the section, kept his speed, and finished pretty strong; Amazing innovation and speed. 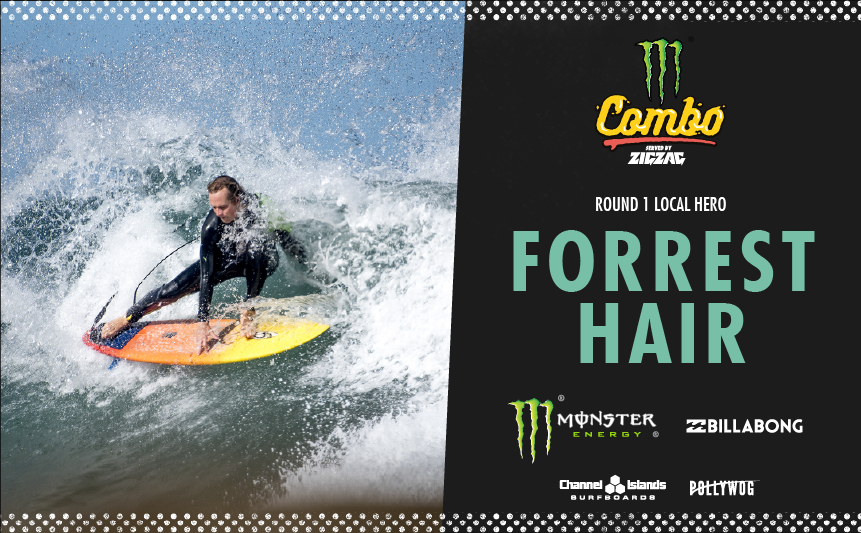 Now it’s on to round three. Who’s gonna join the ranks and lock horns in the final. This is your last chance to enter. Send it!

To get you frothing on the next Round here’s the highlight reel from Round 2… You’re welcome.