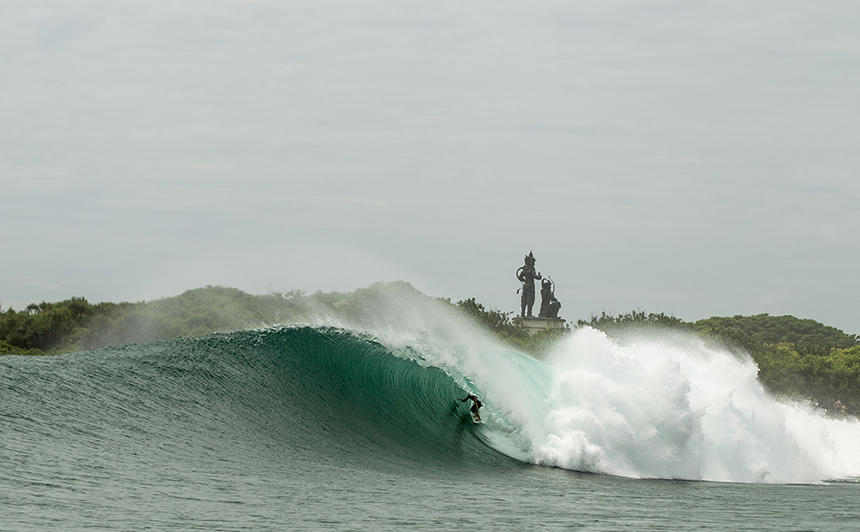 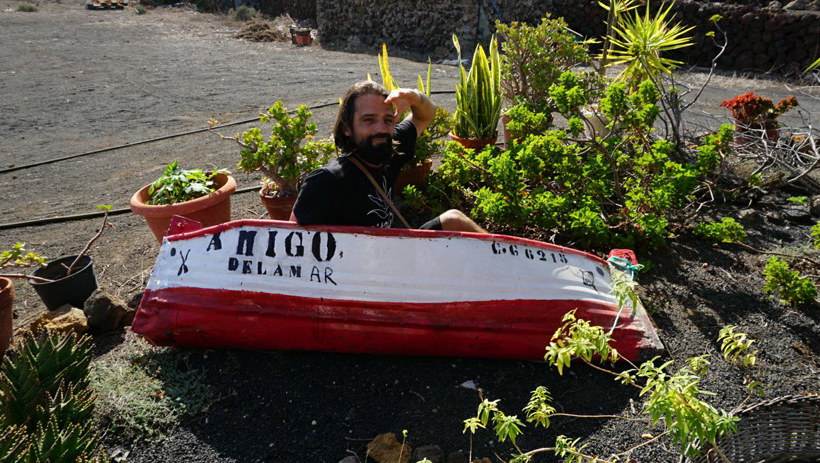 In 2013, the Zag put together an article featuring one of South Africa’s most interesting ‘underground’ surfers. Travelling the tropics and getting barrelled on the daily, this man has truly embraced the nomadic lifestyle enjoying life, sharing good moments with good people, and tuning out the white noise that sucks most of us in. You might be forgiven for not knowing who I am talking about, even if his name is in the title. Harald reigns from the small seaside town of Hermanus and can ride a barrel better than most pros on the Championship Tour. He has no set agenda, no 9-5, he works on his own time and loves every second of it. A man truly connected to the world around him, living only in the present.  In case you missed the article in issue 37.3, take five minutes to catch up by reading it below before continuing with this one. Simply click the images to pull up a bigger more reader-friendly version. 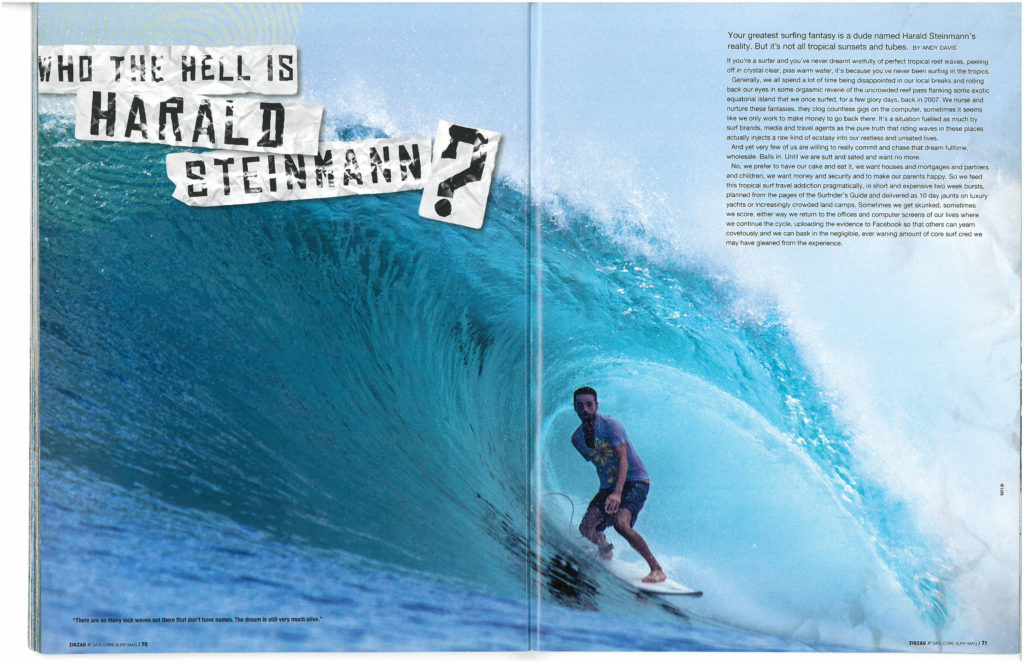 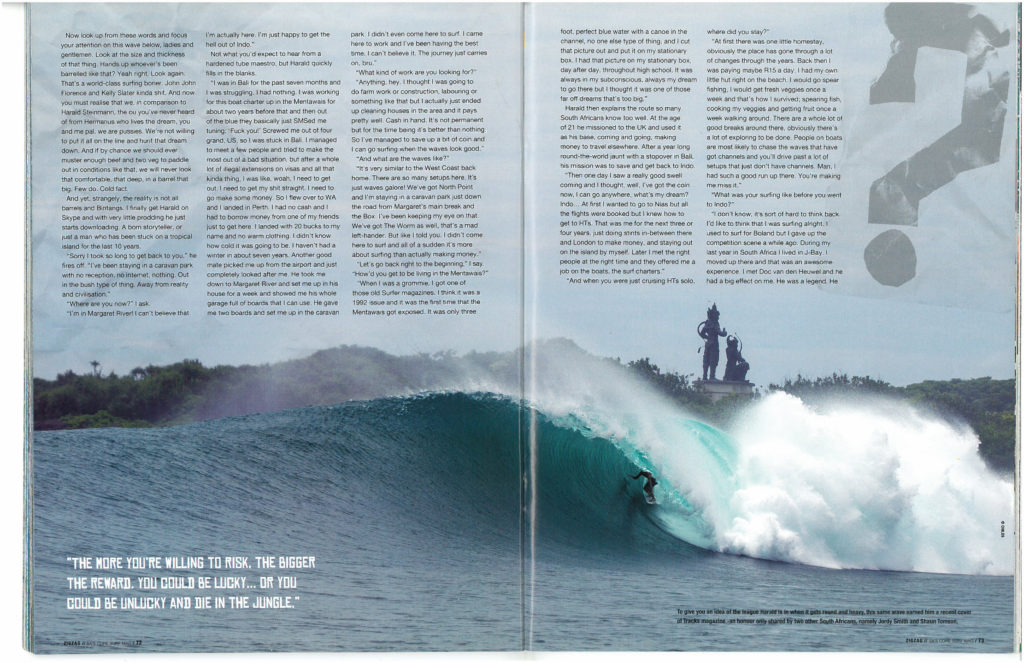 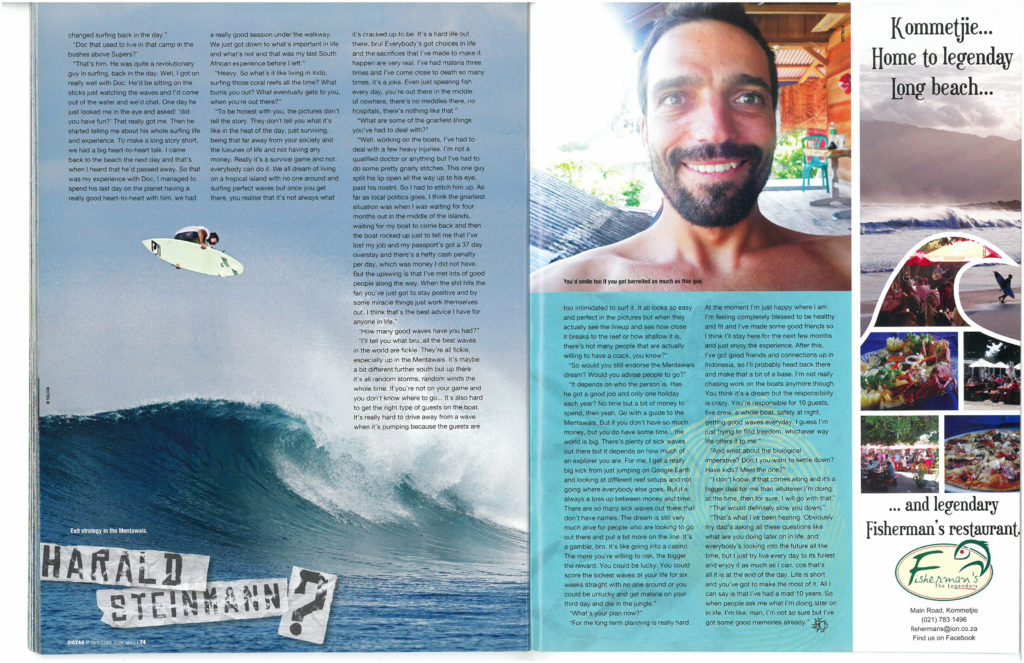 Alright, so now that we’re all on the same page, it’s time to find out what the hell Harald has been up to over the past couple years. And who better to tell the story than the man himself. So, let’s cross over to Indo’s adopted son – Harald:

Not much has changed really, especially where my general aspirations are concerned. I’m still chasing down special swells and trying to remain in a positive frame of mind whilst I navigate the tricky labyrinth that is my life. It’s strange how life allows a person to flow from one random meeting to the next. Let me give you an example, I met a now longtime close friend by chance one night after a guy I know told him, without my consent, that I would show him some uncrowded spots. Now, before we go any further, I strongly dislike taking randoms, or dare I say just about anyone, to my secret spots, my temples, but being broke at the time I reluctantly obliged on condition all my expenses would be covered on his behalf. He didn’t even batter an eye at the proposal and accepted. Turns out the guy grows nearly a ton of weed, legally of course, every year in Northern California. Since that day we have done a ton of trips to all sorts of nooks and crannies. 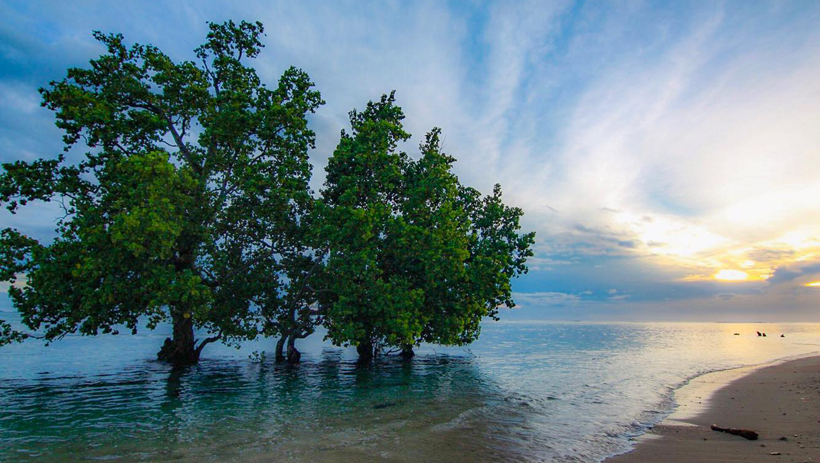 Our crossing of paths led me into another realm of life. Festivals, more specifically Burning Man. Now, this is a festival not for the faint-of-heart. Ten days in the Nevada desert, totally self-reliant without the possibility of buying anything, with a city constructed for that time frame and purpose and buzzing with 70 thousand open-minded free-thinking millionaires. Cashless hippies cannot afford to construct mind-boggling art structures and glittering disco-tech art cars for recreational purposes only to be displayed and enjoyed one week a year. This is, contrary to first impressions, without a doubt the biggest congregation of the world’s wealthiest, hardiest party animals to roam the planet.

That life-changing experience funnelled me towards South Africa’s own version of the phenomena, Africa Burn. I have been home only three times in sixteen years, the last time was in 2017. Escaping North Cali at the end of 2016, I got summoned to guide a lovely charter boat from Phuket Thailand to Padang Indonesia. On arrival, I made a U-turn and returned to the Mentawais in feral fashion for a few weeks, after which I went to the Gili air festival. Feeling the time was ripe for a family reunion, I was easily persuaded to book a flight to Cape Town. After all, it was Skeleton Coast season.

After burning it up in the desert and surf tripping into the desert (half-baked we booked flights to Windhoek instead of Walvis Bay 400km off route). I stuck to the desert theme and flew to Lanzarote Canary Islands. Namibia is like a tropical jungle in comparison. Zero trees. The odd cactus and volcanic rocks dominating the harsh yet strangely beautiful landscape. Now, I don’t have a local break. Wherever I am I consider home, I am a citizen of the world if you may. I have utter respect for others in the lineup, even cheer them on and give them waves. Usually, I’m solo. After waiting months for good conditions, during which I scoured the coastline for more private setups which would suit my palate, I finally got the conditions I was waiting for. 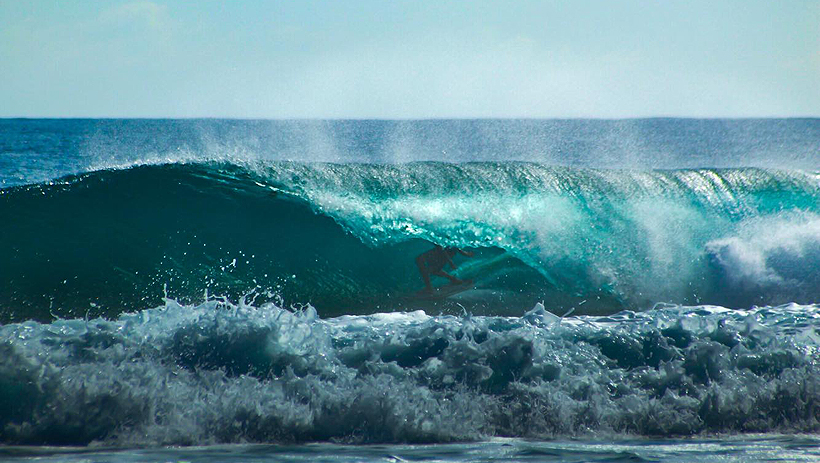 Frothing for the swell, I arrived first thing in the morning with not a soul in sight and saw a good set spitting buckets. To my surprise, a car arrived out of nowhere. I gathered they were semi-locals after telling me no photos were allowed, so once again in this story I reluctantly obliged. After getting on a few waves I saw more cars arriving. At this point I started getting that weird feeling in my gut and decided to avoid any possible drama by paddling ashore. After getting mauled over the urchin-infested lava slabs void of a channel and onto shore only to be blown back over the rocks by the now howling offshore, I finally sat down for a breather. From the salty haze, strangers began approaching me, and not to ask me if I’m ok. I was the only surfer there that day. The rest were all bodyboarders. I was there alone, I was there first, shit I even found it by myself walking hours in the deadly heat of the day. Why? Well, it’s a simple answer, I love seeing what’s around the corner. I had calculated all the variables in play; swell direction, size, tide and wind in order to deduce the prime conditions for this holy Canarian secret treasure. I don´t like being told where I can and cannot surf. We are all people of the sea after all. 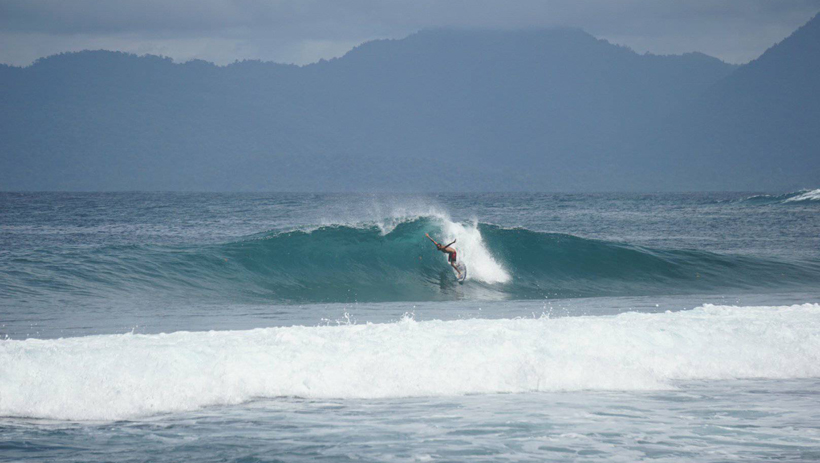 My biggest reward over there came in shape of an ayahuasca ceremony given by a Columbian shaman. It showed me in introspect that the universe wants to experience itself through our physical manifestation of itself. It makes perfect sense. Being a surfer and lover of nature I get to exist within a special kind of guidance from the source. What better way than to ride through vortices of moving liquid energy that travelled thousands of miles across the planet to reach distant shores enveloping us with a holy view. I call big barrels cathedrals ironically. I guess that’s my church, my temple, whatever you want to call it. Moving on to the States till nearly the end of the year, I partook in one last festival. The Oregon Symbiosis solar eclipse. Four minutes of witnessing a total solar eclipse with tens of thousands of amazing souls was a perfect way to round off my year. It was high time to get back to the land of the Gods. To return to the promised land of warm water cathedrals, Indonesia. So, in a nutshell, that’s more or less the path I have walked the past couple years. 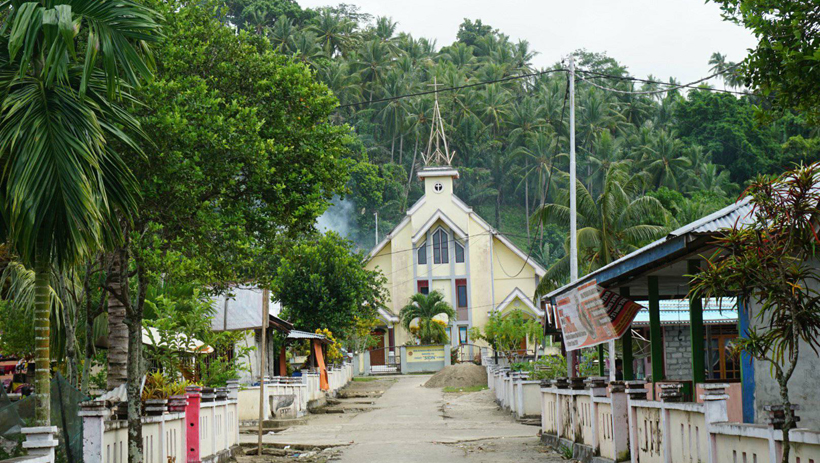 Zigzag: Yew, sounds like you’ve been busy. We assume you’re still bouncing around the tropics of Indo looking for waves and grazing coconuts?

Harald: I told myself I would try to do less travelling this year but on my first mission I ended up taking ten flights! That’s by far the biggest expense for me, so I try to stay put as long as possible once on location. But conditions change and the urge to chase swells burns holes in my pocket. I do everything as ‘budget’ as possible. So yeah, eating coconuts goes without saying (laughs).

What are a couple of stand-out memories you have for us and the readers?

A few years back I went on a massive five day New Year’s bender in Bali. Halfway towards the much anticipated first sunrise of the new year driving with two girls on the back of my bike, it gave up its ghost, leaving us to walk hours on end in torrential rain. After picking up the pieces and getting my rental bike replaced, I drove to the sky garden club for the free snacks (no drinks this time) to get some fruits into my system. Cyclone swell was hitting the next day. After some raw oatmeal and tap water for breakfast (no money at the time), I made my way towards Nusa Dua with my brand new 5’9″. The lineup was empty with freight trains detonating along a super shallow looking setup alien to me, known as Mushroom Rock. My nerves settled instantaneously as I hit the water. The line-up steadily grew with the usual suspects throughout my five-hour first session of the year cobweb wash. I got plenty of fun ones and received a random phone call a few days later from photographer Jason Childs. Jason informed me that he had both good news and bad news. The bad news is Surfer magazine doesn’t want to put his photo on their cover, but the good news is, I will be on the cover of Tracks magazine next month! Unfortunately, that wave is under threat now the same as the Niko Hotel.

Looks like you’ve been tucking into some crazy barrels of late!

Few are born with it and even fewer know what to do with it.

Are you still hopping on to Google Earth and chasing maybes?

Google Earth is amazing. Even though it has a lot of empty promises it can definitely point you in the right direction. Keep searching long enough though and it might just pay off someday. Happiness is not a destination, it is a way of life so I try to enjoy the whole package whether I score that unclaimed gem or not. I still have a few on my bucket list!

Any advice for the wanderlust surfer out there?

Follow your heart and live your dream. Create your own reality.

I surf alone a lot of the time but the last year I’ve been lucky enough to have a real trooper of a girlfriend who loves to film me and take photos. It’s nice when my Cali boys have time to join some missions. It´s never boring when they are around! 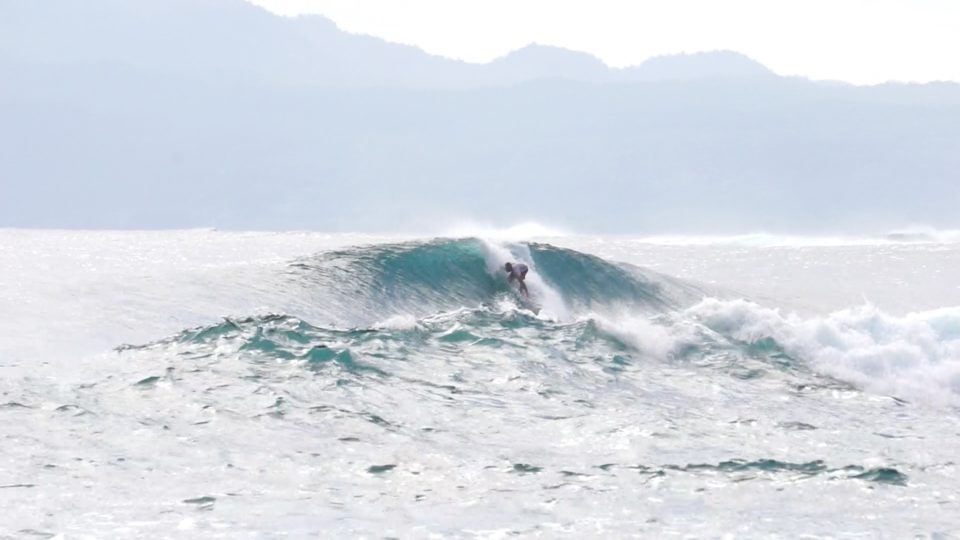 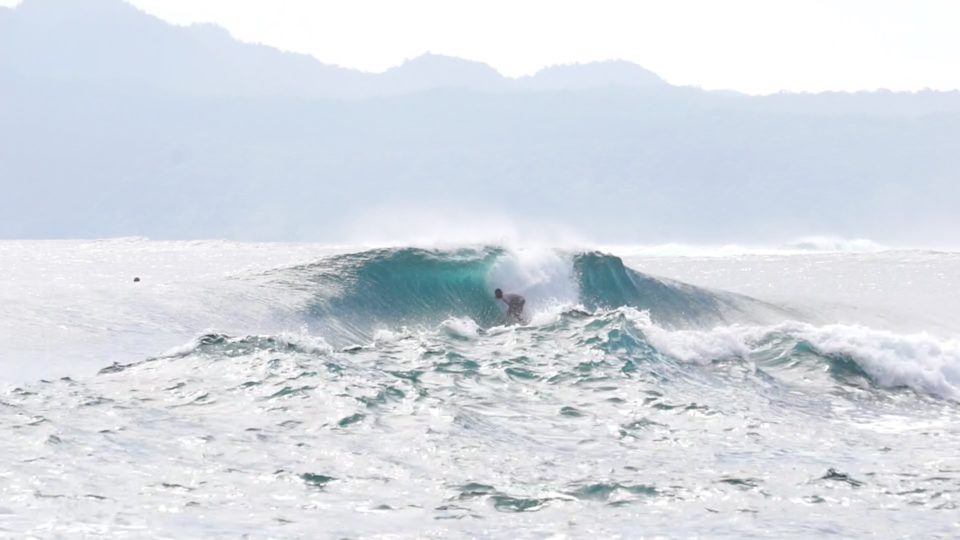 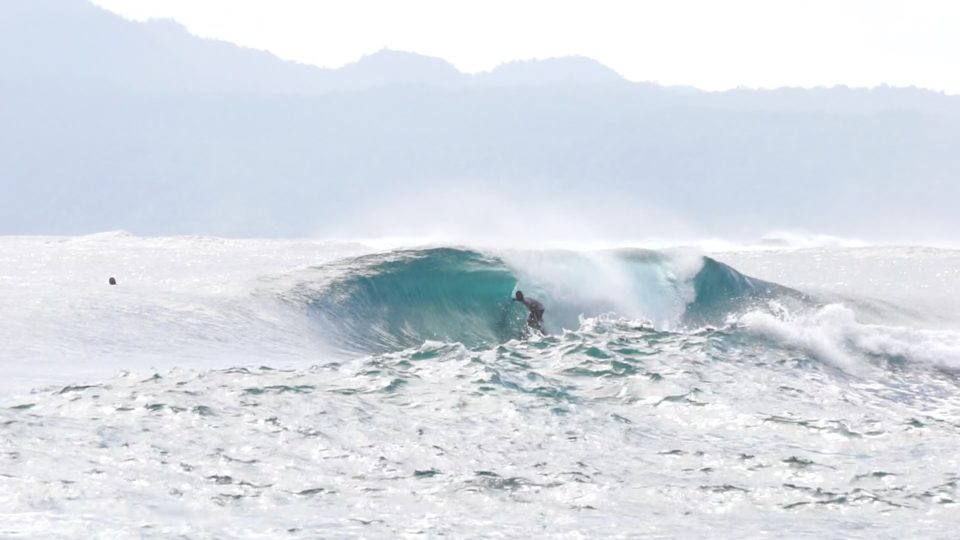 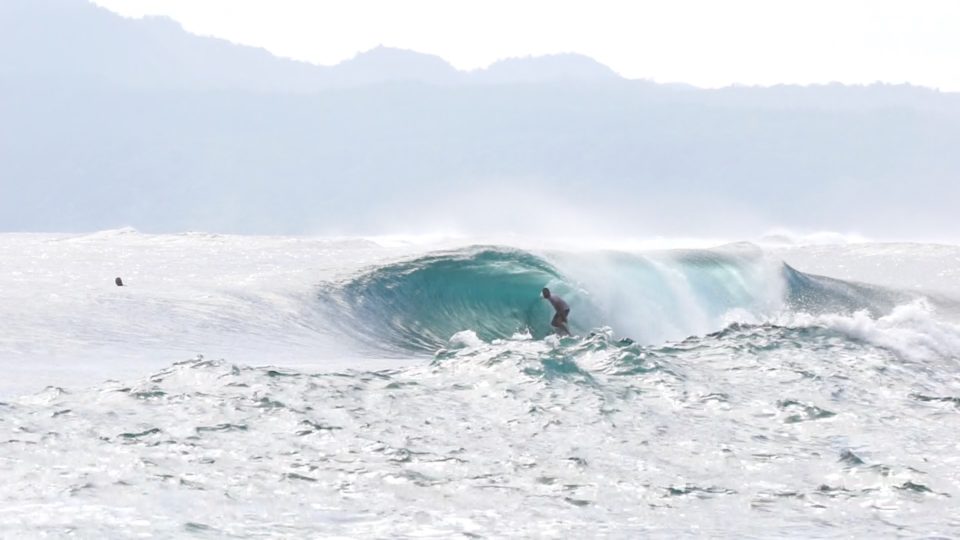 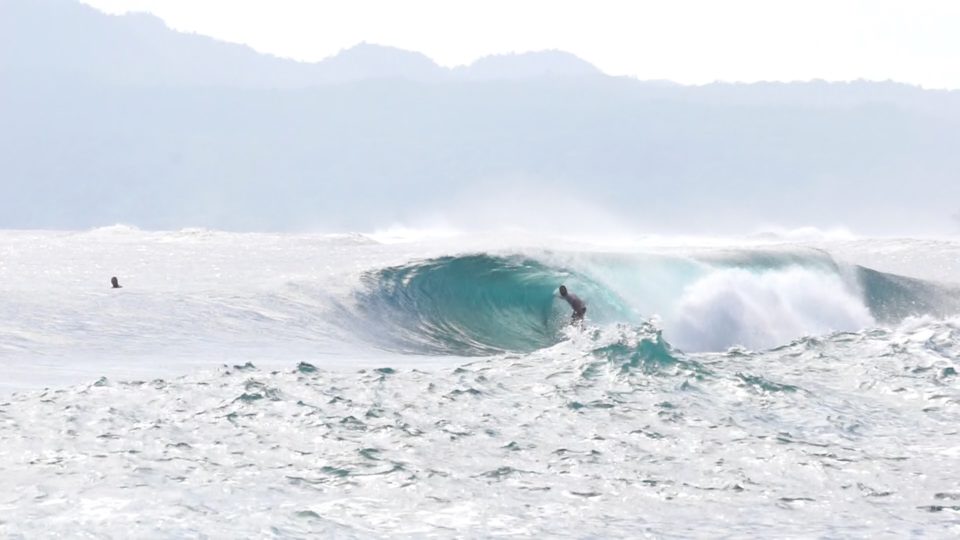 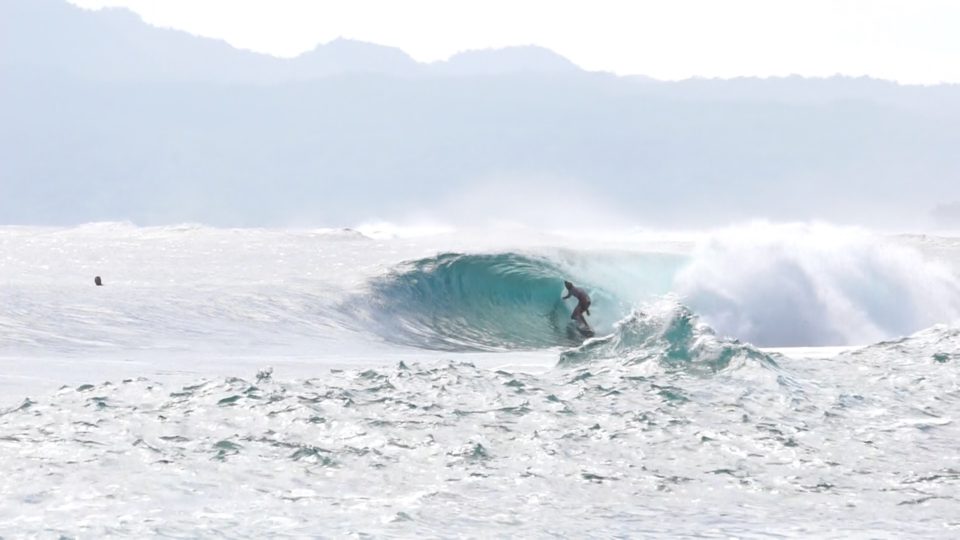 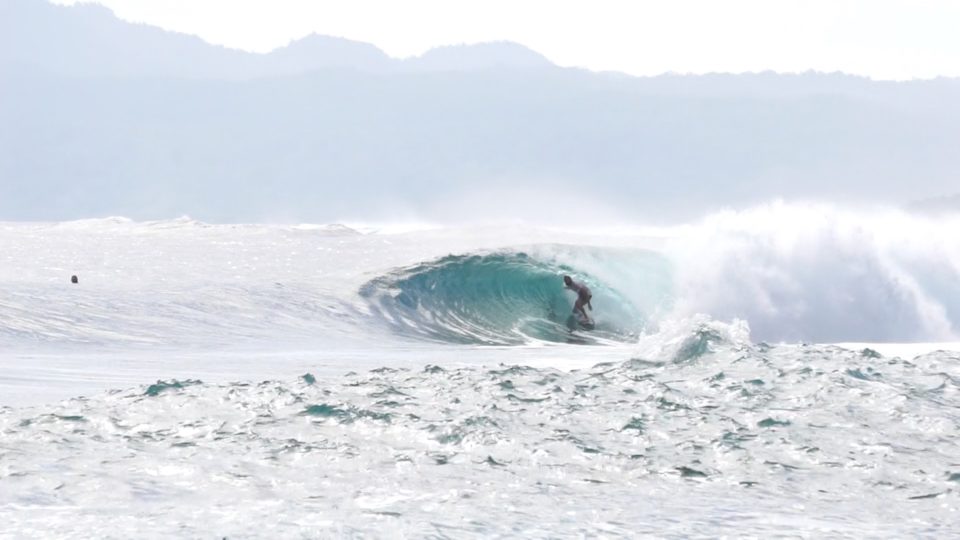 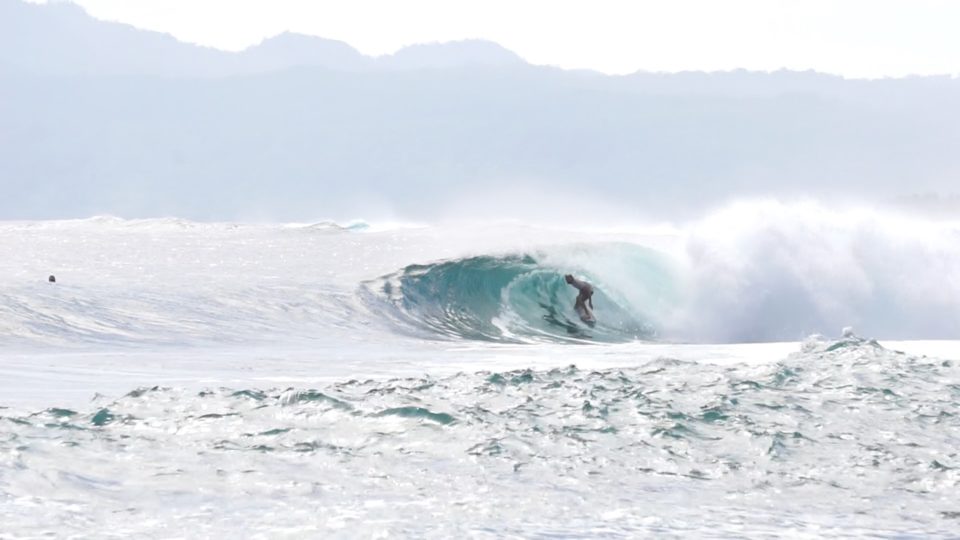 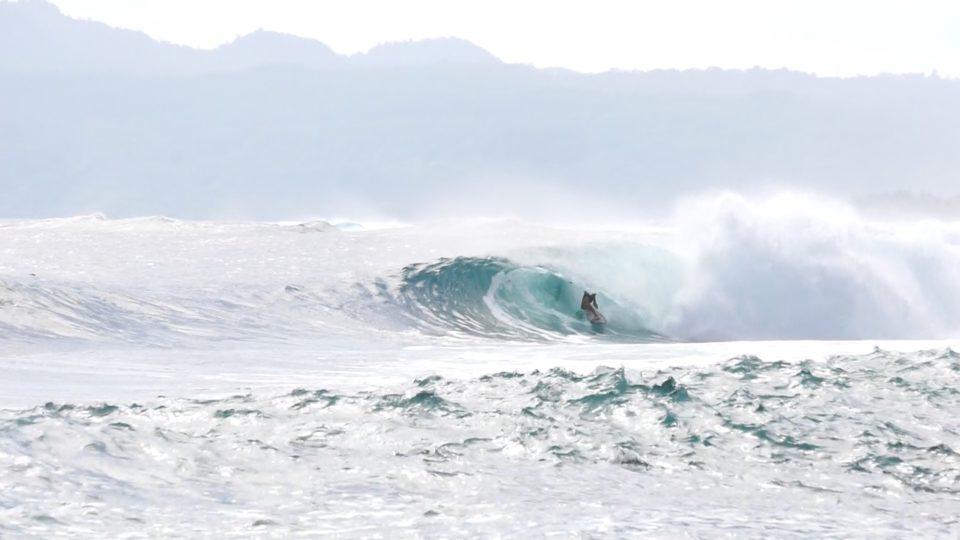 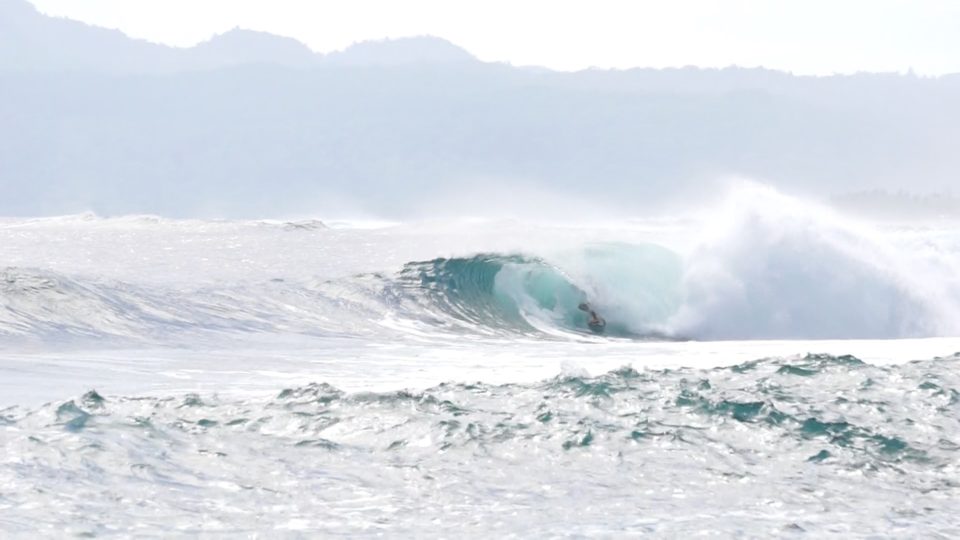 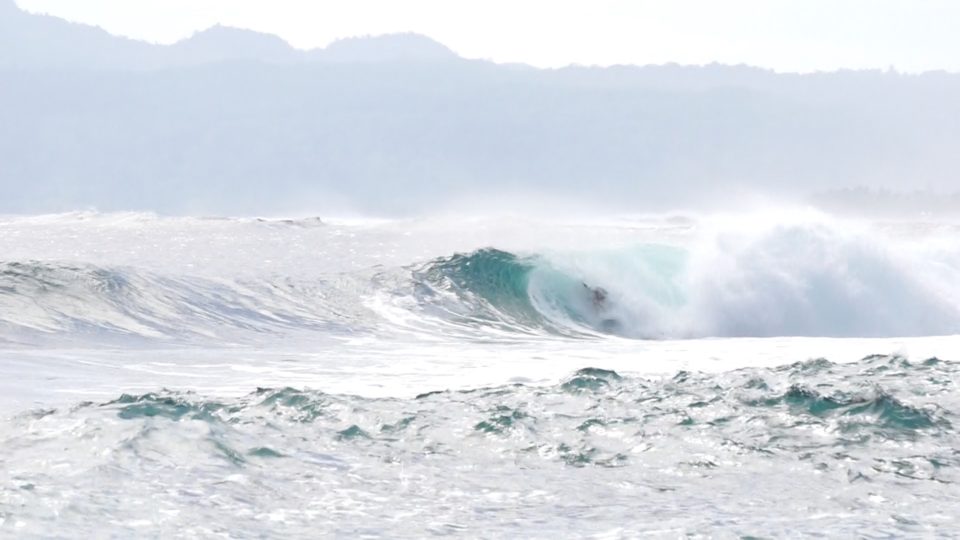 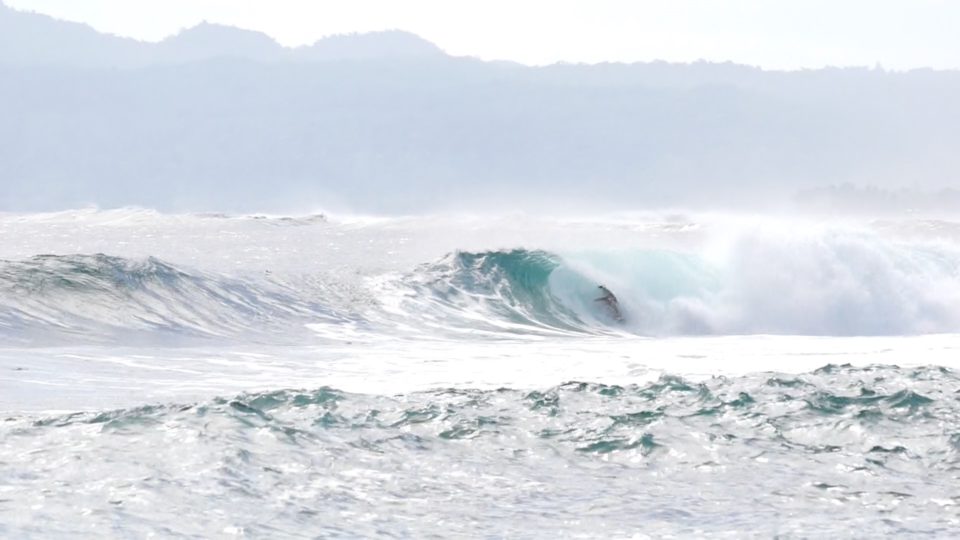 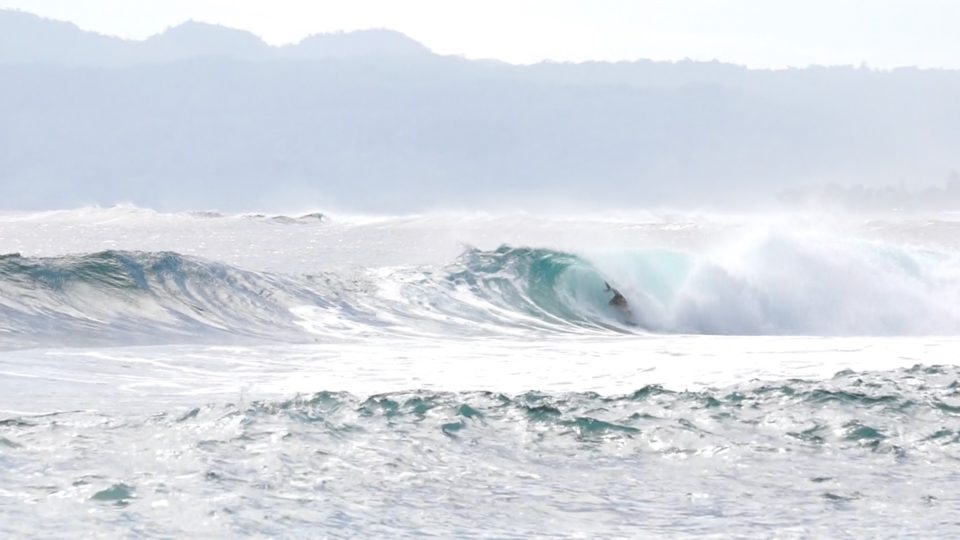 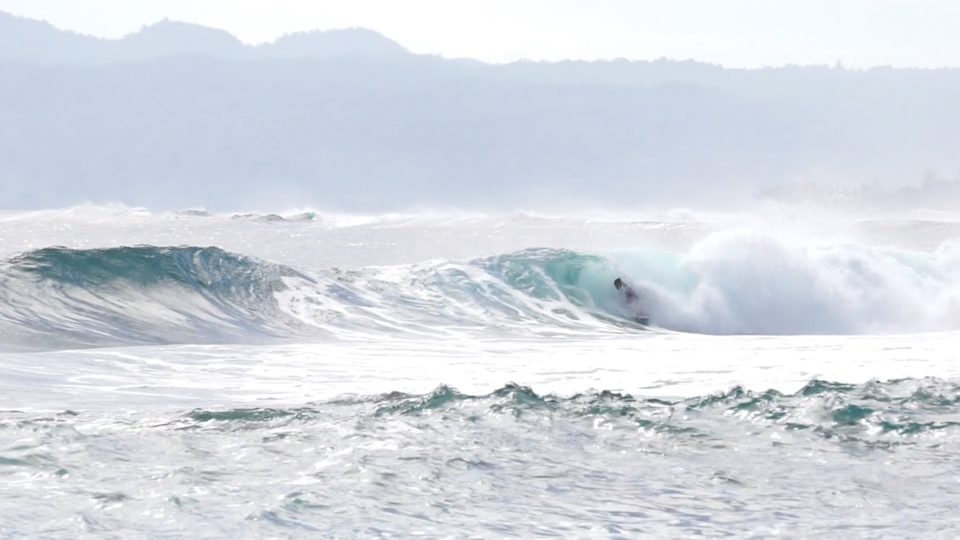 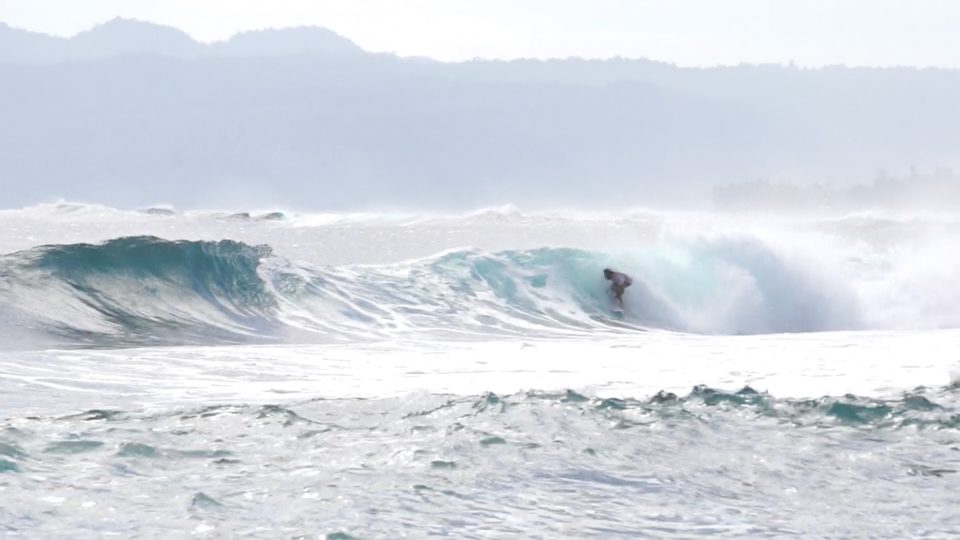 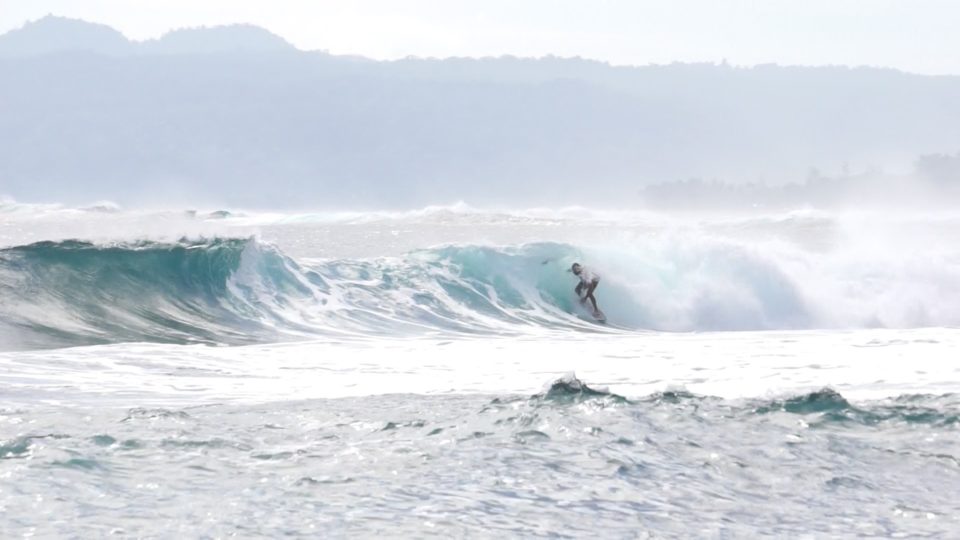 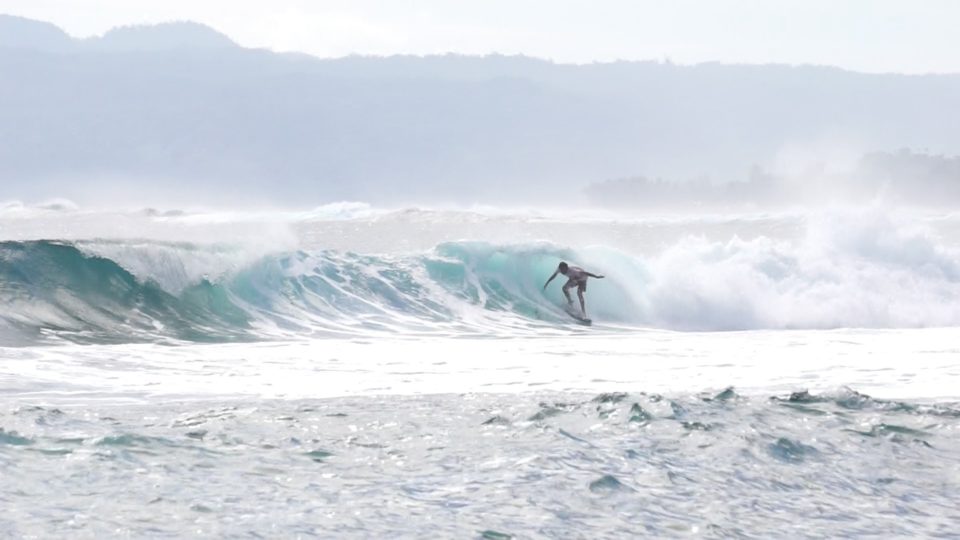 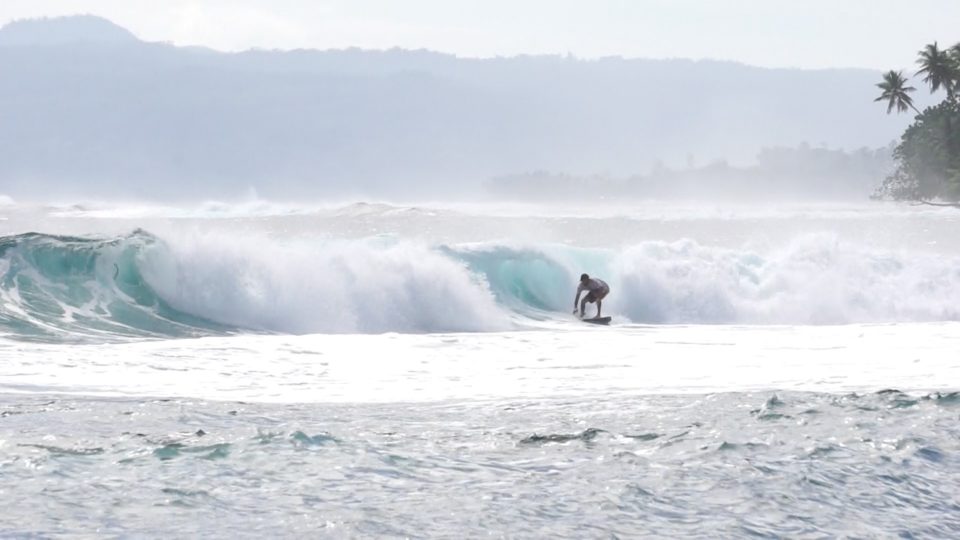 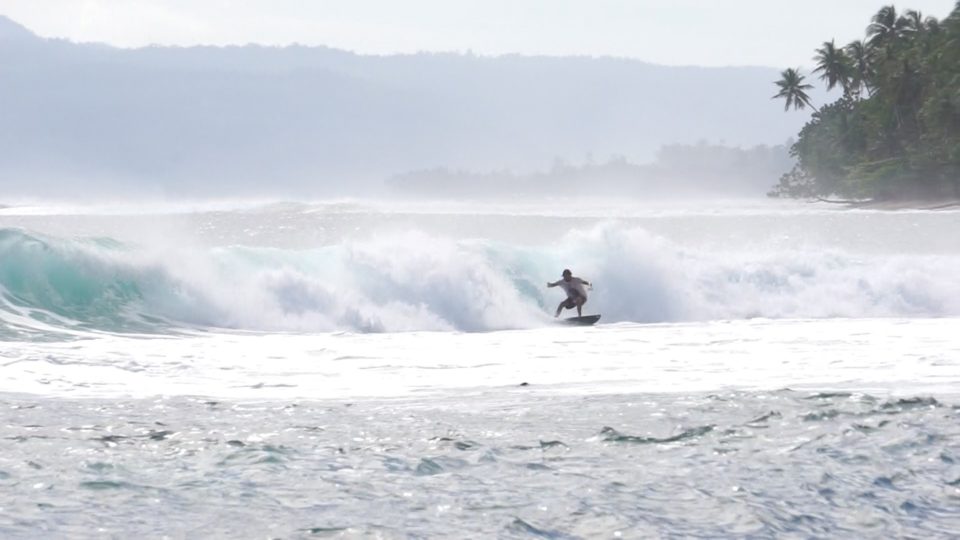 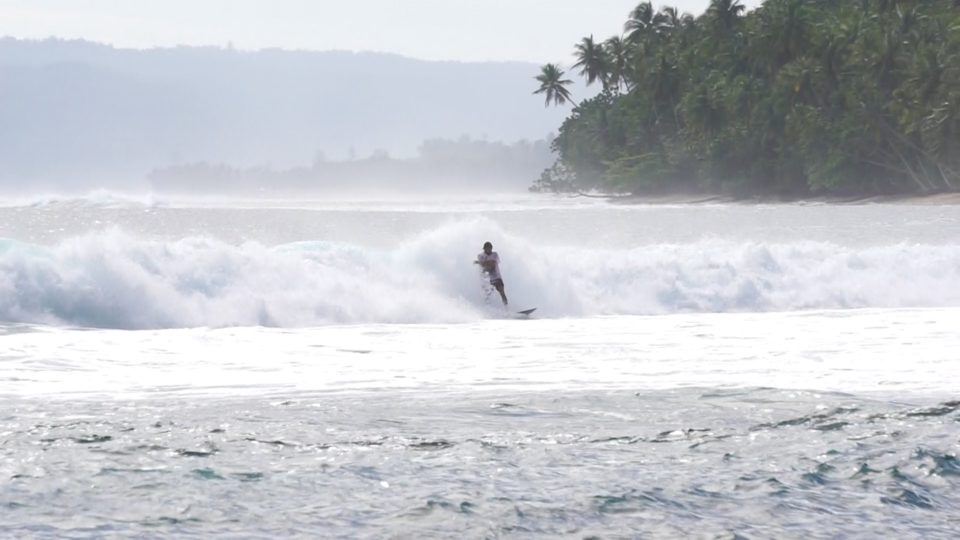