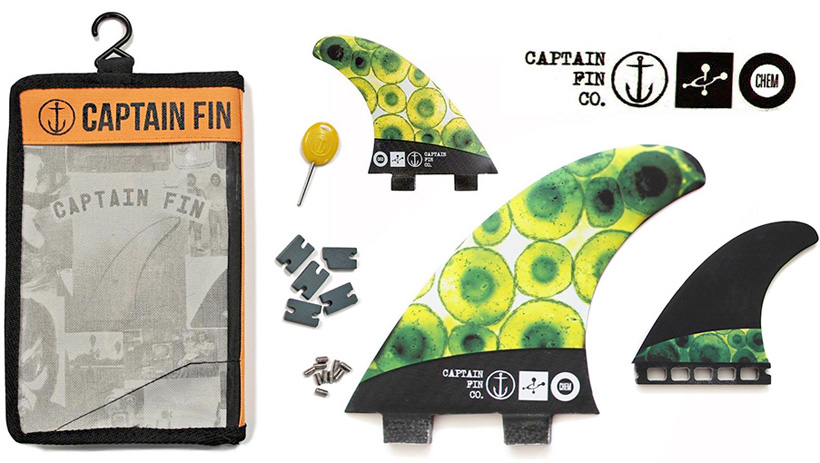 Like new spark plugs for a misfiring car, a fresh set of fins can make it feel like your old-faithful sled is firing on all cylinders again. Or at the very least, give it a fresh new feeling. So when this set of Captain Fin’s Chemistry Carbon Cells arrived in the Zag Reviews postbox, I was quick to snap them up and put them to the test. That fresh feeling I mentioned wasn’t reserved for performance. After replacing the sun-yellowed old set of clear fins in my board, I took a step back to admire my sled’s vibrant new shoes. And my kid approved with a toast of rooibos tea. 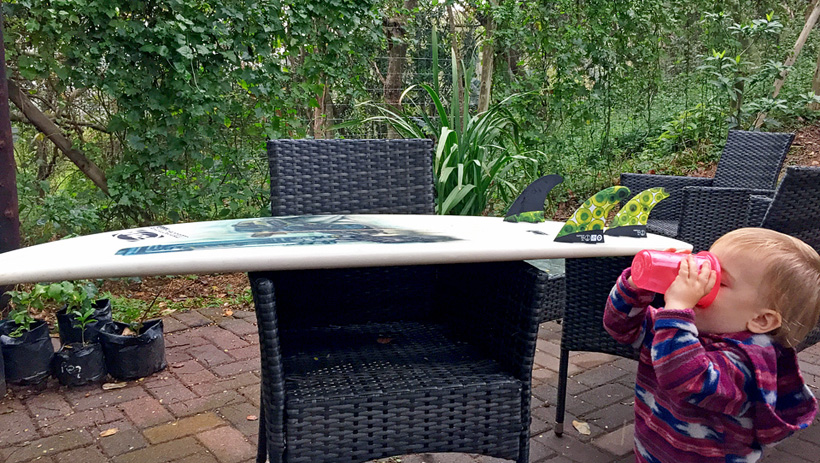 After passing the eye-test, I loaded the board into my ride and free-wheeled down to Town. Time for the real test. And you couldn’t have asked for better conditions to try them. Four to five-foot sets were grinding through at New Pier, with only a slightly ruffled lipline showing in the light onshore.

Dropping in on the first ride, the Chemistry Carbon Cells were quick to impress when I leaned over to bottom-turn, and then again as I wrapped a carve in the pocket. Precise control, not feeling like it was going to skip out at any moment, and responding well when you gave it more gas. Thus commenced the best session I’d enjoyed in weeks. Cutbacks, on-edge bottom turns, and tight-radius snaps all felt good in those conditions. I was onto a good thing. But the reality is that Durban isn’t always grinding, and predominantly offers up weaker walls. And when I paddled out for a second test, the Chemistry Carbon Cells showed a different face. All that precise control, that assured surfing experience, came at a cost. In the smaller, weaker waves they lacked a bit of drive. That was because of the shape of the fins. The general rules are: 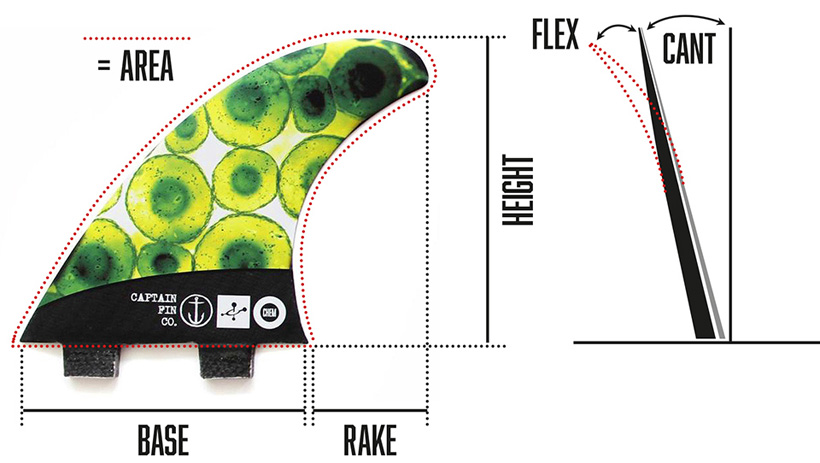 AREA: A larger fin area will give you more hold and drive. A smaller fin area will have a looser feel.
BASE: The width of the fin’s base directly effects the drive of the fin. A wider base increases drive and acceleration, but could make your board harder to turn, and vice versa for a narrower base.
HEIGHT: More height equals more hold. Less height gives quicker release and will feel looser.
RAKE: A longer rake has good holding power and will draw a wider turning arc. A shorter rake tightens that arc for more snappy turns. For point breaks you can’t beat a fin with a lot of rake, while a less-raked fin is more suited to beach breaks.
FLEX: Stiff flex equals a fast and responsive fin, but could make your board hard to turn, while a flexible fin is more forgiving and adds a bit of ‘whip’ to your turns – although too much flex can make it feel like you’re losing control.
CANT also has an effect on fins, but can vary from board-to-board depending on a shaper’s preferred settings when glassing in the plugs.
So after reviewing those technicalities, I can say that the Chemistry Carbon Cell’s swept-back rake and narrower base* was the perfect recipe for waves where maintaining speed weren’t an issue, but as soon as they were asked to generate their own they didn’t offer enough. Swapping them out for a set with a wider base and more stiffness could be the solution.
With the performance aspect reviewed, let’s add a note about the build quality. As mentioned earlier, a set of clear fibreglass fins have been a staple of my quiver. So I was a little suspect of the graphics painted all over the surface of the Chemistry Carbon Cells fins, figuring that the paint would easily chip-off doing things like placing your board down on the tarmac in the carpark, or dropping them out of the bag while fishing them out for a session. But I was surprised by the durability of the paint job. They’ve held up well to the day-to-day usage, and don’t feature any chipped or stripping graphics. Strength-wise they’re on par with most other fin sets that include carbon bases, which means they’re not indestructible and a heavy wipeout and knock will do the trick to bust the tabs, but they’ll withstand most bumps and the heaviest of layback turns (provided you’re not turning over someone’s back or a floating log).

Here are the specs of the fins:

VERDICT:
The Chemistry Carbon Cells proved themselves a really good match to powerful down-the-line waves, but could do with more drive when conditions are iffy. They definitely deserve a place in your collection, but are probably not the answer to every condition and it’s recommended you have an alternative set of fins for those smaller, crummier days.