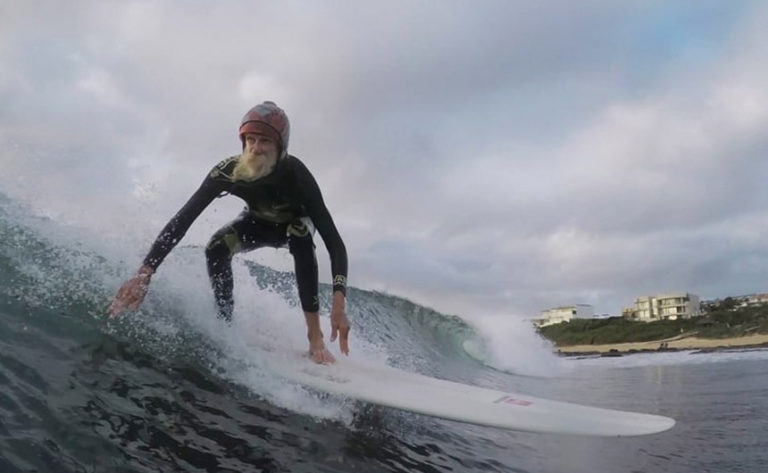 Bruce Gold is a South African surf legend. Not for winning the most comps, riding the biggest waves, landing the cover of surf mags worldwide nor for his uncanny resemblance to Gandalf. No. Bruce Gold is a legend for (supposedly) being ‘the last of the great surf hippies’.

Every surfer has fantasized about quitting their job and surfing for the rest of their lives – but no one has quite lived out the romanticized stereotype of a “beach bum” as long and as hard as Bruce Gold. The 69 year old J-bay surfer quit his job as a policeman when he was in his twenties to surf for the rest of his life. And today, you’ll still find him in J-bay – still without a job, still living for the next set.

Anders Melchior is a young Norwegian surfer and film-maker who was captivated by Bruce’s story and recently flew to J-Bay to make a personal documentary film about the iconic, milk-bearded surf hippie. We catch up with Anders about the making of the short film Bruce Gold, which explores the rewards and sacrifices of pursuing any great (surf) dream. The documentary film made its public online debut, exclusively with Zigzag, just this morning. Watch it below!

Bruce Gold – The last of the great surfing hippies by Anders Melchior.

Zigzag: Please could you give a brief introduction of yourself? Where are you from and how did you get into film-making?

Anders: I am a 27 year old film-maker and video journalist from Oslo, Norway. I studied Economics for three years. After that I felt I needed to do something completely different. So I travelled around the world to different surf destinations for a couple of years after that. During my travels I started to document all he exciting things I saw and that’s how I got into film-making. I loved telling stories. I started the production company Melchior Media in 2014, and I am now specializing in making web-documentaries.

For me documentary filmmaking is all about trying to tell a story in a way that is as engaging as possible for the audience, but still true and authentic. There are so many surf films that are focusing solely on the surfing. For me the stories behind the waves are often more interesting than the surfing itself. If I watch ten front-side air reverses in a row, I will get tired of that, but I will never get tired of personal stories. 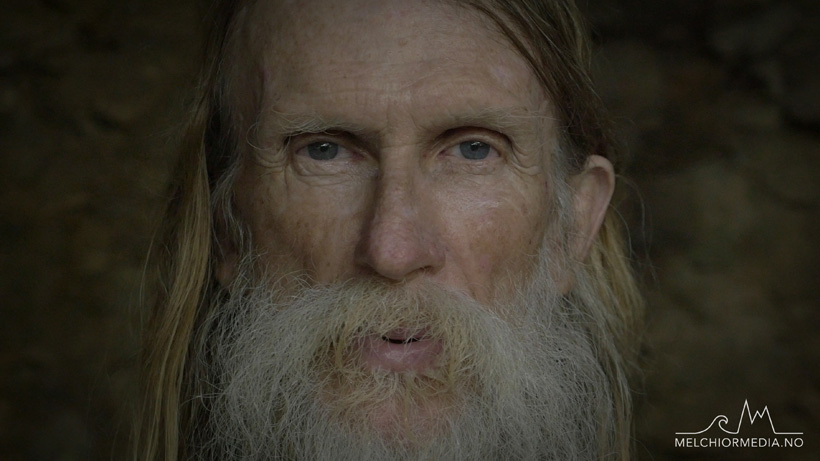 Bruce Gold, the last of the great surf hippies

Could give a brief introduction to the film: Bruce Gold?

Bruce Gold is the ultimate surfing hippie. He quit his job in his early twenties and moved to Jeffreys bay. He is now 69 years old, and still going strong. When you meet Bruce at the beach in J-bay he is usually always smiling, saying funny things and often cheering his trademark line “AHOY!”. The existing Bruce Gold edits on Youtube also only show that side of him. But what I also wanted to show was another and more private, vulnerable side of Bruce. Nothing in the film was pre-arranged or staged. I wanted Bruce to behave as he would if I was not there. I want what people see in the film to be as authentic and real as possible so that they can experience visually, a little more of who Bruce Gold is. 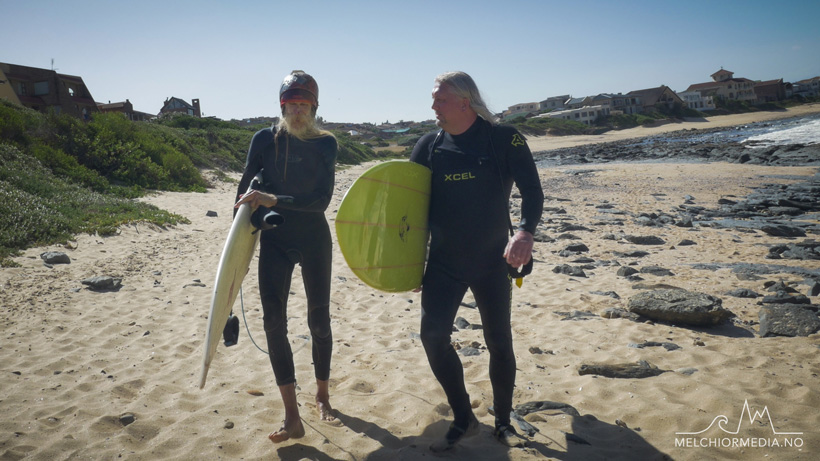 How did the making of this film come about?

It was my friend Kristian Breivik’s idea to make a portrait-documentary about Bruce Gold. Kristian used to live in J-bay for many years and is an old friend of Bruce’s. Kristian called me in February and asked me if I wanted to go to J-bay to make a film about Bruce Gold. The next week we where on the plane. So a big thanks to Lofoten Surfsenter in Norway and Kristian Breivik for making this project possible!

What was your experience working with Bruce? What was the relationship like that unfolded between you?

Working with Bruce was super fun. In many of the documentaries I make, one of the biggest challenges is to gain access and make the subject comfortable with the camera. In this case it was no problem at all. Bruce is used to having a camera pointed at him. 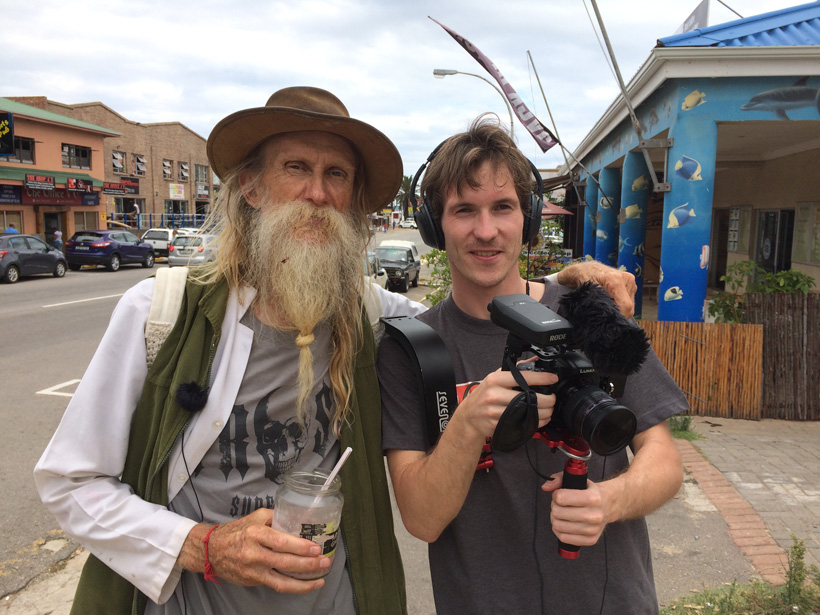 Do you have any stand-out moments / scenes that were a highlight of the making-of the film?

The moment at the waterfall, when Bruce suddenly takes of his clothes and jumps in is definitely for me the stand out moment in making this film. I did not see that coming. 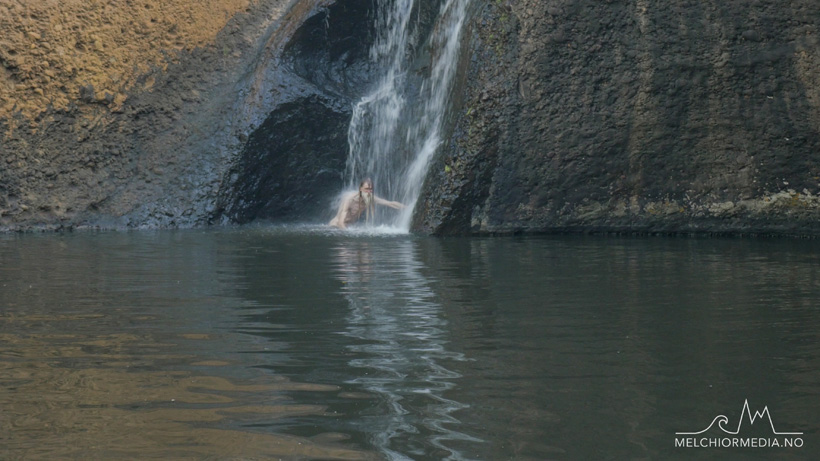 Bruce under the falls

Why is this story important in a South African and a global surf culture context?

In the surfing world there is a common saying: “work less, surf more”. Many surfers think the ultimate life would be to not have a job and being able to surf all the time. Bruce is one of the few people on this planet that has actually lived a life like that. Because of that I think the story about Bruce is important in a global surf culture context. When watching this film I think people will experience that living a life like that has both positive and negative sides. 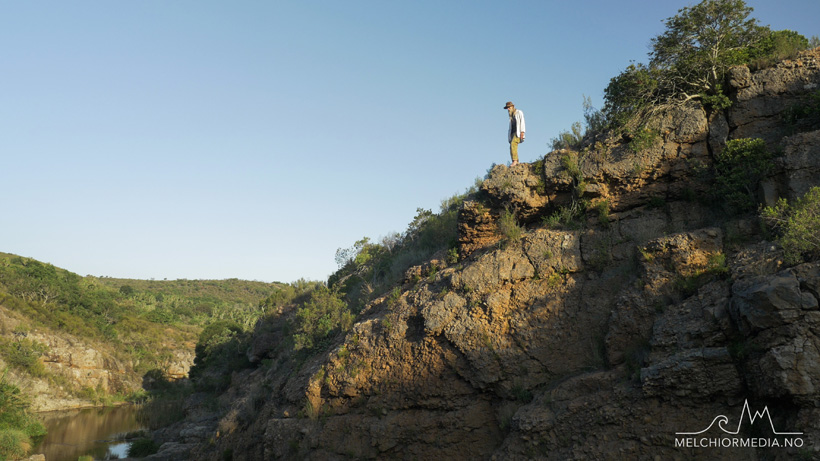 On a hike with Bruce Gold

How long have you been surfing, where do you surf and did you catch any waves with Bruce while making the film?

Besides filmmaking, surfing is my big passion. I have been surfing for around five years now. We have a surf-scene in Norway that is growing rapidly. The biggest challenge in making this film was that we only had one week in J-bay. When I see perfect waves at the best right hand point break in the world in front of me, there’s nothing that makes more sense than to surf those waves. Because of that we had crazy long days in J-bay so we could both surf and make the film. I think I managed to get eight surf-sessions in that week, in between making the film, so I’m stoked. I had one session with Bruce which was super fun. His surfing style is so unique. I love the way he puts his arms in the air and does his signature “soul-art” bottom-turns.

Where to from here?

I am always looking for exciting characters and strong personal stories, so if anyone out there knows about an untold story that should be told, don’t hesitate to get in touch with me. I would really like to do a bigger piece about Bruce Gold in the future. I would love to dig deeper into the pro’s and con’s of Bruce’s lifestyle. So hopefully, if I can get funding for a bigger project that will happen! 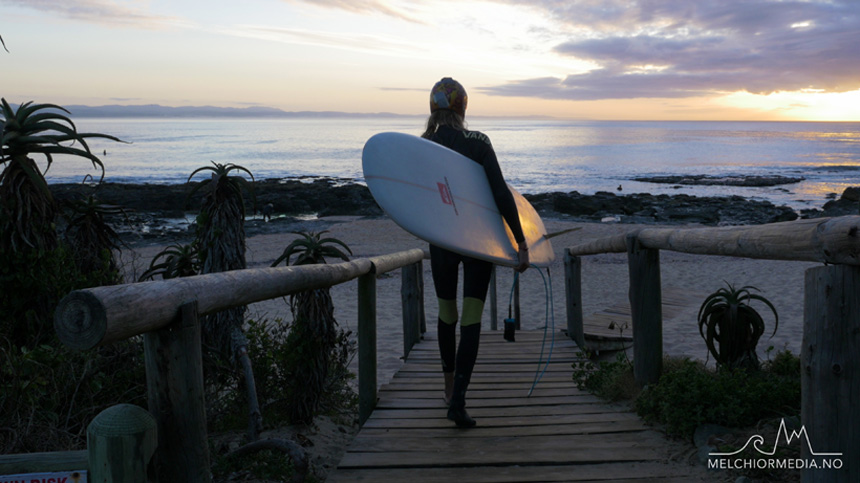 Bruce Gold heads into the sunset