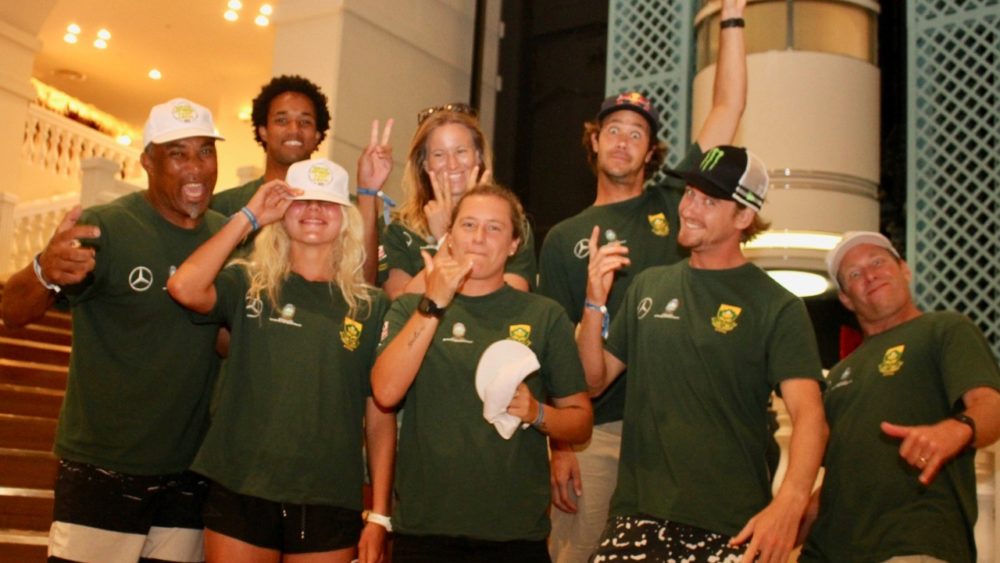 The powerful team from Brazil won the team Gold medals for the first time in 19 years, with Italo Ferreira capturing the Men’s Gold, Gabriel Medina taking Bronze and Silvana Lima clinching the Silver medal for Women.
The USA, led by Dino Andino’s Silver in the Men’s and Carissa Moore’s Copper in the Women, finished runners-up in the teams event, followed by the host nation and defending team champions Japan and Peru whose Sofia Mulanovich captured the Women’s Gold. 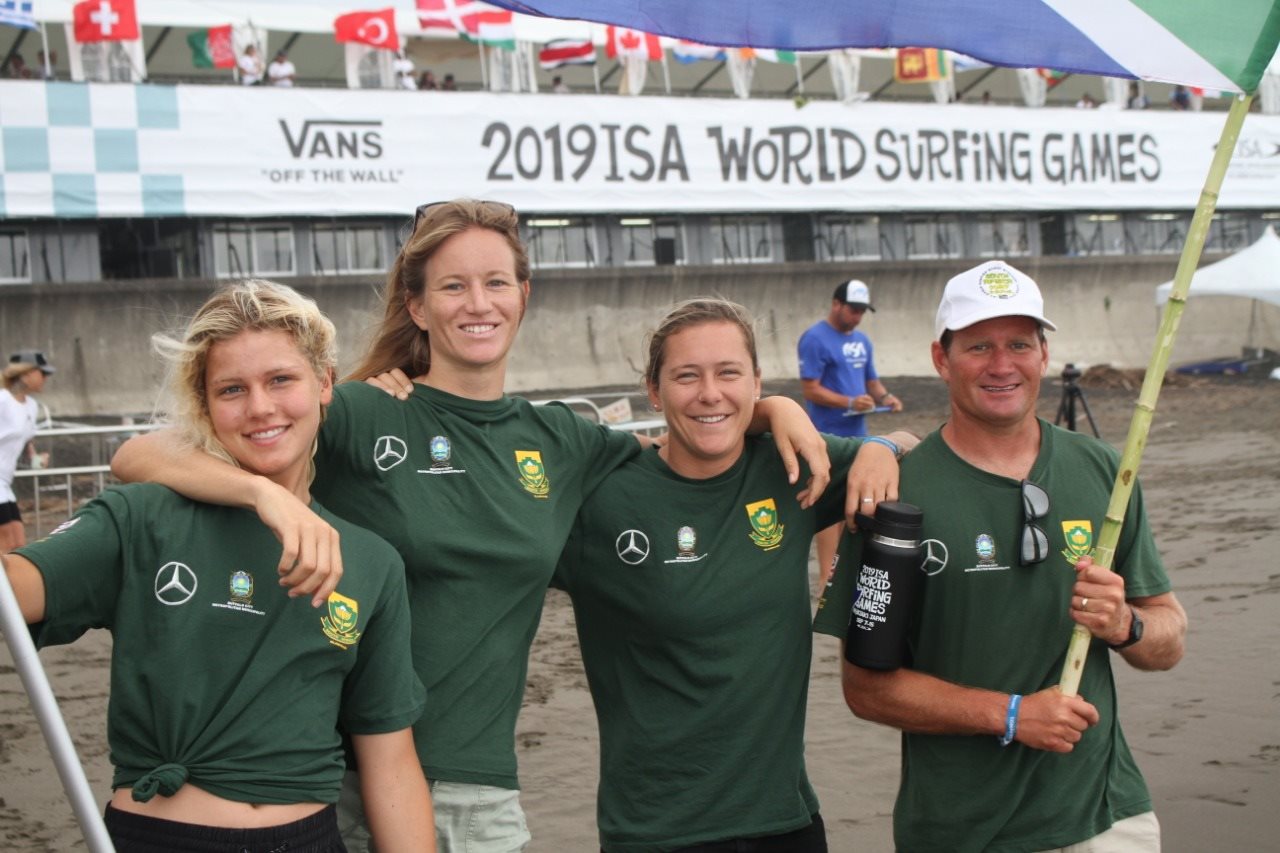 South Africa, who finished fourth overall at last year’s ISA WSG, can be proud of their fifth place in 2019. The event attracted a record setting 55 nations and 240 of the world’s best surfers, including a host of current and former World Champions who were intent not only on winning the team and individual titles, but also in participating in the qualifying process for surfing’s debut on the Olympic stage next year.
Bianca Buitendag was the standout performer for South Africa, adding the Bronze medal in the Women’s event to the Bronze and Copper medals she won in 2017 and 2018, contributing a massive 730 points to the team total, participating in the Silver medal winning Aloha Cup event and also earning provisional qualification for the Olympics as the highest placed woman from the African Continent.
The 25-year-old from Victoria Bay in the Southern Cape was ably supported by Australia based former Durbanite Sarah Baum, who placed 21st overall, and 15- year-old East Londoner Zoe Steyn who ended her second ISA WSG in 29th place among the 103 women. 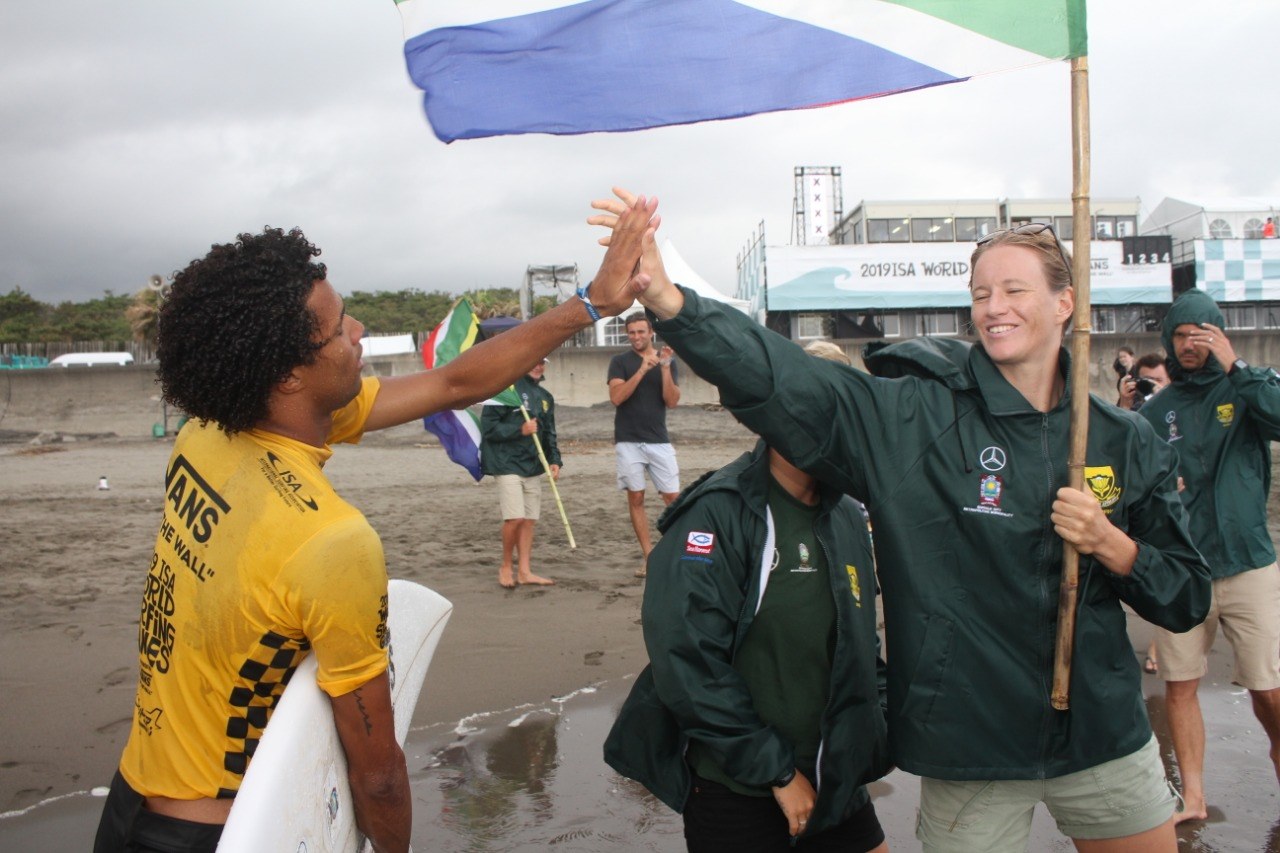 Michael February fared best of the South African Men with his 22nd place finish, while Beyrick de Vries and Jordy Smith placed equal 31st out of the 137 Men.
In the ISA Aloha Cup, a form of relay surfing where a squad of two men and two women each have to ride two waves before returning to the beach to ‘tag’ the next teammate, with all eight rides counting and having to be completed within a prescribed time limit, the South African squad of Smith, February, Buitendag and Baum comfortably won their semi-final against Japan, Peru and Argentina.
Up against Japan, USA and Australia in the final, the South Africans finished just 0.08 of a point behind the surfers from Down Under to clinch the Silver medal ahead of USA and the host nation.
South Africa’s finish among the top eight ranked nations in Myazaki has earned the team an invitation to the 2020 Aloha Cup at next year’s ISA WSG. 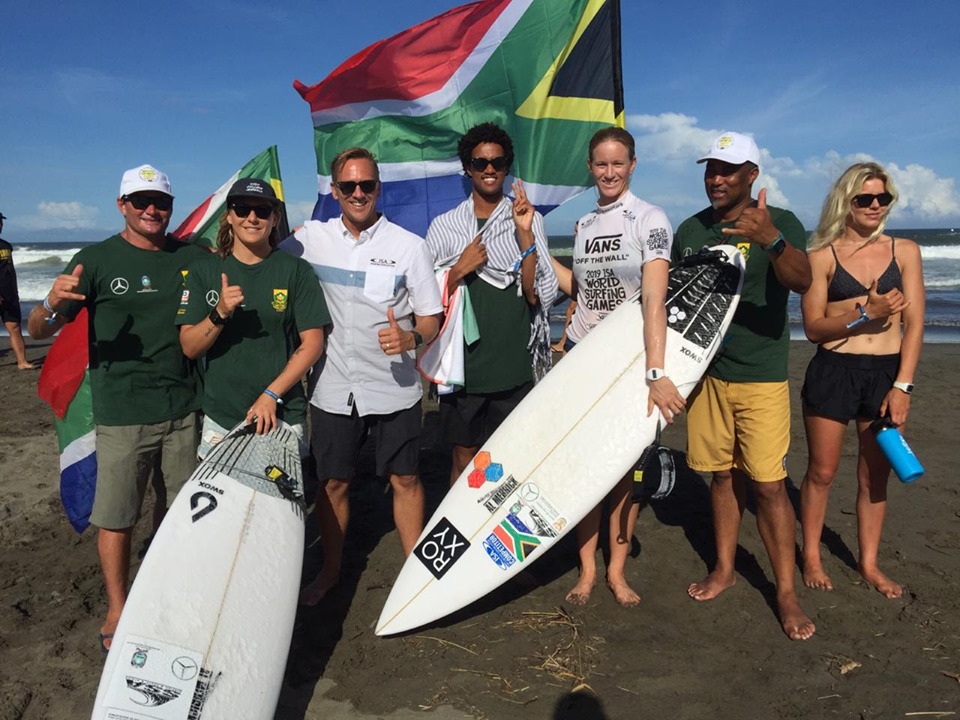 The team was very well supported by the experienced pair of Isaac February and multiple South African champion and seasoned international competitor Greg Emslie.
Speaking at the closing ceremony, ISA President Fernando Aguerre said:
“Today is a very special day for the history of surfing. For the first time, every nation brought their surfing dream teams and for the first time an ISA World Surfing Games is a qualifier for the Olympic Games. Thank you to all the competitors, including the CT surfers, for taking time to compete and enjoy the ISA Aloha spirit at our World Surfing Games.
“All visitors, teams, fans, and supporters will now go home as ambassadors of this beautiful Miyazaki. The ISA will be back in Japan in less than a year, for the arrival of surfing at the world’s greatest sporting stage, the Tokyo Olympic Games.”