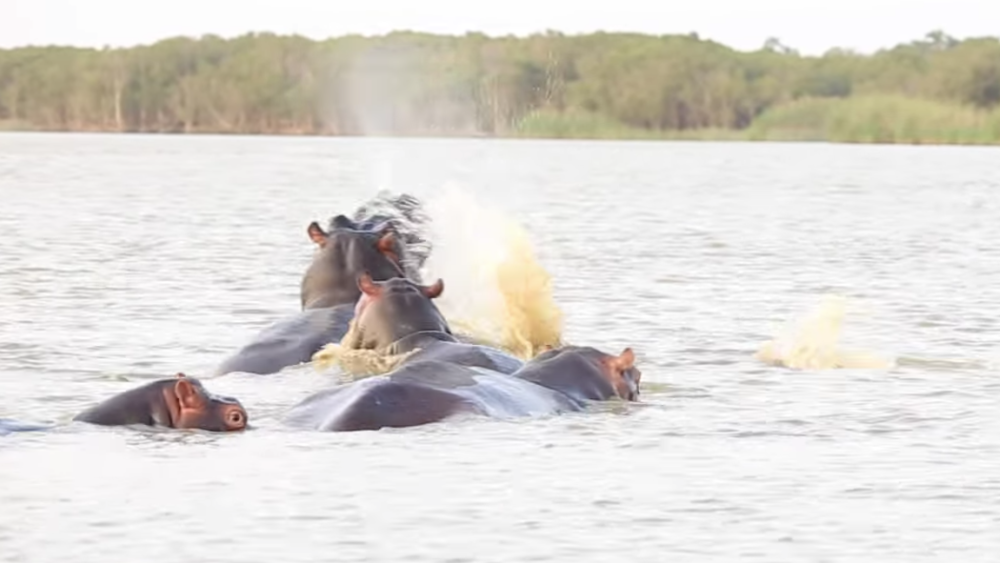 A shark, hippo and a crocodile walk into a wave, this isn’t the start to a bad joke but rather describes the risk you take when swimming out in St Lucia. This video takes localism to the next level where one ballsie bull shark tries its luck taking on a bloat of hippos out at the iSimangaliso Wetland.

Stacey Farrell, from Heritage Tours and Safaris, filmed this interaction and told LatestSightings.com the story:

“While we were on a hippo and crocodile safari, we spotted a small bull shark swimming close to a pod of hippos. We stopped the boat along the bank, so we could watch hippos return to the water. Since hippos defecate in the water, this draws a lot of fish. If there are a lot of fish, it grabs the attention of the nearby sharks looking for a quick meal. This water isn’t very clear, causing visibility to be very low. This made the shark a bit disorientated and it started swimming right into the hippos. This caused the hippos to get angry and start charging the shark. Luckily for the shark, it was much faster than the hippos and managed to swim away without serious damage.”