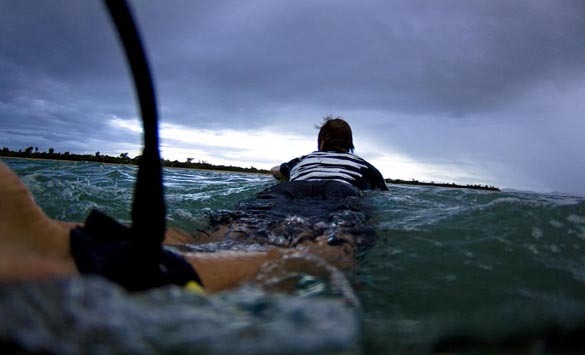 Another fatal shark attack has taken place at Port St Johns’ Second beach. Reports claim that a 25 year-old swimmer was attacked while swimming on Sunday afternoon.

According to comment poster PSJkid the swimmer was in waist deep water, and did NOT have a surfboard with him as suggested in the earlier report. PSJkid also stated that the 25 year-old victim was one amongst many swimmers when the attack took place.

This attack comes exactly one year to the day after the attack on Zama Ndamase at the same beach.

Condolences to the family and friends of the victim, as well as the local community of Port St Johns.

Below is an account of the attack as it appeared on News 24:

“This afternoon a swimmer from Port St Johns was attacked by a shark and struggled with it for about five minutes using his surf board,” said spokesperson Sizwe Kupelo.

“A surfer who was next to him during the ordeal described the swimmer as being brave by fighting it. Unfortunately it injured him severely in both arms and in the chest,” he said.

A second eyewitness raised the alarm for other swimmers to leave the water.

“A doctor who was amongst the swimmers tried to save his life along with paramedics who arrived at the beach. The man died on the way to a local health centre.”

“Second beach is notorious for shark attacks and I am told that there is no [shark] net there,” said Kupelo. – News 24