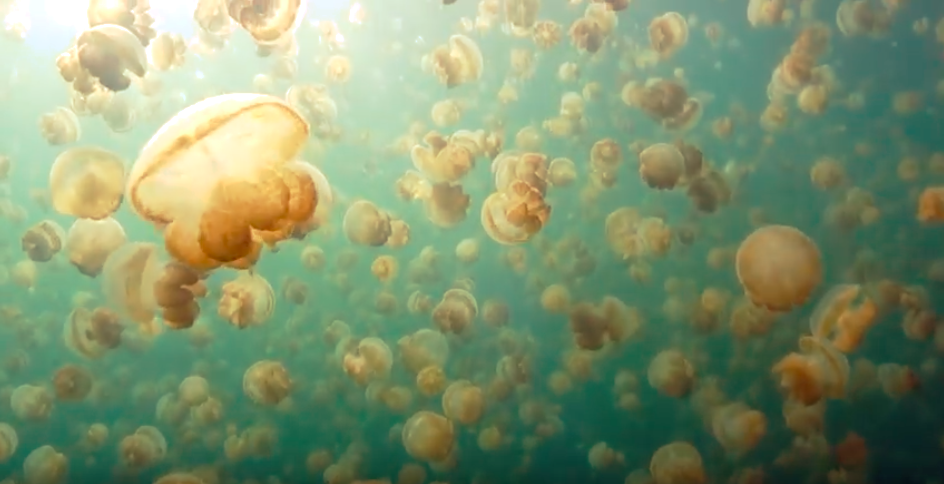 Palau, ever heard of it? Probably not. In May 2018, Hawaii became the first state to ban reef-harming sunscreens. The policy will go into effect in January 2021. Since then Palau has also stepped up, not wasting any time. The Pacific island nation recently became the first country to ban toxic sunscreens. From January 1, 2019, any store in Palau selling a banned sunscreen will be fined $1,000.

Now it’s not all sunblocks just those containing oxybenzone, for example, a chemical that is a known endocrine disruptor in humans. In fact, it has been linked it to reproductive issues including endometriosis, early puberty, low sperm count, infertility, and increases in hormone-related cancers.

Following on from their assault on toxic sunblock, Palau got an instant Karma boost. After being closed for two years to allow its diminishing golden jellyfish population to recover, Ongeim’l Tketau Jellyfish Lake — one of Palau’s most famous attractions — has reopened, whoop whoop!

“Ongoing monitoring conducted by the Coral Reef Research Foundation (CRRF) indicated that the jellyfish populations were now rebounding after the declines that were a result of the drought conditions experienced throughout Palau in 2016,” said a government statement issued by Palau’s Koror State.