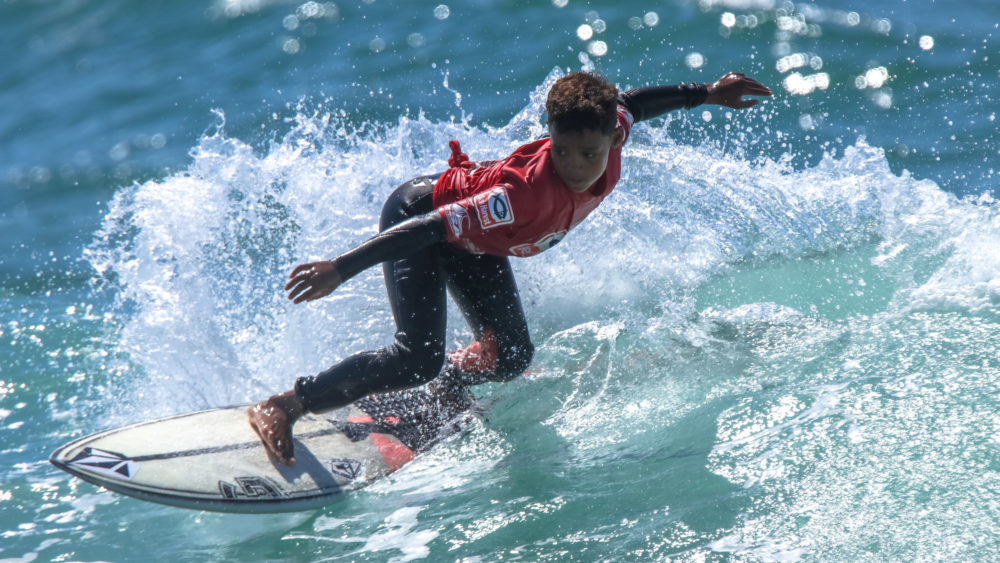 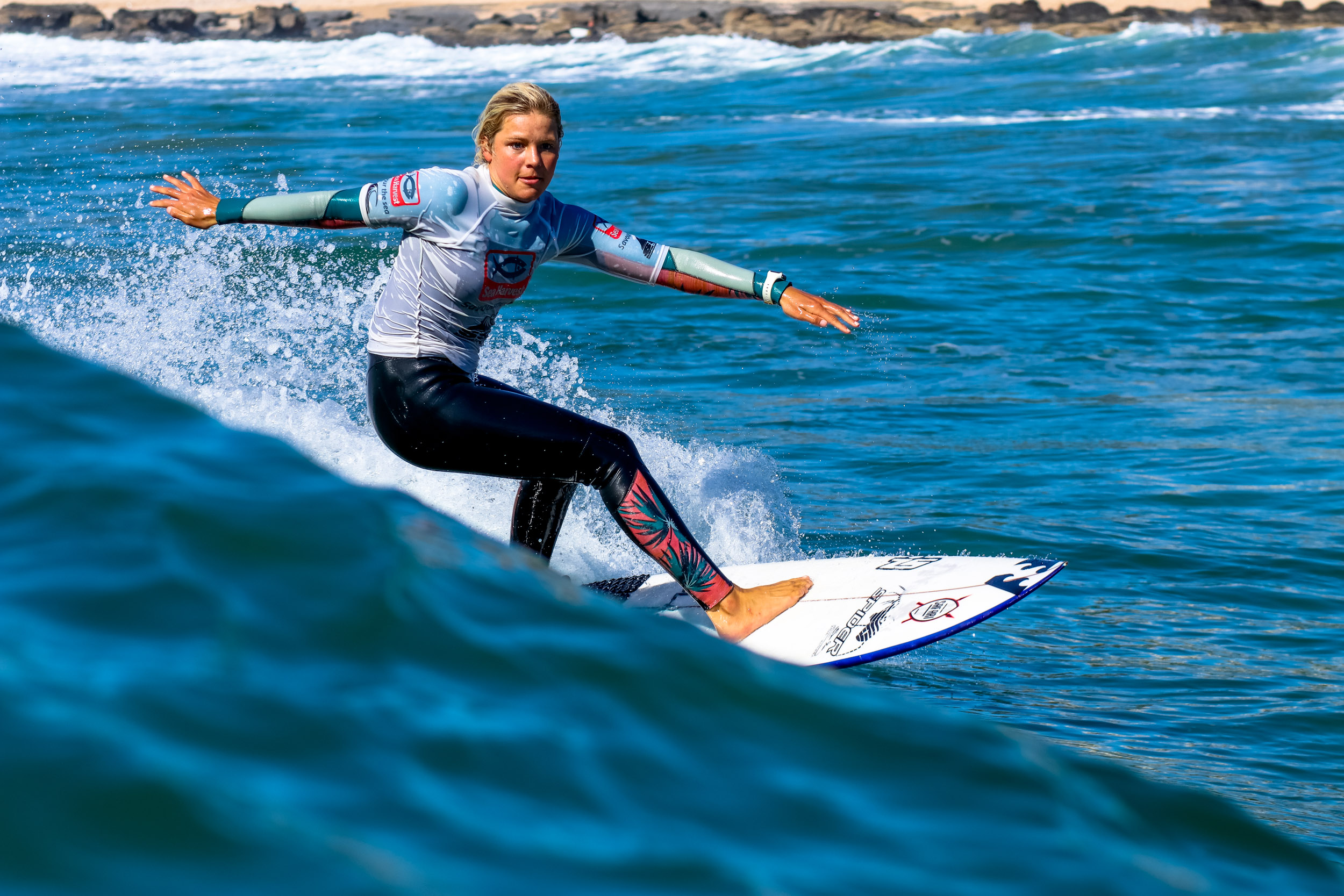 It’s too early to start picking out potential winners and it’s way too early to start looking at possibilities that could influence the podium. There are still too many surfers in the event and a lot to factor in as to who will seal the deal on Finals day. So let’s have a quick refresh and dig into some points of difference that presented themselves on Day Two of the Sea Harvest SA Junior Surfing Champs at Lower Point in JBay.

1. As surf contest days go, yesterday was one of the hardest and toughest 8,5 hours of surfing I have ever experienced, and I surfed my first contest in 1982. It started off just above par, and then went about 200% below par, but still the surfers and organisers soldiered on in the freezing cold, howling onshore conditions. They are a hardy lot these South African groms. 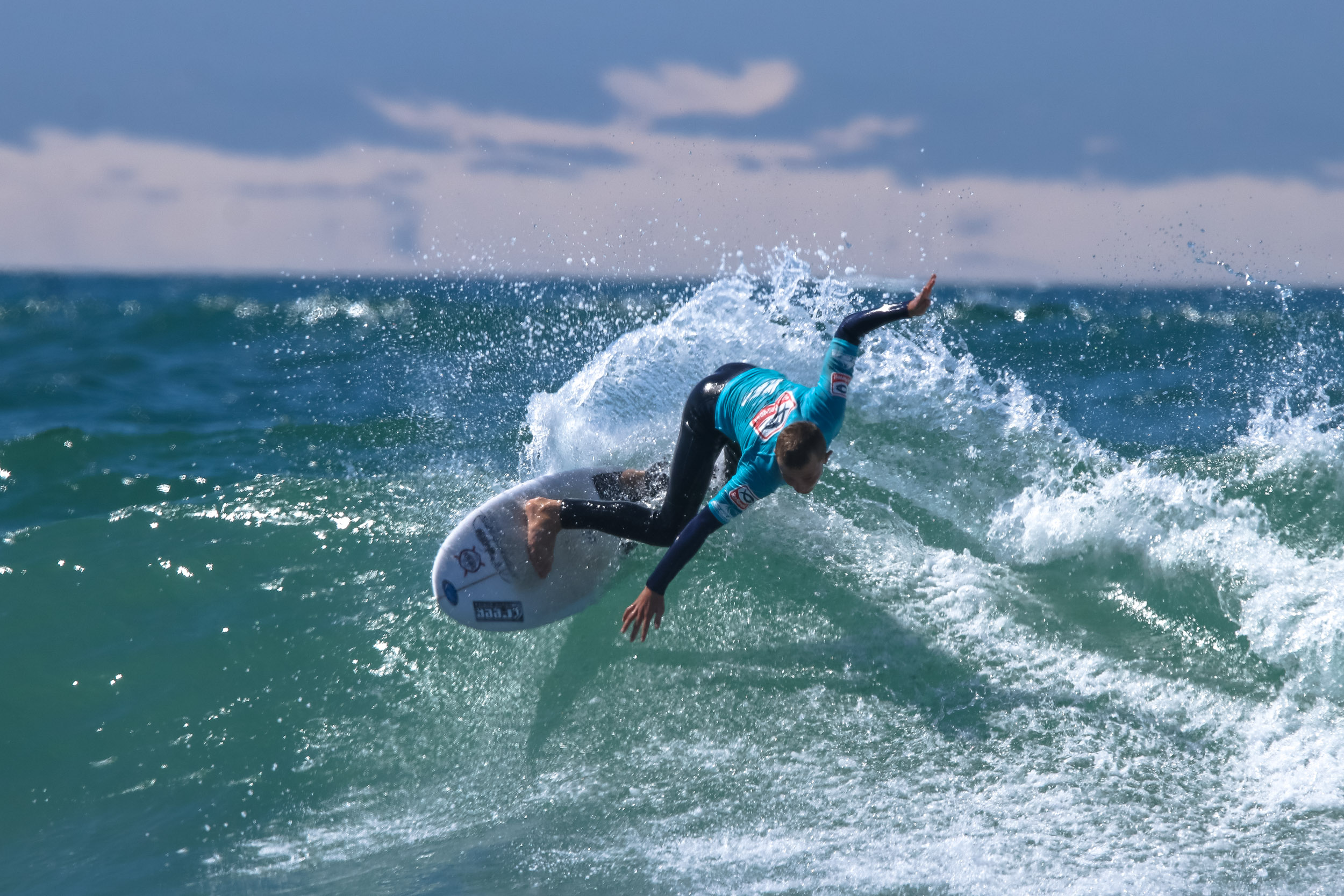 2. There are some exceptionally talented U12 surfers starting to appear from all over the place. Some of them have cool surnames like Canning and Emslie, but there are loads more that could wreak havoc on the South African surfing scene in a few short years. Ryan Schoon, Levi Epenotos, Rory Dace, Levi Kolnik, Josh Malherbe and Joshua Jefferis, to name a few, are all going to be a force to be reckoned within the not too distant future. 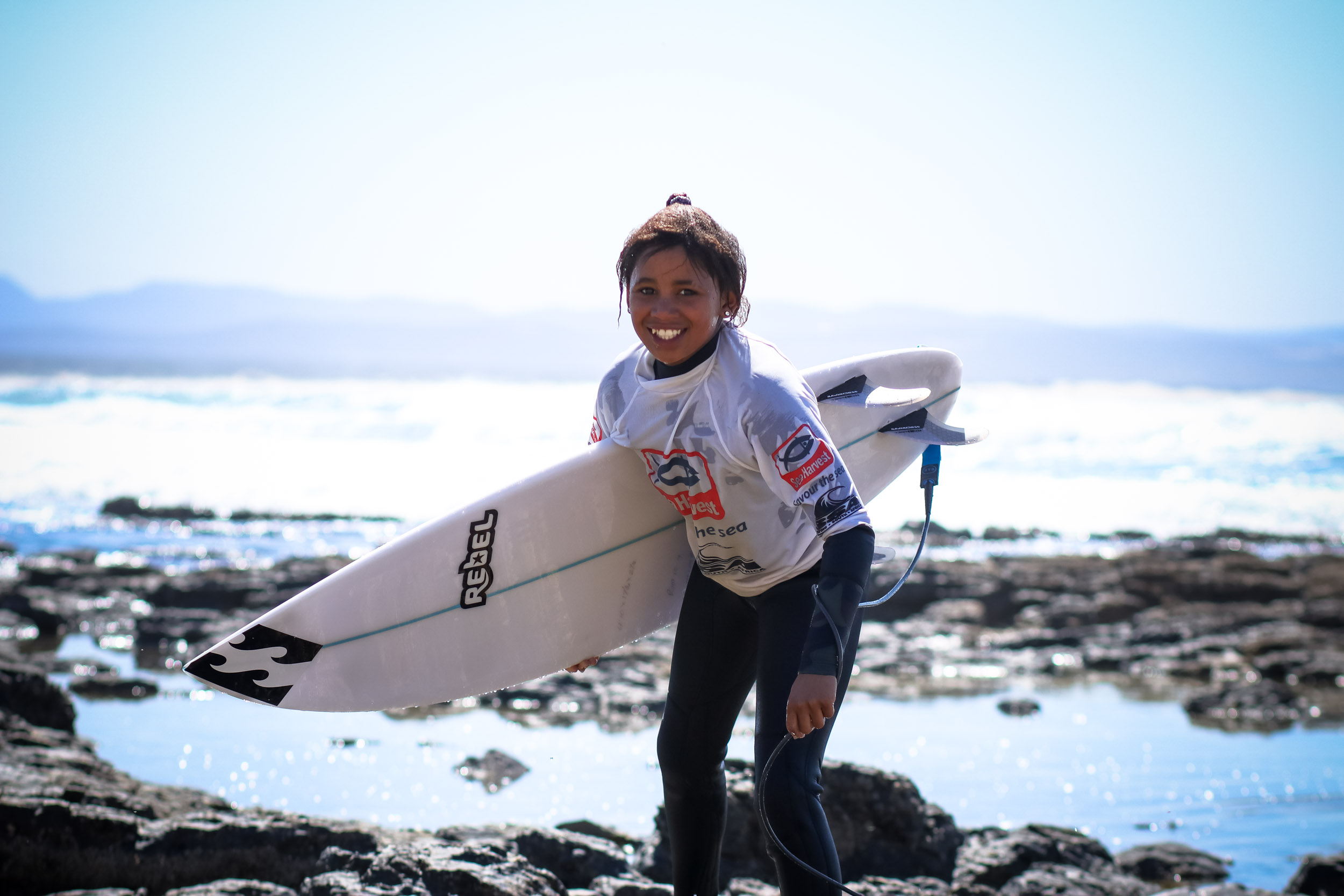 Zia Hendriks all smiles and stoke!

3. There are a number of good things happening at a grass roots level in South African surfing, and sometimes we forget the good things. Sometimes we get a little bit dazed by things like the Kelly Slater Surf Ranch and the underwhelming Freshwater Pro, or the biggest waves in the world at Nazaré or the politics of the Injury Wildcard. We forget the look on the face of a 12-year-old girl getting out of the water and being congratulated and cheered on by her team, whether she won, lost or came third. It’s called stoke, and it should be the most important thing for everyone in this big mix-up that is surfing. 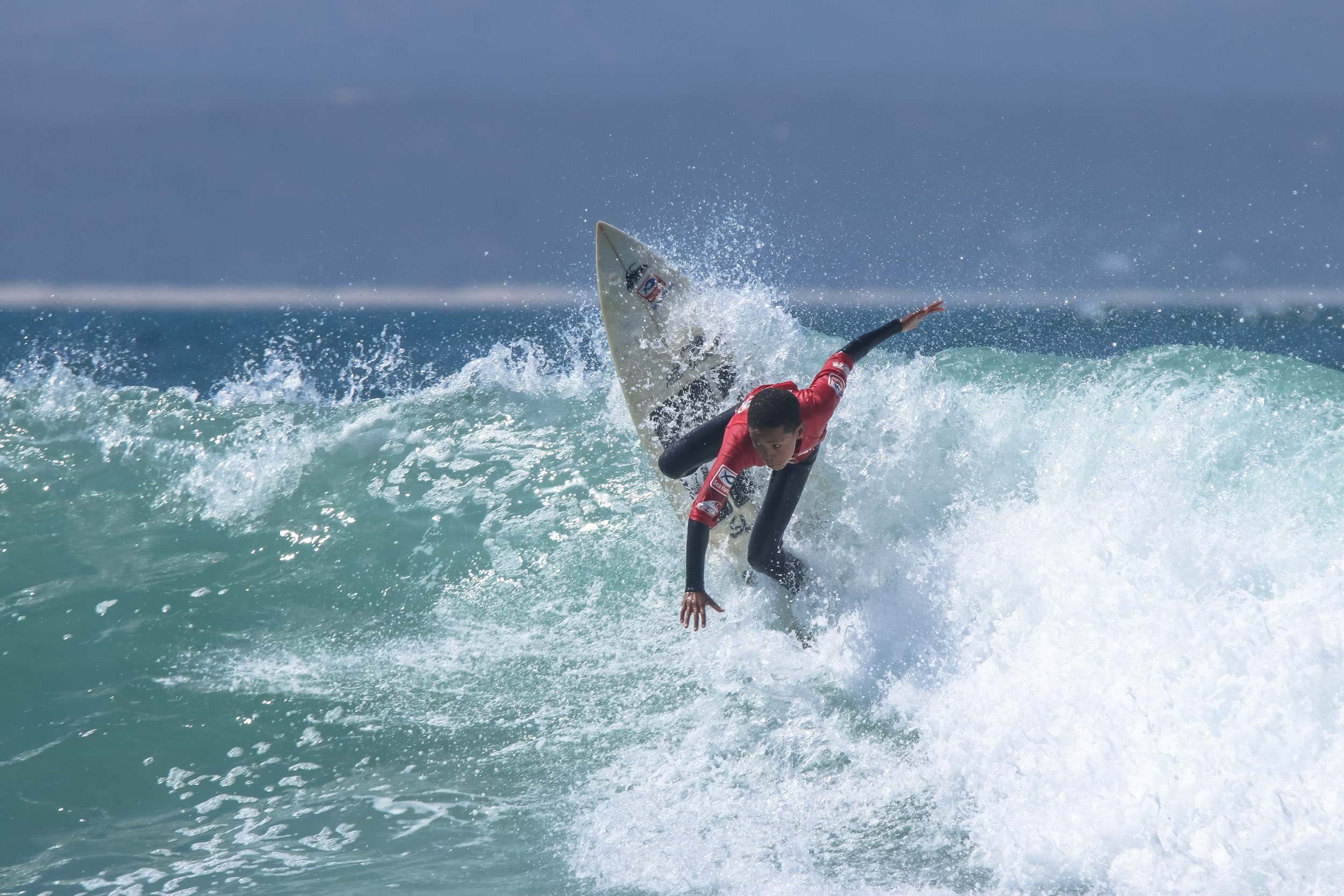 4. We have bucket loads of talent bubbling under in our junior ranks and there’s a very strong possibility that a few unexpected names are going to step it up over the next few years and surprise us all. Names you’re not thinking about now, but will certainly be top of mind when you start thinking about who will be left standing on Finals day. I saw plenty of talented young rippers who may not look like the complete, polished act right now, but they’re not far off. It’s a funny old thing, but sometimes raw talent doesn’t look as nice to the eye as a smooth and connected style, but raw talent is often the only thing that counts at the end. Raw talent will always stand out, and our groms have it in spades. 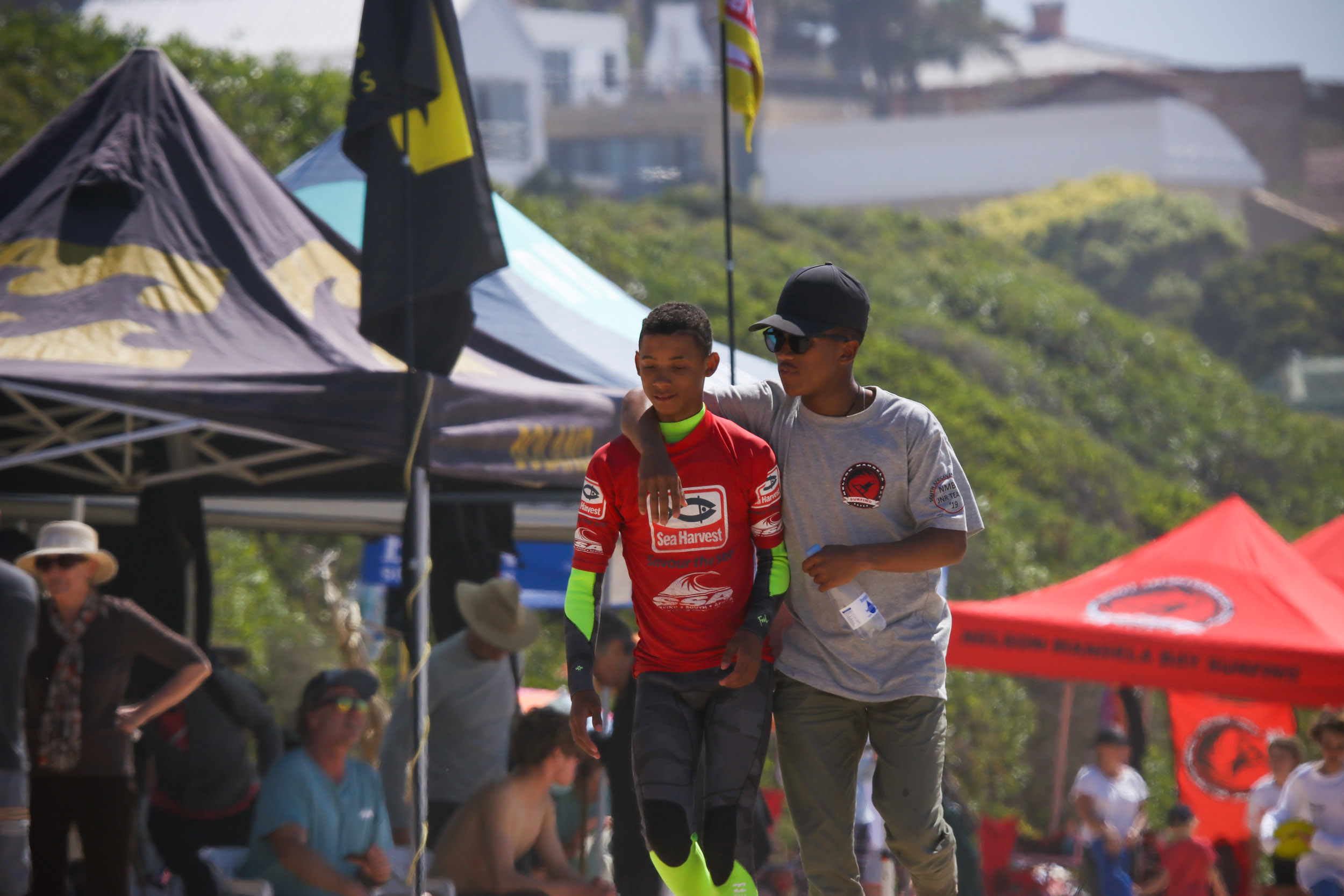 Sharing the stoke and the spirit Hynesy-style.

5. Much of what I said in the paragraph above comes from the legendary Graham Hynes, who received Honorary Lifetime membership to Surfing South Africa on Tuesday night. The much-loved Hynesy is 90 years old, and he was on the beach coaching a 10-year-old in the Nelson Mandela Bay Surfriders team early this morning. It’s a thing, that. Here’s to you Hynesy, one of SA’s most valued surfing assets and its most stoked out and committed 90 year old grom.