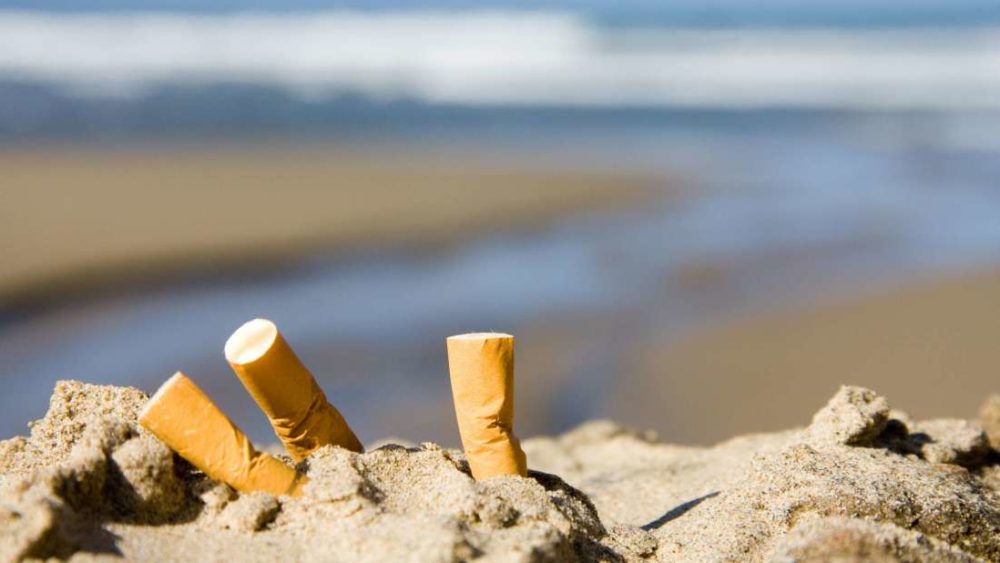 Everybody and their auntie are quick to get up in your grill about plastic pollution and how it’s choking the ocean. Jeepers, just try sipping your sundowner through a straw and you’ll probably get ‘RKO’d out of nowhere’ like the homie below. GIF’s aside, the issue is actually a lot more serious than you might think.

Cigarette filters have the potential to be a detrimental form of waste, and for the most part, haven’t been given the attention they merit. The filters release pollutants from the smoke such as nicotine, arsenic, and lead — which are consumed by various sea creatures and guess where those buggas land up, your plate. Well, they could.

Cropping up a lot in the news at the moment, ocean pollution is topical and on the lips of more hipsters than a red cappuccino. Recently, the spotlight seems to have shifted from the usual suspect, plastic, toward cigarette filters. Initially, due to their size, you might think small and relatively harmless, the truth is they can bring about irreversible damage to the ocean’s wildlife.

Many people, including us here at Zag, were under the false assumption that stompies are biodegradable, which a study published by the BMJ had previously suggested. But what we didn’t know, is that a plastic that aint even close to being biodegradable forms when the cellulose acetate (material that makes up a filter) is processed. Basically translating to a cigarette butt that takes ages to decay. This siffness is further exacerbated by the fact that they also release all the pollutants they absorb from the smoke, including substances such as nicotine, arsenic, and lead. Bluuuuuuuuuuugh!! There you go another reason to quit smoking.