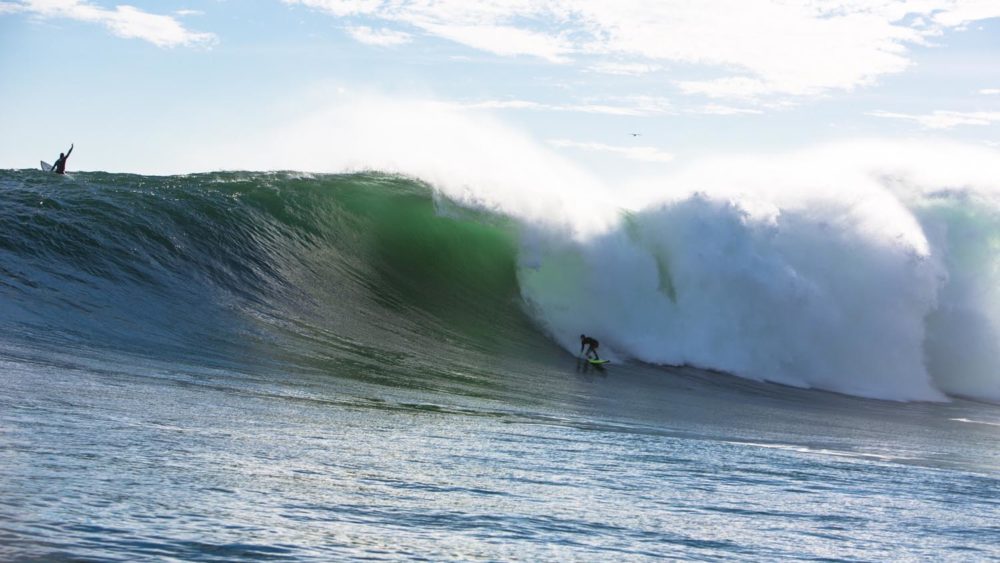 In somewhat dramatic fashion, the event organiser for the Eddie Aikau Invitational announced the invite list for their latest edition of this most prestigious big wave surfing event. The surfing community around the world met the release of this invitee list with great excitement. The Eddie is arguably the most prestigious, most relevant surf contest in the world and includes luminaries like Kelly Slater, Bruce Irons, Twiggy Baker, John John Florence, Shane Dorian and Makuakai Rothman on the invitee list.

Matt Bromley, who has been charging the biggest waves he could find the last few seasons, made it onto the alternate list for this years’ event, which is an incredible honour for the young Capetonian.

Two fellow South Africans, being Grant Baker on the invitee list, as well as Chris Bertish on the alternate list, join a very stoked Bromley.

“My invite to The Eddie is one of the biggest achievements of my career,” said Monster Energy team rider Bromley on receiving the news of his inclusion.

“The event is pretty much the most exclusive and prestigious big wave comp in surfing, and even though I am only an alternate, I feel extremely honoured to have my name in the mix amongst the most significant names in big wave surfing.”

The Eddie has a waiting period from December 1, 2019, until February 29, 2020. It has only been run off 9 times in the three decades it has been around, and John John Florence won the last event. It was recognized as one of the biggest events in the world, with 1,2 million views on the live feed from 200 countries, according to the event website.

The Eddie garners massive mainstream attention and is an event steeped in Hawaiian culture and tradition. The opening function takes place on 5 December at Waimea Bay. For more on the event, check out the event website