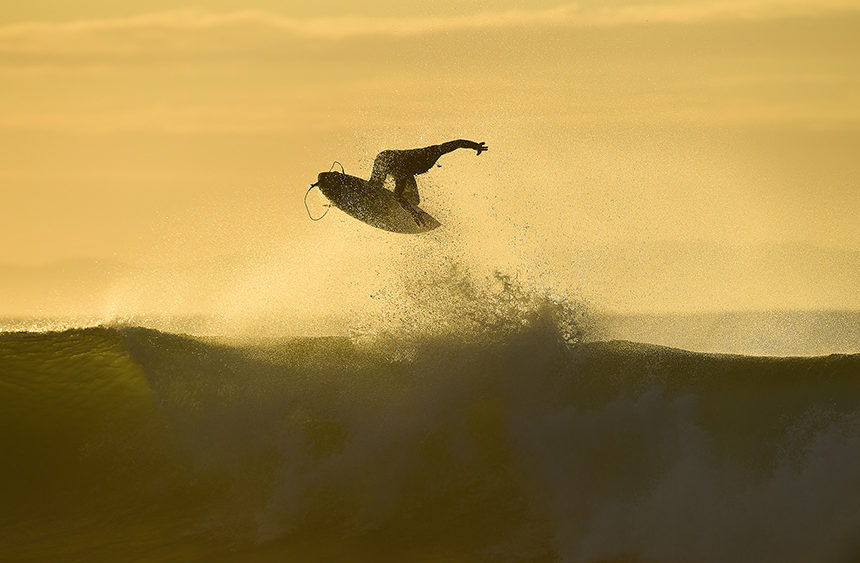 Fresh off Hawaii and he’s already on to the next one. We caught up with Matthew McGillivray before he jumped on a plane and set off to Israel to defend his title at the SEAT Pro Netanya.

First off Happy New year and all the blessings. On that note, any new years resolutions? Are you going in swinging with the ‘new year new me’ philosophy?

I’ve never been much of a ‘new year new me person’, but there’s always things from the previous year which one will try implement in the new year. For I think it’s about making sure I’m enjoying my surfing and not taking it for granted. To have the opportunity to travel to different competitions around the world is something I hope I never take for granted, not something I can come back and do later in life so I really want to enjoy and make the most of it now.

You’re the defending champ going into the SEAT Pro Netanya, how the nerves treating?

Yeah, there’s definitely some added pressure from being the defending champion. There are such good memories from last year so its always a challenge to try to meet those expectations again, but I’m excited about the event and have decided to give it my best shot. It should be fun no matter what. The best one can do is always the best one can do and so I’ll try focus on the confidence it helped me out 2018 and use those lessons learned and see how it goes now in 2019.

Let’s talk boards, what set up you sporting over there?

I haven’t been up to Durban to work on boards with Gee yet, but I’ve got three good boards from last year which make an Israel quiver that I’m really happy with. Each board is a different model so I have some variety, there’s a Holy Moly and a Hook it model which are both 5’11’s which work well in small to medium surf. I then have a 5’9 1/2 Firefly model with a that is for in case of emergency QS stuff.

Last year you had a wild ride, you no doubt made a lot of heads turn all around the globe, you were even within touching distance of eliminating Julian Wilson at the Corona Open. What’s your plan going into 2019, anything changed?

Last year was a lot of fun, there were ups and downs of course, but it was really good to feel like I had made progress towards my goal of making the Championship Tour. I’m always happy when I feel like I’m improving and that’s what I think is important, to keep building on what one has . This year I’ll be fully focused on the QS again, focusing on the bigger events and trying to make the most of the seeding I finished off with last year. I’m hoping for a chance for one or two surf trips in between the contests as well, that is definitely needed this year.

You’re over in Israel, a spot most people wouldn’t peg on their surf map, give us your travel pitch?

Everyone’s always surprised when I tell them I’m going over to Israel for a surfing competition. It’s the Mediterranean ocean, not the place you’re going to go for a surf trip but Israel still gets really fun waves from time to time. There are a lot more surfers over there than you’d expect, they’re really passionate people and as soon as the waves start breaking the water is quickly crowded with .

Did you take a break at all or has it been full tilt, training hard since leaving Hawaii?

always nice to come home and recharge the batteries after a long year and to be honest what I’ve mostly been doing. The waves are scarce during J-bay’s summertime so I’ve been riding fun boards and longboards and mostly just unwinding. There’s a long year ahead, I’m really excited for it, but there’s lots of work to do still in my surfing and I’m wanting to keep that surfing passion going through it all, through the ups and downs of competition.

In your opinion, who was the surfer of the year last year?

In my eyes, I’d have to say, Jordy Smith. He’s at the top of the game and it’s really inspiring to see how each year he manages to step it up again and again.

You were the highest ranked Saffa on the QS, a great achievment. What did you takeaway from it all?

It is something I was quite proud of at the end of the year. Like I said earlier it was really nice to be able to feel progress from the work put into my surfing. I’ve had a lot of help and support along the way and I wouldn’t be near this point without it. I’m really grateful to be able to do this and am looking forward to whatever this year holds.