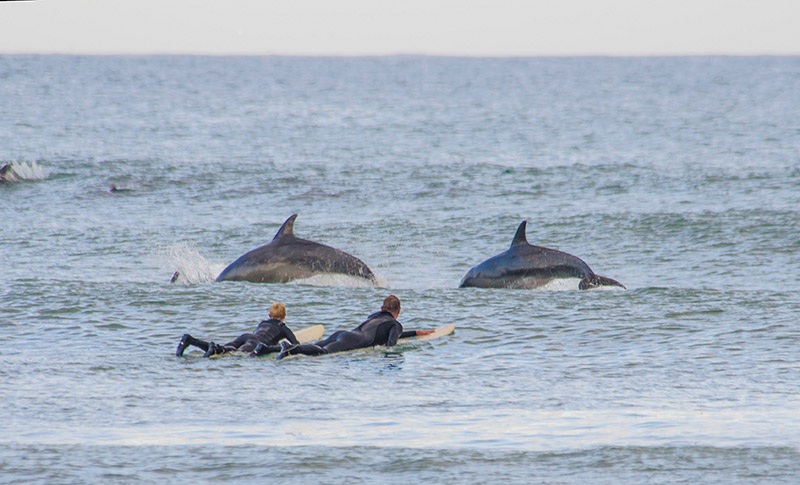 While on his way back from a mission to shoot a photo of the lighthouse at Cape Recife, photographer Sean Thompson happened upon a scene a little further down the beach. ‘Grief Becomes Relief at Recife’ is Sean’s entry into Write To Surf – Zag’s surf journo competition with epic prizes by Billabong up for grabs (see details below). 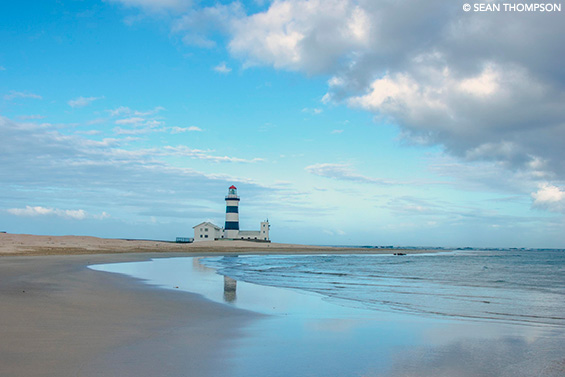 So elegant, graceful, acrobatic, fast, yet effortless; dolphins have these mystical powers that seem to draw people in. Whether they are slowly swimming in a pod, jumping out of the water, darting around on a crazed bait ball-induced feast, or surfing waves at one’s local beach break, I usually find myself grappling for my camera at the first sight of them with the prospect of capturing that majestic moment – a defining shot which somehow sadly seems to evade me.

Thursday, 5 March was no different. I was away on a business trip in the Eastern Cape but took time to take a walk down to the Cape Recife lighthouse. I had seen an image of her once and wanted to capture it for myself. Against the warning of a friend, I took a stroll down the beach oblivious to who or what could be lurking in the nearby bushes. An hour later I made my way – armed only with my monopod – back to the place at which I had parked my car. Fortunately today was to be one without incident or excitement. I packed my gear away then hopped into the drivers seat and began heading toward the main gate. 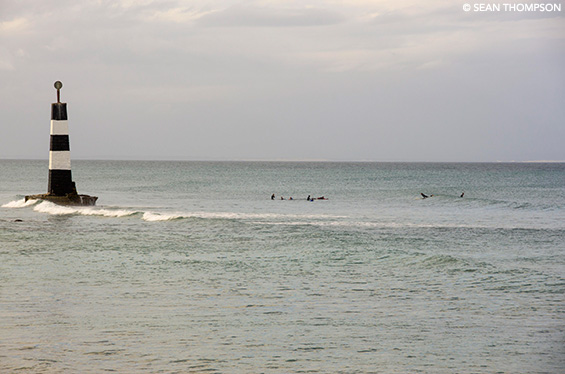 A few hundred meters up the road I made out some surfers in the water, so I pulled over, grabbed my gear, headed down to the waters edge and found a rock with good elevation to shoot from. Golden hour wasn’t far off and the light was just beginning to fade. There were approximately 15 surfers out at backline and one fairly young guy sitting much further down the beach, closer to me on his own.

I still recall thinking the spot felt quite ‘sharky’. There was not a lot of surf action to write home about, but it wasn’t long before I was rewarded with action of a different kind; a large pod of dolphins rounded the point and cut a line directly toward the take off point.

They were breaching, surfing waves and passing very closely to the surfers. I watched as they made it out past the the lineup and toward the youngster, who by this time had noticed them and was watching attentively. They swam straight in his direction missing him by meters. I noticed the fear and panic on his face as he tried paddling toward the group, however, this would be paddling straight into the pod. The continual trail of dolphins seemed to go on forever… 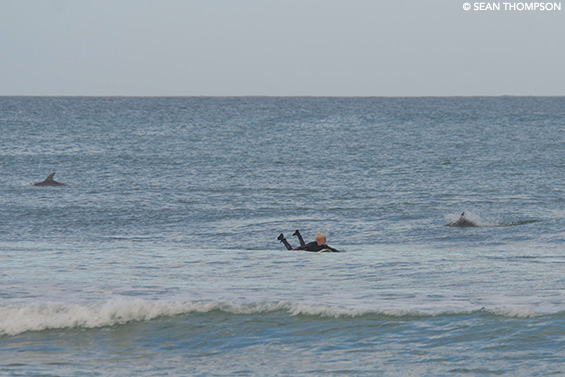 In a bit of a panic now he turned and started paddling in the opposite direction with them. He sat up looking around, trying to see where the next one would breach from below. To make matters worse there seemed to be a long lull, so he could not even paddle into a wave to get him out of the area. What must have felt like an eternity to him finally ended when he paddled into a small foamie and started heading to shore. Unnoticed by me, an adult surfer had made his way out to the youngster. I am not sure if he was already in the water and had caught a wave in to get to the grom, or if he had just launched from the beach. 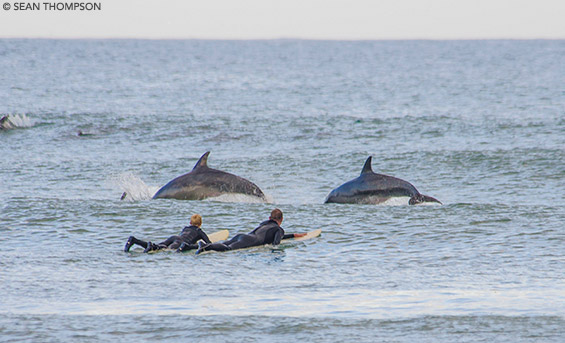 When the two met you could see and feel the relief of the boy. They turned and paddled out toward the back of the lineup together. The dolphin were still passing by but the panic and fear had been replaced by an appreciation as they watched them gracefully swim by at close quarter. I was so stoked with some of the pics and sadly never got to share the moment with them. Whether they were father and son or strangers is of no consequence – I would love to find out who they are so that I can share this shot with them.

Opinions expressed in Write To Surf entries are not necessarily those of Zigzag.
Click here to check out all the published stories from our Write To Surf competition.

THE FINEPRINT:
Send your stories to calvin@zigzag.co.za. One submission will be selected every six weeks to appear in Zigzag magazine. The selected submission will also receive a hamper from Billabong. At the end of the year, we will select and send one aspirant journalist from the competition on an all expenses paid assignment for a major feature in Zigzag. Zigzag retains the right to use any work submitted for the Zag Surf Journo competition on zigzag.co.za as outlined in the rules and terms of the competition. Zigzag reserves the right not to award a published winner in the magazine every six weeks, depending on the quality of entries. Zigzag is not obligated to run any and all entries submitted, either online or in print. Zigzag retains the right to edit all work submitted for brevity and / or clarity. Please note: Prize hampers will only be delivered within South Africa. 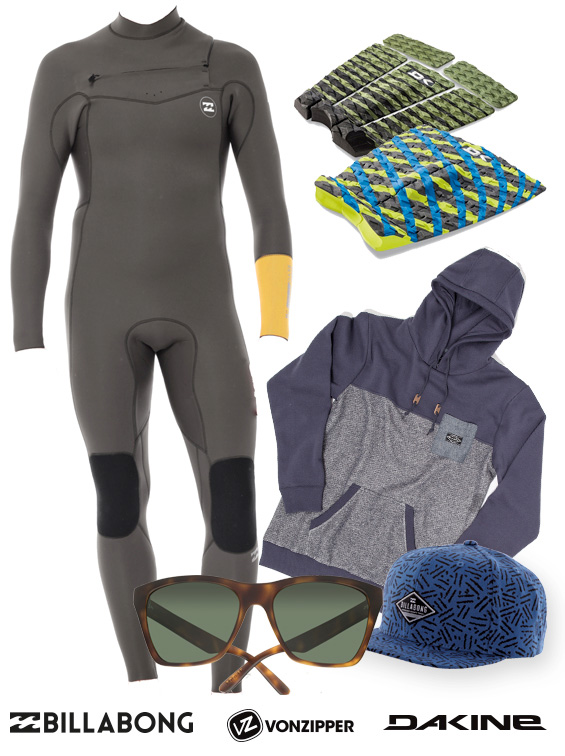