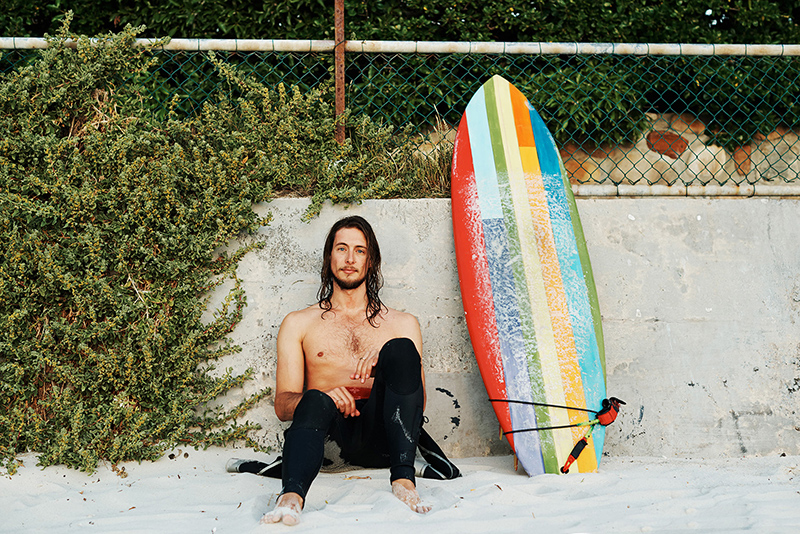 Music and surfing go together like offshores and groundswells; the two just make a good combination. With this in mind, we’ve been introducing you to some talented ocean-inspired artists in our ‘Surfer’s Ear’ features. And this week we catch up with Durban-born surfer and musician, Miles Sievwright, who has been strumming his melodies in Cape Town for the past few years.

We asked Miles to tell us a more about his musical journey. His story continues below: 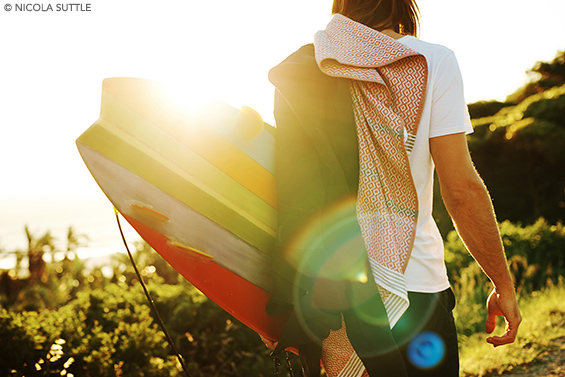 Searching for surf in the Western Cape.

John Sievwright was a life-guard at Durban Surf when he met Gail Warren. She lived in a flat above now New Pier with her parents and was the sister of John’s best friend Edgar. When they married, and my brother Chris and I were born, they kept close to Durban beach front – even though we eventually moved to Kloof – and I grew up looking for my dad’s blue board in the water while my mom suntanned on the beach.

Surfing always played an important part in my father’s life. I took hold of his Mark Richard’s twin fin when I was old enough to carry it. It was wrapped in a makeshift blanket cover that my friends were dubious about and tended to walk a little ahead of me when I arrived at the beach with it. I’ve been through a few boards since but the rainbow-striped quad fin that I ride today is something of a throw back to that old board, waxed from chest to toe. 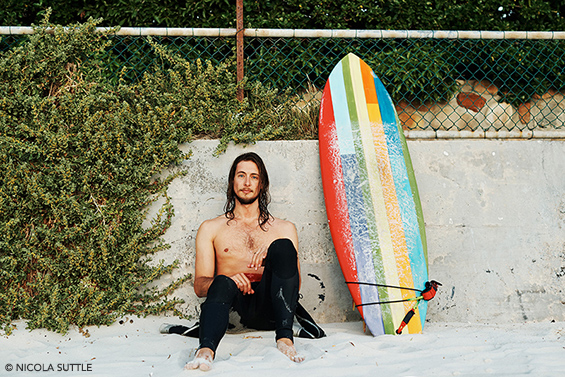 Miles and his rainbow-striped quad, waiting for the tide to turn at Glen Beach.

Some of my best university memories are going for dawnies with my friends Emile and Chris, Interpol beating out on the car cd player. We’d walk on the piers with a Wimpy coffee in hand before suiting up and sliding in.

These days, in regards to surfing, I’ve kept it quite simple and tend to go out at Glen beach as its close to my flat in town for a swim/surf/bodysurf. I think I’ll have a life long connection to surfing, even if it has been inconsistent at times. There were a couple of years, not too far back, where I didn’t touch a surfboard because of a storm swell that left me quite fearful of the cold Atlantic waters. When I started up again I was at the beach every afternoon, grinning and squinting as the sun made its way behind the sets.

I have a very honest approach to my music writing. I want the lyrics to illuminate something deep within me, and the guitar work to be its own separate process of discovery. The style I’ve adopted uses a wide variety of finger-picking/tapping techniques and I make use of many altered tunings. The music has been described at times as reminiscent of a sunnier Nick Drake, Neil Young, Jeff Buckley, Leonard Cohen and Sufjan Stevens. I draw a lot of imagery from natural scenes, the moon and sea often feature, usually representing some mystical element to me. I spend a lot of time at the beach, either for a surf, swim or just to stare out to the horison at sunset and give thanks for the day. ‘Bottom Of The Sea‘ was conceived on one of those days, I felt that I had found peace and “nothing could touch nor harm me”. Not even the Great Whites lurking beneath.

I feel like the ocean always receives me and I can access a part of my creativity that energises my writing, so much so that many of the songs on my album have direct ocean references: “A shadow rose in the harbour, the moon glides in on her mirror”, “Go to sleep, dreams of waves, they carry you far away – to a sailor’s resting place” (Look Below The Window); Bottom of the Sea – whole song; “Salt spray cleanses my day, I have no words left to say” (A Certain Kind Of Loneliness); “I watched the moon rise across from me and dip its embers into the sea” (Bobsled). My most recent song was inspired by the passing of a friend who was a constant beach buddy, “Come baby don’t fight it, float on a rip tide and slip away”, I’m recording this at the moment.

I started playing guitar when I was six and have ever since regarded it as the most soothing interaction this world can give me. And I’ve seen that relationship form with so many of my guitar students today. I packed up my bags eight years ago and made my way to Cape Town to pursue a musical vocation after finishing an Economics Honours degree at UKZN. My parents weren’t sure of my decision, it seemed to be motivated from an obscure desire. The new environment was a catalyst for my song-writing and I have since road tripped and toured this country and abroad a number of times. Recently I did a stint in Berlin and it was really rewarding to be able to perform – in a busk or a show – every second day if I wanted to. 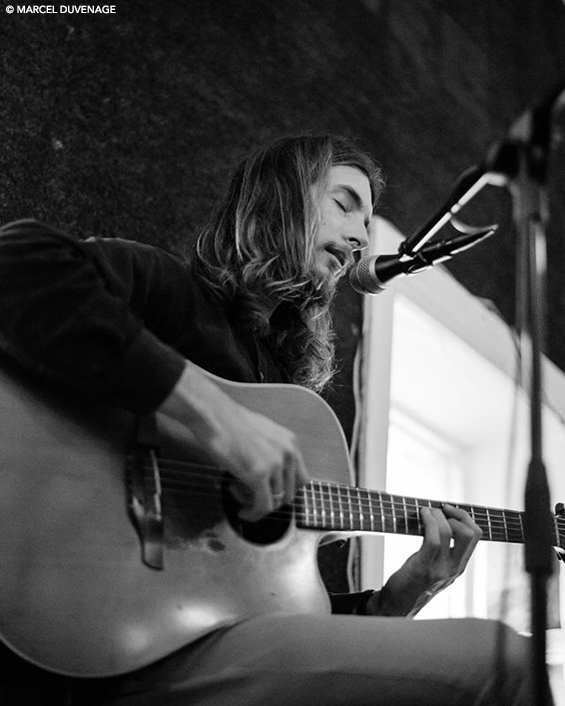 Whether for an audience of one or hundreds, Miles enjoys a show.

I paired the release of my first EP ‘A Certain Kind Of Loneliness‘ with that trip. I like the idea of enriching my life’s narrative with a poignant song over the pursuit of a following. One of my favourite musicians, Nick Drake, never found popularity in his lifetime, so I’m not too fussed if my music reaches a thousand people or a million – so long as the song comes from the right place and gives me insight to where I am and may be headed.

My musical tastes have added a sitar, ukulele, banjo, my grandfather’s banjolin and numerous guitars to my home and they hang elegantly enough on the walls of my city apartment. I have a few shows lined up for November: Yesterday (Sunday, 1 November) I played at Up Yours, upstairs from Yours Truly on Kloof Street. On Thursday 12th I’ll play at the Waiting Room on Long Street. I generally prefer to play quiet venue gigs and have played soirees in friends and music appreciator’s lounges over larger venues. 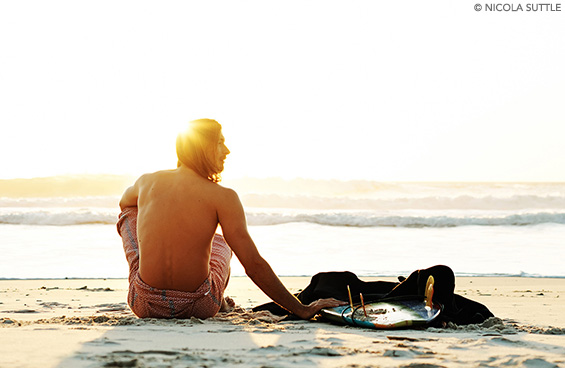 Dreaming up lyrics, while the Atlantic plays the background track.

For more info about all upcoming gigs please visit my Facebook page: facebook.com/milessievwright.

Go to milessievwright.bandcamp.com to download or listen to Miles’ debut album ‘A Certain Kind of Loneliness’. 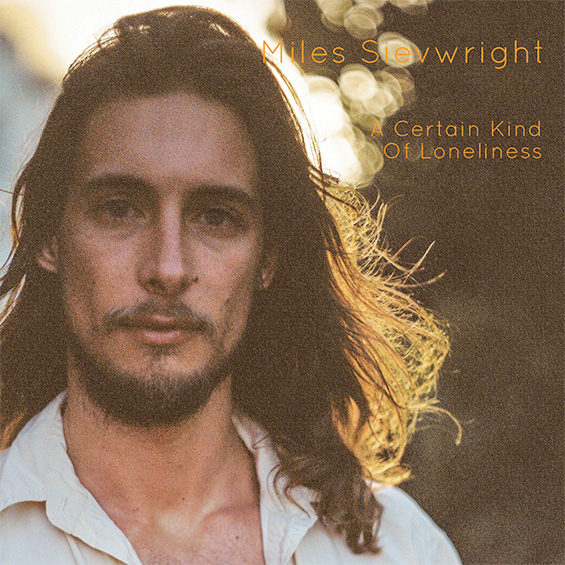 Missed one of our previously featured artists?
Click the links below to check out their feature:
The Hinds Brothers / Steven Sawyer / Sean Koch