The PE surf community lost one of its local legends on Tuesday afternoon. Vaughan Jones, known as Mr Jones to many, passed away whilst surfing Rincon. It’s believed he suffered a fatal heart attack. 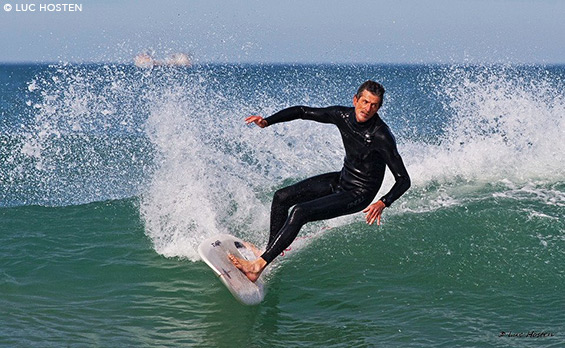 “Vaughan had just paddled back to the line-up after a kiff wave and the guys in the water said he slipped off his board and was floating on his back as if he was relaxing or getting too hot,” reported a saddened Andre Venter to popular PE surfing website millerslocal.co.za.

“Then when a set came through they realized something was wrong as he did not get back onto his board. Four guys paddled over and put him on a board and brought him to the beach. They started with CPR before medics arrived, and then the medics tried their best for at least 20 to 30 minutes. They said his lungs were filled with water. His heart did give a flutter at one stage but it was to no avail, all our hearts just sunk as a great surfer and friend surfed his last wave.”

A memorial paddle out for Vaughan has been scheduled for 1:00pm this Sunday at Pipe. The EP Junior trials that are also scheduled to take place on Sunday will take a break as they too join in the memorial.

The tributes have been pouring in by those who knew Vaughan as a surfing brother, teacher and friend. 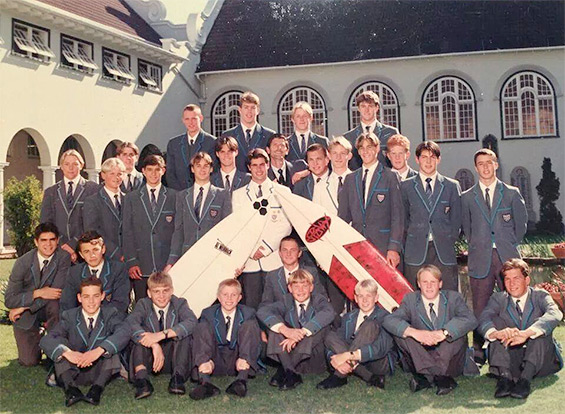 Kai Linder, a former pupil at Grey High School where Vaughan was a teacher, had the following to say:

Growing up in the 80-90’s in South Africa, its safe to say we surfers, especially young surfers, were considered slightly anathema by our schools and teachers. If you were lucky enough to be good at mainstream sports you were ok, I for example played rugby and thus was considered a rugby player with a weird habit. But to even consider that surfing was an actual sport that schools could compete against one another in, well that was crazy talk!

So it was a revelation when one day while surfing the Pipe with good mate, Brad Sorour, we saw a man coming down the line looking like a lanky Mark Richards bearing a striking resemblance to our new teacher, Mr Vaughan Jones. Could this be? Could one of our teachers actually be a surfer?

We approached him on the beach and it was indeed our teacher, and what’s more he was totally stoked that some of his students shared his passion for the royal art of surfing. We told him how hard we had been trying to start a surf club at Grey High School and asked whether he’d be keen to assist us. His answer was that it was as good as done, and could we design a logo so he could get the school shop to start printing club shirts.

The man was our hero instantly! Vaughan Jones helped so many kids realise their potential, as well as supporting them in the pursuit of their passions. He was not your average teacher and thus got through to many kids who probably would have slipped through the cracks otherwise. He influenced kids from George, to East London and finally in PE. His legacy will remain through every one of us who was privileged enough to have him as both a teacher and a friend. He died doing what he loved best and none of us could ask for more than that.

So remember to look out for the little guys, to give selflessly in aid of their aspirations and dreams, to support them when surfing seems difficult, and of course to be a loving father, teacher and friend. I send big love to his family and hope that every surfer will honour his memory. 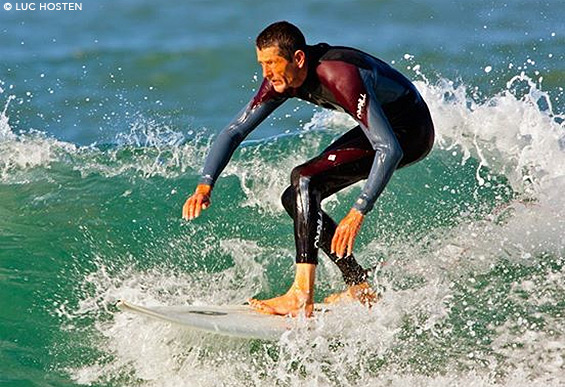 Vaughan, maxing the miffness at Pipe.

Johnny Bakker, the President of EP Surfing and long-time friend of Vaughan’s, wished to add the following words about his surf buddy:

On behalf of the EP surfing community I would like to express our sincere condolences to the Jones family and friends for their loss.

The EP surfing community is deeply saddened by his sudden loss. He was a dear friend, a fellow surfer and loved by all. He surfed the Pipe more than many groms and he will be missed in the lineup. Always friendly and keen to chat to all. He was a past member of the EP Surfing Committee and the driving force behind interschool surfing. As a Grey teacher by profession, Vaughan developed and encouraged surfing at school level.

Another PE local and friend, Mervyn Goddard, informed us that Vaughan’s last wave was a cooker.

Vaughan was a Pipe local and almost always paddled out no matter how small it was. The stoke he had led to him developing a sticker that he handed out to the ballies who were regulars at the Pipe. It read “PIPE BALLIES – MAXING THE MIFFNESS”

Once I asked him what the wave was like as he got out from one of his many surfs at his local and he said “it’s wet and its moving”.

At 62 years of age and after over four decades of surfing, Vaughan still had the stoke of a grom. He often sat beyond The Boil at the Pipe even though only the larger set waves that came less frequently broke there, all in the hopes of catching a smoker. He believed in order and respect in the line-up and was respected for it.

By all accounts his last wave at Rincon, a few hundred meters from the Pipe, was a smoker. He died shortly after.