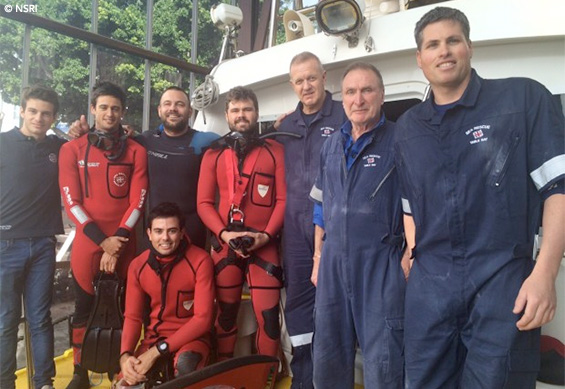 Cape Town was rocked by massive swells over the weekend, and on Saturday, 30 May, bodyboarder Arthur Sierra (34) ran in to trouble after getting caught in a rip current at Camps Bay. Below is his recount of the story, which saw him eventually being rescued more than one nautical mile out to sea and drifting towards Sea Point.

The swell was extremely large, and we’d already been down to the Reserve to check it out. We were kind of a day early for the swell and it was big and messy. So we went back to Camps Bay and there was this big shore break, about 6 to 8-feet. We’d been thinking about it for a while and then decided to give it a go.

My mate Jonty and his brother James actually got out there before me. For some reason they kept on paddling right and started going out towards backline. I was in the mid-break and I kept on waving to them to come in a bit and they weren’t coming in. So I realised that they probably got caught in a rip and I should either go back to shore or go and help them. So I decided to go and try and give them a hand, because we had another friend on the beach, Kelly, who could call someone if we were in trouble, while I was already in the water and could go help. 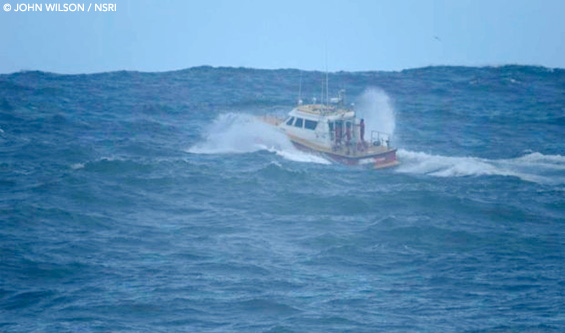 NSRI rescue boat Spirit of Vodacom heading out past Queens and en-route to assist.

So I started paddling out to go and try and find them, because I could only see James and I couldn’t see Jonty anymore. By the time I got to where I last saw James, they’d disappeared. So I thought, I’m in a world of trouble here. Now I’m in the rip and I’m going out to sea, and if I try and swim in I’ll probably end up dying. The waves were breaking everywhere and they were right on the rocks. I was already drifting past the point at Glen Beach towards Clifton, so I decided that I would just float out to sea knowing that Kelly is on the beach probably calling for help and I must just remain calm. And that’s exactly what I did. I just sat on my board and went with the wash, because I knew it would eventually end up in the bay at the V&A Waterfront. So I figured the swell is going that direction and I’ll go with it, and hopefully the guys pick me up before. It was the only way I could think of dealing with it.

I tried not to think about sharks and just kept my mind focussed on Jonty and James, because I still didn’t know what happened to them. Then the NSRI boat came past me and went to Camps Bay, so I thought, “Oh shit, the worst has happened. They’re in the rocks or whatever it is.” Then the chopper went past me and I thought something has definitely gone down. Then the boat came back and they missed me again. 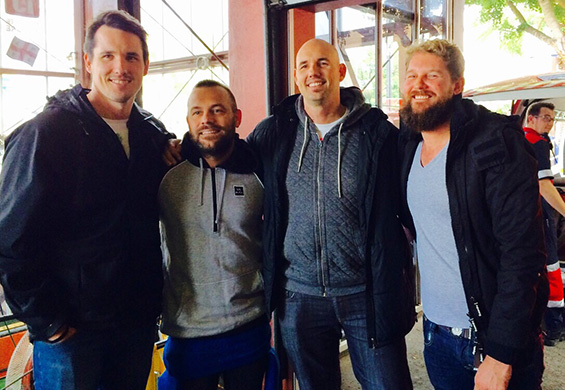 James, Arthur, Jonty and Kelly. Pleased to be on terra firma.

Because the waves were smashing the outer rocks at Clifton so hard, I thought it was a better idea that I go even further out so a boat can get to me. I was actually floating on a bed of kelp more than a kilometre out when the boat came past a third time and picked me up. The chopper actually spotted me. I had turned my board upside down and was waving it to get their attention, then they guided the rescue boat to where I was.

I was so stoked to see them. I lost my voice from screaming so much. I jumped on the boat and the first thing I asked was, “where are my mates, are they okay?” And they told me, “all is good, they’re alive!” You can’t describe how stoked I was to hear that. The whole time I was just concerned about my friends, because it was my stupid idea to come and surf Camps Bay. I thought to myself, “why do you always have to do this. Why do you have to push the boundaries?” 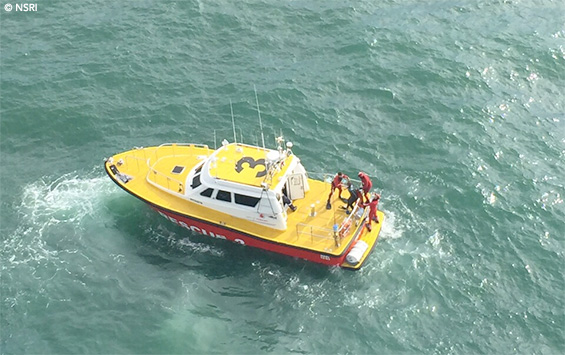 The moment Arthur was rescued by the crew from NSRI Table Bay. 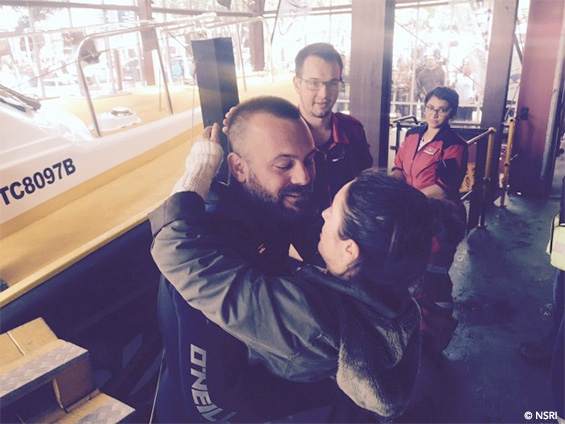