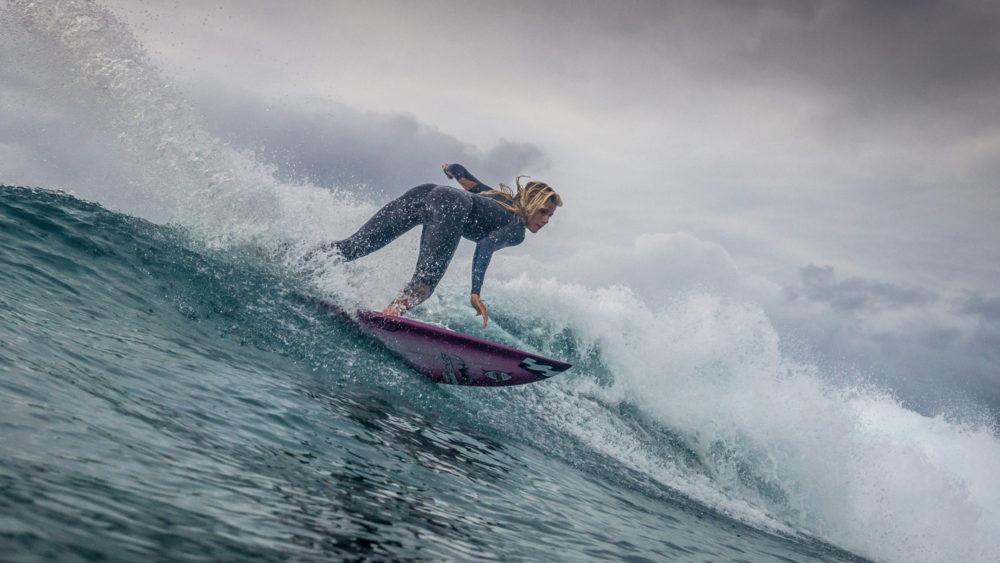 Raised on a staple diet of right-hand point break waves and swiftly growing in status and stature is young Zoë Steyn. Zoë is the youngest female surfer to ever win the prestigious SA title and after receiving a recent clip of Zoë out at Nahoon, courtesy of Greg Emslie, we got in touch to find out what her plans were for the new year.

(Zag) First off, Happy 2020, looks like you been getting some out at Nahoon, showing the ballies whats what hey?

(Zoë) Ya, so far we’ve had such good waves in 2020! Definitely some of the best waves we’ve had all Summer!

We hear you off to Australia in a week or two, what events will you be competing in?

What’s the goal this year, both in and out of the water?

My goal, for now, is to do well in Aus so that I can still be in the prime events for the second half of the season and hopefully next year, so I’ll have to make a couple of heats over there! Other than surfing I need to focus on getting good grades because gr11 is a big year, so I guess my hands are pretty full.

I got a bunch of boards from different shapers so I’ve just been trying everything and feeling out what goes best in which waves. I’ll definitely be taking some grovelers to Aus since it looks like mainly small beachies.

Is there a particular aspect of your surfing you’re trying to improve on at the moment and who has been helping you?

I’ve been working on small wave surfing since that’s mainly what the QS consists of. I’ve been really lucky to have Greg Emslie help me, he pushes me a lot and its done a lot for my surfing. I also spend some time coaching with Andre Malherbe, he helps me a lot with technique.