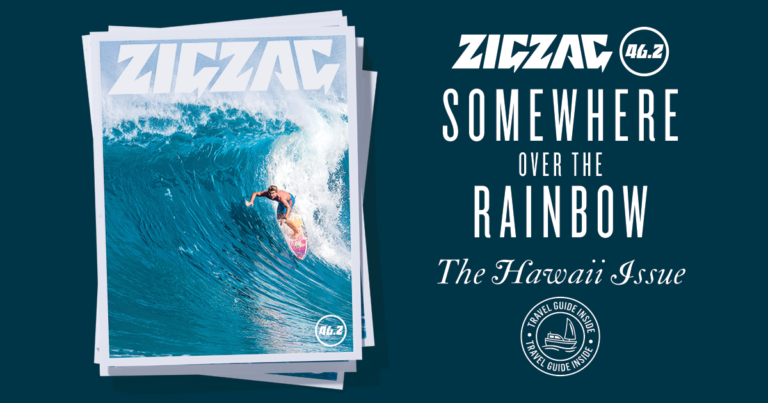 Here’s a sneak peek into the latest issue of Zigzag, as described by those featured, in their own words.

Available via courier, in post boxes and on the shelves of your favourite surf shops, coffee shops, airports and primo coastal Spars, Woolworths, Checkers, Pick n Pay and more… Or just buy it here, now.

The Four Battlefields – 1976 World Champion and SA surfer Shaun Thomson explains why Hawaii remains the proving ground where surfers find the keys to the kingdom.

Ohlala! – Maxwell Gifted has spent the last few years gathering photographic treasures in the Indian Ocean islands. This is his portfolio.

Not the Banzai Pipeline – Every hard-breaking left barrel on the planet gets compared to Pipe. Ian Thurtell shows and tells us why that’s not such a great yardstick, using two rarely examined local examples.

True to the Core – A car accident introduced Kevin Olsen to yoga and put him on a life trajectory from competing, to coaching, and now shaping in Hossegor, France, where he spends his days threading heaving Atlantic breachbreaks.