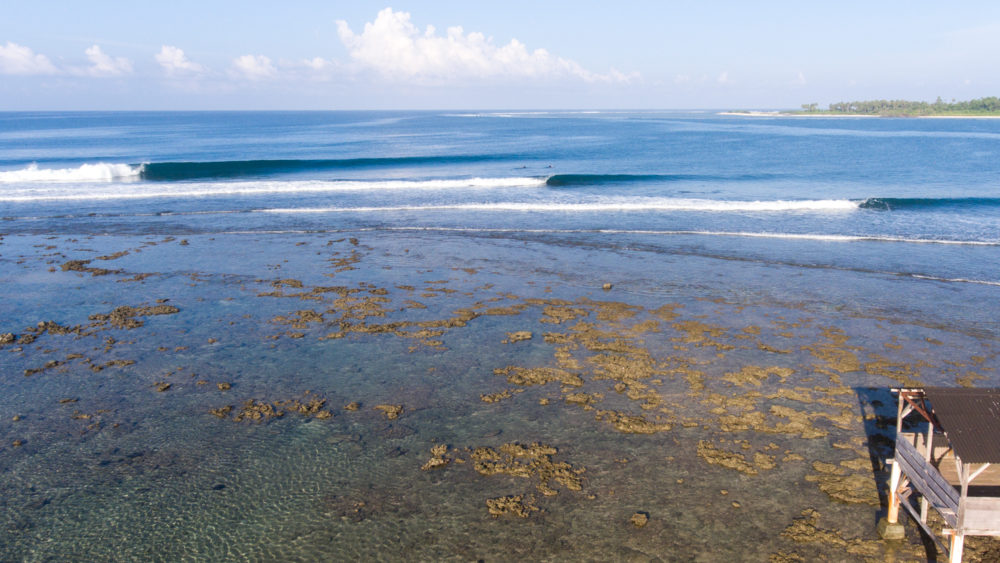 With the many rumours that Indonesia might open up for tourism in 2021 we felt like our time might be running out to get around Indonesia to surf some of the breaks that are usually super crowded. We are always chatting, keeping in touch and brainstorming different ideas for surf trips in different parts of Indonesia, especially during Covid, as there are no charter boats running and the resorts and camps don’t have many people in them. It has not been easy to actually get these ideas for surf trips to materialise as we have all been hit hard financially due to covid and funds are not at their all time highs. 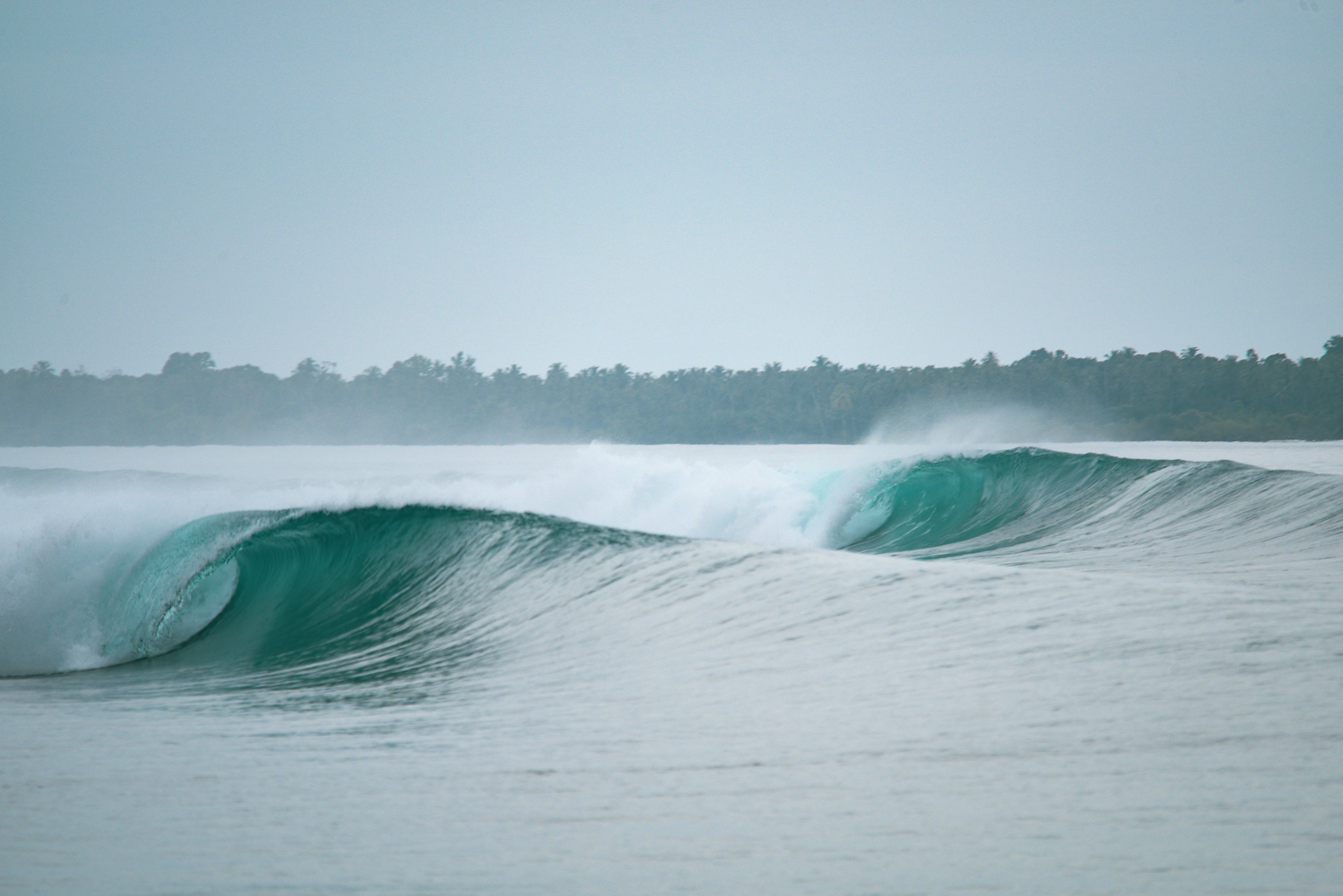 And they just kept rolling and rolling (Images by Hatsumi Ajinomoto)

As the new year kicked off and the season slowly started to transition from wet to dry season, we decided to do a strike mission to Macaronis, Mentawai before things open up and the surf gets crowded. Lance Morris hit me up and asked me if i would like to join and document the whole trip taking photos and video. He explained that our Saffa friend Wesley Kruger invited us on his sail boat to head out to Macaronis for the coming swell. Obviously, I was over the moon and straight away began preparing all my gear. The trip started off with 3 days of transit through 3 different airports and a ferry to get to Wesley’s boat, take my advice and never book using the cheaper airlines in Indonesia. We had found some cheap flights and thought it was a great deal but ended up with our flights being canceled, rescheduled, missing the ferry, and having to spend a night in Jakarta and a night in Padang. 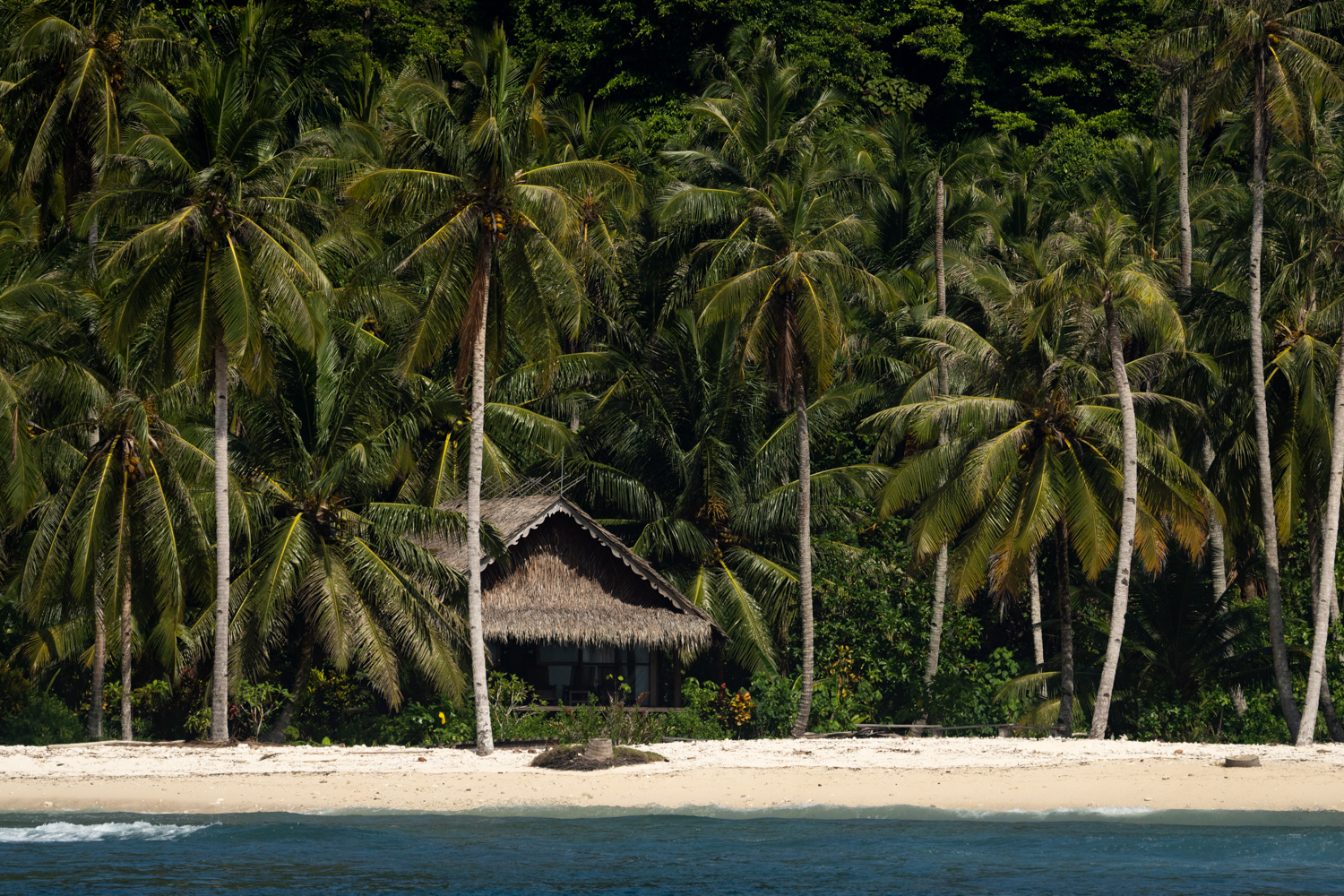 We finally arrived in Tua Pajet and set sail for Macaronis that evening. The original plan was to break up the trip and spend a night at HT’s and have a surf in the morning and continue on to Macaronis but we decided to push on and sail through the night straight to Maccas. We arrived at 2:30am the following morning, dropped anchor and tried to get to sleep. With all the talk through the night about the swell and cooking waves on the way with the boys amping each other up, I was way too excited to sleep. I managed to get a few hours in but was up first thing to see what we had arrived to.

We woke up to howling messy onshore surf. I had previously worked at Macaronis Resort for the entire season of 2018 and I know that things can change very quickly in those parts and sure enough within an hour the wind turned offshore and it was on! Guy Morgan was already out at Macaronis Resort and came out to the boat first thing in the morning to welcome us and drop a bag of granola with us for brekkie. The boys then got all zinc’d up ready to surf for as long as possible, I grabbed all my camera gear and headed for the tower on land to film the session. It cleaned up nicely from the onshore in the morning and I could see that this was going to be one for the books, and that’s exactly what it was! 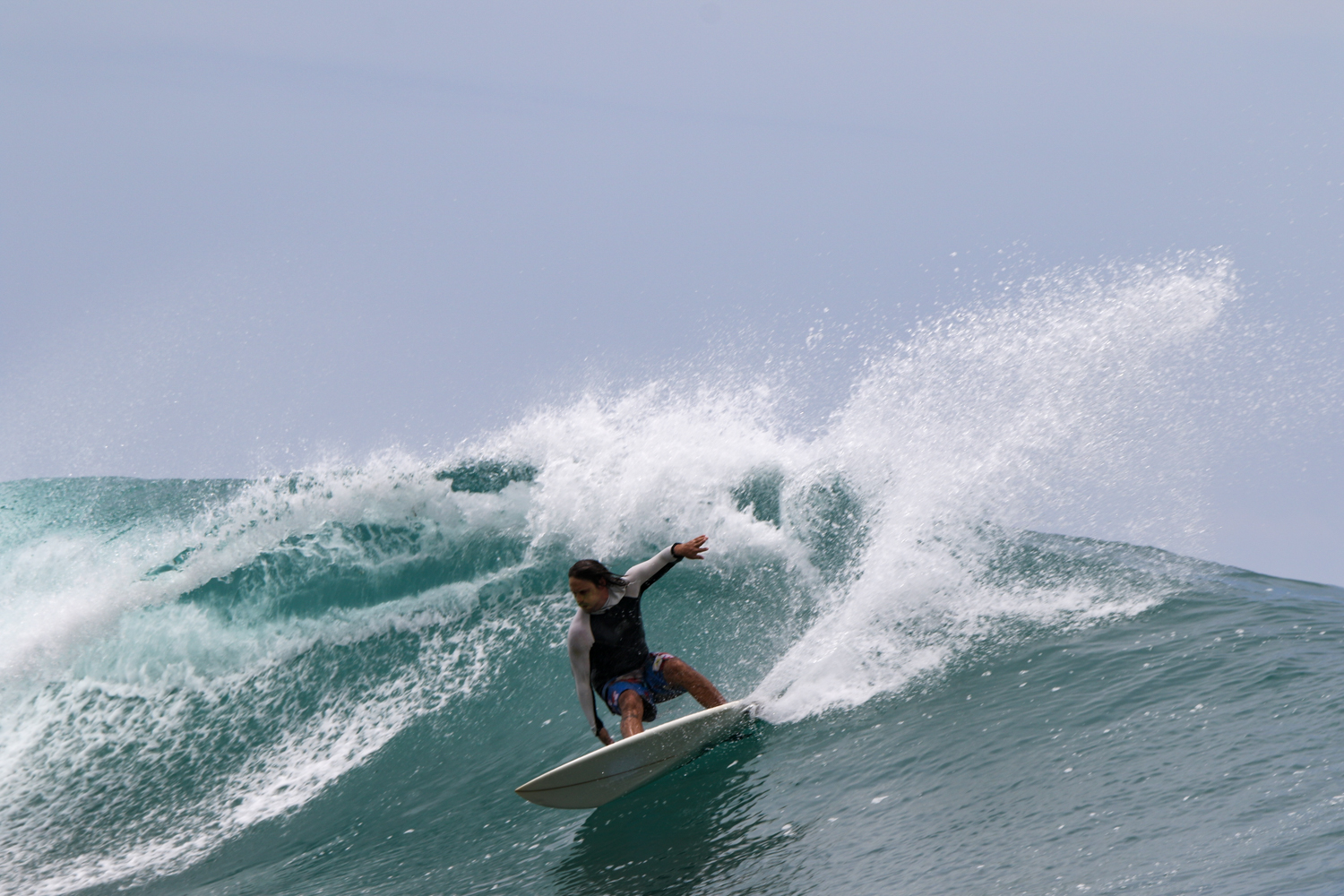 I sat in the tower all morning filming the boys getting perfect waves. Guy Morgan finally called me out for a session and said he would shoot for the rest of the afternoon. I packed up my gear and made the trip over the reef and into the channel swimming with my big black box of camera gear on top of my board. As I entered the channel the boys picked me up with the dingy, I pulled myself up into the boat and looked up to see the most beautiful sight of these perfectly shaped left handers rolling in with a glassy face and overcast sky. 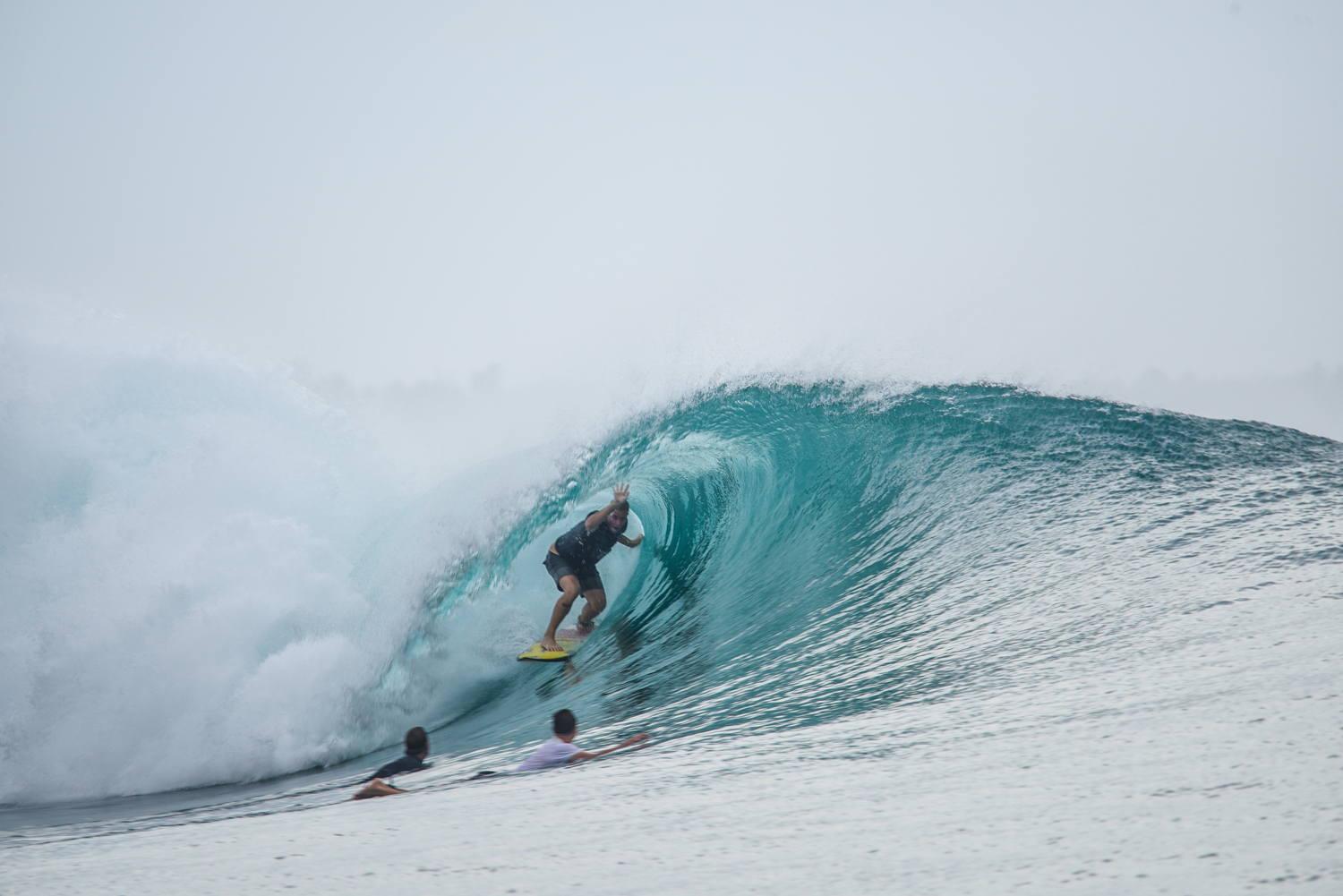 After sitting with a front on perspective of the wave all morning this was a refreshing perspective from the channel and gave me that excitement and froth we all get before we paddle out into perfect waves. I grabbed my board and jumped off the dingy and Guy shouts ” are you hungry, you’ve been shooting all morning, come grab a bite off my plate” I had only eaten 4 bananas and a granola bar all morning so I paddled over and grabbed a large mouth full of spaghetti bolognaise and paddled into the line up and had one of the best Maccas sessions of my life.

We spent the next 4 days on repeat, surf, shoot, eat and sleep. The crowd was minimal, on our first day there was one charter boat, a private sail boat and 6 guests from the Macaronis Resort, the following day the charter boat left in search of some right handers, most of the guys on the charter boat were natural footers and had already been at Maccas for 2 days before we arrived. So, we were left with just 6 of the Macaronis Resort guests and 3 people off the private sail boat. There was a really good vibe out there with more than enough waves for everyone. 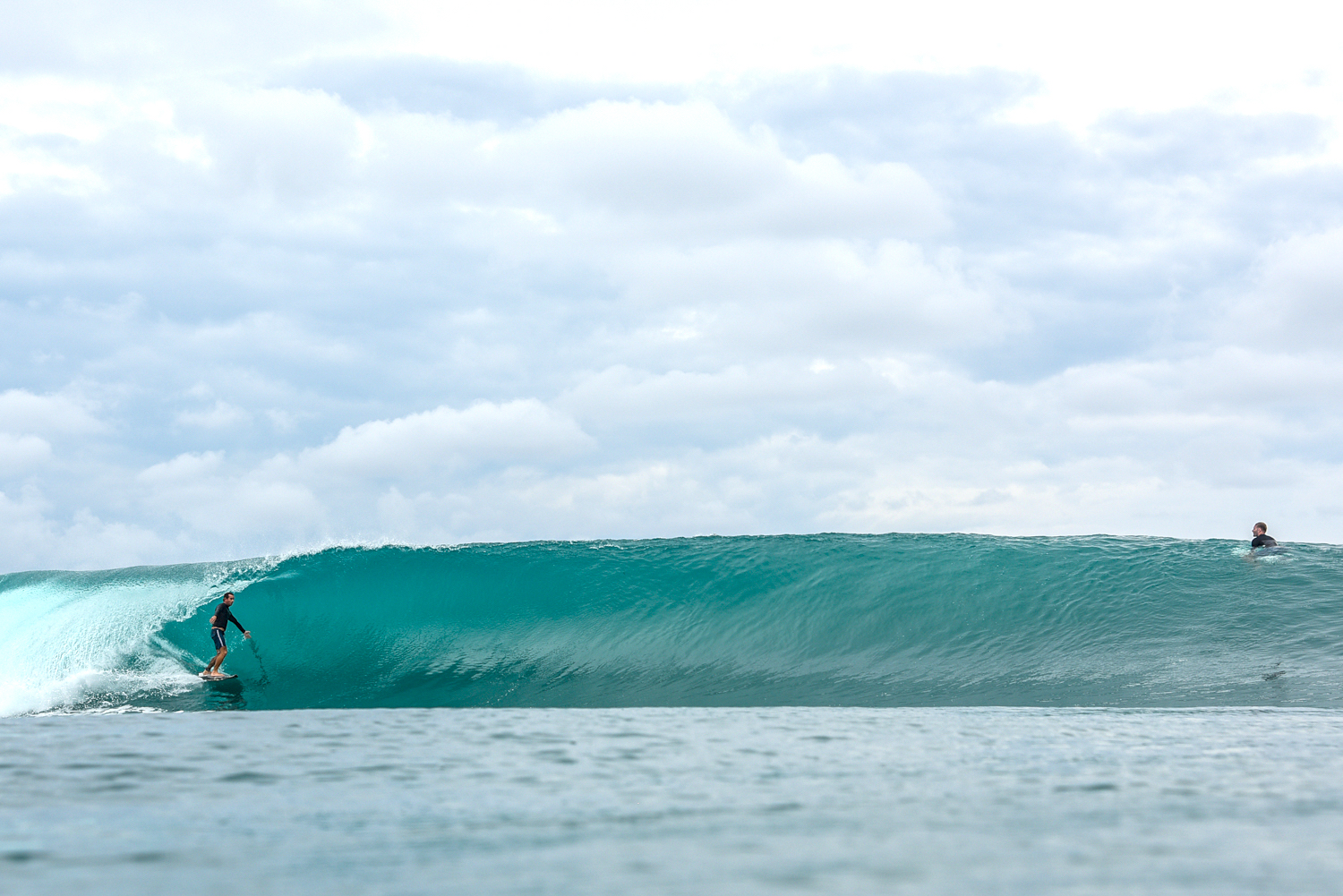 The days would end with all of us sitting around the back of the boat, Bintang in hand talking about the amazing day we experienced. By day 4 the boys were all cooked from surfing and the sun, even with keeping the most hydrated and zinced up all day you can’t avoid getting absolutely cooked having that many waves between such a small number of people. Guy and I were on rotation shooting and surfing so we never missed a thing. Macaronis Resort was super accommodating during their guest visiting hours with amazing food and of course ice cold beer.

On the way back home we stopped at Lances left to have a few beers with our fellow Saffas friends Jaco Steyn and his other half Caylin. They showed us their beautiful resort (Kingfisher Mentawai) and all the renovations improving the place in anticipation of Indonesia opening up. Truly a magic spot right on the beach in front of Lances Left.

This was a short and sweet trip with a bunch of absolute legends. Massive thanks to Jermayn Mcelhaney and Lance Morris for organising the trip, Wesley Kruger for getting us there and back safely on his beautiful sailboat (S/V Pemburu Laut) with amazing hospitality, and Guy Morgan for doing rotations shooting so I was able to get some waves for myself.