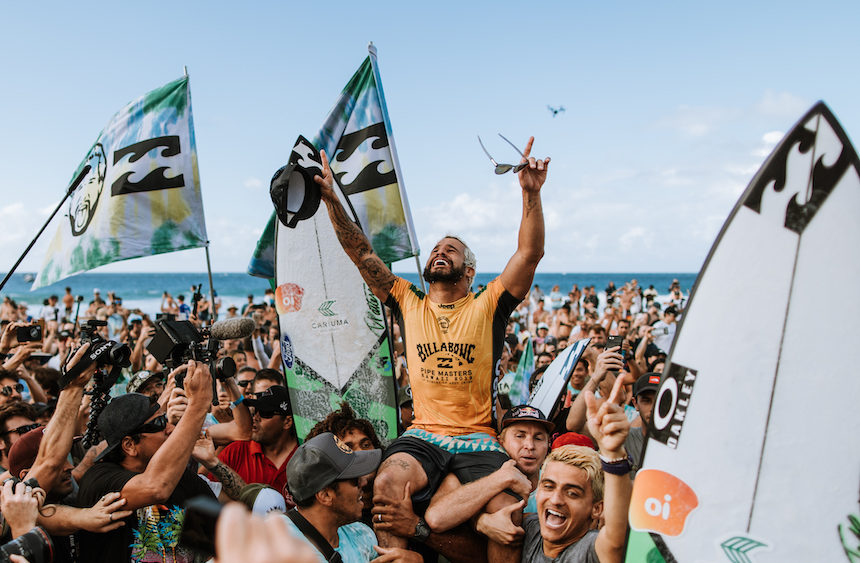 The man with the messed up hair could do no wrong on finals day, despite the fact that Medina was on a new level of ruthlessness, employing whatever tactics he could do to get the win.

It was a perfect Pipe day from the get-go, and the best surfers in the world performed incredibly in the unscripted realm that is the World Surf League, on their most important day of surfing for the year.

As mentioned earlier, Medina and his step-dad Charlie might be ruthless, but they sure don’t play the cool kids game. Medina has been outright nasty to Caio this year, and it didn’t help his cause to pull off a professional foul on the likable chap. In short, dropping in on Caio to block his second score because he already had enough in the bank to beat him on one wave. It was ruthless and preplanned with Charlie and ultimately won him the heat. The act divided the surfing tribe, with some calling it tactics while others called them both out for poor sportsmanship. There could have been an ‘unsportsmanlike ruling’ called on Medina, but the WSL chose to look the other way.

In the dying seconds of @gabrielmedina and @caioibelli’s Round of 16 heat, Medina dropped in on Ibelli to keep him from having any chance at getting the score he needed. Even with an interference, Medina will advance into the Quarterfinals . “This might have been one of the cleverest tactical maneuvers we’ve ever seen in the history of the sport” – @barton_lynch #BillabongPipeMasters #VTCS @billabong

Professional fouls happen in all sports but are just so rare in surfing where we all like to embrace ‘the tribe’ and ‘the creed’ and ‘the spirit of surfing’ and other such clichés, but ultimately it’s a professional sport and Medina was within the rulebook.

Caio handled it with aplomb and it called a ‘may the best man win – go Brazil’ post on his Insta to show the world that he’s not malevolent and that he knows the high road. 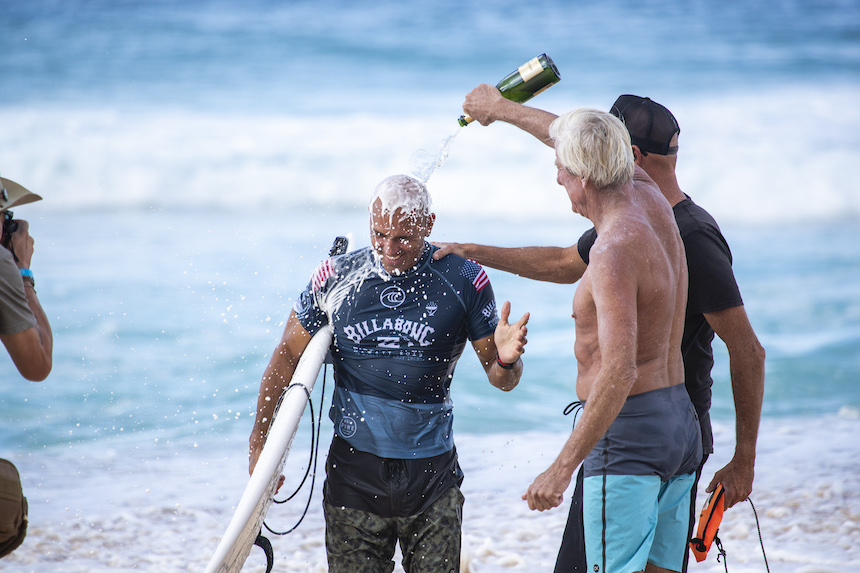 The Slater freak –show continued and it is very far from over. No-one knows what his plans are, but he won the Vans Triple Crown and has threatened to ‘do another lap’ – so that means one more run on the world title, and it’s totally fine with me. He won the second most prestigious win next to a world title and ended up 8th on the Jeep Leaderboard, just under John John, so why wouldn’t he have another lap? He sneaked a Backdoor bomb against Jack Freestone in the quarterfinals to make it to the semis where he eventually lost to Italo, getting severely comboed in the process, but history was already made. Slater is totally and utterly indefatigable. There is no end in sight.

After Medina’s sneaky win in the round of 16, his next was over an incapacitated John John. It was a solid win. JJF never really got going, was looking a little tender, and Medina was on a roll, with his hunger manifesting as flared nostrils and the hunt to catch anything that resembled a score. JJF has the consolation of a berth into the 2020 Olympic Games, so there is that.

Medina made short work of Colapinto in the second semi, however, to advance to the final. Despite being a finalist, and with the world title in his grasp, he was most definitely not the man of the moment, with so many people shocked and unhappy with the way he dealt with his ‘rival’ Caio Ibelli. 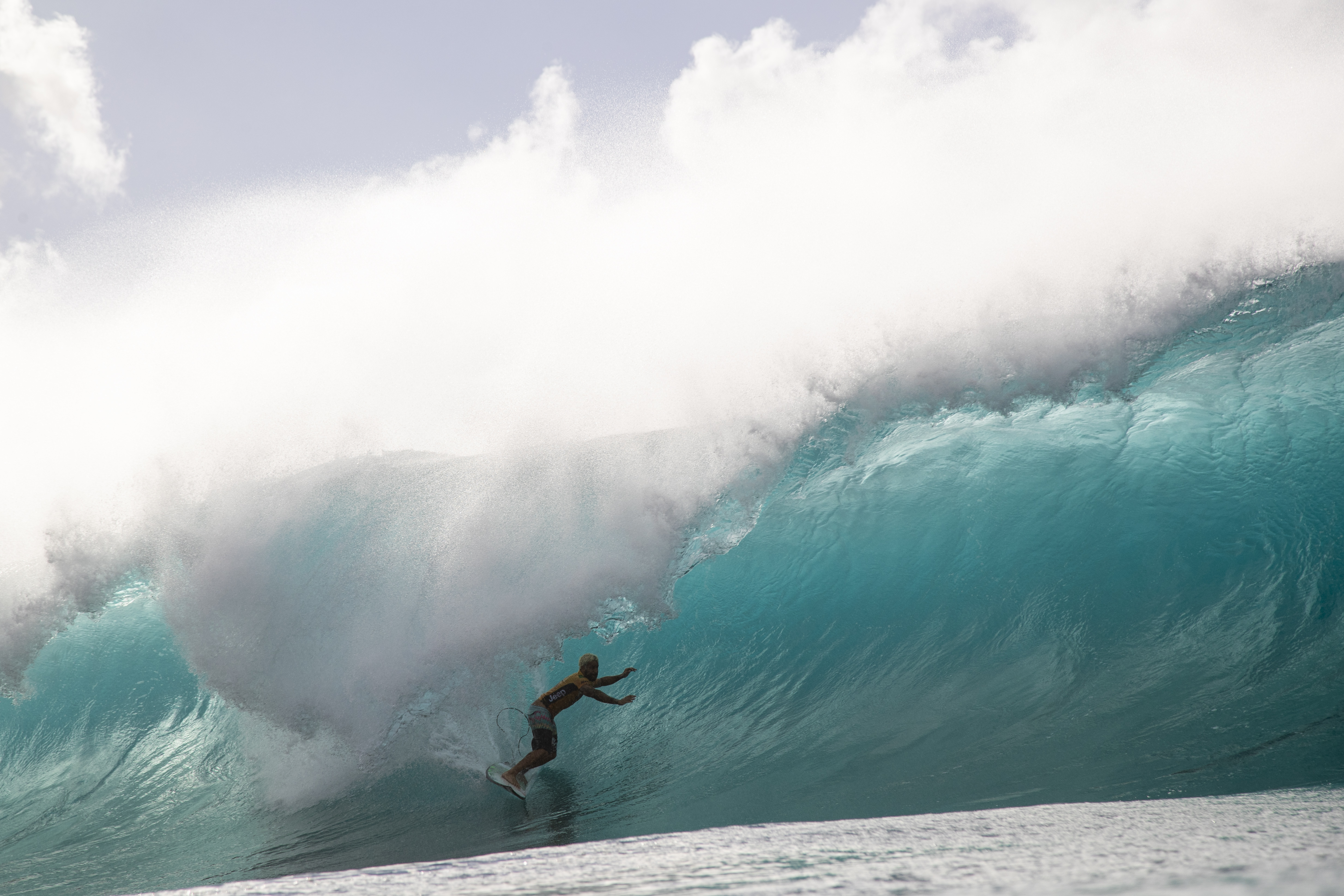 An Italo v Gabby final pitted two Brazilian goofy footers at the top of their games. It was an exact repeat of the final at the Corona Open JBay, the only difference was that they weren’t surfing windy but perfect right-handers under African clouds in steamers, but were pulling into throaty left barrels in boardshorts in bright Hawaiian sunshine. This final had a lot more on the line as well, as opposed to the middle of the year’s surfing in South Africa. First is first, and second is nothing.

In J-Bay it was Medina’s day, but here at Pipe Italo found the golden path to victory. A high seven for a Backdoor opener for Italo saw the world title open up for him, and Medina came back with a great ride and a 7.77 score.

Italo followed his opening score with a left nugget. He rode a deep tube for a good length of time to emerge and bust into the air for a fairly scored 7.73, and victory was his. It was a great win for the kid, and he became the third Brazilian Championship Tour surfer to win a world title. 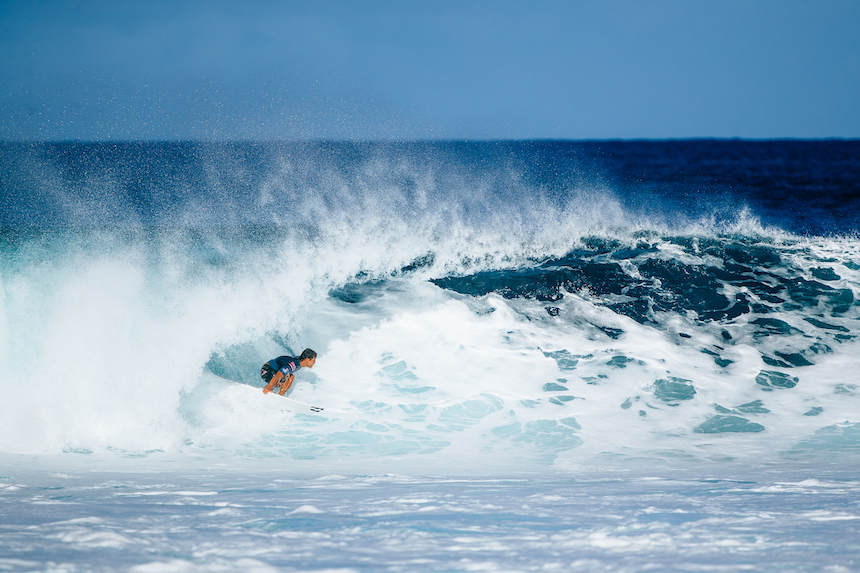 OAHU, UNITED STATES – DECEMBER 19: Seth Moniz of Hawaii is eliminated from the 2019 Billabong Pipe Masters with an equal 9th finish after placing second in Heat 4 of Round 4 at Pipeline on December 19, 2019 in Oahu, United States. (Photo by Ed Sloane/WSL via Getty Images)

Little legend Seth Moniz was awarded the Rookie Of The Year and it couldn’t have gone to a more deserved chap. Made from true Hawaiian stock, Moniz has style and class, derived from his dad, and is going to be a force on the world tour.

As mentioned, John John Florence did enough to qualify for the Olympic Games to be held next year, while Kelly, unfortunately, fell short. Still, all probability that he will be on the beach in Australia for the first event in March, and will probably have some cutting edge new equipment with him, as he just goes once more around the sun, and allows us to go with him.

Oh and a bunch of others qualified for the Olympics too! 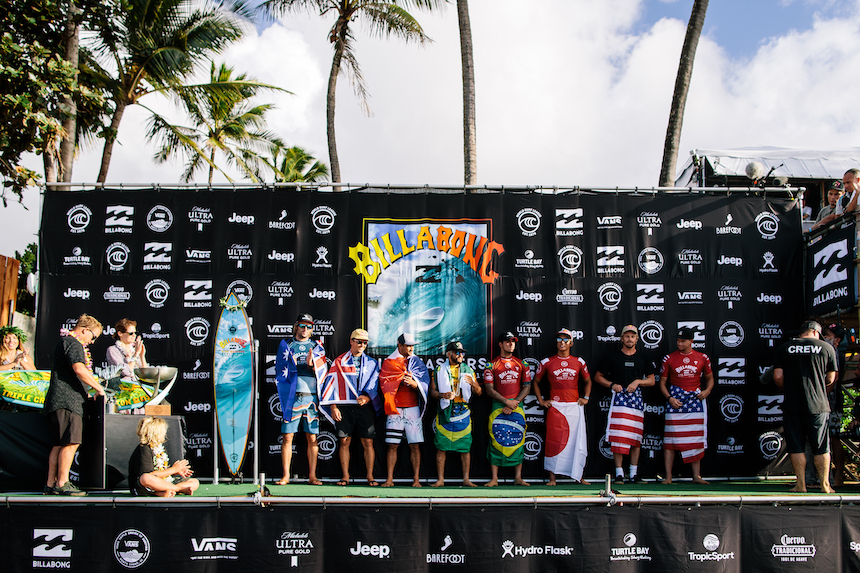