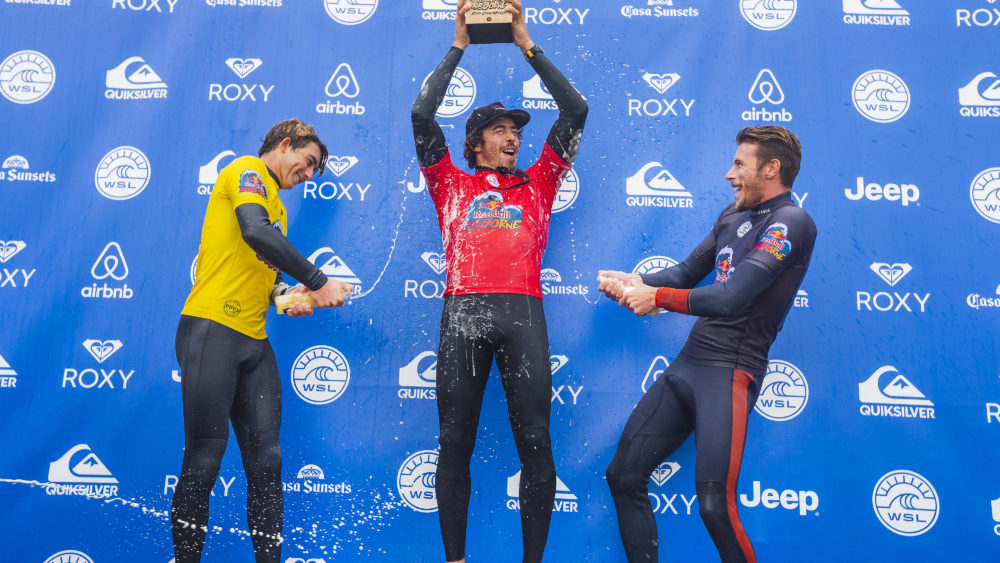 “Being included in this group of surfers was an honor for me and to come out with a win was great,” said Dora. “It is really cool to win the first Airborne. Airs are the future of the sport, so I am so happy and excited to win. The judges are only looking for those progressive and innovative airs, and you just have to go for it.”

Dora got active early in the Final and scored two great maneuvers in the first five minutes to take a lead he never let go. His first aerial was a huge slob air (front arm grabbing his toe-edge) that came in as a 6.67 (out of a possible 10), his best score being doubled for the overall tally. He then quickly put together another forehand rotation with a frontside grab, the same maneuver but with the trailing arm grabbing the toe-edge.

Yago Dora (BRA) is the winner of the 2018 Redbull Airborne specialty event after placing first in the final in Hossegor, France.

“I can’t believe it, ” Dora continued. “I’m exhausted actually, an hour is too long for a heat! I was lucky to start on the inside by myself and I got those two good waves when everyone was still out there. Griffin (Colapinto) needed a low score only and there’s no priority, so there was nothing I could do. I just tried to get another one but I couldn’t. ”

Griffin Colapinto (USA) and Jack Freestone (AUS) were the only other surfers to come close to threatening Dora’s lead in the Final, both going big in the punchy beach breaks. Freestone’s best effort was a massive backside alley-oop. Considering the relatively small conditions, his score came in as a 5.90. Unfortunately the Australian couldn’t quite land a good enough second air to back up his best score and earned third place.

Championship Tour rookie Colapinto threw his signature inverted forehand reverses with no grab – a highly technical rotation projected towards the beach –  to post the Final’s highest single score, a 6.77, but could not find the required 4.73 to advance past Dora and take the win. 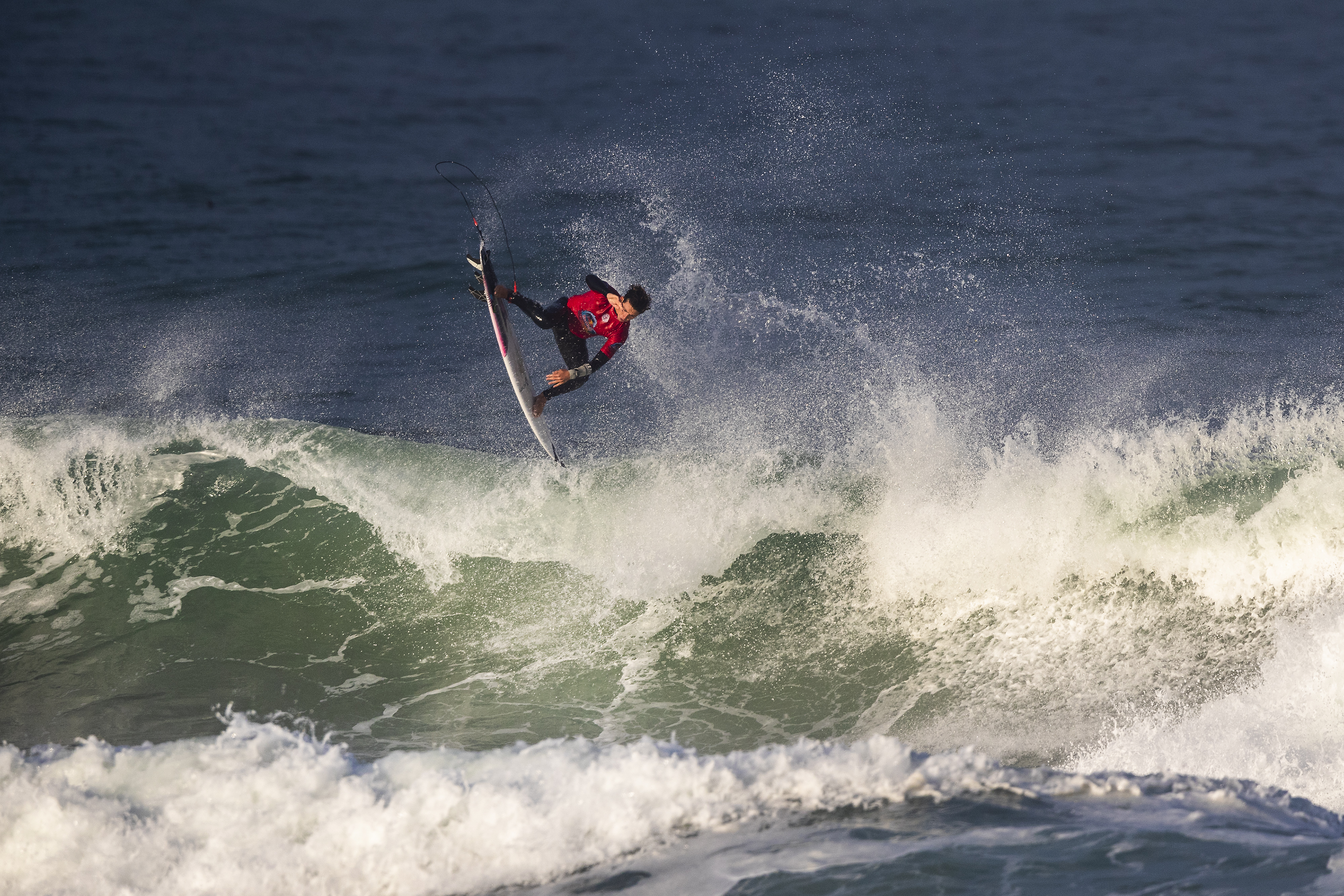 Unfortunately, Kalani David, Matt Meola and Eithan Osborne, who were all among the top scorers in the Qualifying Rounds, were unable to exploit the shifty lineup in the Final and couldn’t showcase the technicality that makes them some of the world’s most innovative surfers above the lip.