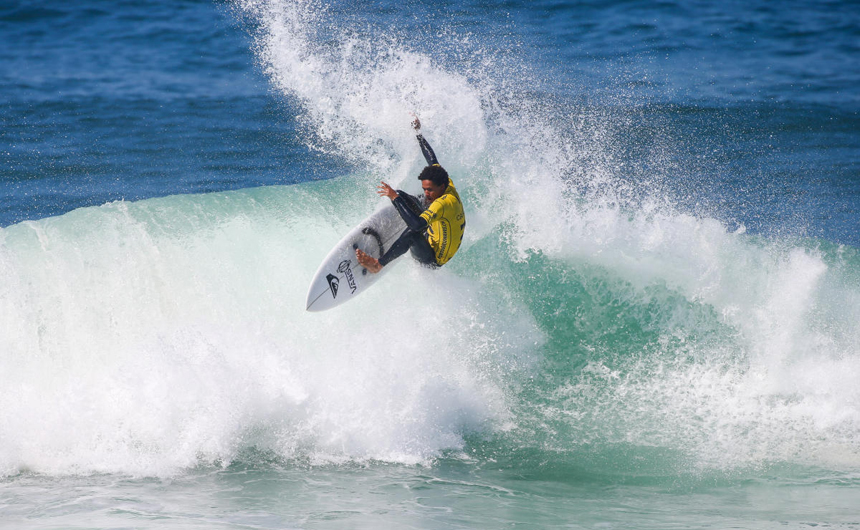 It isn’t an easy grind for a surfer looking to make it into the big leagues. But the geography and weak currency of South Africa makes it that much harder for our guys and gals competing on the World Qualifying series. Thankfully, there are some key brands dedicated to helping our surfers gain valuable points at home so that they only need to travel for the bigger international events that will earn them more points and prize money than the WQS 1000’s.

After some solid overseas results and dominating the local series of WQS 1000’s, Michael February has leaped to 17th on the rankings. With his smooth, powerful and innovative style it is no surprise that he’s been making a name for himself. Currently in Japan for the Ichinomiya Chiba Open WQS 6000, we caught up with MFeb to chat thoughts, feelings and the upcoming Vans Surf Pro in Lambert’s Bay. 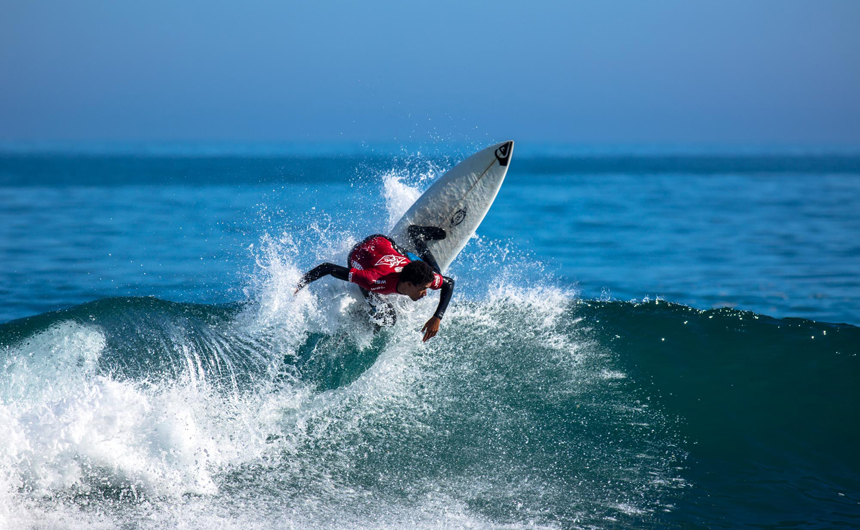 It may be early days but is qualification something you’re thinking of right now after your jump in the rankings?

Yeh I’m super psyched to have moved up in the ratings. It’s still early days for this years QS campaign so for now I’m  just really keen to carry this momentum into the next bigger, international QS events.

How many months have you been home this year?

I have been home for about 4 months this year which has been amazing! The only time I have been away was for two weeks during the Aus leg and then another 2 for a Quiksilver radical times trip in Spain. 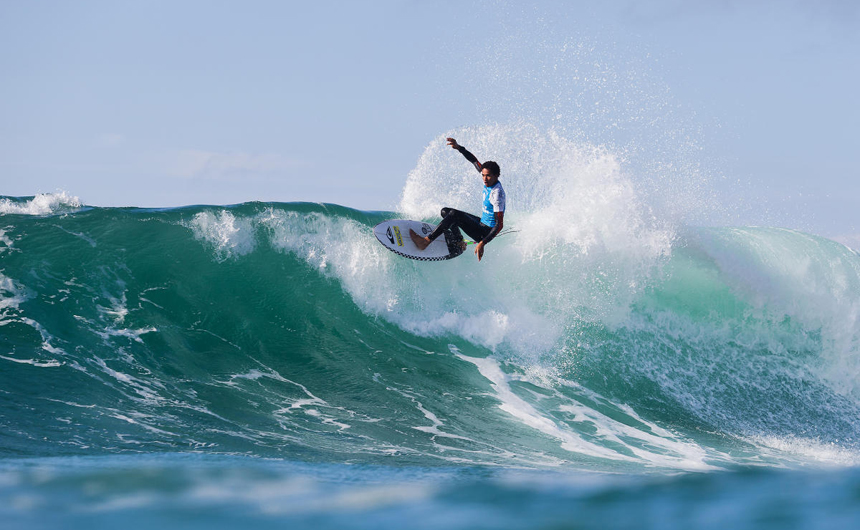 As stylish as ever during an international event.

What is your game plan for the remainder of the year?

My aim is to build on the last few results that I have had at home in the bigger events coming up. Hopefully I can take the good vibes and positives from the SA leg and put it into the next few bigger ones overseas and at home. I would love to get some bigger results in the bigger events.

We spotted an Al Merrick making it’s way into your quiver for Japan, what kind of boards are you riding right now?

At the moment I have been riding Stamps mainly in every event over the last few years. I hadn’t ever tried an Al Merrick so I decided to give them a go! I also picked up 2 new Stamps here in Japan that feel really good!

Which event is your favourite on the map?

I really enjoy Hawaii. It’s always such a vibe at the end of the year being there, there’s so many different waves, the whole surf community is focused on that season and it’s just a really exciting time of the year. Competing during that time and being apart of the triple crown is really exciting! 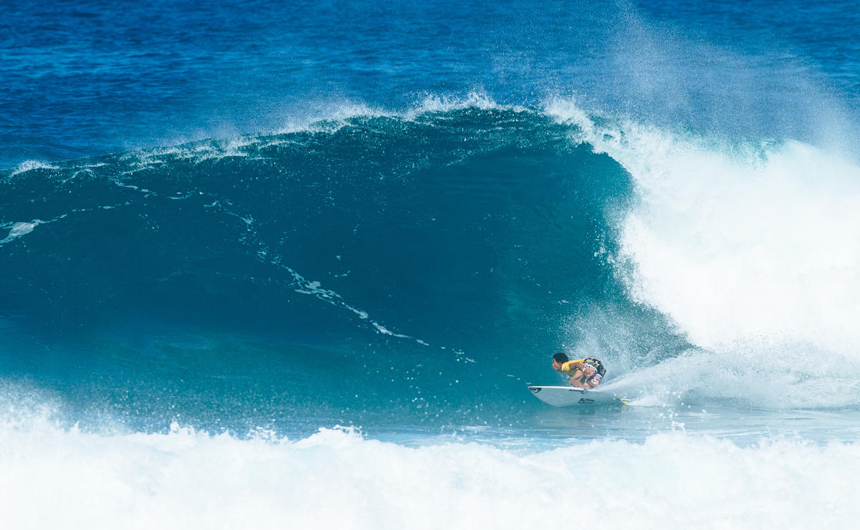 February winding up a bottom turn in Hawaii.

Thoughts on the upcoming Vans Surf Pro Class in Lamberts? The wave etc.

Since the first event last year, the Vans surf pro classic has definitely been one of my favorites. It’s close to home, the waves are amazing and the vibes are so good. Im really excited for the event and looking forward to competing in some quality waves.

Beyrick De Vries narrowly bumped you to second in the finals at the 2016 Vans Surf Pro Classic but you’ve had one up on him this year, would you say Beyrick is your biggest competition?

Surfer you look up to?
I look up to Jordy because he is not only leading the charge for us South Africans competing on the QS but also the international surfing world on the WCT as well outside of contests. I also look up to guys like Dane Reynolds just because of the way he has made an impact on the surfing world through being creative and being himself, definitely something that I admire and want to try and achieve. 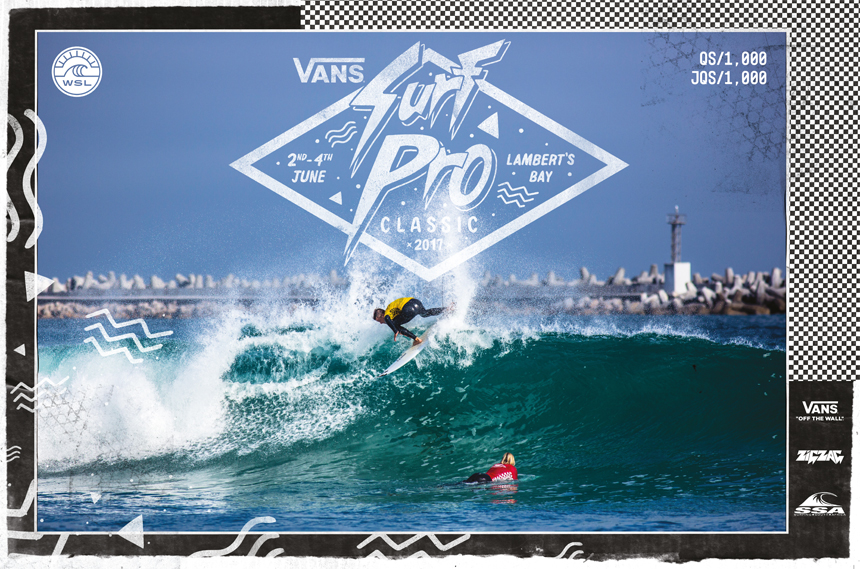 The 2017 Vans Surf Pro Classic is fast approaching, and after last years success and the addition of a women’s WQS 1000 – the surfers are FROTHING. Check out the below gallery from last year and familiarise yourself with this epic place in the Weskus. 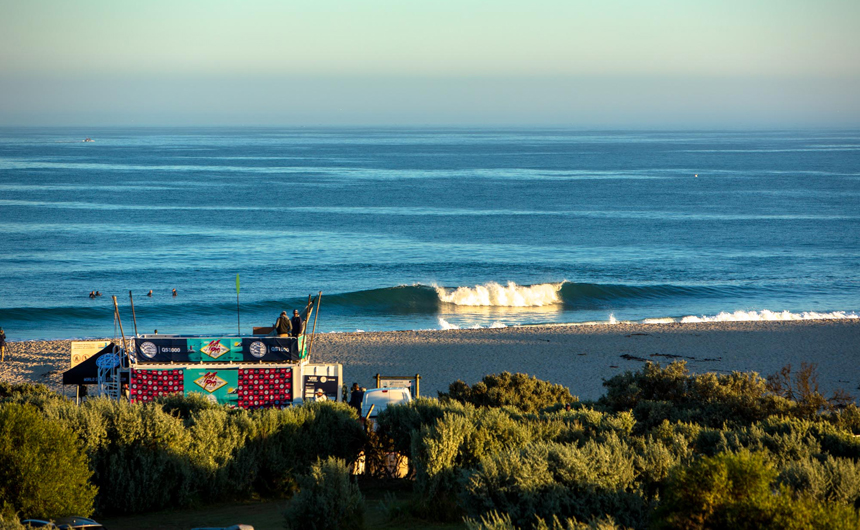 Check out the highlights from the 2016 Vans Surf Pro Classic: