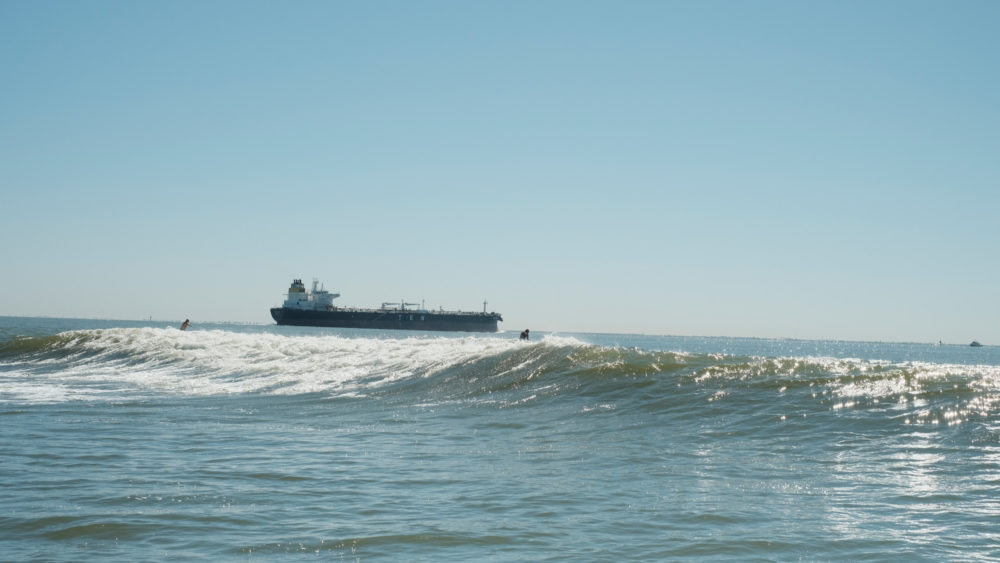 Welcome back to the third season of Weird Waves. Like everyone else on this planet, 2020 hit the WW Crew like a ton of bricks… and all plans for the year changed. With Dylan Graves and Dave Malcolm’s focus now set closer to home, the WW crew had no idea that so many of their favorite types of waves and people were right down the street from them in Southern California.

In this first episode they’re shifting their clocks around to feature a few different approaches to surfing once the streetlights turn on. From Bioluminescence to Blue Moons to Sci-Fi lighting devices. Who are these nightriders sneaking around in the cloak of the night? And more importantly, why?

The latest installment of Weird Waves, the crew took off to Texas to investigate a more industrial powered form of wave riding, commonly known as tanker surfing.

In this episode the Weird Waves crew plan to explore what it means to be a tanker surfer. Yes, when big ships go by there are people who hunt down the waves they create, otherwise known as tanker surfing. We thought it would be good to start directly with the man who coined the phrase ‘tanker surfing’ itself, Capt. James Fullbright. This story begins in Galveston, Texas.