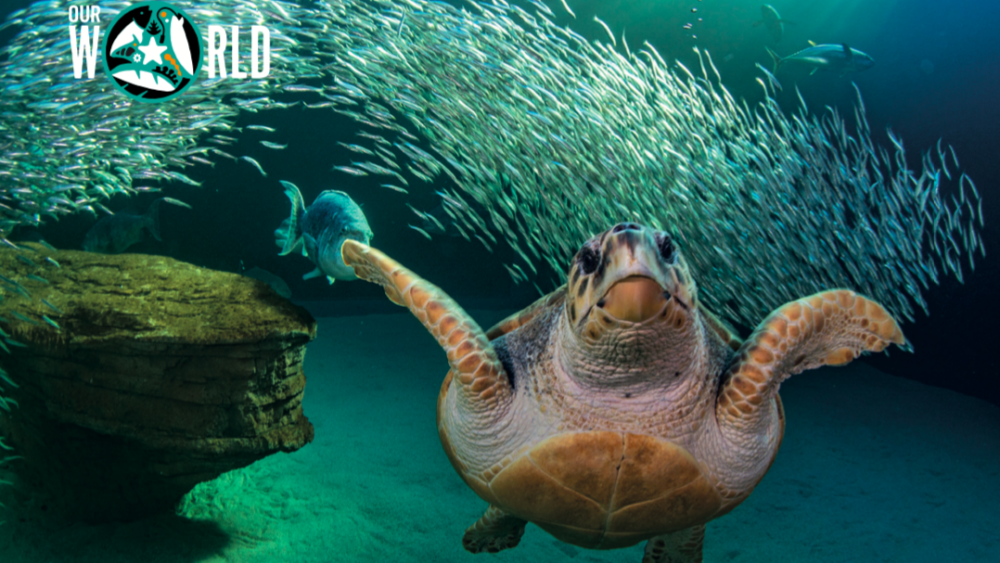 On the 16th of December 2017, the Two Oceans Aquarium released a loggerhead turtle named Yoshi, back into the big ol’ blue abyss. Given her age, excellent health and display of certain behaviours, it was decided that it was time for her to return home. Weighing in at 183kg or roughly 3 x Mikey Februarys, Yoshi was released 27 nautical miles off Hout Bay to embark on the trek of her life. This is her story.

Dial it back to 1997, Yoshi arrived in Cape Town aboard a Japanese fishing vessel as a light weight 2kg juvenile with a very distinctive injury etched into the side of her shell. It was the captain of the vessel who dubbed her Yoshitaro, after the cook onboard who resembled a stocky little turtle. 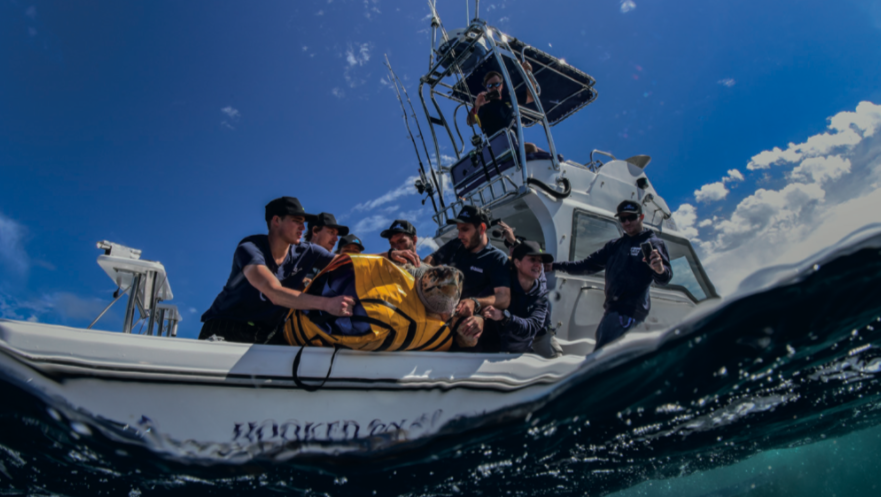 Yoshi the “Queen of the Exhibit”, like the power surfing of Jordy Smith, was a straight-up crowd-pleaser pulling in groups all day err’ day. But like said power surfing she could not be contained. At 25 years young she had begun to mature, kicking in her breeding instincts and a sense of adventure, something all surfers can relate to. So began an 18-month plan, preparing her for a life back in the ocean where she belonged, following currents, dodging tiger sharks and snacking jellyfish.

Your average turtle has a lifespan of 80 years with many reaching triple digits, the only other animal that could rival her lifespan would be Keith Richards. At the end of her strict and regimented 18-month shred sesh to get her resembling a tribal tat covered boet, scientists expected her to chase the sunrise and head east. But like a goat at the petting zoo she was unpredictable, deciding to explore the ocean and all its wonders.

Since her release, Yoshi has traveled over 37 000 kilometers (that is basically like swimming one million lengths in a gym pool – which will take a reasonably fast swimmer about 700 days of non-stop around the clock swimming). Michael Phelps got nothing on Yoshi ek se. Currently, her pace averages out at a very impressive 45km per day. She’s a machine. That’s basically like running a marathon every day for 2 years straight. Now that’s some serious endurance. Perhaps the next doping fiasco will come from turtle blood. 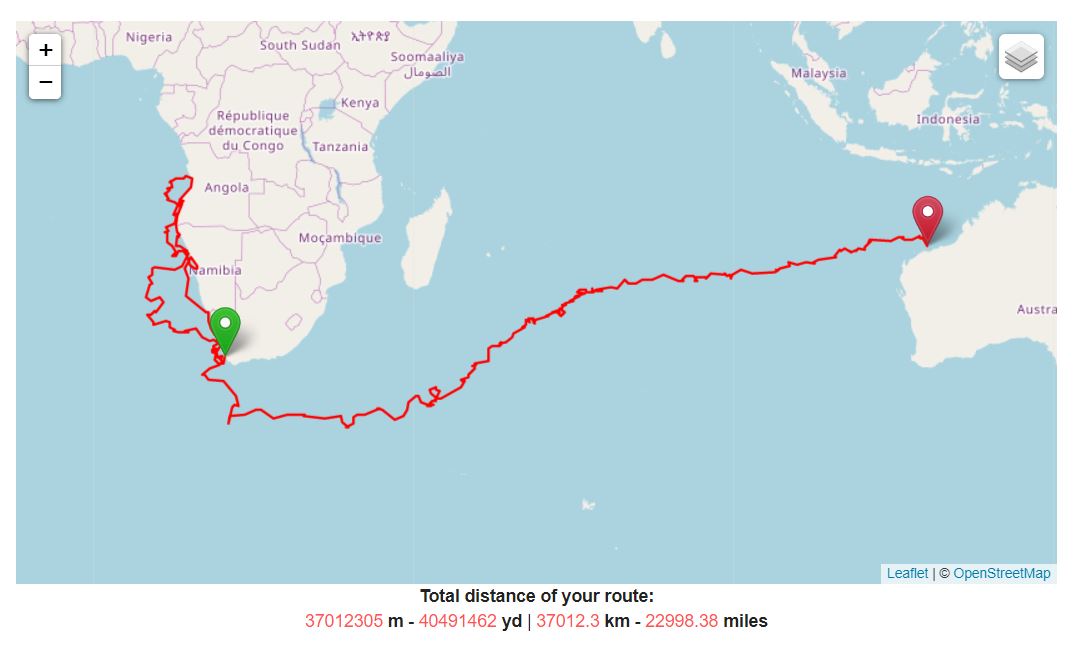 During her grand ocean voyage, Yoshi has managed to navigate her way around rich fishing grounds thankfully avoiding ghost fishing gear, one of the biggest threats to sea turtles. Her training program prior to release has seen her in good stead as she continues to swim against the currents (last checked that was a 0.5km/h East current) as well as a stiff easterly wind of 18km/h.

So where is she headed then?

Well, loggerhead females nest on or near the beaches where they hatched. I’m not a betting man, but if I had a couple of squid to put down, I’d say that’s where she’s headed. Where ever that may be. Hopefully, Yoshi will share that secret before her satellite tag stops transmitting.

At the moment her record breaking journey puts her a mere 66 kilometers from the coast along Western Australia. So yes, she is officially in Australian waters (their Exclusive Economic Zone), which is a great place to be, as she is well protected over there.

It looks like she is heading towards Point Samson, a small coastal town with fishing as its main industry, an area with rich biodiversity, and one laka posie called Honeymoon Cove – which of course made me wonder if there is a possibility that she has indeed come ‘home to nest’ or whether she is after the tasty treats on these amazing reefs.

Since embarking on one helluva journey, Yoshi’s satellite tag has sent more than 20 000 messages from 3622 satellite passes. We should know soon-soon whether Yoshi is an Aussie after all, and about to add to the global Loggerhead population. Yoshi has gone coastal a few times before – to feast (probably her greatest passion in life) – but you never know – Honeymoon Cove might inspire another passion in her altogether.

And here I was thinking Captain James Cook was the O.G traveler. Nought bru, it’s Yoshitaro! Safe travels and drop us a pin when you get home.

** Special thanks to Maryke Musson, from Two Oceans Aquarium, for keeping us all in the loop with regard to the whereabouts of South Africa’s most loved turtle, Yoshi.