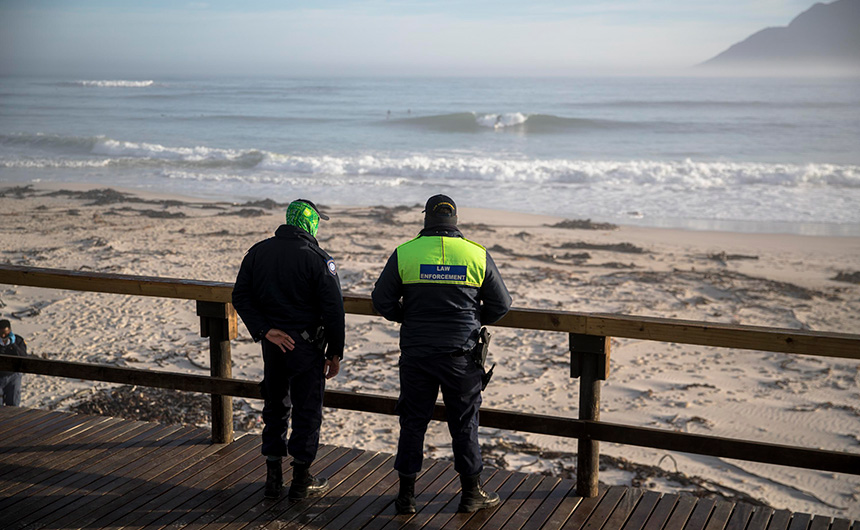 To Surf or Not to Surf

Many (both globally and nationally) have hailed the draconian-style lockdown in South Africa as a major success by an African country to combat and halt the spread of Covid-19. But as the days have meandered on, more and more who are directly affected by the economic stranglehold of the lockdown have changed or fortified their views against such an authoritarian governance. After five weeks of suppressing the personal freedoms we all took for granted – things like surfing, the controversial moral, ethical and religious question of the week had to be answered. To surf or not to surf? Today we decided. 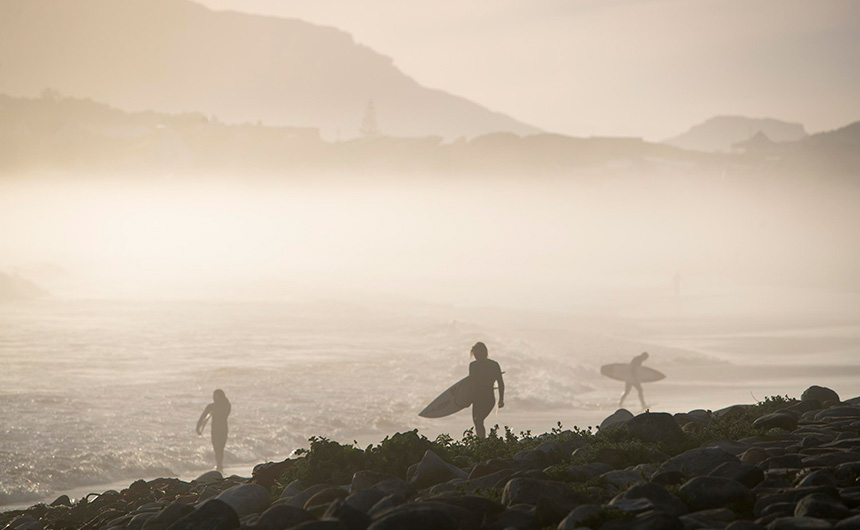 Watching the sun set on Level 5 lockdown across the Atlantic last night, and waking up to a “new” dawn in Level 4 in Kommetjie it was blindingly obvious that many of the surfing residents in the Deep South had made their decision and were sticking to it. Some 30 plus surfers dotted the lineup of the Outer Kom as it got dark last night – maintaining fairly good social distancing practice. A premonition of what was to come. Then this morning, through the windless haze surfers, many more of them, could be seen scurrying across the Kom boulders and the Long Beach sand to feed their stoke starved souls. The conditions this morning weren’t epic by any means. Not the kind of day, in my opinion, you would risk arrest and or a hefty fine from the authorities for. A light onshore wafted in over the 4-5ft waves – affected by a typical Cape morning sickness. But for many it wasn’t about how good the waves were; it was about freedom and desperation. Fortunately the authorities were in a forgiving and downright chilled-out mood. Just before the 9am curfew some 20 South African Police Services (SAPS) vehicles pulled into the empty Long Beach car park and proceeded to call in the surfers and make a show of force. Upon seeing so many dressed in dark blue with blue lights flashing on top, the surfers quickly dispersed left and right, scurrying over the rocks like kelp lice before a cold-front. I saw one surfer make a dash for the manatoka bushes lining the “Pebbles” right. He stashed his board and made a run for his car, quickly throwing a pair of jeans and hoody over his wet wetsuit. He needn’t have bothered. I asked a senior ranking officer if they were here to arrest anyone? She casually and confidently replied, “no. Not today. This is just educational. We’re not going to arrest anyone yet.” After warning a few of the bystanders that curfew was close to being in effect, the authorities got in their vehicles, pulled out of the parking lot and drove off.

Tomorrow is another day. We’ll see how that pans out. 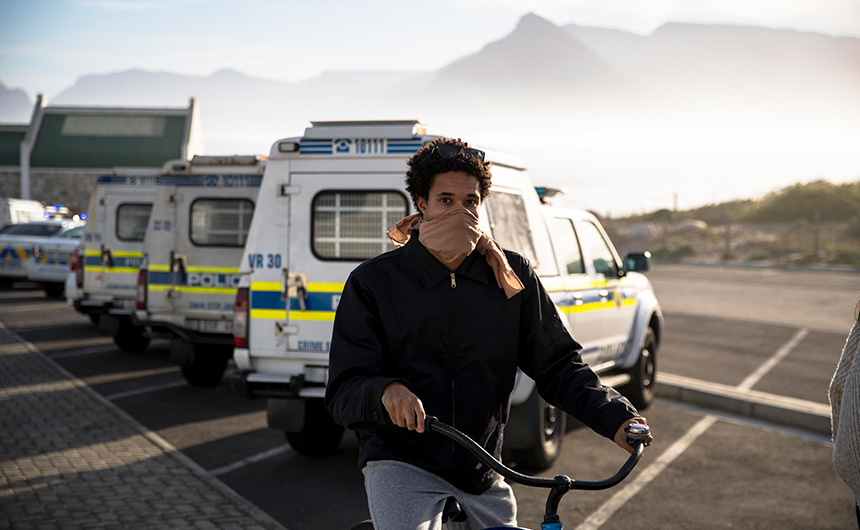 There has been much speculation as too when beaches will reopen as they have done in many locations around the world. Will they open in Level 3? Or will we have to wait for Level 1? How long will we remain in Level 4? Nobody knows. But if today’s crowded lineups said anything, it’s that most Kommetjie surfers aren’t waiting for official answers.

Jumping onto my bike, camera slung around my shoulder I thought again about my own decision… to surf or not? Setting my right foot to the peddle I smelt something disgusting… I had just stood in a giant, freshly deposited dog turd. Looking up I noticed the dog – well known for not being on a lead, and his owner – well known for not picking up her dog’s landmines and I couldn’t help but think that this might be another premonition of things to come. 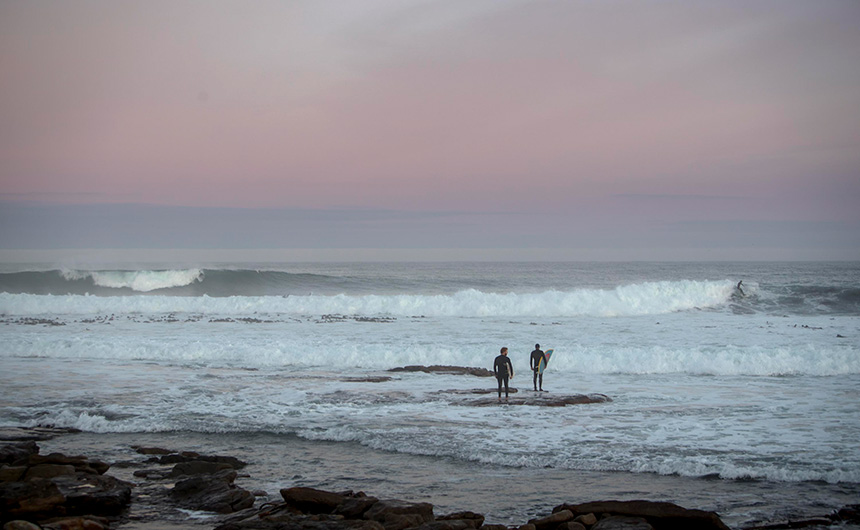 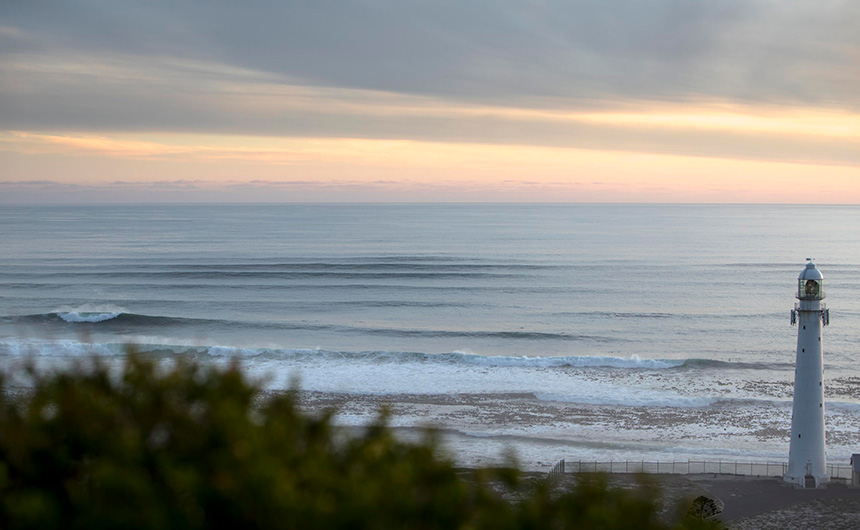 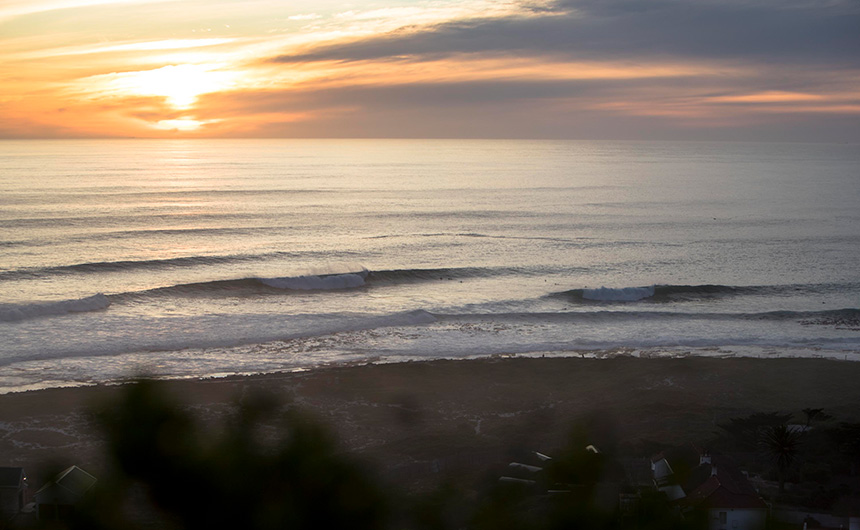 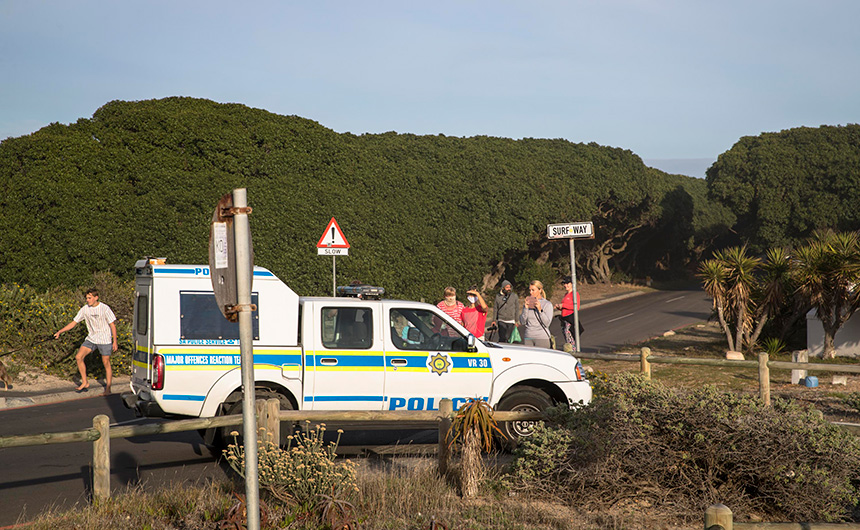 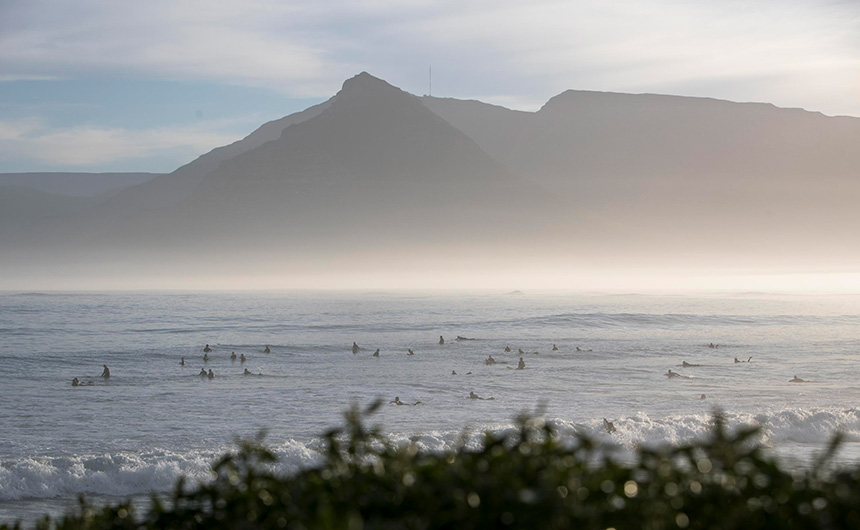 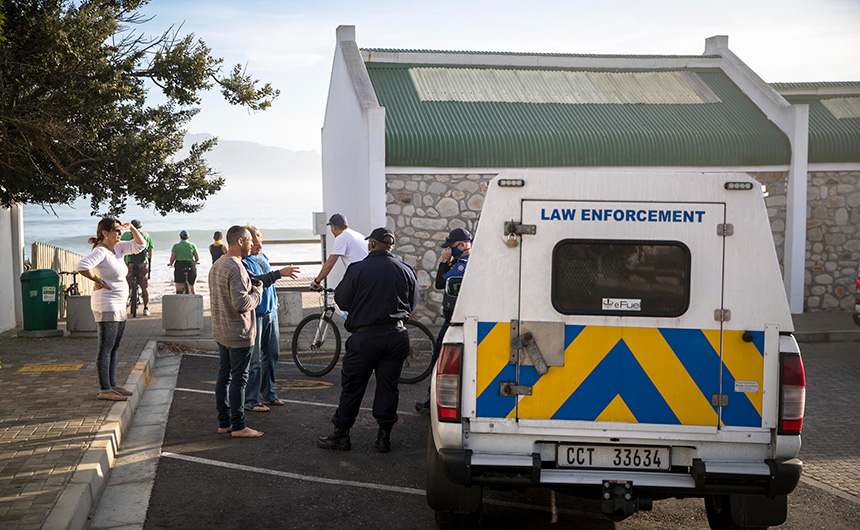 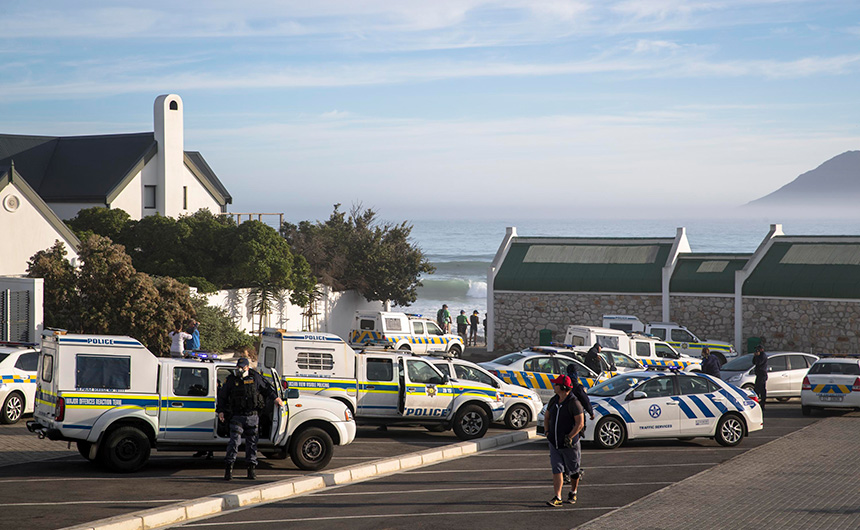 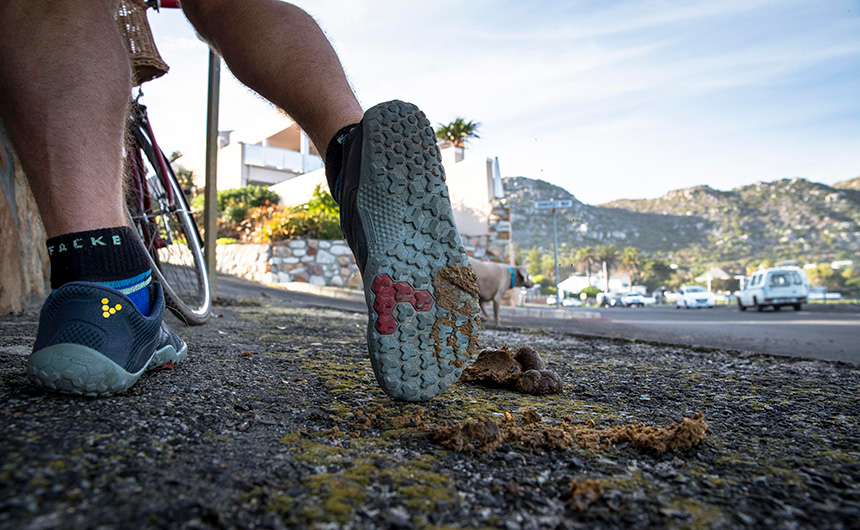