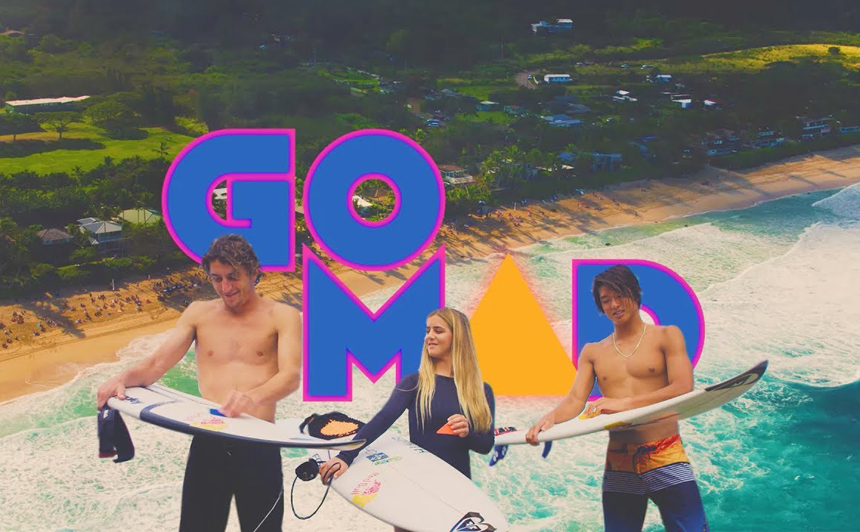 In 1987, big wave legend Ross Clarke-Jones invented a magical wax that had the power to transport him to where ever his heart desired. Today, only one batch of the magic wax remains. I present to you Red Bull’s newest project, a throwback short featuring magic surf wax with teleportation powers. Yup, seriously. Don’t believe me, just watch the clip below. “Go Mad,” pays tribute to Ross Clarke-Jones’ 1987 cult classic surf film, “Mad Wax”. It’s basically a straight up mash between science fiction and  Endless Summer.

With only a handful of the magic wax left, Kanoa Igarashi, Caroline Marks and Leo Fioravanti took a trip to the North Shore – Hawaii – where the linked up with Ross Clarke-Jones, “fresh” off a session at pumping Nazaré. Three decades after whipping up his carefully crafted wax, Ross takes the role of mentor, passing on the wax to a new generation in efforts to re-discover the stoke that made them want to surf in the first place.

So this weeks throwback is like an inception throwback. Below is the fresh take of the Mad Wax movie and beneath it is the actual movie from 30 years ago. I certainly enjoyed it and I hope you do too, yeeeeew!!