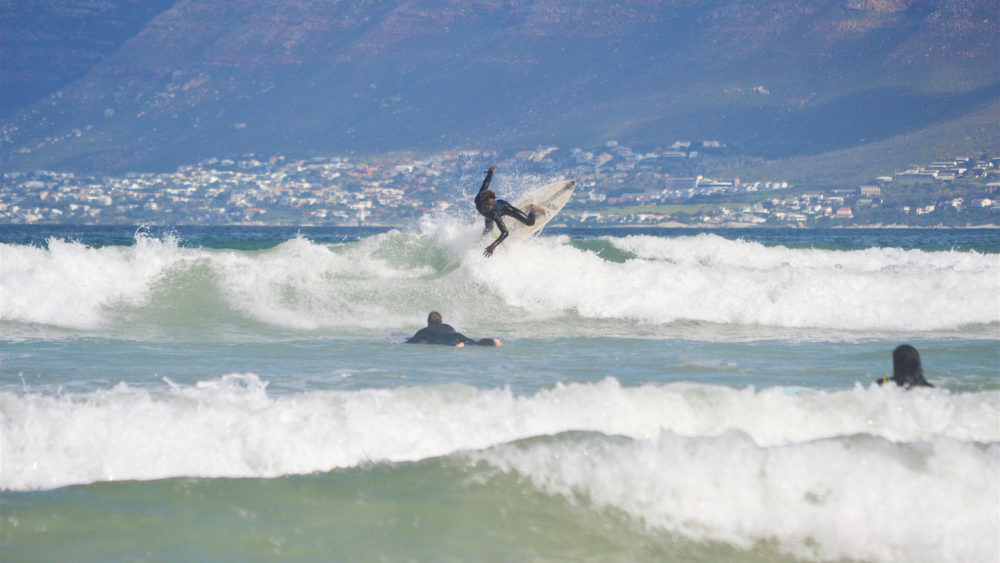 Head down to the bottom end of Muizenberg beach near Bailey’s Cottage and just in front of Lifestyle Surf Shop, commonly known as Surfer’s Corner, you’re guaranteed to see a bunch of young local groms throwing wild manoeuvres on the tiniest sections.

Three kids standout every session, and if you’re at Tiger’s Milk for a graze you’ll surely catch their boards flying all over the show through your peripherals. Their names; Paul Sampson, Lele Zozi and Nthando Nqadala all hailing from Capricorn, an area just past Muizenberg. And if anyone’s going to make you feel bad about your surfing it’s these ous. 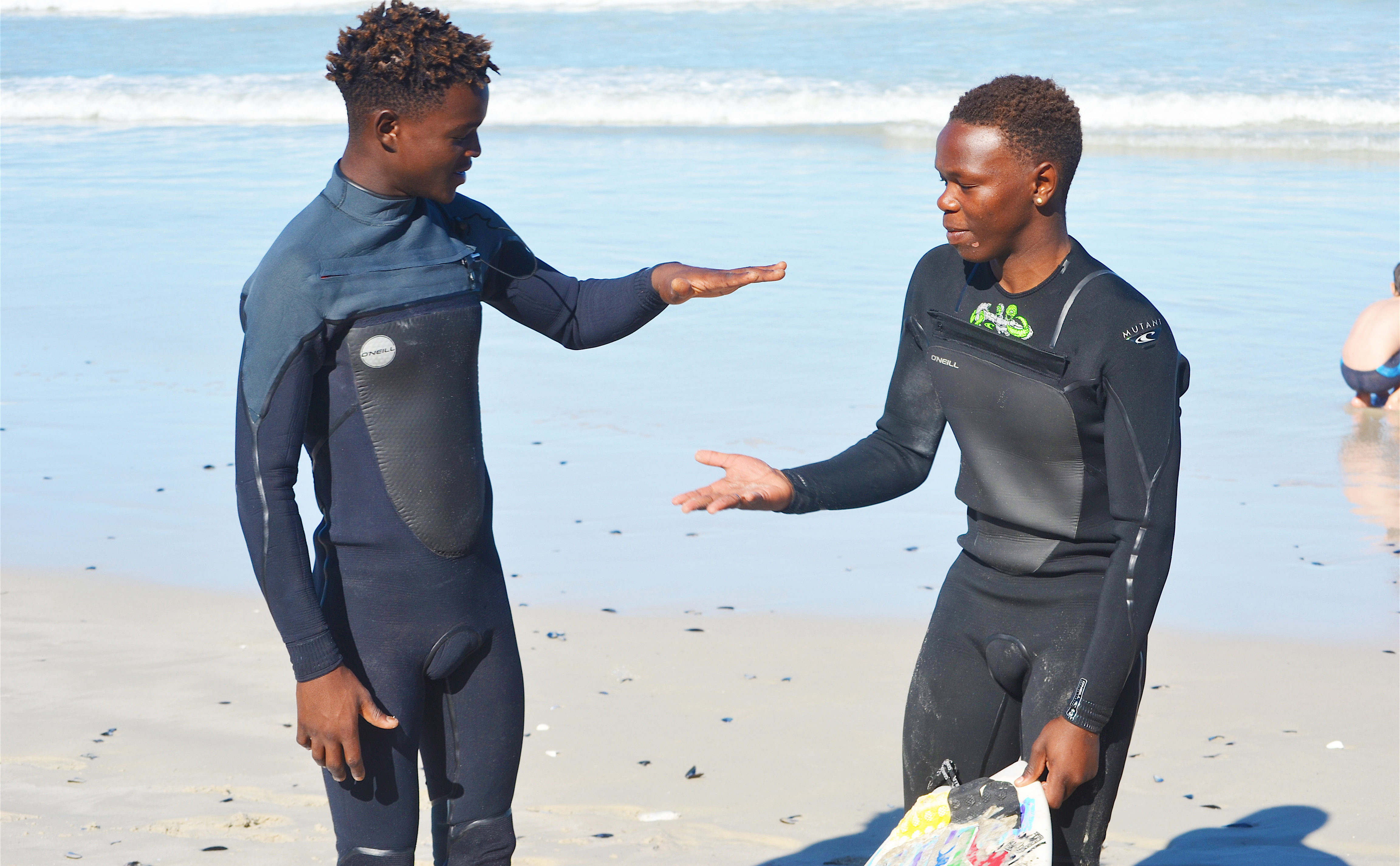 They were taken in by the Surfshack, a longtime surf shop that doubles as an outreach facility. They provide kids with a way out from a life on the streets or in gangs, giving them a sense of belonging and a connection to the ocean. After 11 years of soldiering on unfortunately the Surfshack could no longer continue to run the outreach facility due to a lack of funding. At the beginning of the year Surfshack Outreach was taken over by a family from Switzerland under the new name ‘Surf Outreach’ – however Surfshack still share a connection with them.

Dave Chudleigh, the owner of Surfshack, explains their beginning:

“For the first five or six years we would go collect the kids from Capricorn, bring them through and work with them from a surfing perspective as well as an educational perspective. What we focused on was providing them with an environment where they can grow and be confident and safe. In Capricorn there was little knowledge or understanding of what opportunity there is. The whole idea was to provide them with a broader outlook and more things that they could get involved in. We focused on the concept of team – so don’t choose gangs, choose team and work together with each other. That whole sense of team really worked well.” 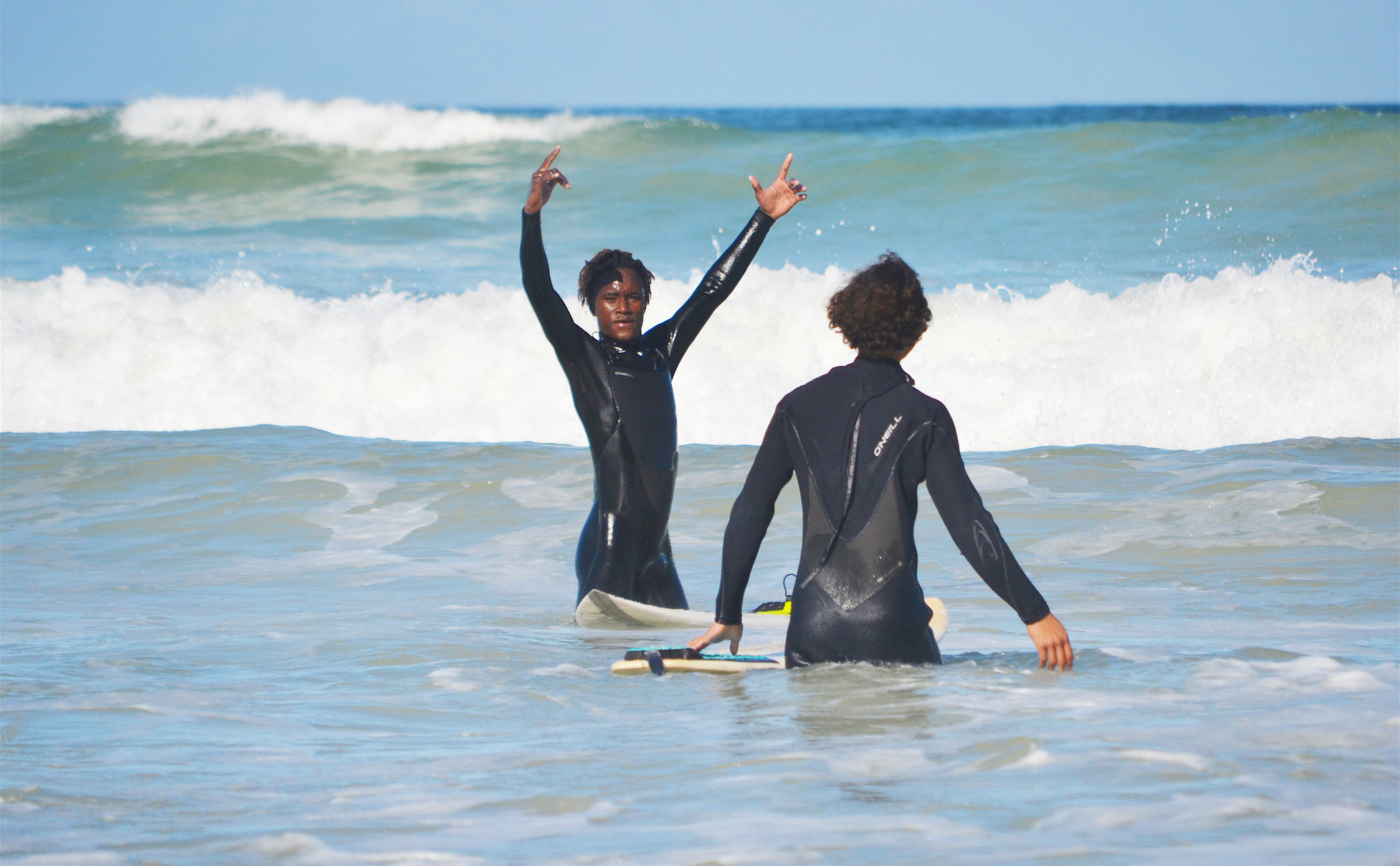 Surfshack have been supporting kids in competitive surfing for years. Even Kalk Bay local and Hurley team rider Jordy Maree got his start in competitive surfing through Surfshack. “The whole concept was to get privileged people together with the underprivileged and enable them to see that they can achieve just as much as anybody else”, adds Chudleigh.

Paul and Lele have been with Surfshack since the beginning, with Paul having also lived with Dave’s family for about 8 years. Lele’s older brother Mbuso has also come through the Surfshack ranks and is a major talent on a longboard, competing in the SA Longboarding Champs as well as working as one of the managers in the Surfshack shop. 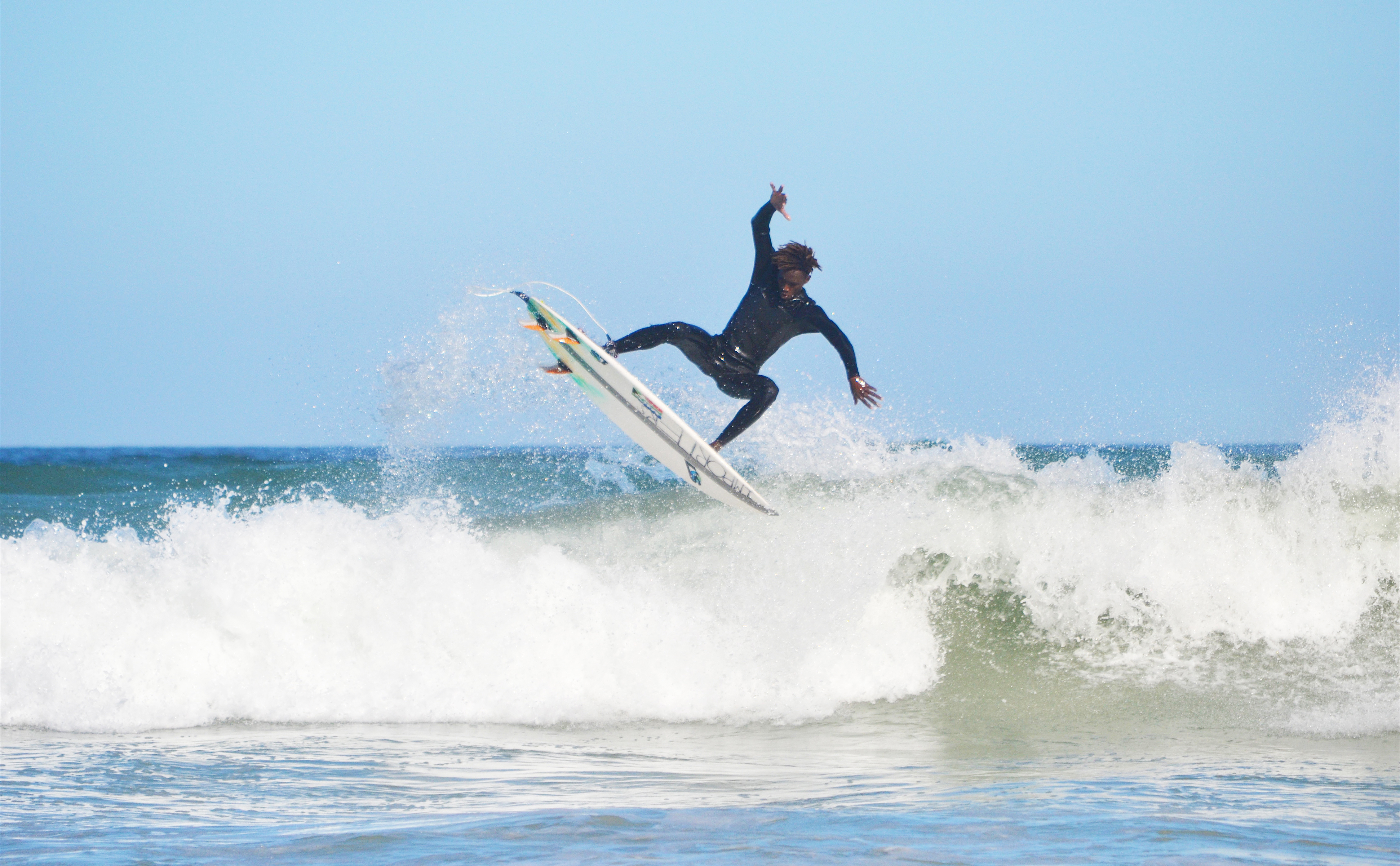 Paul, Lele and Nthando are all around 19 years old now and absolutely rip out in the surf. From powerful carves to flying fins they sure know how to light up a wave and have Muizenberg completely dialled. Their surfing is polished with plenty of finesse, style and spark.

Muzies isn’t exactly the most powerful wave but they know how to squeeze every ounce of juice out of it. They can throw a full rotation on the most piss weak section you’ve ever seen. And I’m not just talking every now and then. They’ll throw a full roat right on the shore, paddle back out and land another within a few minutes. A free-surf session with these guys feels more like an expression session. And it’s not just these dudes shredding, the younger guys are hot on their tails and the older boys tear it to pieces too. 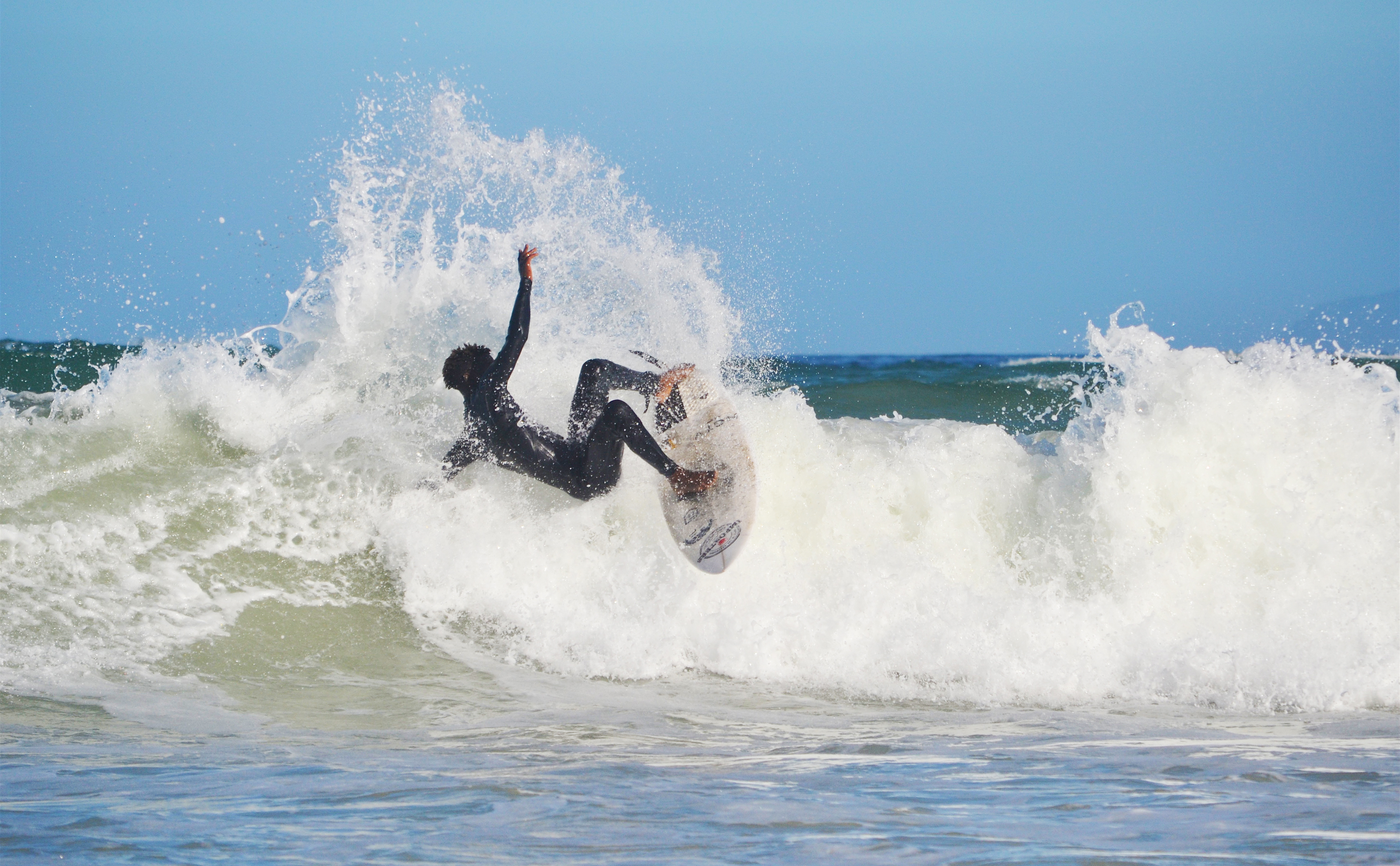 A classy layback from Nthando

Similar to many of the Brazilians on tour, these guys don’t come from much but they sure make the most of it and it seems there might be an African storm brewing down at the Berg. They share a real sense of community and brotherhood, truely radical to see. They have a full bag of tricks; from full rotations to Superman airs, massive hacks and tail blows, and even the Chippa Wilson-esque board varials. They are seriously impressive with each have their own unique style and approach to a wave. One thing is for sure, they never give up on a wave until the bitter end and clearly see possibilities others don’t. 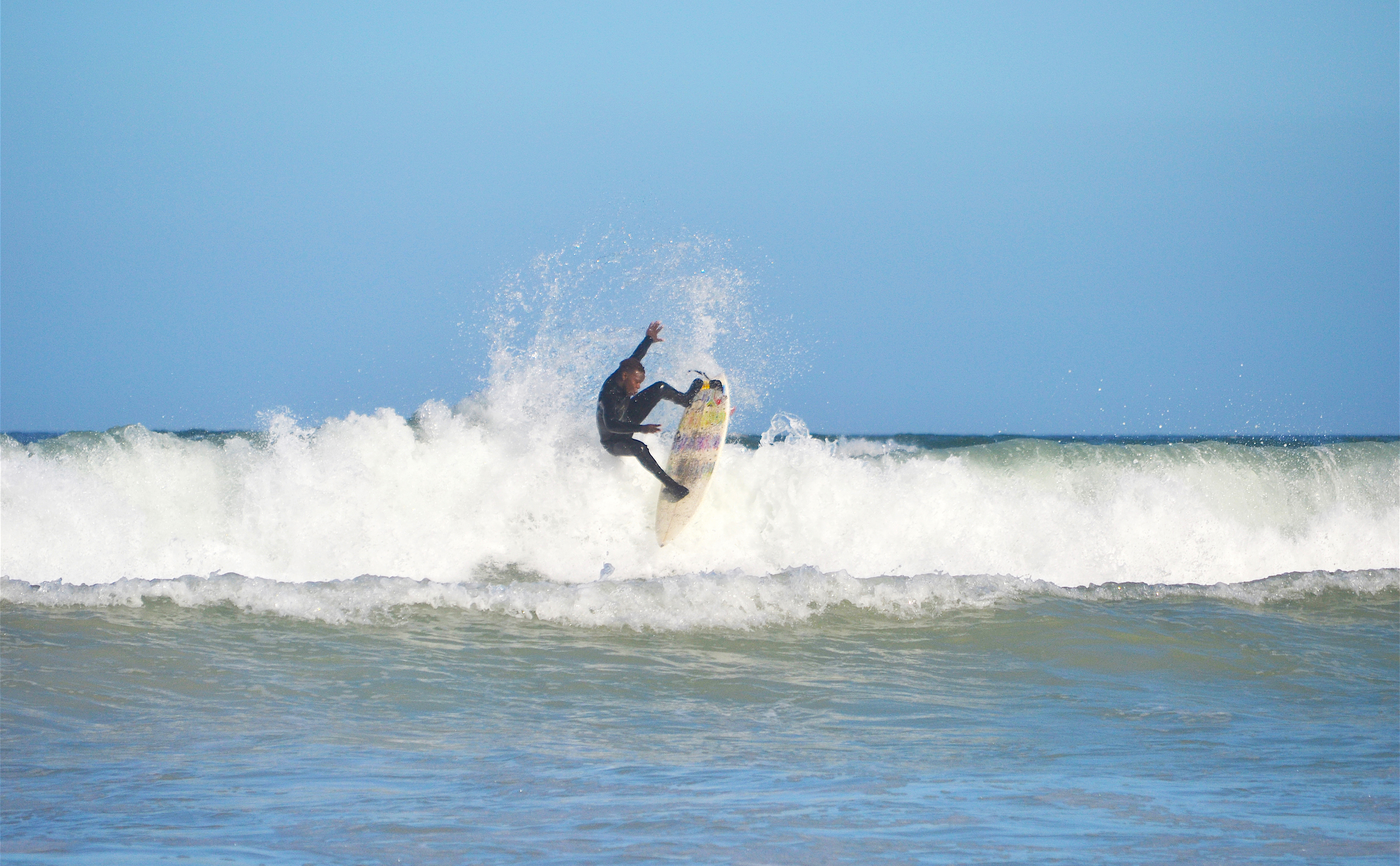 Paul and Nthando have a super modern approach and are pretty much guaranteed to stomp a killer air on every wave. Their surfing is like the lovechild of Felipe Toledo’s agility and Mikey February’s style. Lele has a powerful backhand and busts his fins free on his frontside like it’s going out of fashion. The future looks bright for these young rippers and they are clearly inspiring the younger kids following in their footsteps. They surf like they have something to prove and I have no doubt in my mind that if they had come from a privileged background there would be a sticker on the nose of their boards.

One thing’s for sure, the groundwork and support that Surfshack provided these boys, when they were younger, has proved to be invaluable. They’re friendly, stoked individuals with plenty of drive and passion for surfing. Whether it’s cooking or 1ft onshore dribble they are out there making the average punter wish they could surf half as good. They competed in the 2019 Mercedes Benz SA Surfing Championships at Nahoon Reef and I’m sure we will be seeing plenty more of them in the future. 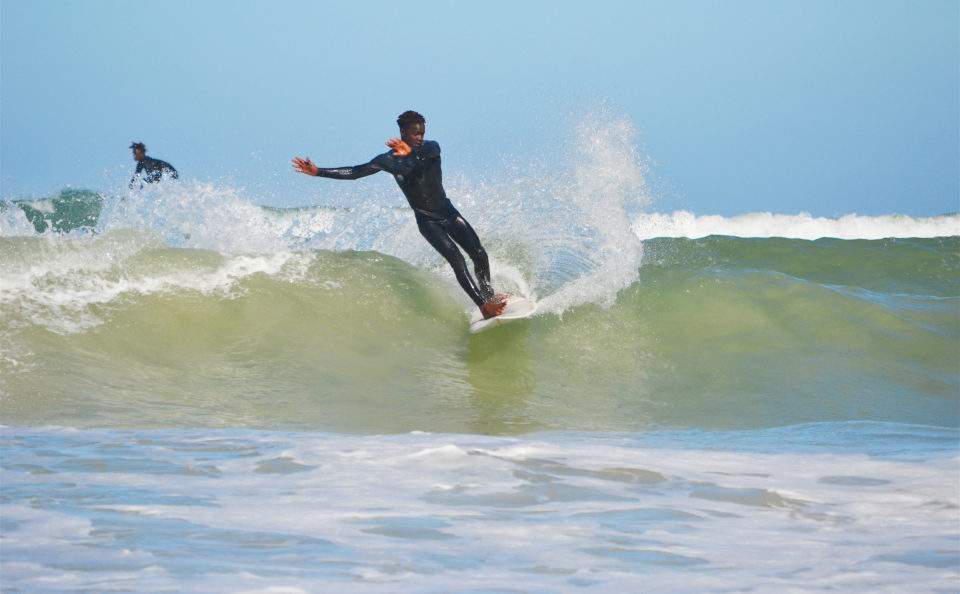 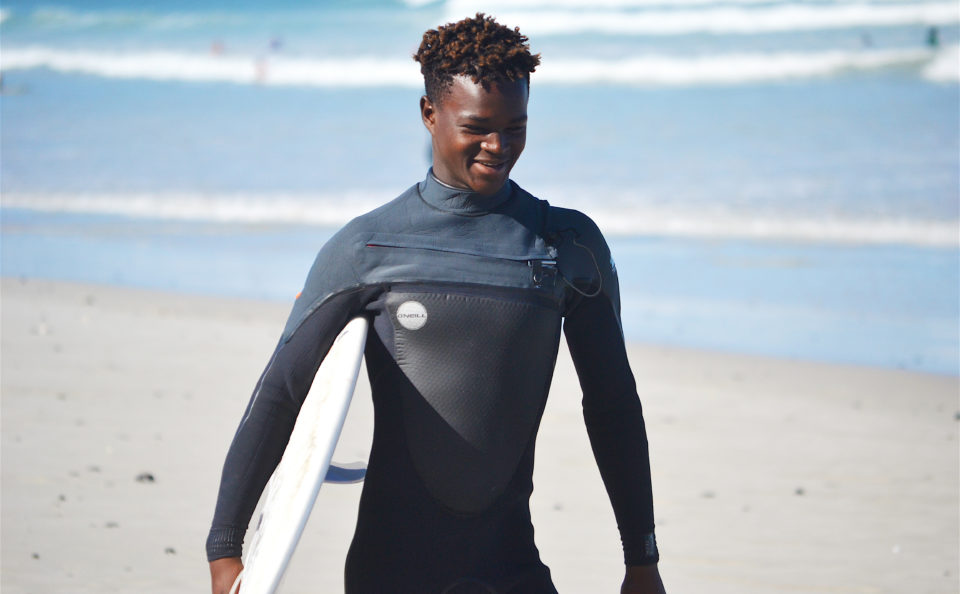 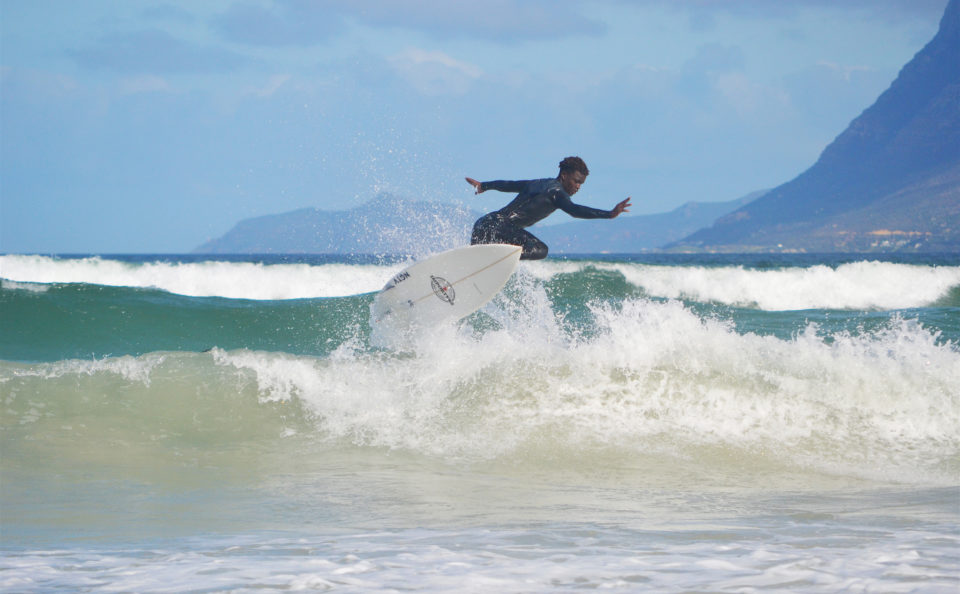 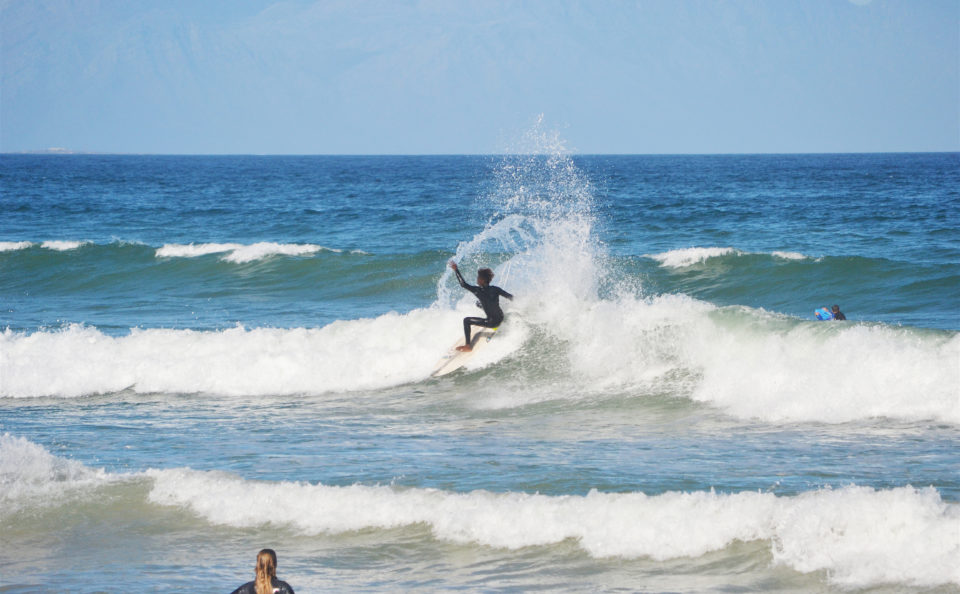 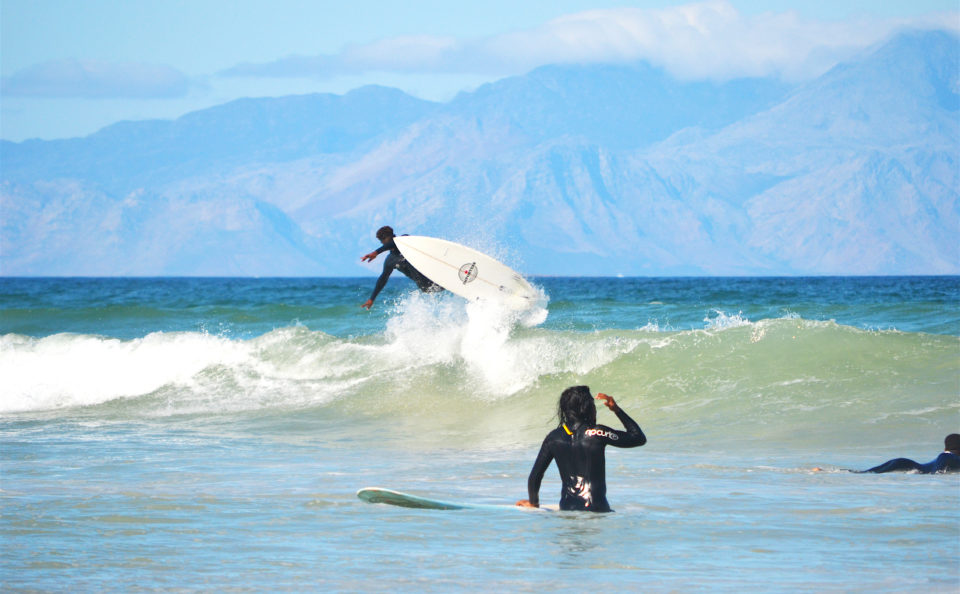 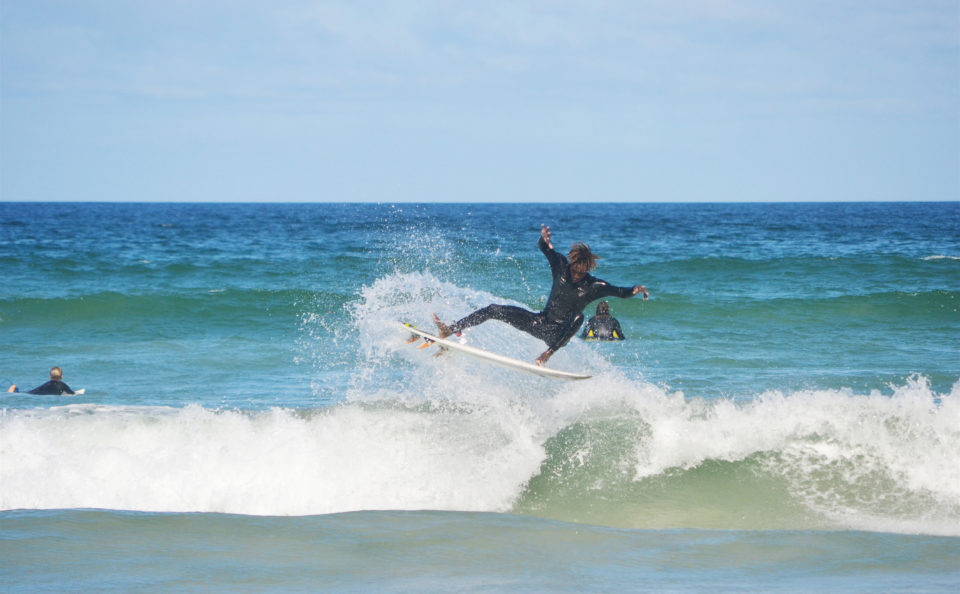 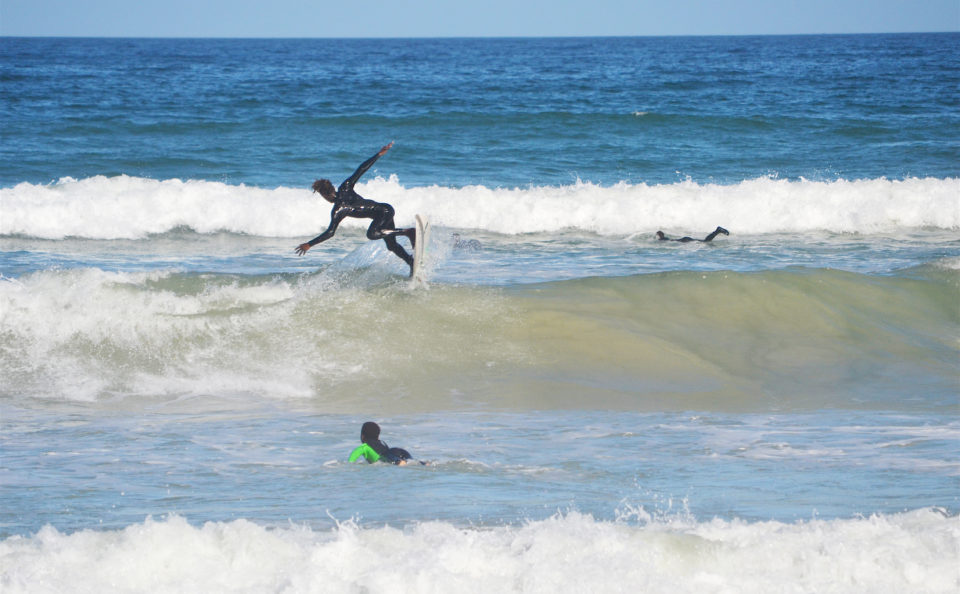 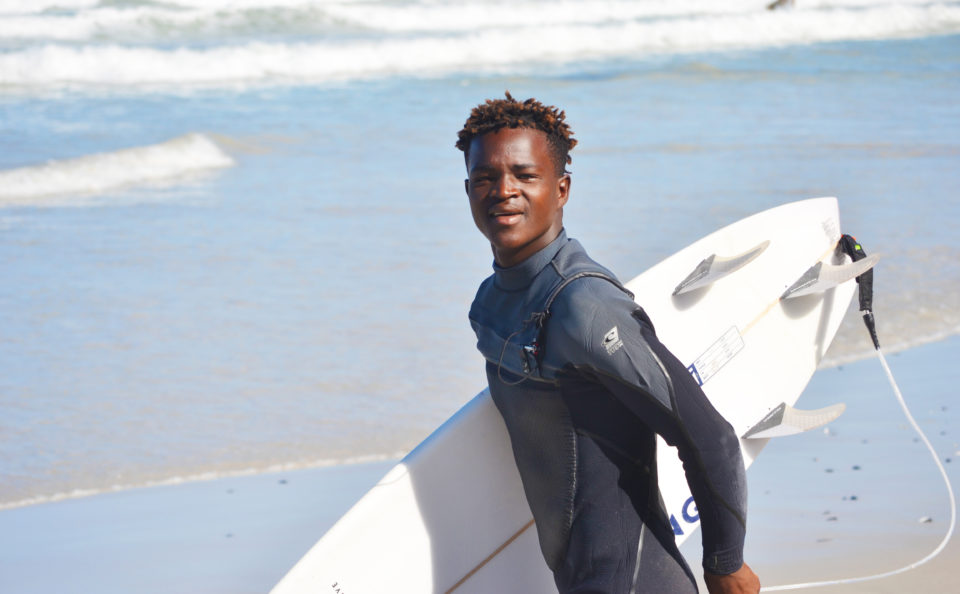 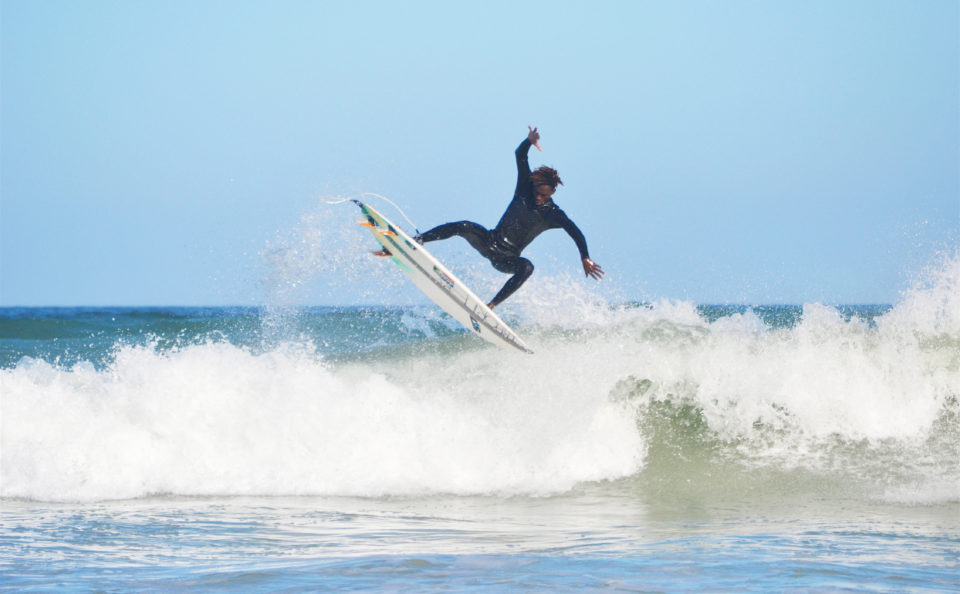 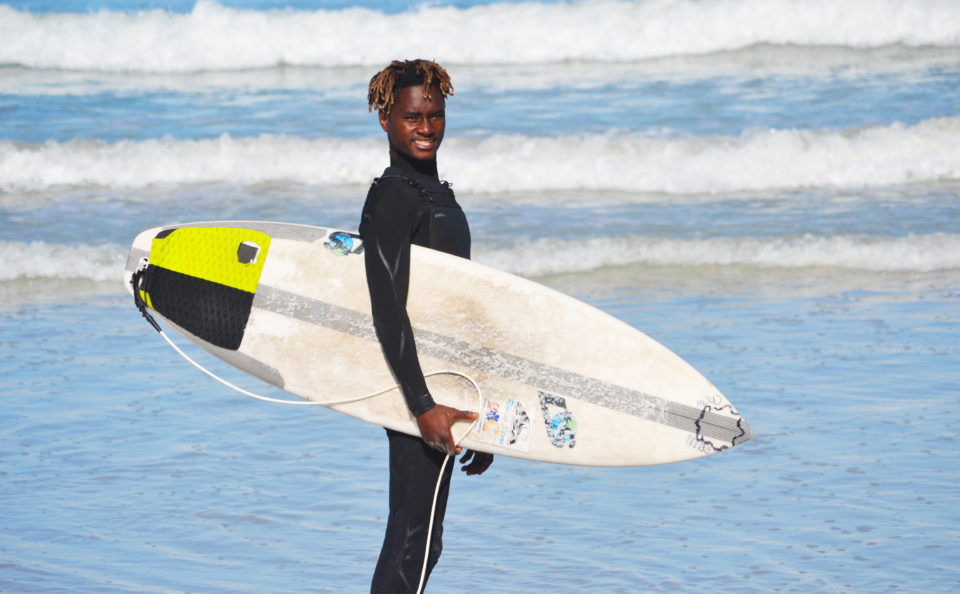 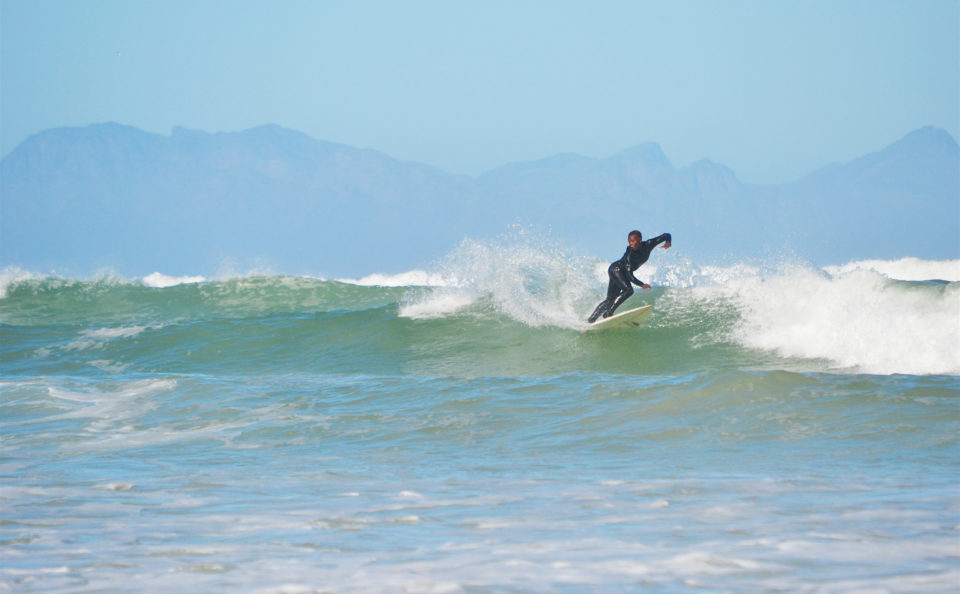 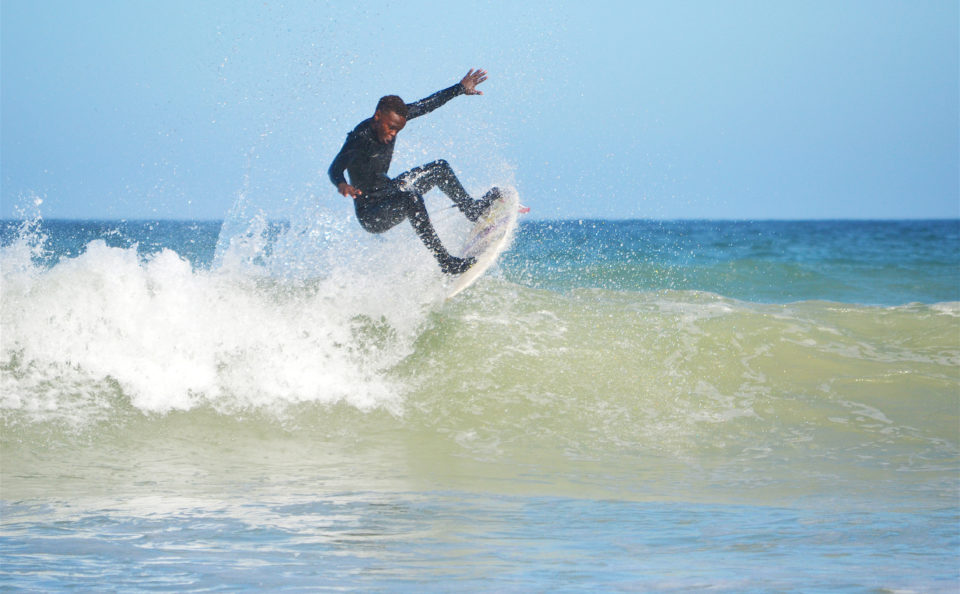 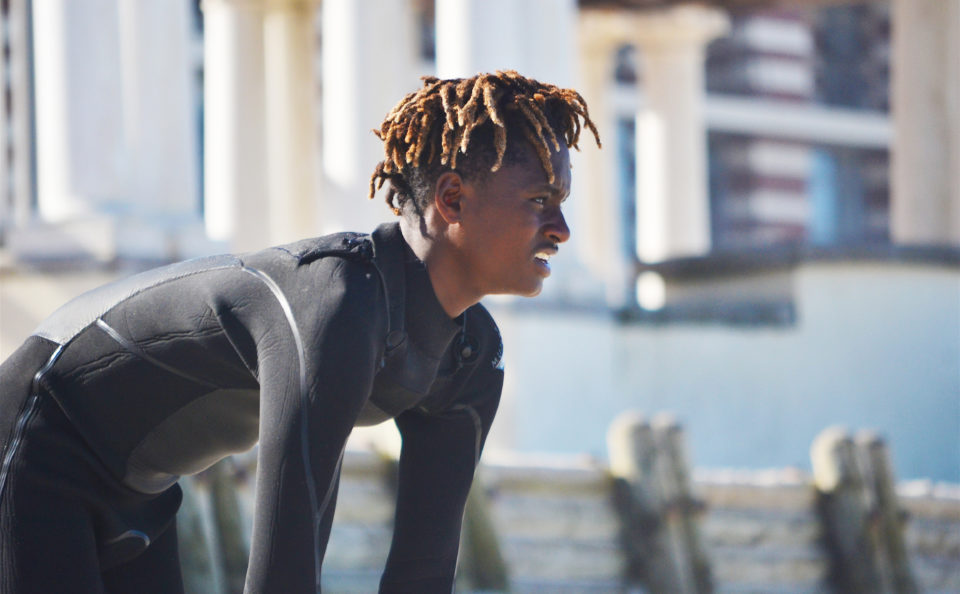 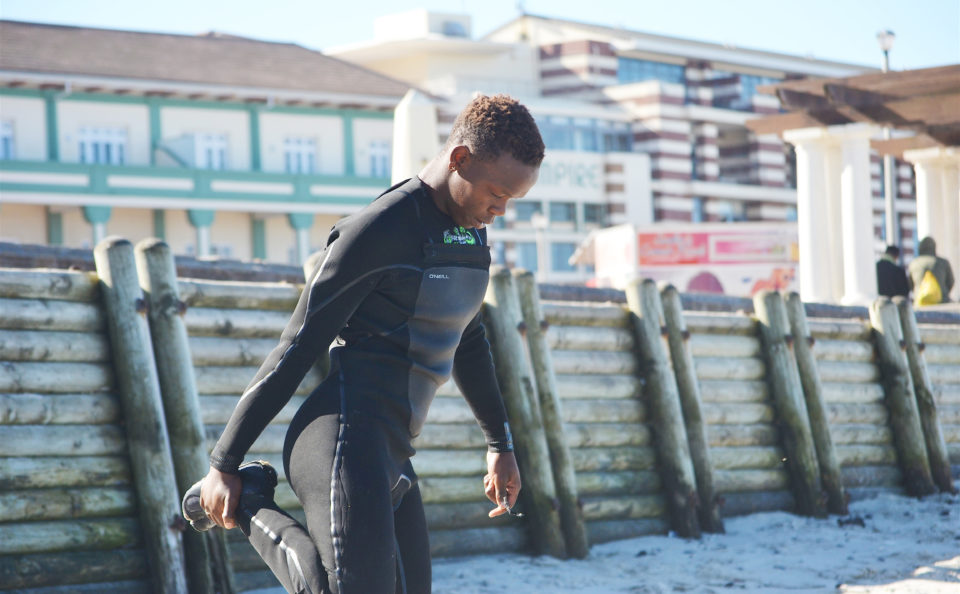