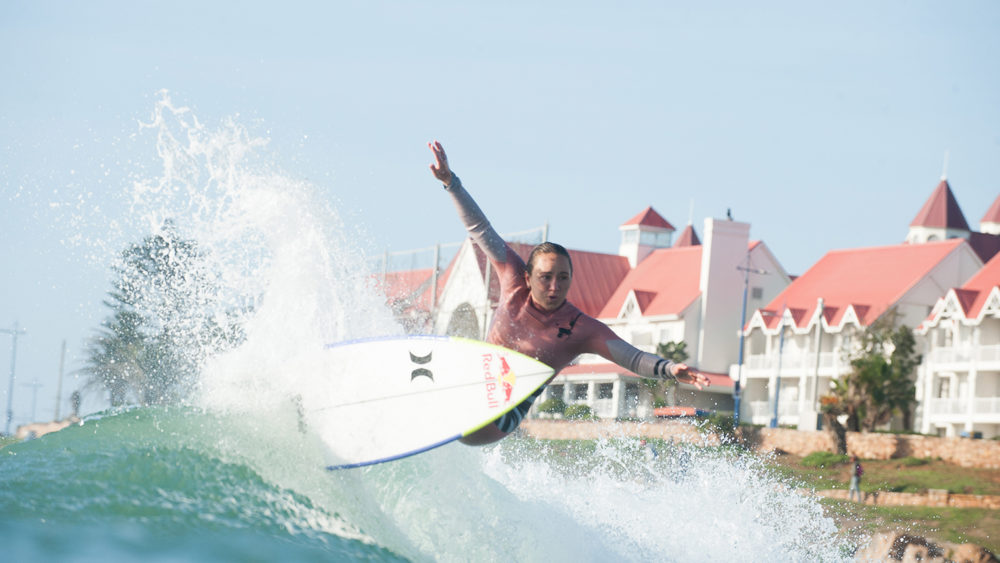 So you know 3 x WSL Women’s World Champion, Hawaiian Carissa Moore, recently won the 2019 Corona Open J-Bay. But, what you don’t know is that a certain South African ex QS surfer, turned surfing vagrant, writer and construction contractor had a big hand in making it happen.

Who is this undercover mystery man? His name is Duncan Scott, also known as Bwana Mustafa, his jungle warlord alter-ego. 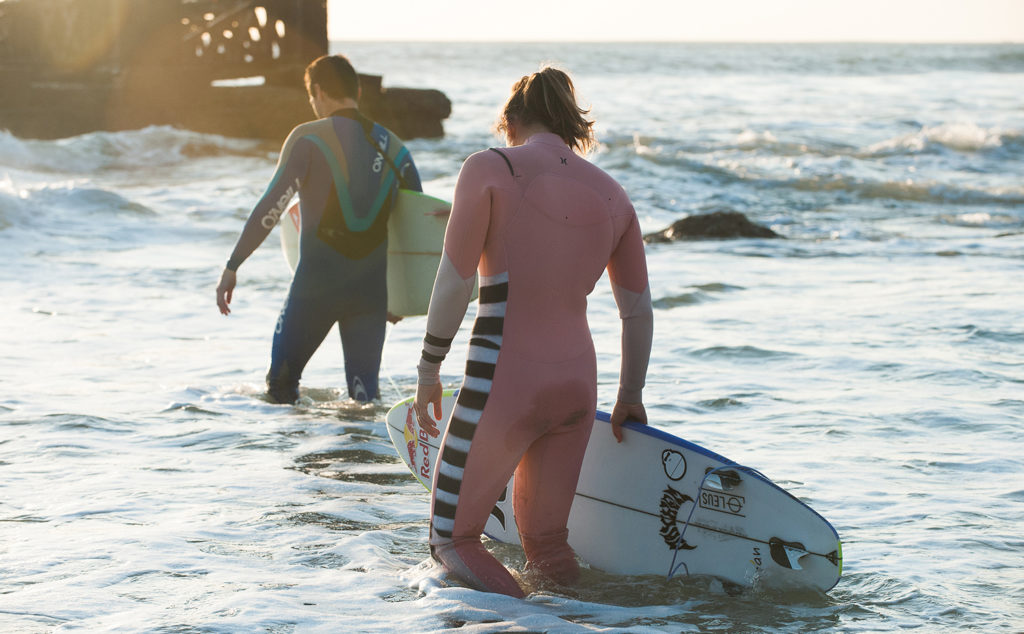 The local PE legend has seen it all: from maxing Mullaghmore to crumbling QS crap. Every now and then he steps out the office to compete in a few SA Longboarding Champs, or “fat man divisions” as he affectionately calls them. But he also coaches and is pretty damn good at it. So good in fact that he found himself in Carissa Moore’s cut corner when she jetted into J-Bay for the Corona Open. Fact sometimes really is stranger than fiction as it seems that Carissa was looking for a white Sangoma to make the Jeffrey’s Bay waves dance for her and that they did.

For those unfamiliar with Duncan Scott, he’s well-traveled (66 countries at last count) and a bonafide veteran of having fun while avoiding real work for the last 15 years. After 4 years of groveling on the QS with fairly average results, his longtime sponsor O’Neill threw him a bone and decided to send him on trips with absolute freedom to explore and adventure. 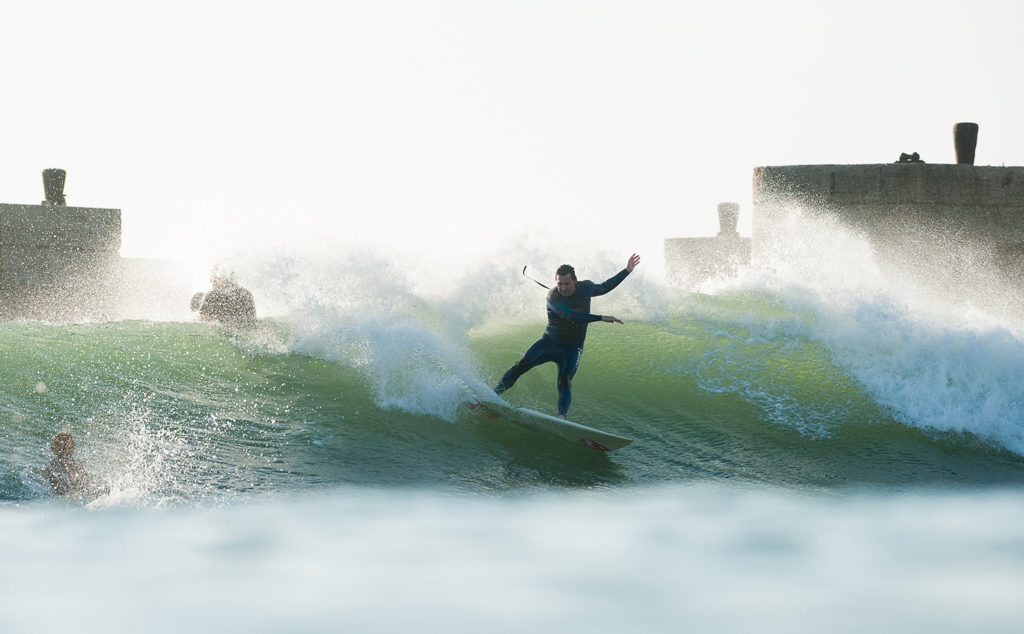 Using London as a base, this freedom to explore ignited Duncan’s love affair with the European big wave scene as he could book a £20 flight to Dublin and no longer needed to travel all the way to Hawaii to surf big, heavy waves. During this time he still managed to make the trip home to spend some time out at Dungeons, J-Bay, and road-tripping up and down the coast.

The first big trip that changed the course of his career was to the Andaman Islands with legendary lensman, John Callahan. On that trip was American surfer Sean Hayes, who’s now the manager of the American Red Bull high-performance centre. Duncan and Sean have had a long relationship both riding for O’Neill throughout their careers, so when there was first talk of having a women’s event at Supers, Sean gave Duncan a call knowing that he was the man for the job.

Their vision was to get Carissa over to J-Bay a year ahead of everyone else and have a local surfer in the pit crew that understands the nuances of the wave, as well as having a grip on the strategic side of competitive surfing. 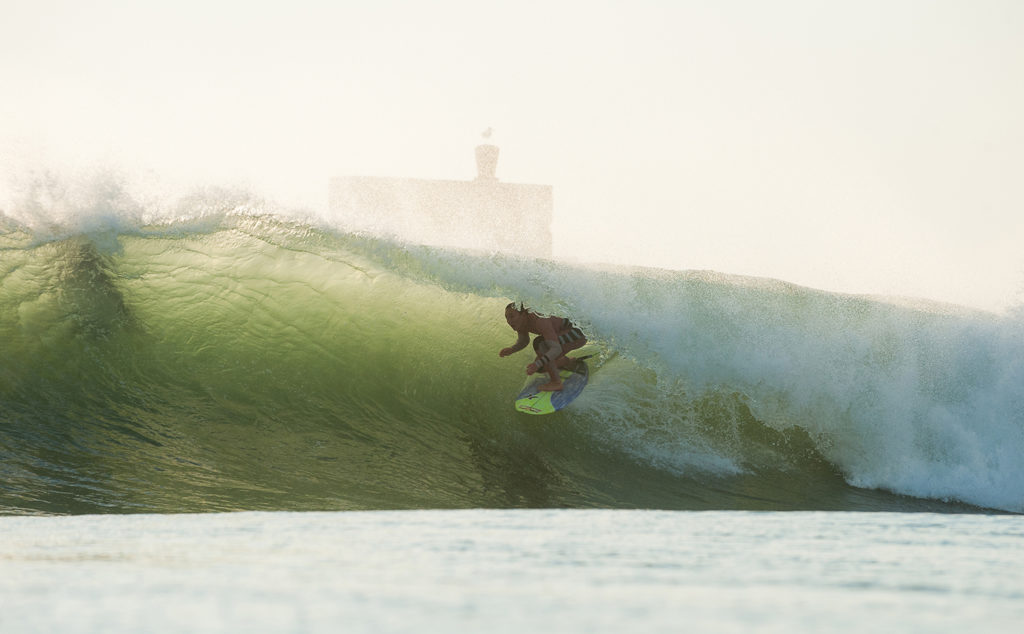 “So I said okay I can be there, but let’s also get Sean Holmes to come up and have a few sessions. You know the way he surfs the wave and the lines he draws, you can’t really top that. So it was all about getting the best people for the best parts of it, whether it be line-up knowledge or equipment, or heat strategy at the time. Carissa had a disappointing result at J-Bay last year and said that it was the lowest she’s felt in a long time. The focus going forward needed to be centred around forgetting all of that disappointment and start fresh.”

Twenty minutes after the final in Brazil, Carissa  gave Duncan a call and said, “Can I just fly straight over?” She arrived early in J-Bay to get a feel for the wave. To surf it in different conditions and moods, without the tour and frothing groms trying to scrap into every wave, leaving her only fragments of how the line-up really works. 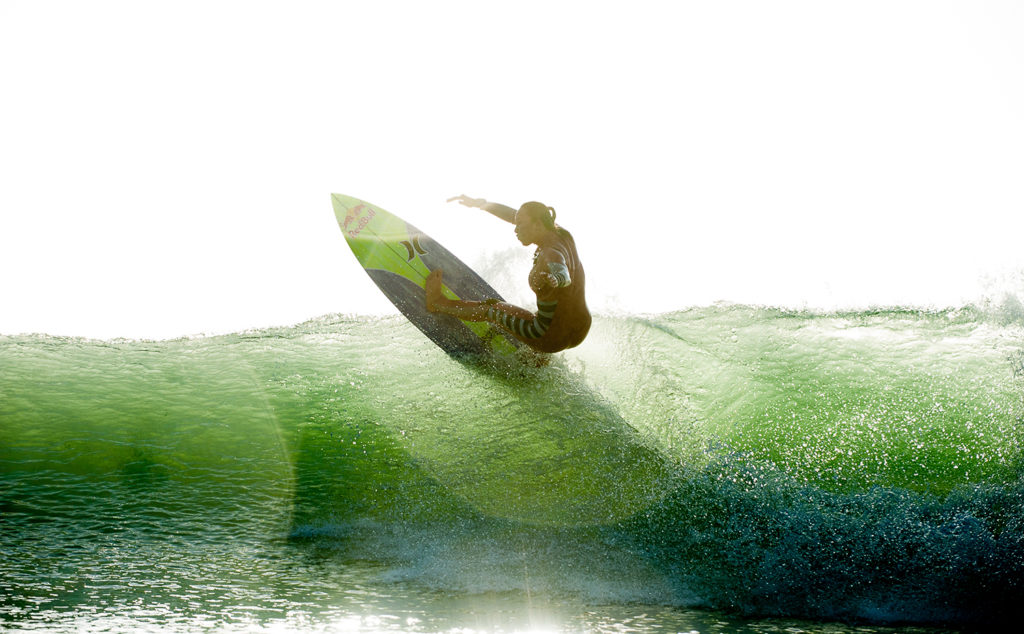 “The preparation during the event window involved making sure she was stretched out and in the lineup early every morning before the sun came up and the onslaught of kicking and screaming ensued.”

The pre-heat routine involved Carrissa’s usual warmup and listening to her favourite tunes. Duncan’s job was to make sure he was watching every wave from dawn to dusk, ridden and unridden, letting Carissa know what the wave is doing and where to pace herself and which sections to hammer. The key was to not get too excited, Duncan’s advice was straight-up practical, “Remember to breathe, which sounds really simple but it’s so important”.

Duncan Scott is close with the local Sawyer family who have some serious surfing pedigree of their own and this proved to be an invaluable asset to the campaign. Dad, Des, is one of J-bays most iconic shapers and son Steve is the 2018 WSL Longboard World Champion. Carissa could take comfort in knowing that if one of her boards got damaged, Des would be on it as quick as a kook on a 1ft Muzies swell. She had been posting solid scores all event and all she had left to do was find the right waves, trust her ability and click in. 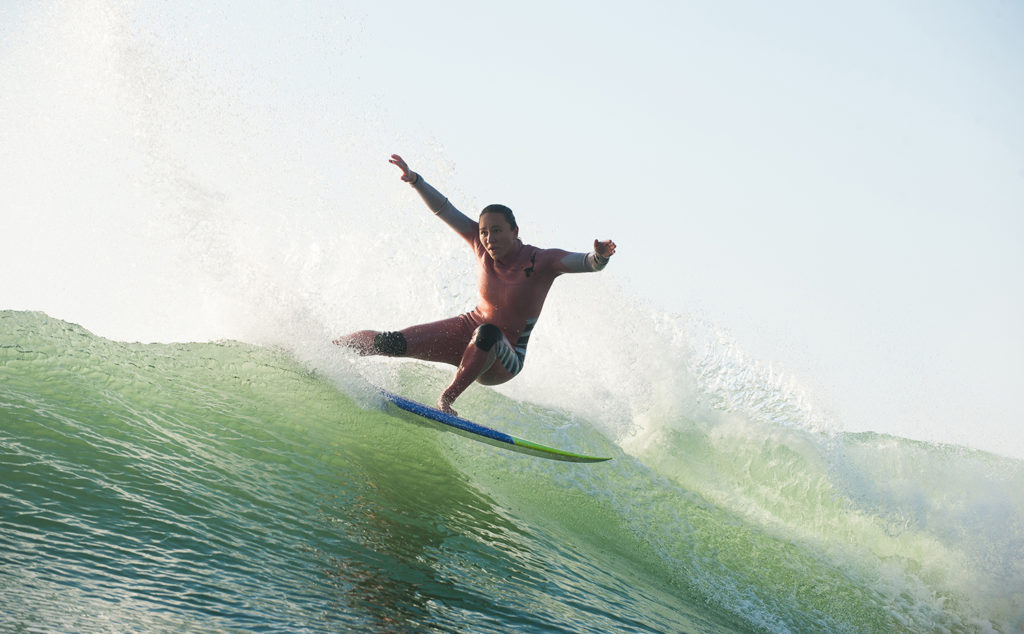 Finals day saw a partial but growing J-Bay swell. Not a pomping offshore and thumping waves all day, but rather pulses of it.

Duncan’s strategy and advice was a blend of patience and timing.

“The focus was to figure out where Carissa should sit to get the most swings at it, and of course you want to be on the better ones, always. She did the runaround in the final which shows that she’s comfortable with the lineup now and I’d meet her at the top of the point to fill her in on the heat scores and her situation.”

With the clock winding down and fellow finalist Lakey Peterson still in the hunt, Duncan knew from his competitive days that contests are often won through mental fortitude.

“All the work had been done and the preparation was there. It was all about finding the right wave and believing in her ability. Competitive surfing is so often just a mental game against yourself.”

After taking out the final and putting her stamp on the event, Carissa left her contest rashy with Duncan, who in turn got her to sign it – “2019 Champion No. 1” reinforcing the message that this is a wave she is going to win on for many years to come. 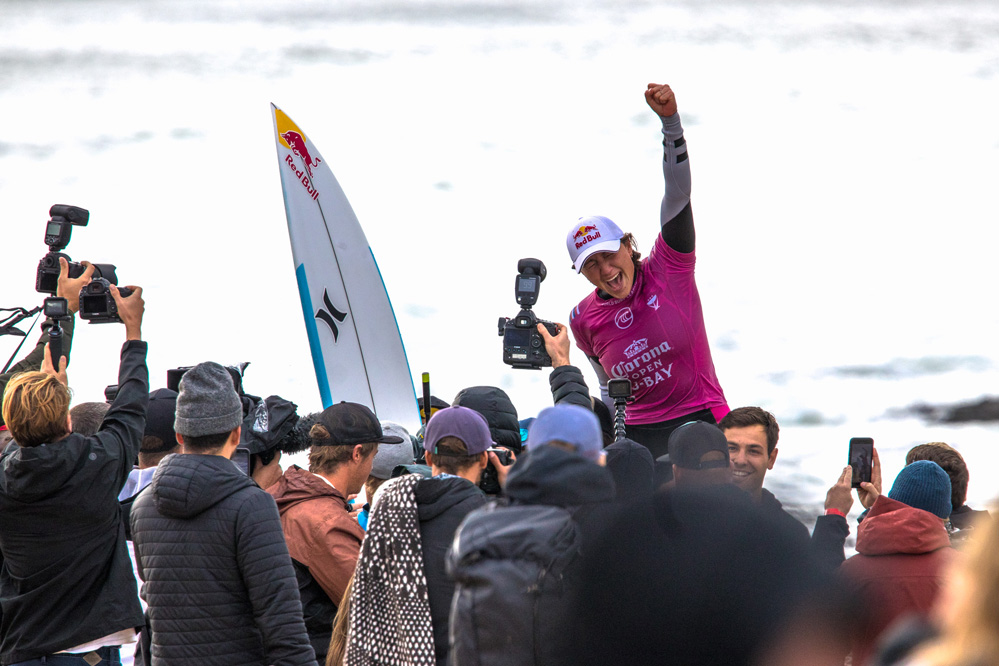 Last year, Carissa Moore may not have fully believed that she could ever win the Corona Open J-Bay event. Now she’s the champion. Sometimes, success is also about the company you keep. And in Duncan Scott, Carissa Moore has found a valuable person to have around.

There must be something about losing heats that really gives you an insight into what it takes to win. Glen Hall could barely make a heat on tour but he knows exactly how to get a surfer to perform in an event. Duncan’s years of QS experience and managing the O’Neill Europe team clearly helps him to understand the surfer’s mindset in competition and what they need to hear at what point. Could Bwana Mustafa be the South African super coach we never knew about?