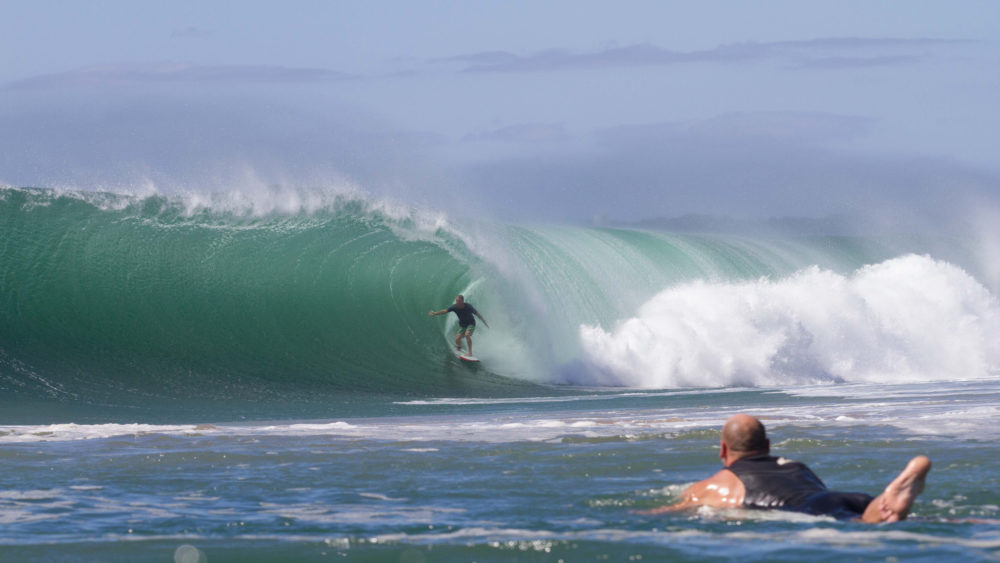 The Positive Effects of Negative Ions

Here is a trippy thought for you:

“Human consciousness has an effect on the molecular structure of water” – this is the hypothesis from late, some say uber- nutty, Japanese author, researcher and photographer, Masaru Emoto. Unsurprisingly Emoto is not much corroborated and I am sure Bad Science author Ben Goldacre would have a field day stamping all over Emoto, but here is another thing – homoeopathy leans along similar lines. Dilution rates are absurd. Goldacre does indeed trash homoeopathy, but I am starting to wonder if there might not be more to H2O than first meets the eye.

Emoto’s book Messages From Water is very much on the outside fringe of sanity. Emoto reminds me of the Douglas Adams character Wonko The Sane from his book So Long and Thanks for All the Fish. Wonko is worth a Google if you are a reader and looking for entertainment. Wonko and Emoto must be kindred spirits. I begin to wonder if there may be some molecule of truth in Emoto’s theory when medical research supports the positive effect of negative ions. 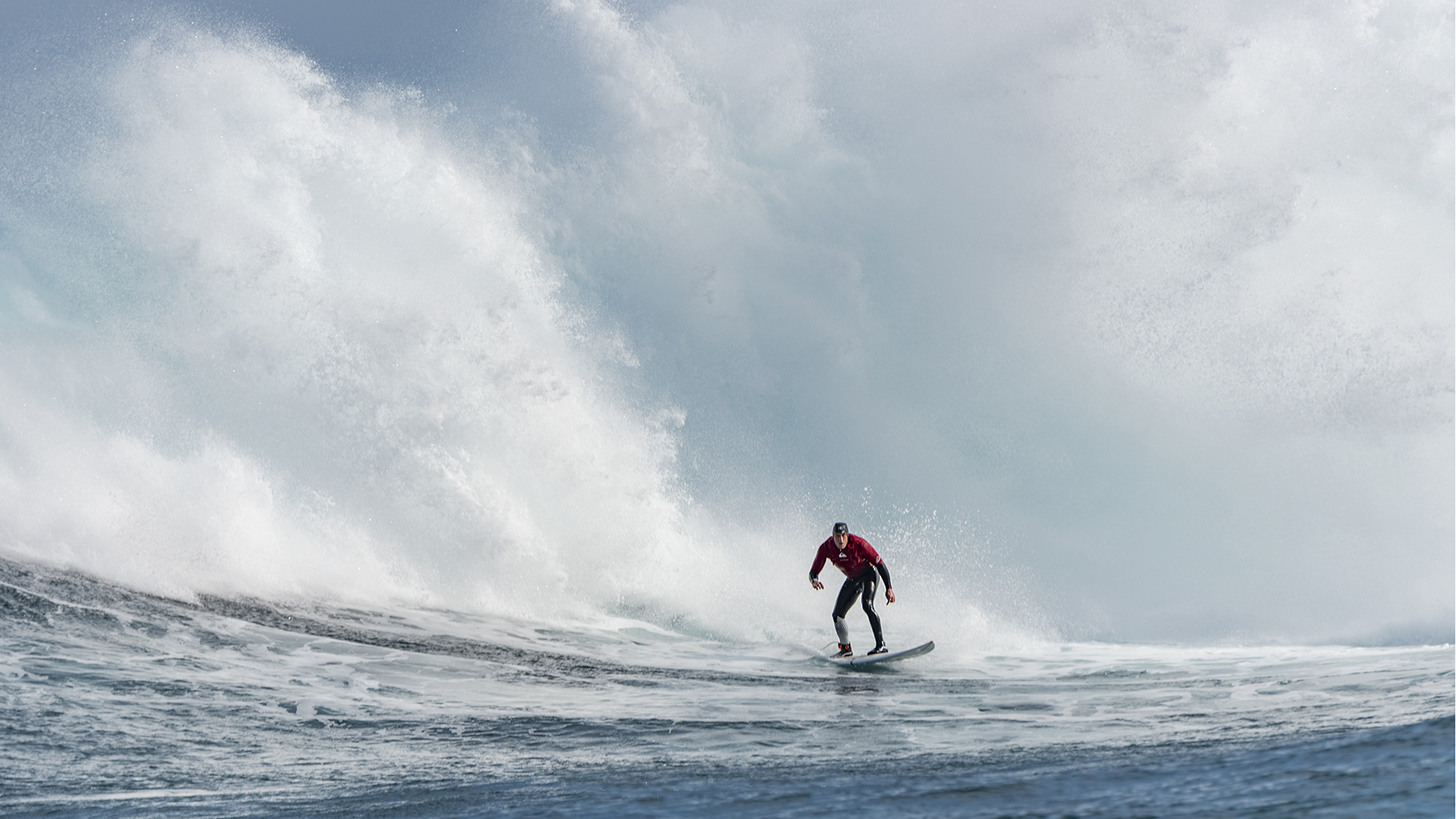 Recent research suggests “Negative ions are beneficial for the human body while positive ions are harmful. In fact, you will find the highest concentration of negative ions in natural clean air. Ions are invisible charged particles in the air – either molecules or atoms which bear an electric charge. Negative ions are abundant in nature especially at waterfalls, ocean surf, or at the beach after a storm.

Negative ions neutralise free radicals, revitalise metabolism, raise cognitive ability and consciousness and enhance immune function to name a few effects. A high concentration of positive ions, on the other hand, can create a headache, a feeling of uneasiness and nausea.” And guess where you find them? – In air-conditioned offices and overcrowded rooms. Think about your closed car, your office, or life in a closed heated flat in the UK.

One of my favourite shapers Lampeez sums up this ions story nicely. “For sure ions are an interesting aspect. I always feel better after some sea air. It sorts me out shap-shap,” he says. Many times I’ve been asked why I enjoy surfing, and all too often in explanation, I feel like I am trying to whistle happy birthday after eating a dry brick of Weetbix. Words just fail me. How do I convert the length, breadth, depth, spirit, physicality, peace, power, passion, equipment, commitment, and lifestyle of surfing into words? 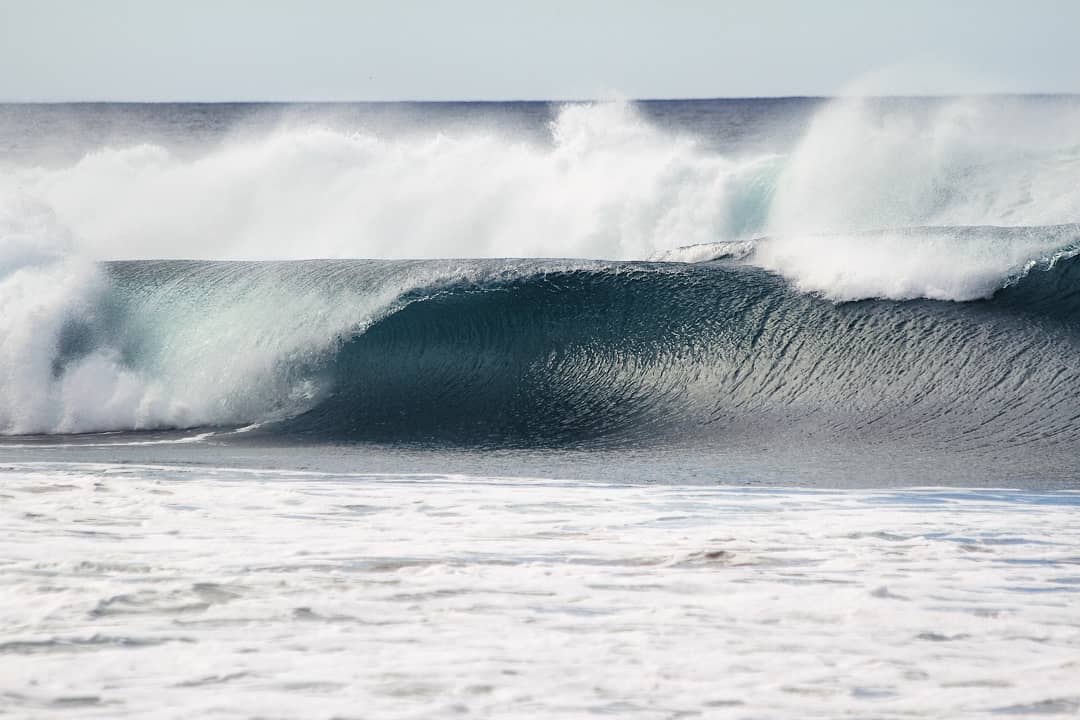 So often not even photos do justice or even videos. Is this ions thing just another element that does not easily commit to words and paper? And how does what Emoto in his “experiments” took water and froze it and studied the crystal patterns which look much like snowflakes. Pure water freezes up in the beautiful patterns we all know. Polluted water does not. Now comes the “Wonko” bit; Emoto took pure water and swore at it and cursed it and guess what? – Ugly de-formed crystals. That same water held in containers with the words LOVE, PEACE, GRATITUDE, THANKS and APPRECIATION written on the container once again froze up in beautiful crystal patterns. Far out. Who needs hallucinogenics?

As I say, Emoto is fringe. He seems to contend that water has some form of memory or cognitive power. Mr. Emoto, could you explain how this affected the water, please? One of the things I say when asked about surfing is that +/- 70% of our planet is water. A similar part of our body is water and your mother carried you for nine months in water. If you are not in the water (surfing) then you are missing out on the greater percentage of this planet.

It is a big thing. We know that the 28-day cycle of the moon drives the ebb and flow of our tides and science even shows that the crust of the earth is flexed 6” to 8” by the moon. How much then are you and I and our 70% or so body mass of water affected? 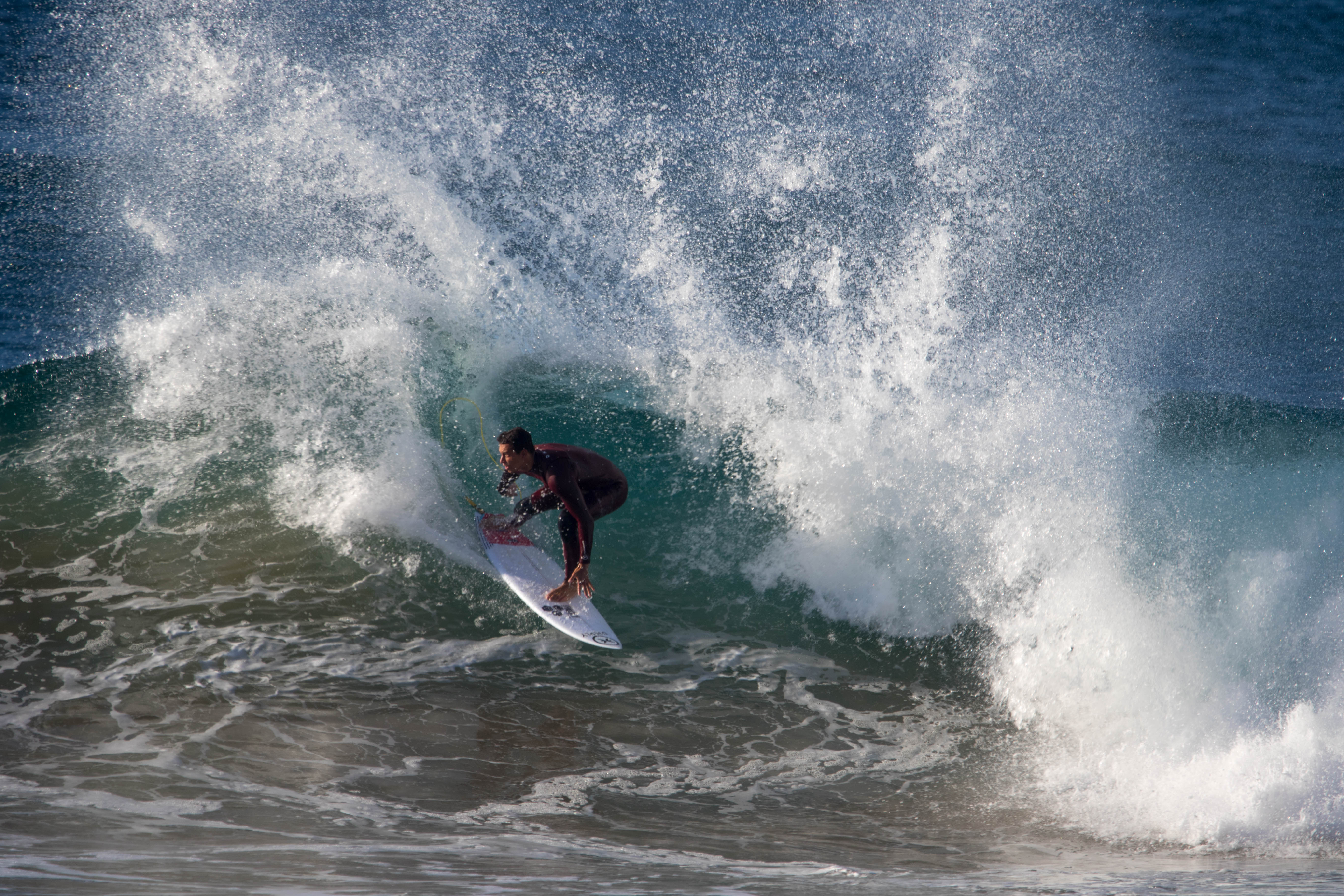 H2O, a curious substance to be sure. H (Hydrogen) insanely flammable, ask the designers of the Hindenburg or the designers of rocket fuel. O (Oxygen) critical to combustion. Put them together and you have one of the most non-flammable substances, water, it quenches fire. What is going on here? Reductionist analysis suggests that if we reduce something to its smallest constituent parts, nucleus, electrons, orbitals and know those parts, then we will understand the full event.

In H2O I think the opposite is true and even when trying to understand the system, the hydrological cycle, this does not bring every answer. So, yeah, there is humidity in our atmosphere and when there is an increase of negative charge to it, we feel good. Go figure. A friend of mine, Jan De Vynk from Stilbaai, tells me that it is well known that celebrated South African author Daleen Matthee (Circles in the Forest) drew a lot of her inspiration to write from walking along the beach at Wilderness after big storms. One writer I researched joked that we should not so much call water H2O as we should call it H2OMG!

Beyond Matthee’s beach walks her love for the Knysna Forests is well documented and don’t you know it, lots of negative ions there too. So coming back to the nutter Emoto’s “Human consciousness has an effect on the molecular structure of water” theory, it is interesting to look at social scientist Amy Cuddy and her TED talk on Body Language. Cuddy turns some well-known psychology on its head – we know our minds affect our bodies, but can our bodies affect our minds? It turns out yes in dramatic effect, and for those competitors who want to mine this nugget of sport psychology, Cuddy is worth a Google. In the Cuddy tradition of turning a question or statement on its head, let’s take a relook at Emoto. 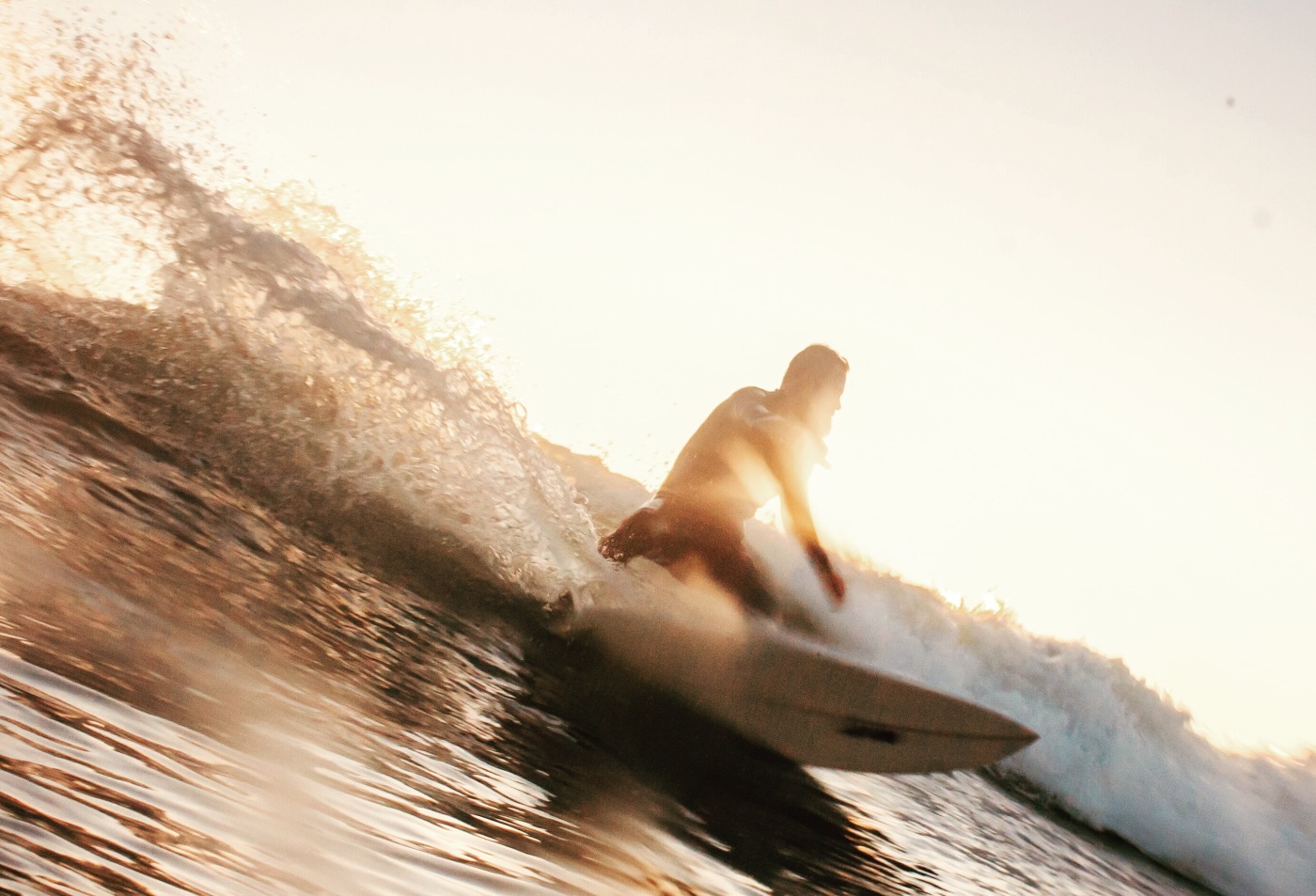 Human consciousness affects the molecular structure of water but can the molecular structure of water (and its charge) have an effect on human consciousness? So far the medical research on the positive effect of negative ions would say yes – most surfers reading this article are most likely saying “duh!” you don’t need double-blind testing to research that bru. And we have not even touched on how saltwater (and its charge) might affect us against fresh, polluted, chlorinated water? Still it is interesting to see medicine touch on this ions thing.

Do you know you can purchase home domestic ionising machines to help elevate mood? And bright lights in the UK to try stimulate vitamin D in their damp and gloomy winter climate? Salt in the sea is part of God’s great purification process for the earth and our hydrological cycle. Salt purifies, it preserves, provides no ecoli, no nukes or tropical bacteria, plus it has healing properties for open wounds. And you and I get to play in this environment.

This is not something to take for granted. I do not think we will ever get to fathom all of it. Emoto places a high value on the attitude of gratitude. Much loved father of modern-day surfing Duke Kahanamoku once said “Out of the water I am nothing.” He knew what ion research is only just beginning to discover and then some.

But there again you and I know it too, don’t we? “When in doubt, paddle out” (Nat Young) – endorsed by negative ion research.