Many things can be said about East London, (a conversation that is often avoided because of politics or patriotism) but one undisputed fact is that it has, and continues to produce some truly exceptional surfers. From the shadow of legends like Greg Emslie, Royden Bryson, Wendy Botha and Nikita Robb, a fresh young talent is emerging.

Another goofy foot raised on a staple diet of right-hand point break waves is swiftly growing in status and stature – 16-year-old Zoë Steyn. In 2018 Zoë multiplied her list of achievements and caught the world’s attention (literally). She is the youngest female surfer to ever win the prestigious SA title, surfing well beyond her years as she bumped 8 time SA Champ, former world number 3 and Triple Crown winner Heather Clark into second place. And in 2019, she did it again taking the title back to back.

She is a consistent winner in both the u/16 and u/18 division of the junior events in South Africa and she has represented her country three times – the ISA World Juniors in California, the WSL World Champs in Taiwan and the ISA Open World Games in Japan alongside esteemed surfers Nicole Pallet and Bianca Buitendag. Simply put, when Zoë surfs, heads turn.

Her surfing results have put her in the spotlight, but her personal accolades are equally noteworthy. During Zoë’s wild year
in 2018, she became part of an unexpected viral frenzy. After winning the Junior Series at the Billabong Ballito Pro, Zoë was swept up by the internet’s #genderpaygap wave as she was pictured with a cheque for half the amount of prize money as the men’s winner, Indonesia’s Rio Waida. The WSL’s explanation of less entries and a smaller athlete pool of women fell on deaf ears and the outrage mushroomed, with Zoë cast in the role as a victim of the WSL’s patriarchal chauvinism. Soon the story could be found on popular, international websites like The Guardian, Mashable and Huffington Post – the internet was truly shook.

Women’s equality advocate Lauren Jauncey went so far as to create a GoFundMe page to raise the money that Zoë  was denied by the patriarchy. But when Jauncey contacted her with the funds she graciously asked that the money be donated to an East London township development project called Jonginenge. She quietly passed it on to people she felt needed it more, she fuelled no flames and didn’t even fall victim to a small humble brag. Talent, drive and integrity – who is this golden girl? And who is her publicist?

The call to the sea was not passed down to Zoë through the generations as she is the only member in her family who surfs; mom and the ballie are both doctors who don’t fully understand how surfing works, but they support her.

Growing up on the nutritious waves of Nahoon Reef is a tried and tested diet for successfully developing a world-class style. Zoë is like a goofy foot version of Rosy Hodge, with her smooth, fast surfing, blonde hair, bright blue eyes and poised demeanour. She exudes a blissful grom spirit that is all about surf and stoke; as the saying goes – she is the first one in and the last one out.

Her life revolves around the tides and the delicate balance of a budding surf career, schoolwork and being a teenager. Which begs the question – at such a young age, can she possibly know how far she can go? Does she have the drive to go for it?

“I have always loved doing sport, I did every school sport there is but when I tried surfing everything else became insignificant,” Zoë answers emphatically. “Surfing has totally changed me, I just feel happier when I am able to surf and be in the water. Competing has pushed me mentally and physically, it has made me a better athlete and taught me the importance of being confident. This last year of results has been amazing. It has made me realise my dream of wanting to be a pro surfer, I can’t wait to give the WQS my best shot… after school,” she quickly adds, perhaps an indication of her priorities and some parental guidance.

Many a talented surfer has galloped furiously towards their goal of life on the dream tour and is driven half crazy by the mix of sheer passion, heart-wrenching desire and the difficulty of matching those expectations in heat wins. But as the WQS grind adds to their emotional turmoil – one thing becomes obvious, there needs to be something else to act as ballast. And perhaps that extra something is simply a level professionalism. 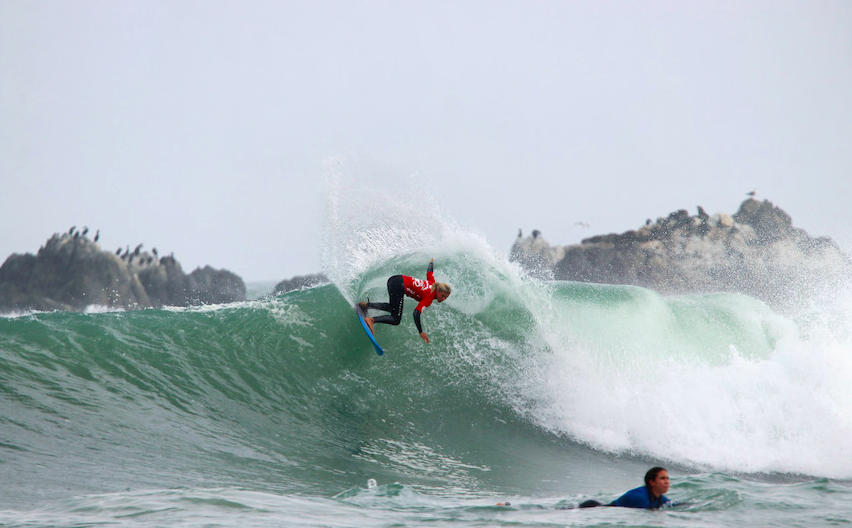 Zoë gives off a sense of confidence in her ability to make it, because she quite simply speaks like a professional athlete. Grounded. It just seems to occur naturally to her. You know she will put in the work and make informed decisions; develop every aspect of herself and grow from her failures instead of taking them to heart. Former WCT surfer and SA team coach Greg Emslie, knows exactly the kind of level Zoë will be up against and he has total confidence in her ability.

“I have been coaching Zoë for the last five years or so, she is a fantastic surfer. Her dedication alone will get her onto the WCT, I have no doubt,” Greg gushes with the excitement of a coach who believes they are working with the next big thing. “I can just see that everything is in place for her to get there, she’s got good backing from a great family, she works really hard and she really wants it. Her biggest asset is probably the fact that she accepts that everyone has weaknesses and she doesn’t just surf to her strengths, she trains to iron out her weaknesses and turn them into strengths. She doesn’t argue about it, she never argues back with instruction – she just goes out there and does it. She is in an interesting place now, we both are as we have the end goal of the WCT. It is a long road but watch this space, I know she can do it.” 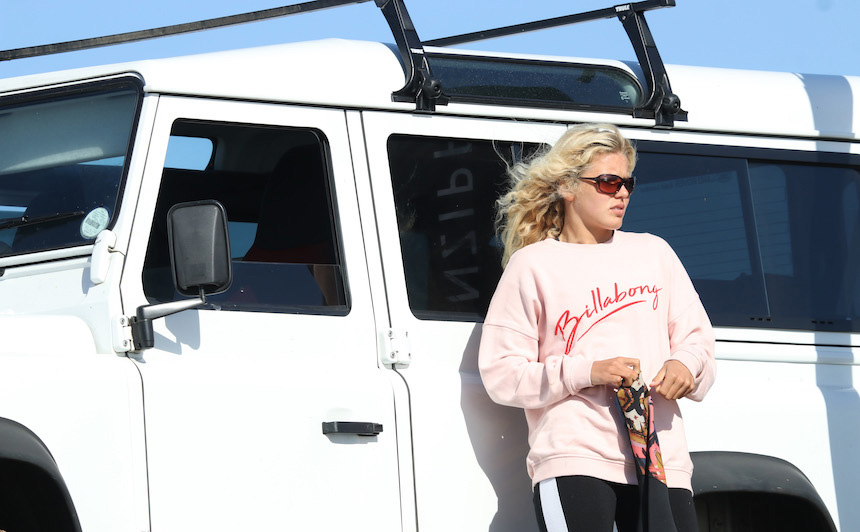 Beyond natural talent in the brine and the long hours of hard work, the greatest determinant of a career in surfing pivots on character. An encounter with a large Johnny at Nahoon Reef provides a glimpse into Zoë’s resilience and dedication to the sport. “It all happened so fast, the waves were perfect and I had been surfing the whole day,” Zoë recalls in her calm, easy way. “I was just lying on my board when suddenly this big black thing launched at me and bit my rail. I looked it straight in the eye. I was freaked with a ton of adrenaline and that got me to the shore.

I got back in the water two days later because I had a Border trial, so I just had to go with it. I am thankful for the way things worked out and that it didn’t keep me out the water.” Whilst Zoë did bounce back quickly after the incident in order to compete, she experienced some post-traumatic stress in the form of nightmares and flashbacks. “I guess I just blocked it out in order to surf,” Zoë said. “Then I definitely had a delayed reaction – there were sketchy days at The Reef where I had flashbacks and I would wake up in the middle of the night in fear because I was having a bad dream about it. It got easier to deal with overtime, it won’t stop me from paddling out now, but I pay more attention to Mother Nature’s signs, if I see birds dive-bombing or if no one is in the water, then I won’t go out.”

“She is so fun and daring,” says Marishka Myers, Billabong’s digital marketing manager. “We just got back from Mozam and her only fear on the trip was getting sunburnt because her parents would get mad.” With the world at her feet, nerves of steel and a surf career itching to unfold, it’s pretty cool to see that she’s also still just a kid who gets told off by her parents for not wearing sunblock.