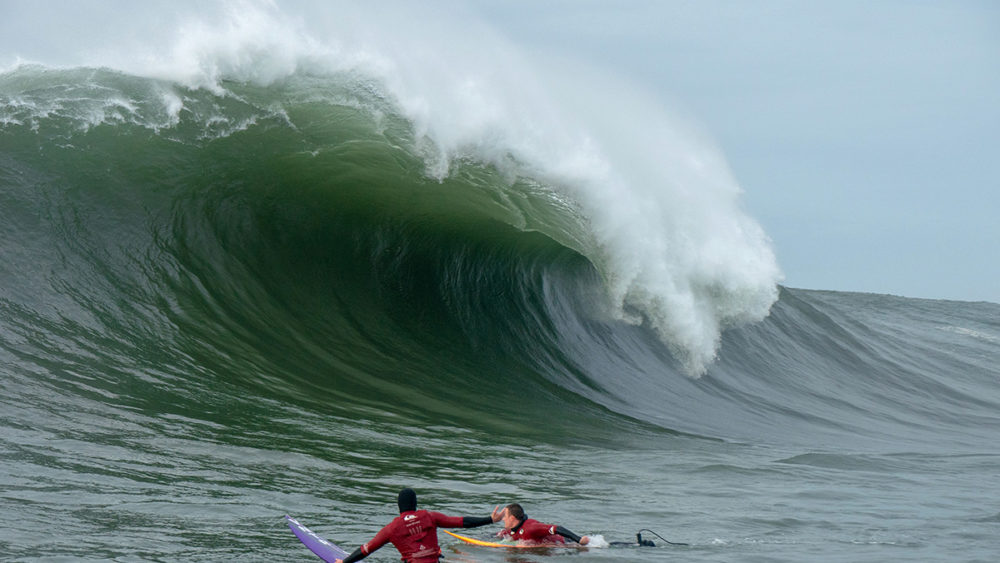 The Half Moon Boys

At the start of the year, Mavericks got a big dose of swell which saw local big wave ‘heavyweights’ Frank Solomon and Matt Bromley check-in their luggage, no doubt overweight, and head on over to Half Moon Bay. Not one to do well with big wave FOMO,  the new saffa kid on the block Fabian Campagnolo said goodbye to Nazaré and hello to California.
After a strong winter storm in the northern Pacific Ocean, waves out at Mavs can routinely crest at over 25 ft and top out at over 60 ft, so knowing what’s what could be the difference between the best wave of your life or your last. With three South Africans out charging at more or less the same time and with images making their way back to Zag HQ we reached out to Frank, Matt and Fabian to get a handle on what was what.
All Images – Fred Pompermayer 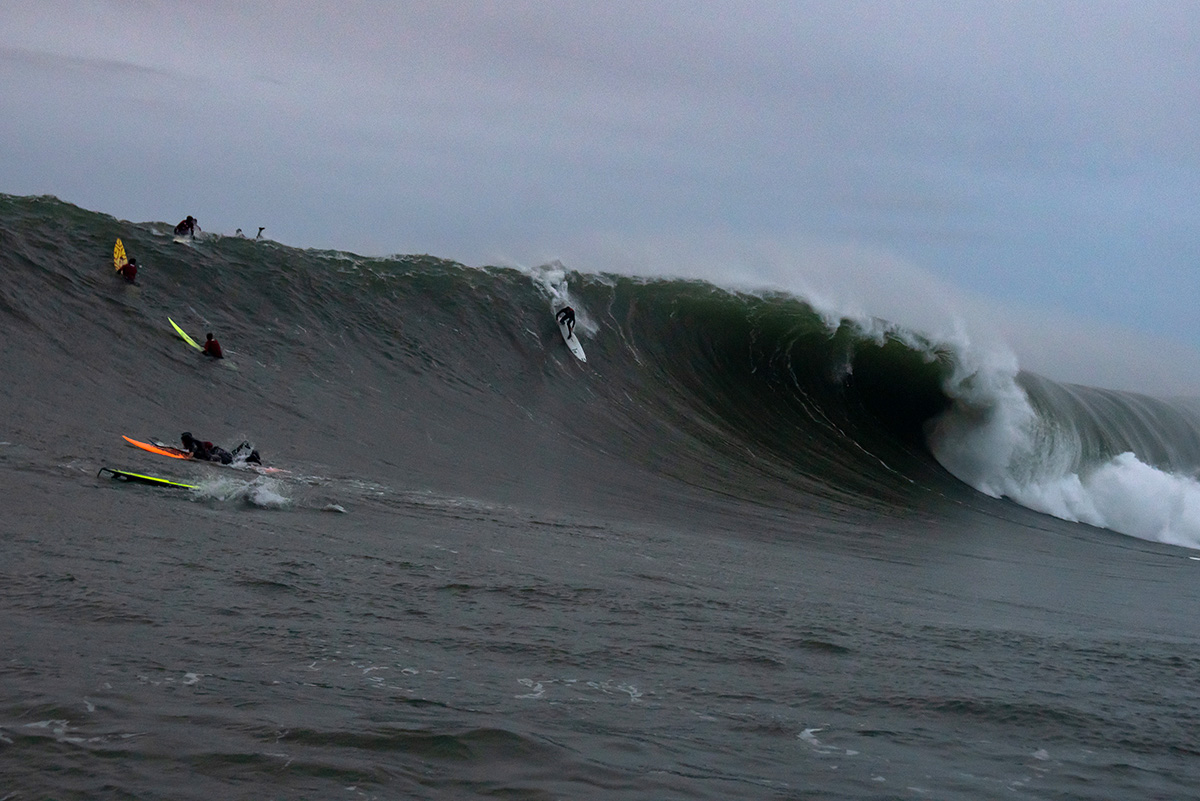 Bromdog moving in for the electric slide.

Matt Bromley: I was at Jaws, filming for my film “Over the Edge”, and that same swell that was huge out at Peahi was hitting Mav’s the next day. We surfed our brains out in Hawaii, then raced to the airport for the swell at Mav’s the following day. After 3 hours of sleep, we arrived at Mav’s. It was cold and scary looking with 15-20ft, brown slabs exploding on the ledge.

Mav’s take-off is very steep. Most of the swells are around 18-20 seconds by the time they hit the Half Moon Bay, so they are moving incredibly fast with a lot of energy! I think what keeps people coming back is the steepness of the drop. At Mav’s it’s all about the drop!
This thick, chunky piece of water comes in and you think its too crazy. You have to be fully committed to making it. When you stroke in, the bottom of the wave drops away, and unless you’re 100% leaning forward and confident, the lip is going to pitch you into the flats. I saw a few pro’s who’d made the same migration over from Jaws and it was great to sit out in the line up with them and compare Jaws to Mav’s, both such different waves. My last wave, just before dark I thought was going to be too heavy and steep. I put my head down and dropped down a super steep, smooth face, and wrestled with the explosion into the channel. I was so pumped! We returned to shore with this crazy fisherman skipper, and Andrew (My Directer guy) and I slept on a fishing boat for the night. 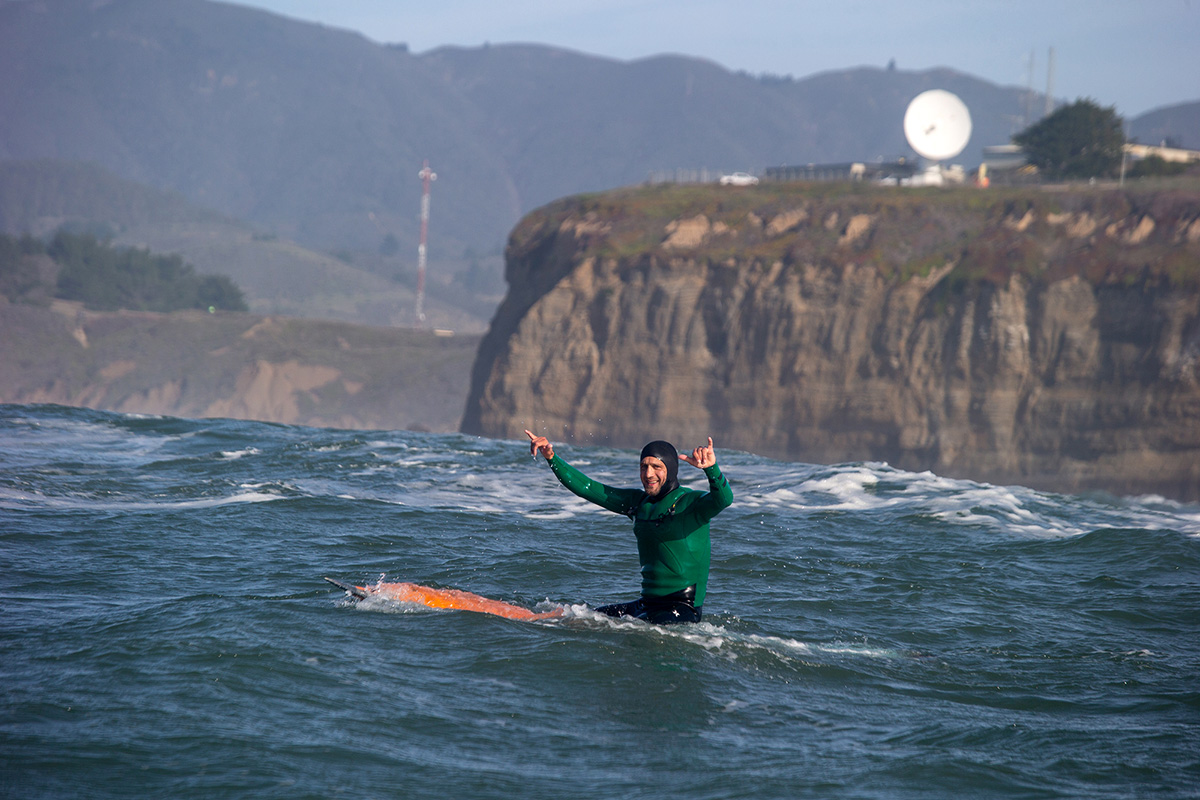 One of the biggest frothers in the game, Frank Solomon.

Frank Solomon: Yeah, I had a great time there. Mavericks and San Francisco are like my second home. I have been going there for almost 10 years and have some of my best friends there so for me it all feels very familiar. I have a place to stay know all the locals and places to eat and surf which helps when your away for extended periods of time. It was awesome to see Fabian there an up and coming young charger.
He is pretty much doing exactly what Josh and I did, bouncing between there and Hawaii doing odd jobs to make enough for food and accommodation and then head to the next Spot. I think it gives you a very different perspective than being sponsored from a young age and like I said that’s how I met most of the people over there. Surfing when there where waves and then hustling for work when it’s flat. I missed Brom this year as I got delayed at the airport for that first swell. But got some really fun sessions with hardly anyone out and some epic snowboarding. I also went and chatted with Hurley and still have my contract for this year which is very helpful. 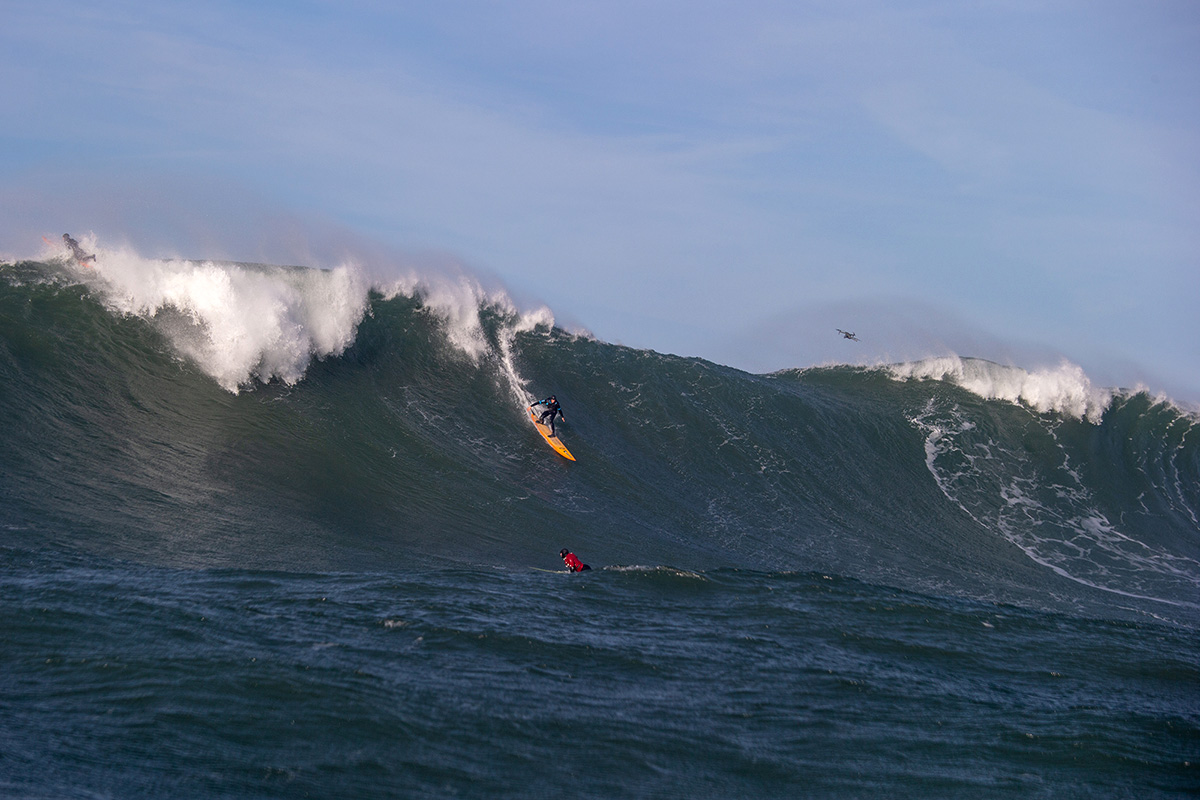 Fabian doing what probably makes him happier than Larry.

Fabian: To some it all up, the whole experience was f**king incredible. Coming from Nazaré where everything is rough and all over the place to a lineup like Mavs where it’s all set up and you can consistently take off in the same spot every time, it just changes the whole dynamic entirely. Being able to catch up with Frank and really get to know the guy properly and seeing how connected he is was inspiring as well. What I took away from my interaction with Frank was what you can achieve when you really put time into your surfing, particularly out at one big wave spot. You get in tune with the wave and the locals and that all seems to be the biggest ‘game-changer’ when it comes to your own progression. I guess it all comes down to showing face.

You got to be consistent, it’s not a one time thing, a lesson I learned when going back to Nazaré and Mavs for the 2nd time this past year. You have to be vulnerable and be prepared to put humility aside. Frank did it. Josh did it. Asking people for favours, it’s all most a necessity. The guys out there are eager to help within the Big Wave community when they’re able to see how badly you want it.

Going forward, ultimately that’s who I want to be. I want to eventually be that guy offering a helping hand, parting bits of knowledge that I’ve learned along the way. I got a long way to go but one day I hope to return the favour. 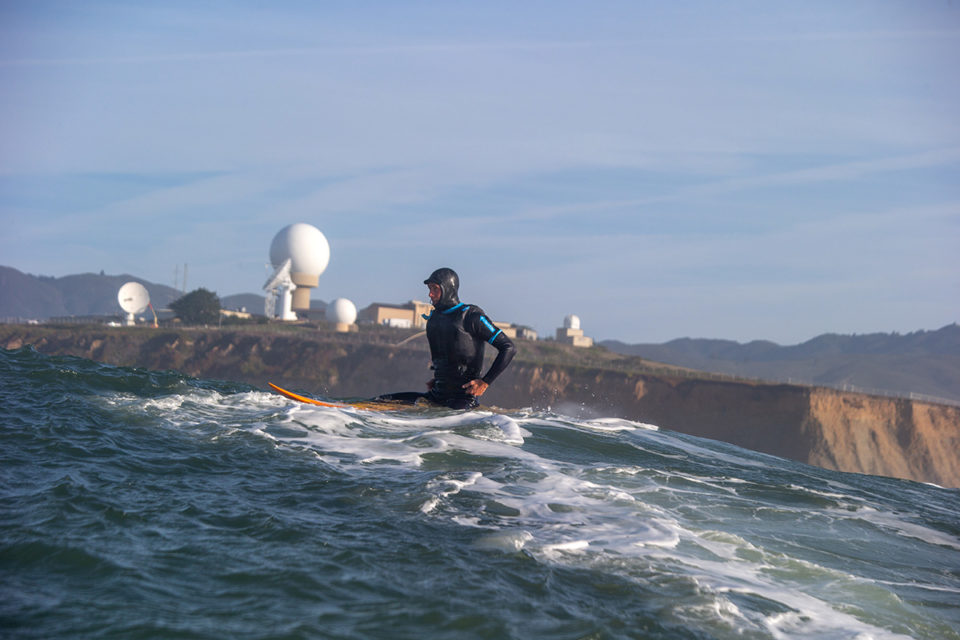 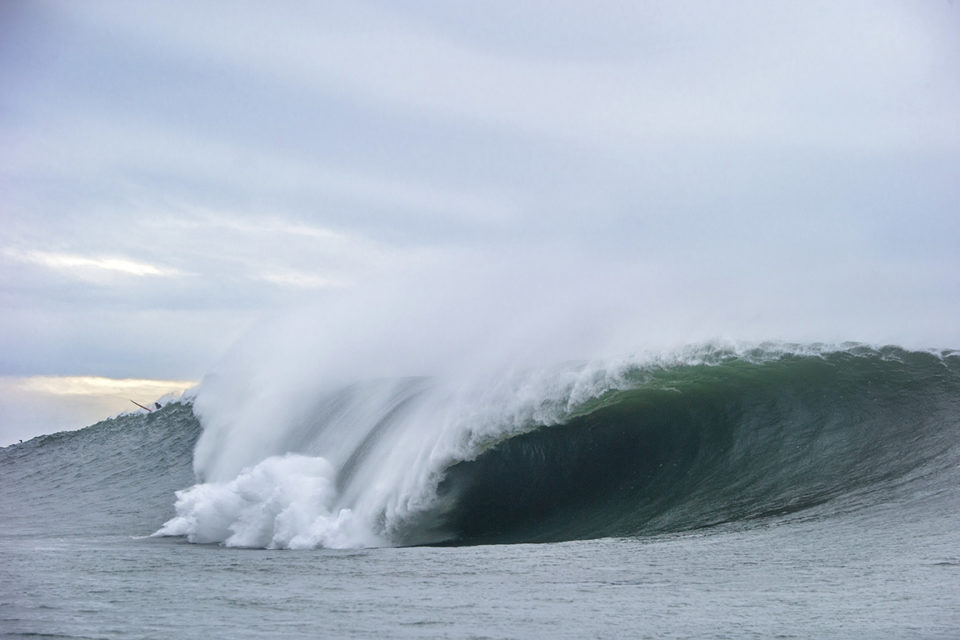 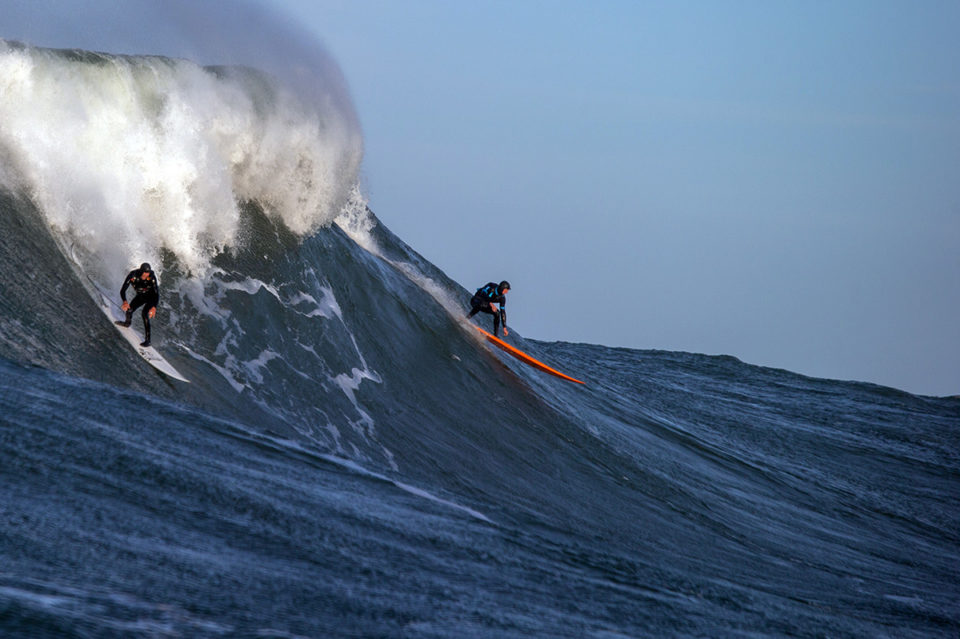 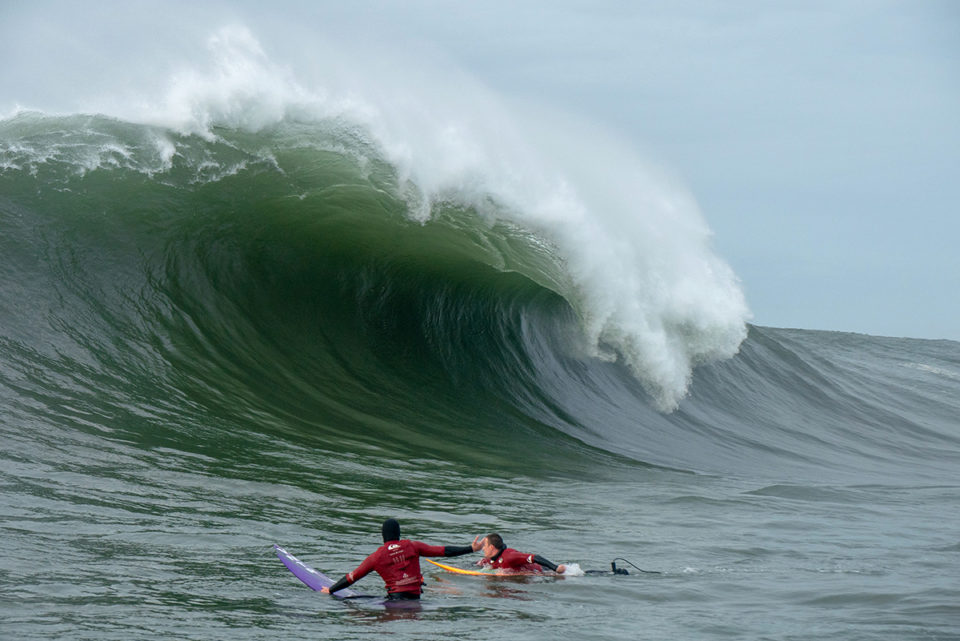 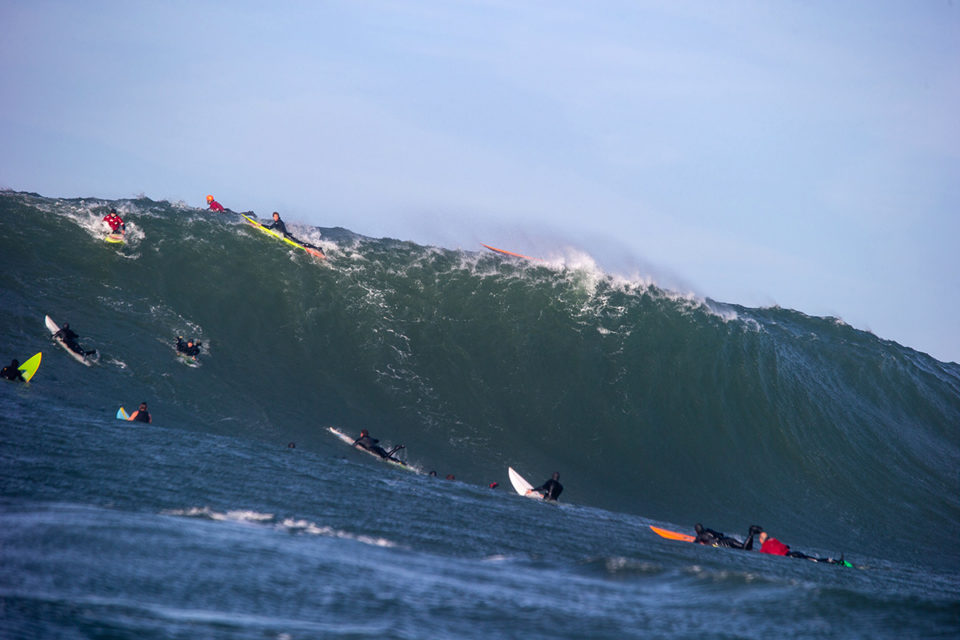 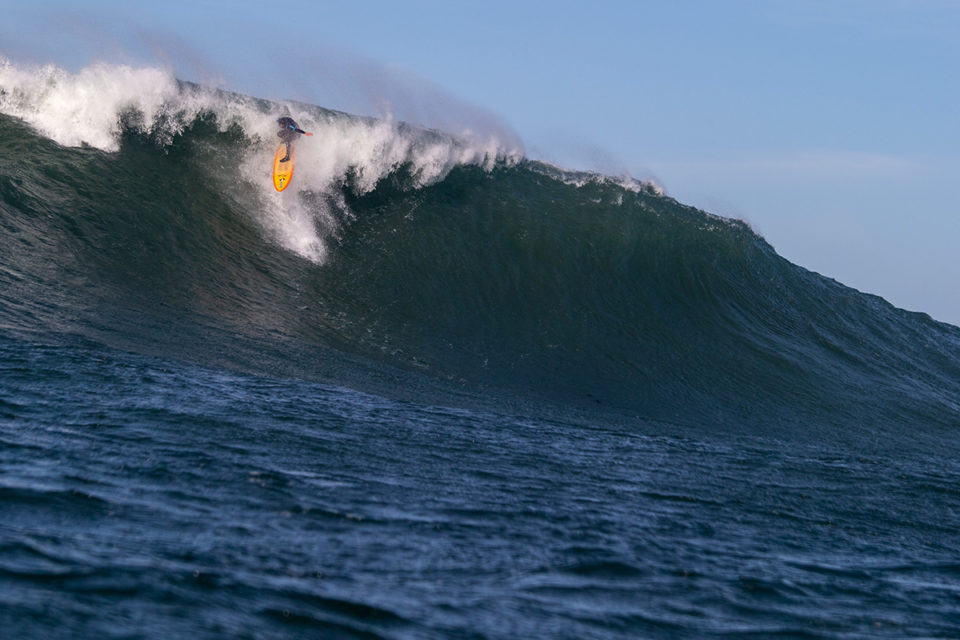