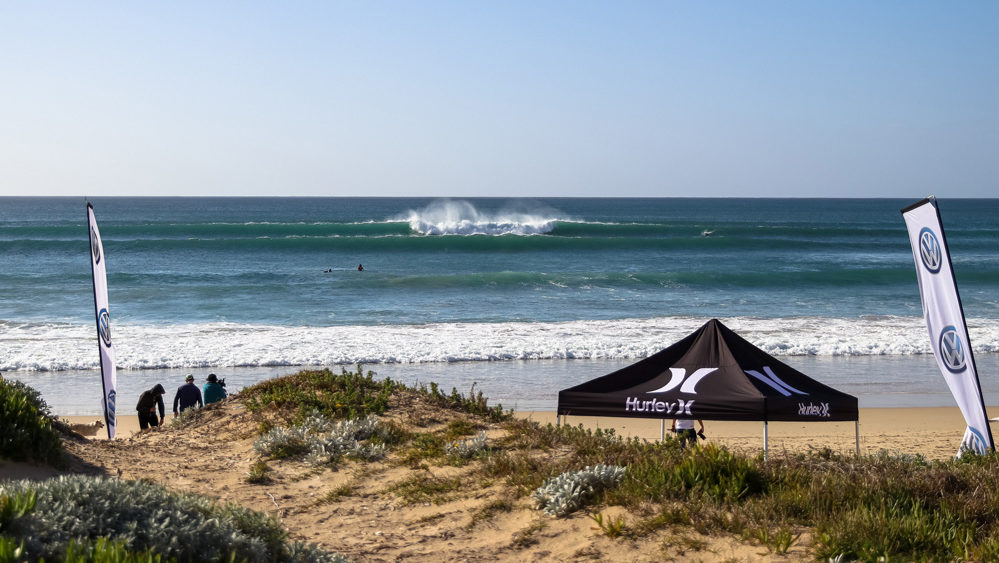 Froth Up: VW SA Open of Surfing pres by Hurley

Back to Port Elizabeth we go for the highest-rated women’s event on the South African surfing calendar; the Volkswagen SA Open of Surfing presented by Hurley. And isn’t it a wonderful opportunity to gain valuable QS points! The SA Open of Surfing is the 3rd stop of the City Surf Series tour and one of our favourites, not because the Pipeline will be spitting hollow 10-12 foot pits on the third reef, although stranger things have happened, but because we get a glimpse of who the next best female surfers are coming through the ranks. If you win the SA Open of Surfing, chances are you’ll have a shot at CT qualification come the end of the year and we’re frothing to see how it plays out. Here are 4 reasons we’re excited for stop 3 of the City Surf Series. 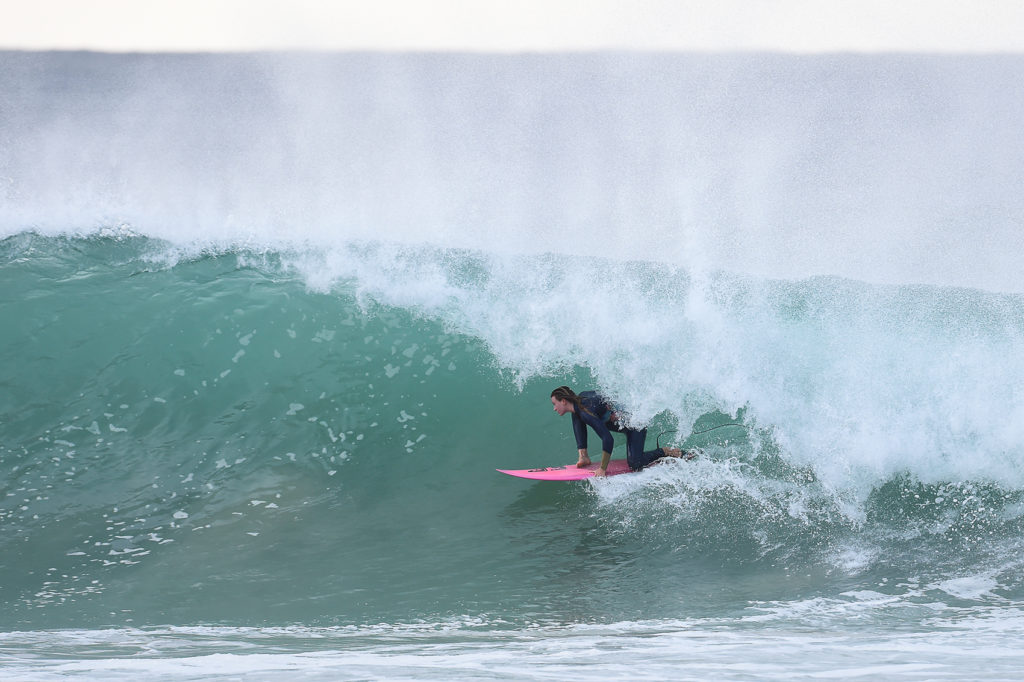 Bianca Buitendag will be in attendance.

Does anybody ever know where Bianca Buitendag is? You hear rumours of her being here and there, “Oh, Bianca was out at Supers today!” or “Yeah, I think we saw Bianca paddle out at Herolds Baai” but never do you ever get to see Bianca in person. She’s like a passing mist, that wafts in and disappears just as quickly as she appeared. As soon as you think Bianca will be around for a while, that’s as soon as she disappears. And as far as we know, she hasn’t attended one event on the City Surf Series calendar. That’s all about to change at the SA Open of Surfing. Bianca will actually (touch wood) be in attendance! And if you don’t believe us, have yourself a gander at the heat draw. Buckle up baby, that backhand whip is dangerous as a reckless drunk behind the wheel of a BMW M5.

This just in, James Brown has changed the lyrics of his song, ‘It’s A Man’s World’, to ‘It’s a Women’s World’. Jokes, he hasn’t, James Brown is dead baby. But this weekend, in Nelson Mandela Bay, it’s going to be a women’s world. There are 78 women competing in the Volkswagen SA Open of Surfing for the coveted and valuable 3000 QS points. Most of them are not from South Africa, in fact 80% of the ladies are from abroad. And isn’t it a welcome pleasure to see an event dominated my women for a change? 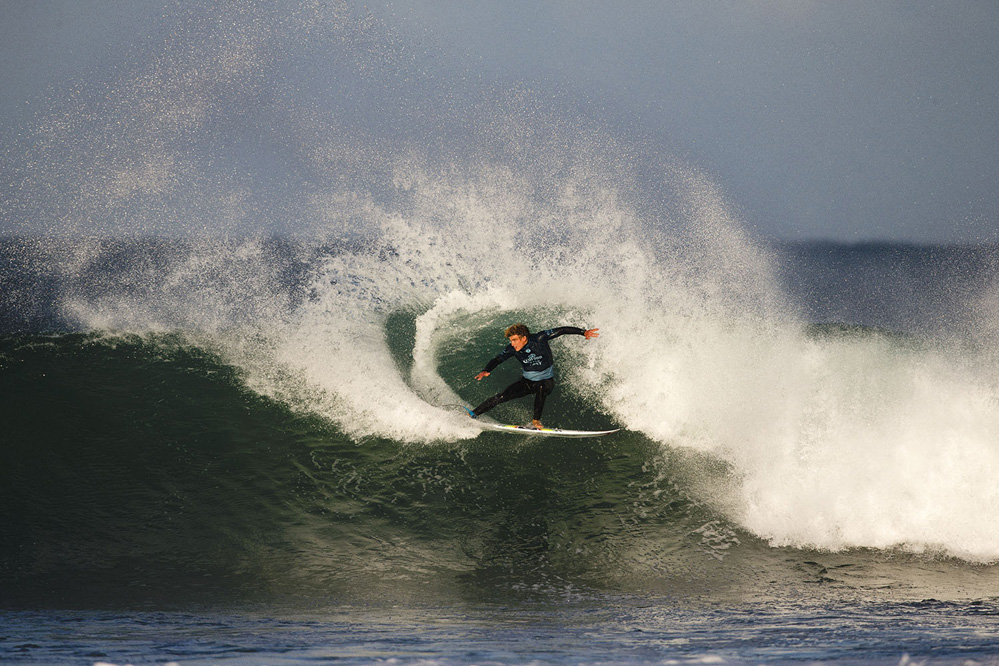 The Battle for the Wildcard.

Let the battle for the J-bay Wildcard commence! Don’t ask us exactly how the recipient of the wildcard is decided on. Some say the card is awarded to the highest-rated South African QS surfer before the start of the Ballito Pro, others say it’s awarded after the Ballito Pro and some say WSL Africa uses a complex mathematical formula conjured up by Elon Musk himself to decide who gets the J-bay Open Wildcard. Considering our ignorance regarding the matter, all we know is that the best way to deal with the situation is to throw the kitchen sink at every QS you enter. At the moment, Matty Mc G is the highest-rated South African on the QS, ranked 36th. Dylan Lightfoot and his two QS victories are hot on his heels at 39th and gnashing at the heels of Dylan lies the ferocious Adin Masencamp – two places behind Dylan. It will be a race to the finish! But anything can happen, especially considering the Ballito Pro is a QS 10 000. Hell, Beyrick De Vries could get on a roll and overtake those three in a blink of an eye. So as much as we’ve just said, we’ve pretty much said nothing, best you follow the proceedings yourself.

Swell forecast – not too bad.

The Pipeline locals always mention how they once caught a wave all the way from Rincon and pulled out past the Pipe. Here at the Zag, we can’t verify whether that’s fact or fiction, although we’re leaning more towards Pinocchio’s nose growing rather large or Trump campaigning #FakeNews. Regardless, whether true or false, waves like that in PE do occur, once in a blue moon. And that brings us in a very much roundabout manner to the original point: Pipeline struggles for swell. Whether you’re having an Eastern Province trial or a QS 3000 event, best you get down on one knee before the wave gods, hands clasped tight and pray. Luckily for us, longtime local Carpark John must’ve lit some incense, bowed the head and let out a holy howl cause the forecast ain’t looking so bad. But if you know Pipeline, the wave is an enigma and it’s best you prepare for anything, regardless of forecasts.