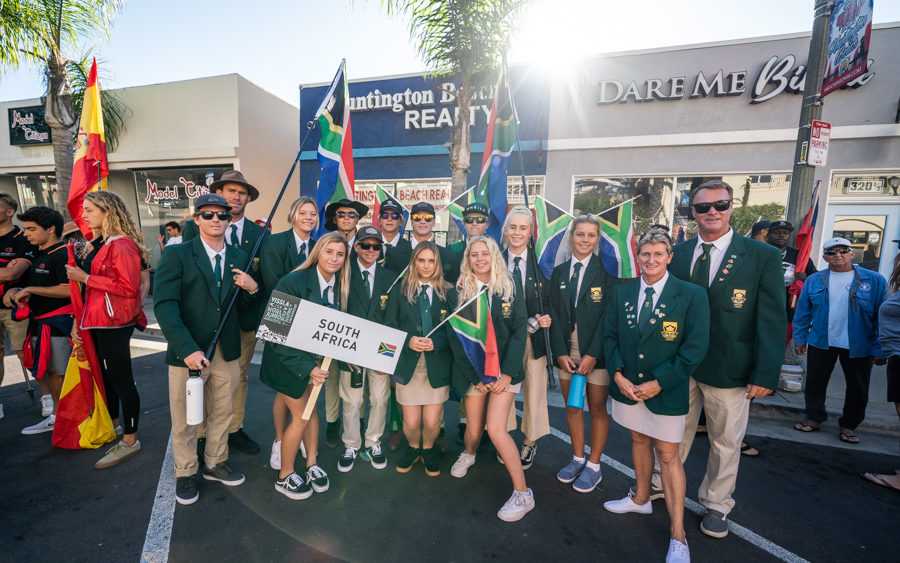 What a fantastic two months it has been thus far. The Bokke won the Rugby World Cup, Moody’s didn’t downgrade us to junk status – thank the pope, Davey won in Hawaii, Matty McG is a medium length chest hair away from CT qualification and Jordy Smith is deep in the hunt for his maiden world title. Dive in and enjoy all the wonderful things that are happening in the world of surf. The waters are cool and refreshing and unlike politics, there ain’t a piece of bad news insight. 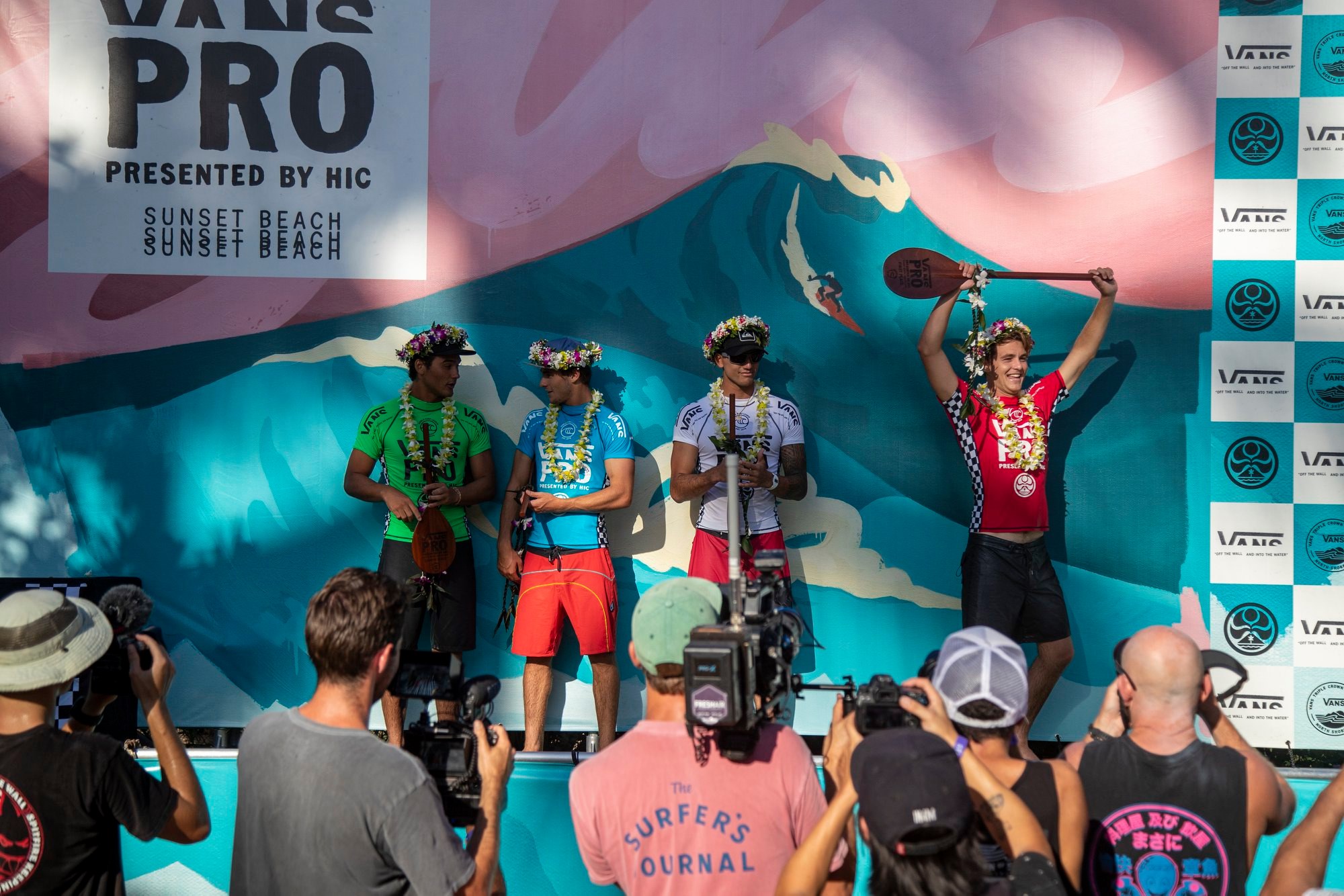 When the waves get big. When your well-being is at risk. When it’s 6ft plus and the barrels open up wide as log cabins. That’s when the men are separated from the boys. The groms from the non-grom. The dabblers from the committed. You can see who wants it. Look into someone’s eyes, deep into their soul and you’ll know whether he has the fire. Burning deep within. No matter what mother nature serves up, he’s turning and going. Davey van Zyl definitely has the fire. When the waves grow overhead, Davey froths at the mouth like a rabid donkey. And lord knows Sunset Beach loves nothing more than a maxing swell. The first couple of days of the Vans Pro presented by HIC were absolutely huge. Maxing. But Davey handled it all in his stride. Laying down a number of gorgeous carves. Stylishly threading complex Sunset barrels and sticking his board in the lip when the wave growled with fury.

Davey took out a stacked field of Hawaiians at the opening event of the Hawaiian Season; the Vans Pro presented by HIC to become the first international to win the event. In his quarterfinal heat against fellow Saffa, Matty Mc G, as the heat counted down. 30 seconds remaining, DVZ paddled into a last-ditch effort. The lip snarling at him like a malevolent leviathan from the depths of the dark ocean. But Davey, with no regard for life or limb, cracked the lip of a 10 footer, free fell 6 feet into the trough of the wave and subsequently landed one of the best single manoeuvres of the event. The judges, thrilled, awarded him an 8.00 for one turn. And that was just the momentum swing Davey needed to win the entire event. 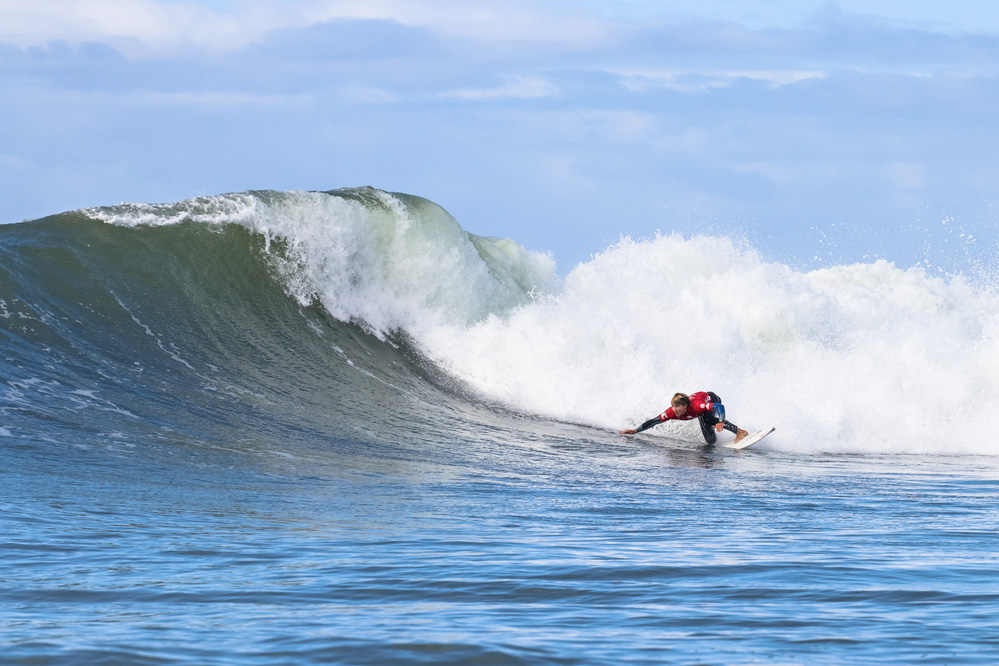 Matty McG – a chest hair away from qualification

The Big McG currently lies 14th on the Q. That’s 3 places outside of CT qualification. He’s had two back to back results at the two QS10 000s in Europe. A 5th place at the ABANCA Galicia Classic Surf Pro in Spain and another 5th place at EDP Billabong Pro Ericeira in Portugal. The final two events of the season, the Hawaiian Pro at Haleiwa and the Vans World Cup at Sunset Beach are both QS10 000 which means there’s going to be a major shakeup before the fat lady plays the ukulele. People, e.g. Dusty Payne has been known to qualify for the Championship Tour (almost) solely on the basis of those two final events.

There’s no doubt, McG has his work cut out for him. But damn the man shreeeeds in Hawaii. And he looks more comfortable in the heaving surf offered by Hawaii than a fat man watching a cheap sitcom eating a juicy chocolate donut on his mamma’s couch. So get behind your boy! Matty McG is a medium length chest hair away from qualification and we hope he freakin throws the kitchen sink at it. #McGForTheCT 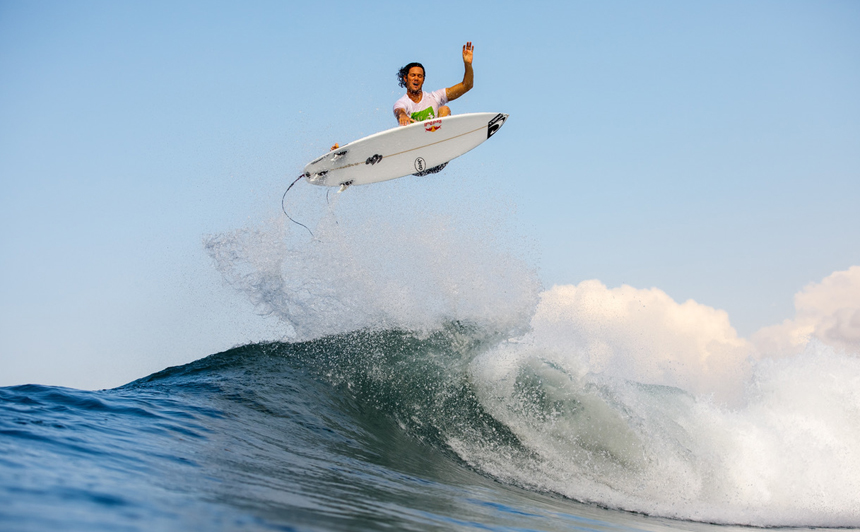 Jordy Smith – An African in the title race

My wife and I recently enjoyed a wonderful trip to France. We planned it so that we would (hopefully) catch the back end of the Quiksilver Pro France. From Berlin, we made our way to Hossegor. Up at 4.30 am. Two rolling bags, two backpacks and a bag of surfboards. In the freezing cold and rain, we trudged a kilometer to the underground train station. We took a train to the bus station and a bus to Berlin airport. Hauling surfboards and bags through peak traffic, Germans awarding us stink eye as they avoided our knot of baggage on the public. A connecting flight via Brussels to arrive in Bourdeaux. From Bourdeaux, we lugged our luggage to the bus stop. Took a bus to a regional train and a train to Hossegor where Shannon (the commentator) and her beautiful husband, Aaron kindly picked us up. It was a damn mission.

10 hours of traveling. Nevertheless, we arrived in France to support our boy Jords. At the sparrow’s fart, we awoke and walked to the contest site only to witness Jords being spanked by Jeremy Flores in the opening heat of the morning. My dreams of carrying Jordy up the beach, Saffa flag draped over my chest, utterly dashed. Dashed and trashed. Traveled half way around the globe spending my useless Zuma trashed rands and for what? But Jordy made up for his early loss in France with a wonderful second place in Portugal! How was that full rotation against Kanoa? Insane! Heading into Pipe, this is the closest Jordy’s been to winning a world title. And it’s time we get behind our boy. #JordsForTheTitle 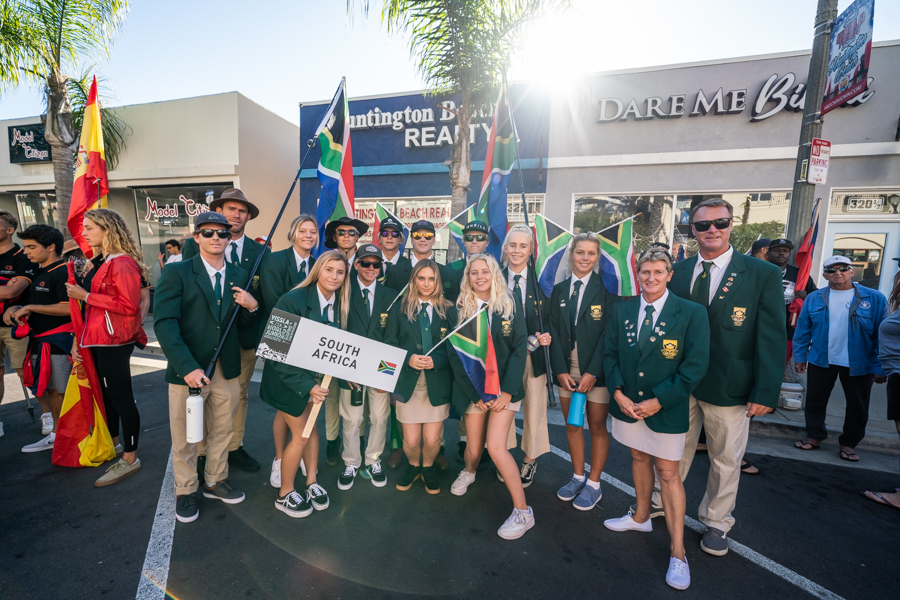 I’ll be honest, I didn’t watch much of this event. For a number of reasons which I’ll expand on here. Number one: in order to navigate the ISA website one needs a doctorate which I don’t have. Number two: There are so many different heats being surfed that it’s hard to know and plan your time around when a South African is actually in the water. Number three: the waves at Huntington Beach are generally straight-up terrible. Like we don’t actually get waves like that in South Africa. Maybe the Pipe in PE does, but generally, South Africa cooks. And four: You’ll often see only like 2 sets in a 20-minute heat with four guys in a heat. Can that even be classified as surfing?

It’s more like a game of ‘hide and seek’. The good waves hide and you seek them out. Anyway. I digress. Overall team SA was just able to break into the top 10 finishing 9th overall, with a few standout performances along the way, in particular, Dan Emslie who went on an absolute tear! Every Instagram story of team coach, Chris Bond, featured Dan Emslie going berserk. Landing some juicy tail high air reverses and just generally shredding. Dan placed 5th overall at the ISA Games, the highest out of all the South Africans and an excellent showing for his first-ever representation of the republic. Well done team and well done Dan, onwards and upwards as they say.