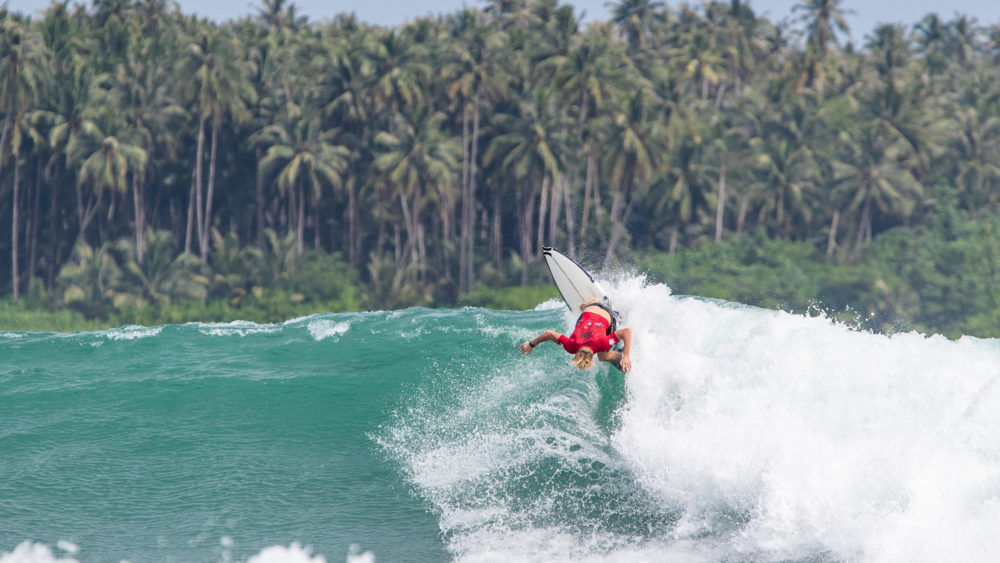 It’s been a great past week and a bit for us South African’s – in terms of surfing that is. As the world falls apart around us, gender-based violence at an all-time high, criminals running the government, who the hell’s even gone to jail? At least we’ve had a brilliant couple weeks in surfy land. After the bloodbath that was the US Open of Surfing, the South African’s made a tremendous comeback. Great results streaming in from all corners of the globe. Come on baby! So instead of sharing fear on Facebook, dive in right here. The waters are cool, refreshing and sweet. 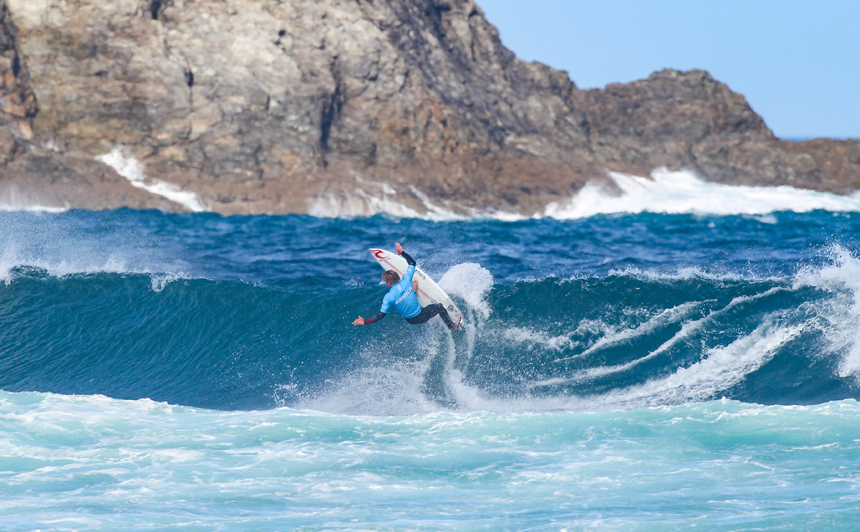 Getting anywhere in a QS10 000 is worthy of celebration. Making the quarterfinals, let’s take out that champaign from the ice bucket and pop that thing like it’s hot. Not the most expensive French champaign, he didn’t win the event, but he did well, so we’ll pop the medium-priced South African champaign. McG went on a tear at the ABANCA Galicia Classic Surf Pro. From his first heat in round 2 of the event, it looked like Matt was hungry. Like a starved hyena prowling the Savannah in search of something, anything to satisfy his appetite, Matty McG looked dangerous.

The waves in Galacia were volatile, going from 1 to 2-foot slop to 6 foot in one day. From fresh breezy offshore to howling side shore complimented by huge tidal gaps. But regardless Matty excelled in everything Galatia threw at him. As mentioned, Matty McG finished with a quarterfinal result and 5200 points, rocketing him up the QS rankings to a very respectable 23rd position. And if that wasn’t enough, that same week, Stab published an edit of Matty going ham in J-Bay and they called him “South Africa’s Next Tour Surfer.”

There are a handful more QS10 000 left in the year, so let’s get behind our boy Matty McG! 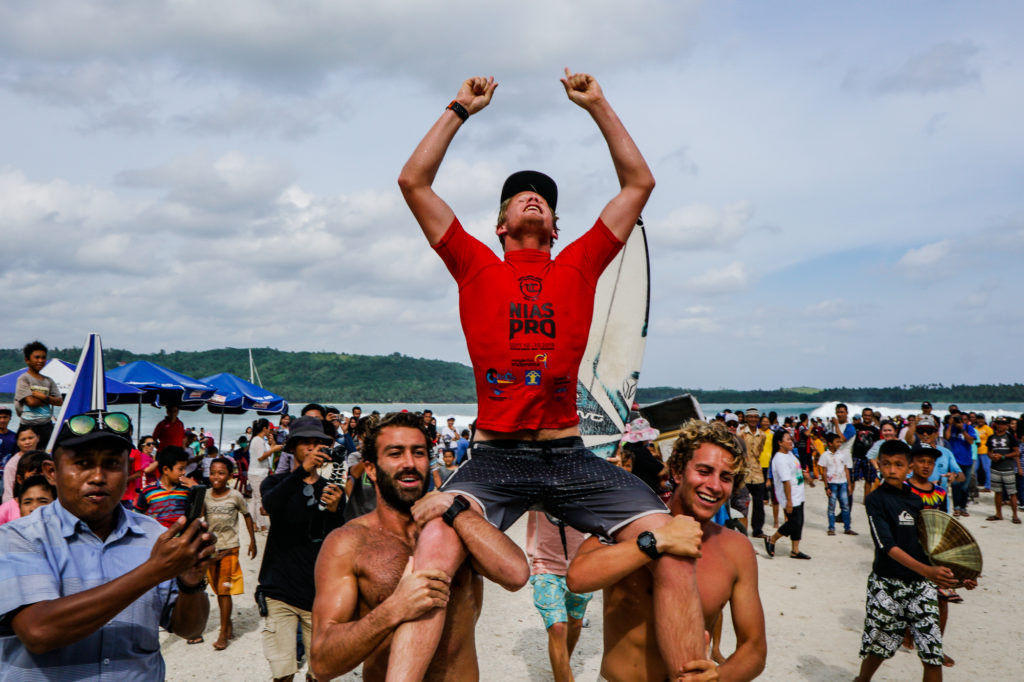 Last year Zigzag hired me to cover the entire City Surf Series in South Africa. So I went from one event to the next writing about the event’s standout surfers. In 2018 Jordy Maree did exceptionally well if I’m not mistaken he won one event and was a runner up in another. I was highly impressed with his backhand attack! It was sharp, electric and clinical. I was excited to witness Maree in the Ballito Pro – to see how his backhand held up against the top 100 in the world. Truth be told, in 2018, Maree didn’t do so well in Ballito. When it comes to QS10 000s, you have one chance to bring your A-game and if you don’t, chances are, you’ll be knocked down like an inexperienced heavyweight boxer. Straight onto the canvas. As the referee counts your broke ass out of the competition.

At the Nias Pro, Jordy Maree showed the world just how good that backhand is! Deep bottom turns to under-the-lip hooks. It was a masterful display of world-class surfing. In Jordy’s final heat against Shaun Burns, Shaun had Jordy up against the ropes needing a big score. Under priority Jordy found a double-up drainer – and if you’ve ever surfed with Jordy, you’ll know, he’s a master at sneaking around the lineup like a sneaky snake finding waves you don’t even see. And while Skip McCullum (who was in the commentator’s booth at the time) vomiting praise all over his Californian mate Shaun Burns, Jordy went ham on a double up. Check carve, to huge under-the-lip gouge straight into a massive fins free off-the-lip to fist up in celebration. The judges tripped and awarded Maree with an 8.93 and the event win.

Jordy’s off to Arugam Bay, Sri Lanka for the So Sri Lanka Pro, another QS 3000 event. Go hard Jords and bring home the win baby! 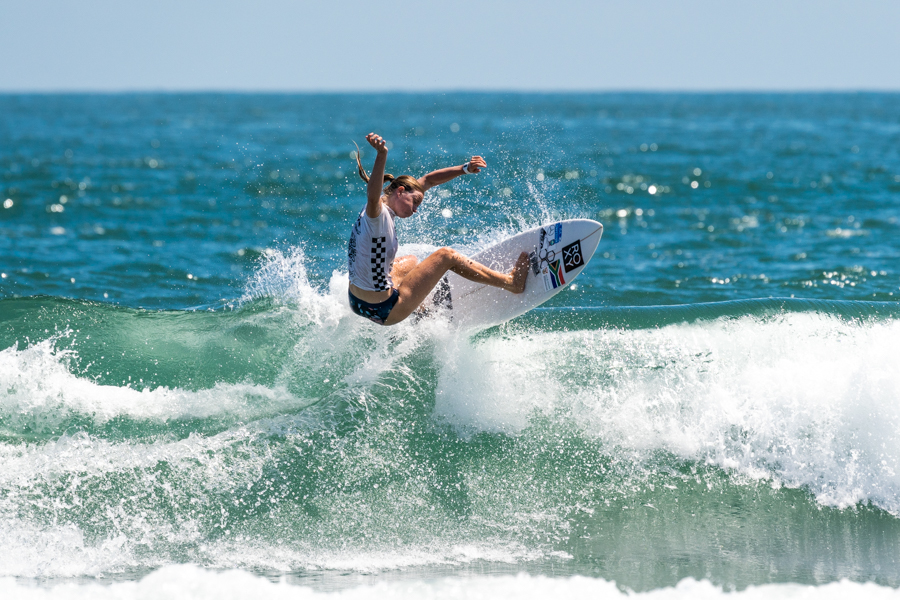 To be honest, I watched very little of the ISA World Games, for several highly valid reasons.

Reason number one: You require a doctorate to understand the ISA website. You incur a headache as soon as the website loads due to all the information being thrown at you. It’s like eating an intensely sweet chocolate cake. Instant diabetes. Then there’re different beaches and podiums and stages and repo charge rounds. It’s mayhem up in there.

Reason number two: The waves were trash. And the cameramen weren’t too good either. Imagine watching 1-foot slop with a cameraman panning around like a madman on tik. It’s a recipe for a headache. Someone get me a Panado.

Reason number three: There are like a billion heats going on. Trying to time the heat you actually want to watch is like trying to time the lip at Muizenberg. Not going to happen. So alas, along with the rest of the country, except like maybe the competitor’s parents, I missed all heats. But my heart was pure and I still wished the best for them.

Anyway, Bianca went on a tear, placed 3rd and South Africa finished 5th overall. Which is sick as. I mean, we were beaten by Peru which sucks, but we also finished ahead of Australia, which is something to crack some beers over. Maybe even a crafty. 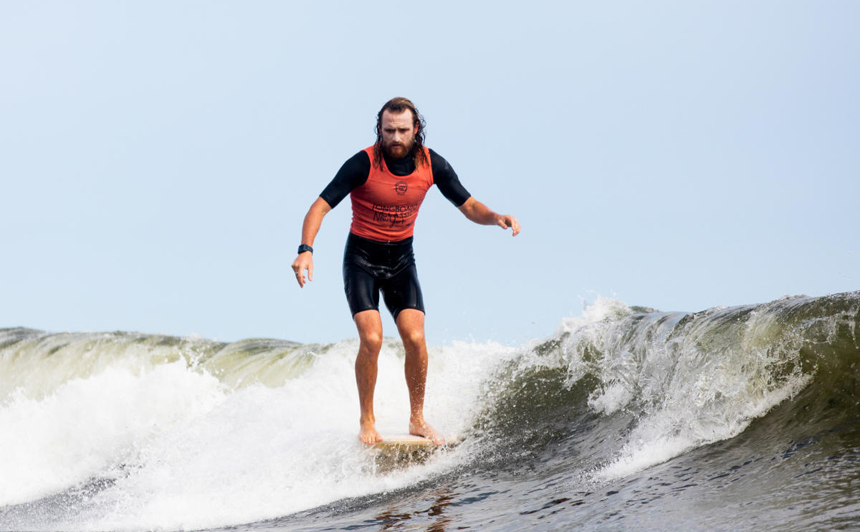 Steven Sawyer was born to longboard. His footwork, his style, his turns it’s all so pleasant to the eye. So beautiful. Once again Steven Sawyer has surfed his way to another superb result at the Longboard Classic New York. Steven had some of the highest heat score totals and was a standout from the earlier rounds all the way till he was knocked out by eventual winner, Kaniela Stewart of Hawaii.

Steven Sawyer currently lies third on the Men’s Longboard Tour rankings. The final event of the year, the Taiwan Open World Longboard Champs is due to start December 1st and Steven enters the event as the reigning champion. So be sure to tune in, as Steven is a chest hair away from acquiring his second consecutive longboard world title. 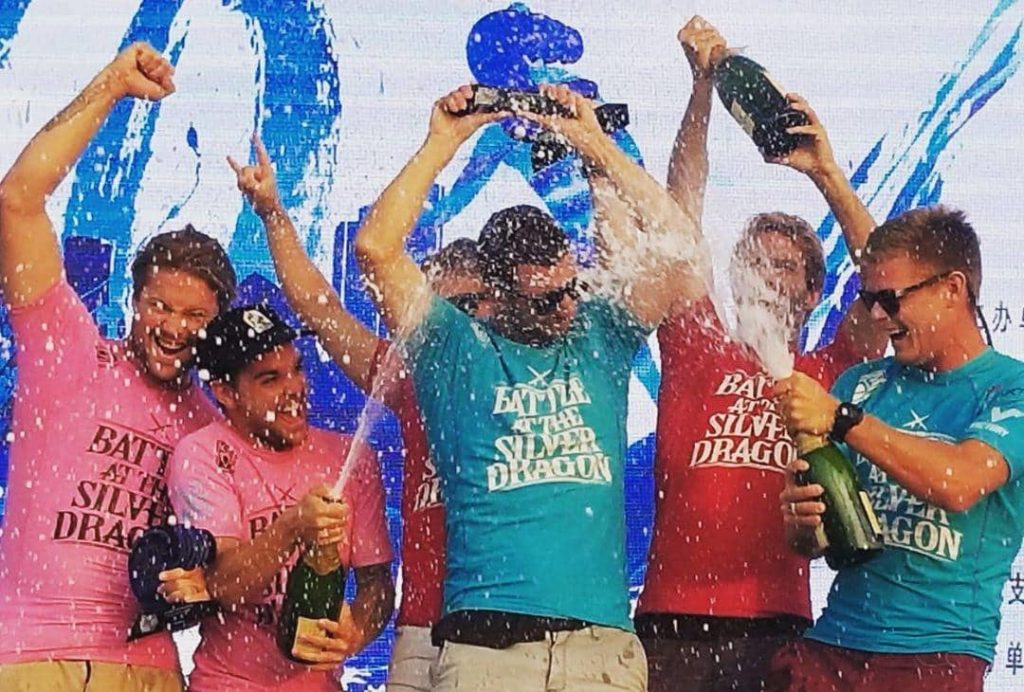 The rising tide coming in from Hangzhou Bay is funneled by the shape of the Qiantang River into the world’s largest tidal bore, a long breaking wave known as the Silver Dragon which sometimes reaches 30 feet and can reach speeds of up to 40 kmph. The bore is first seen as a distant sliver of silver far out on the horizon. Then the rushing sound of water, as if a waterfall just got plugged into the aux cable comes next.

Sounds terrifying, not to Dale Staples & Shaun Payne, this years winning pair of the Silver Dragon Shootout 2019. Honestly though, what business do they have surfing such a beast? It may be a complete novelty event, but it seems tailored for the dynamic saffa due. Whatevs, we love it. Saffas taking names across the globe, one way. LOVE IT.