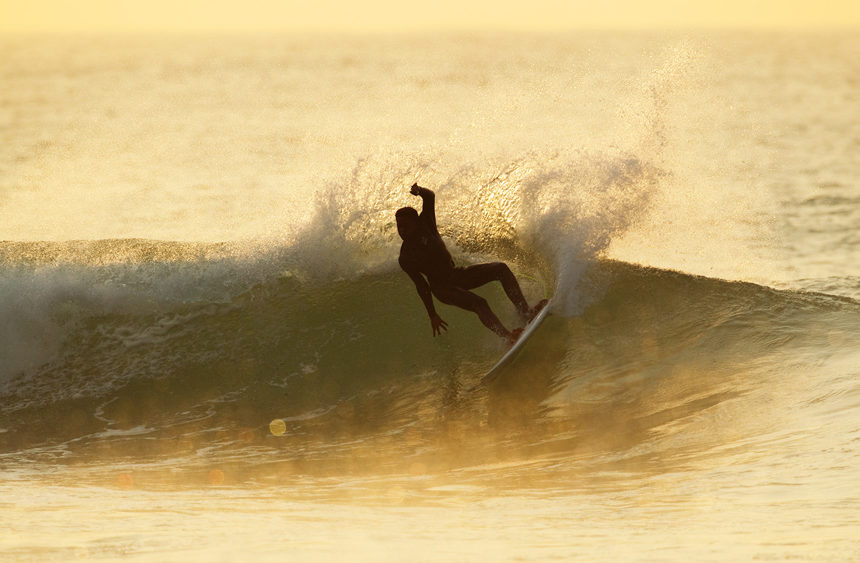 If you haven’t seen Ntando Msibi (and his trademark smile) shredding between the Durban piers lately, it’s because he has been touring the world and rubbing shoulders with luminaries of the sport and that Prince Harry guy. Not bad for a former street kid armed with a killer backhand and a grin that earned him the nickname, ‘Biggy Smiles’. Through his work as a Surfers Not Street Children ambassador, Ntando has spent the last five months cruising the globe (from the UK to Japan and California), gathering experiences and working on his pro surfing career. 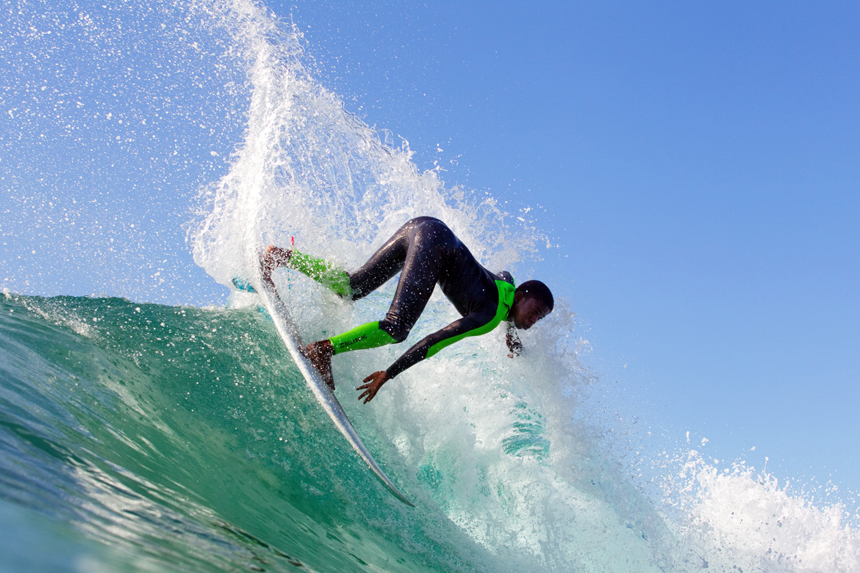 At the same time his  miraculous story continues to inspire. Ntando has made a name for himself on the local Junior surf scene and has represented South African at the World Games multiple times and with this kind of input and experience, we here at the Zag can’t wait to see where his surfing takes him. We asked the Surfers Not Street Children director, Tom Hewitt, to give us the run down on Ntando’s travel plans and mission: 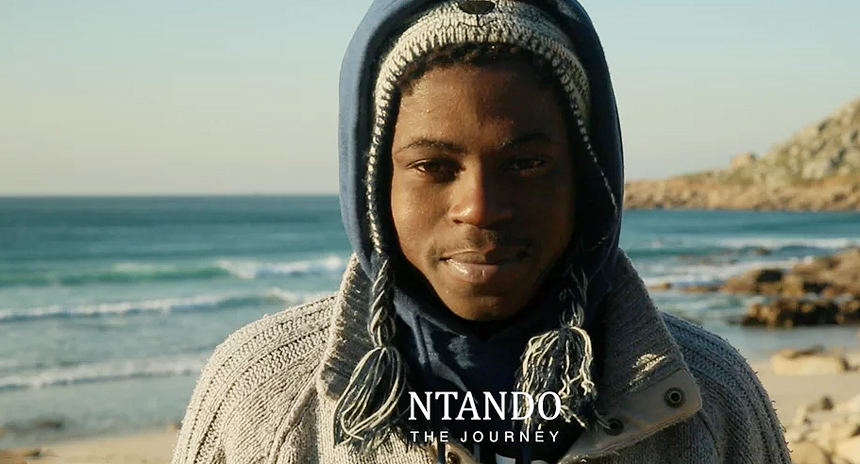 “Ntando first spent time in Japan with Gass Rooibos Tea (supporters of Surfers Not Street Children) and scored really good surf. He then went on to spend nearly three months in Croyde in the UK where he traveled between Cornwall and North Devon to surf. Biggy even charmed Surfers Not Street Children supporter, Prince Harry with a casual, friendly visit in Kensington Palace (no biggy!) Along the way Ntando picked up a new sponsor called Dry Robe.” 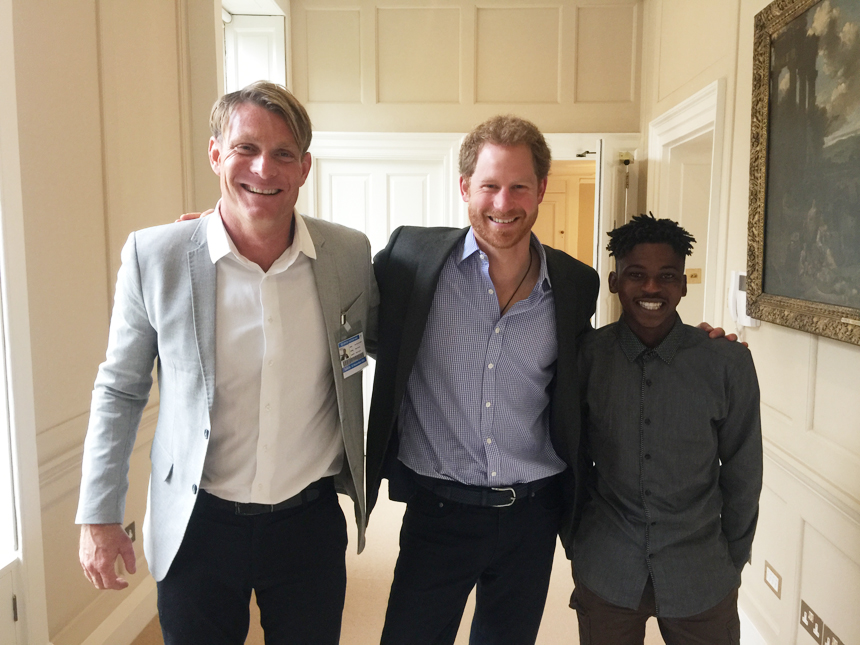 The Prince and I. When Biggy met Harry. Image supplied.

“From there he has flown to Southern California where he has been competing and meeting with his existing sponsors and potential new sponsors. With such an infectious personality and inspiring story it was no surprise when Biggy was soon hanging out with Rob Machado at Seaside Reef in San Diego. And he’s set to be connecting with top dogs like Damien Fahrenfort, Sal Masekela and Nate Yeomans whilst there.” 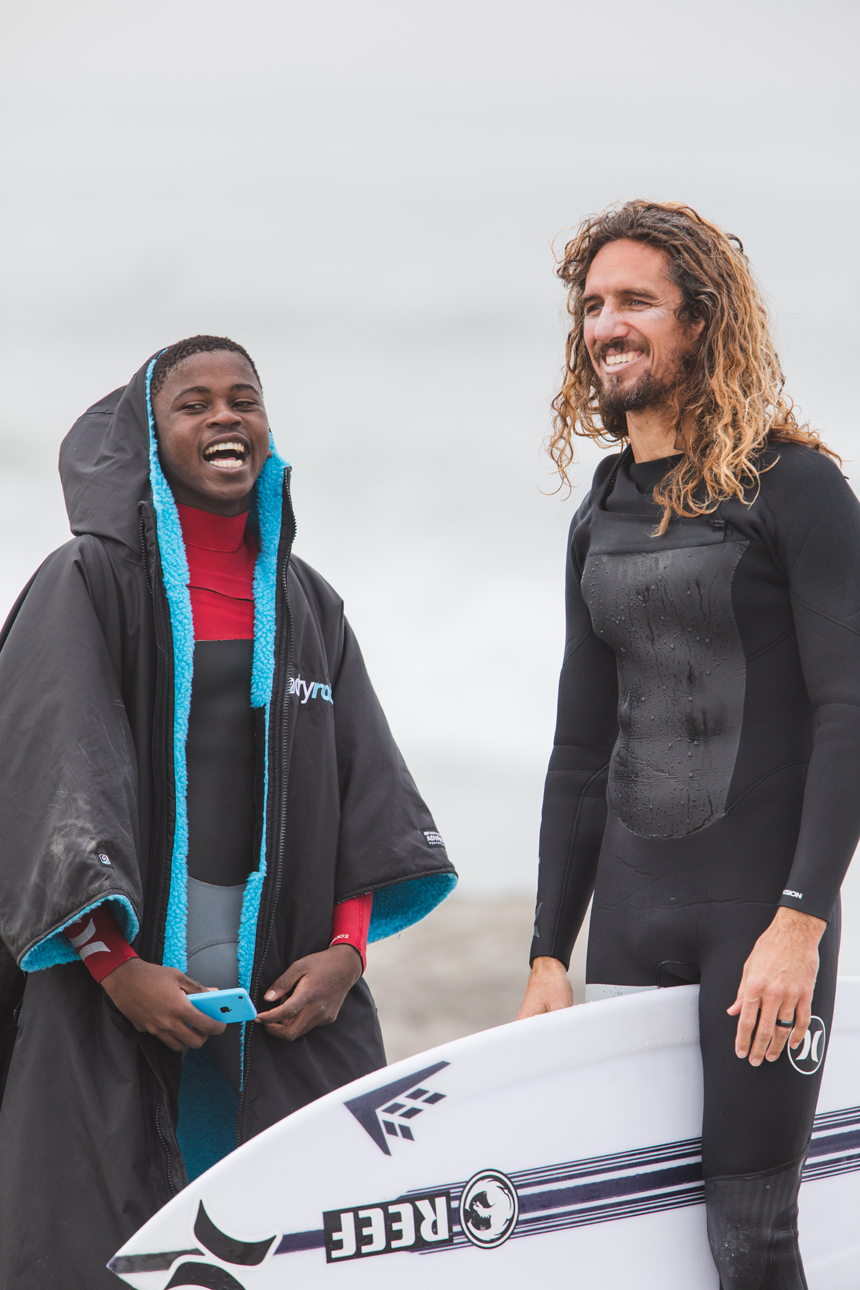 “Ntando’s plan for 2017 is to keep traveling  developing his career and dropping back into SA periodically to check in and surf the occasional contest. Along the way he promotes the work of Surfers Not Street Children in Durban.” Says Tom. “He will be visiting Hawaii and possibly Australia too. This past weekend (18th February) he took 2nd place in the WSA Championship Tour Event #7 at Huntington Beach.” 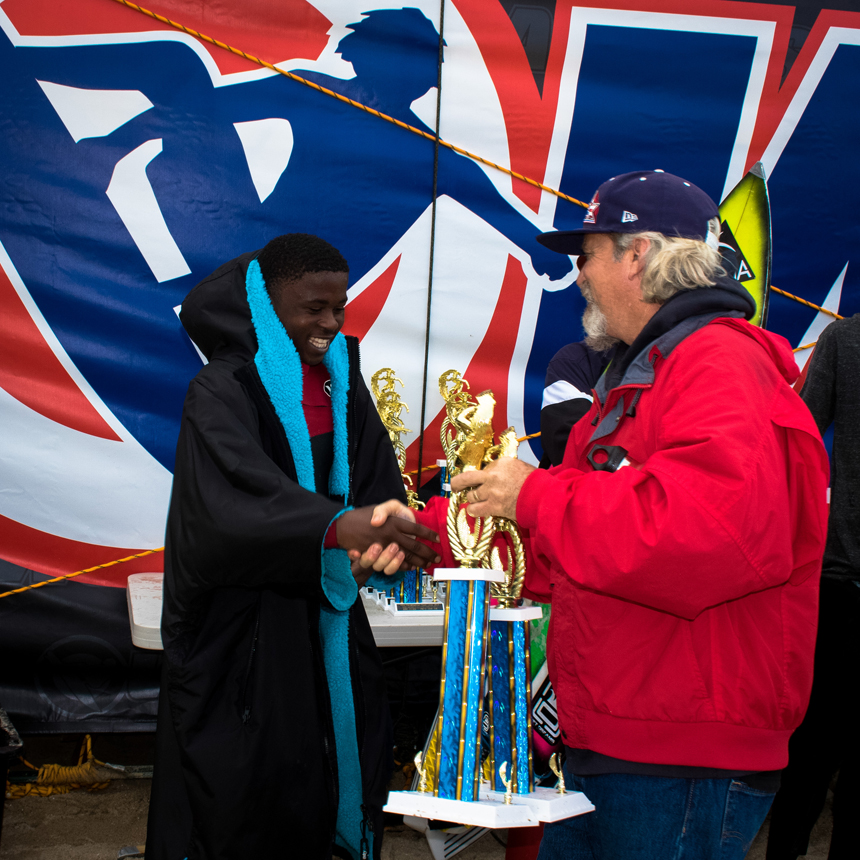 It has only just begin for Biggy Smiles. Follow his journey in this epic video of Ntando’s overseas adventures as he surfs insane waves and shares his thoughts along the way. Keep going, Biggy! We know you can inspire the masses.

NTANDO | The Journey: PART 1 from Ruwac Productions on Vimeo.