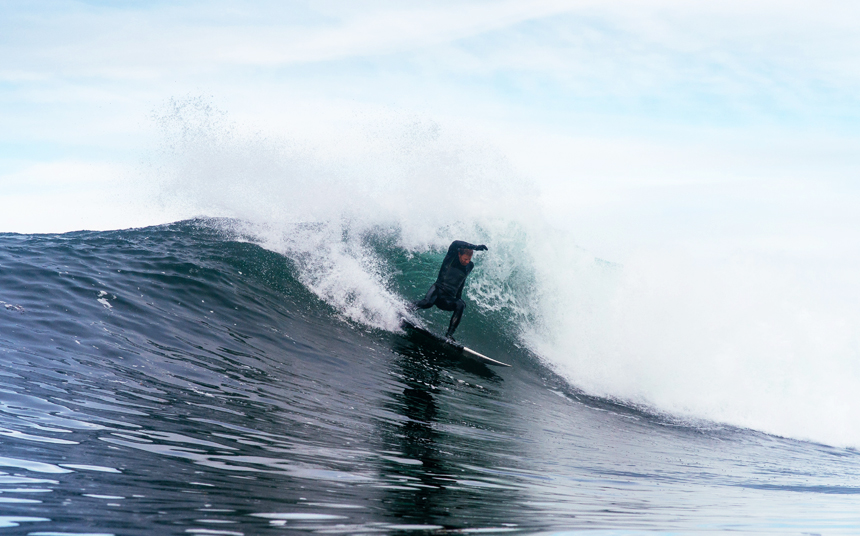 The surf community’s insatiable desire for undiscovered waves has pushed them to the far corners of the earth – as far as the mysterious Arctic Circle. As seen in Rip Curl’s ‘The Search’ trip where Mason Ho and Mick Fanning surfed in the frozen North.

JBay local, dual shark attack survivor, and surf coach, Shannon Ainslie has been in Norway for months at a time over the past few years and his Instagram told us that he’s been scoring some amazing waves. So we called Shannon up to find out more about Norway’s waves, fjords and if it’s really worth the brain freeze…

All Images By: Hallvard Kolltveit 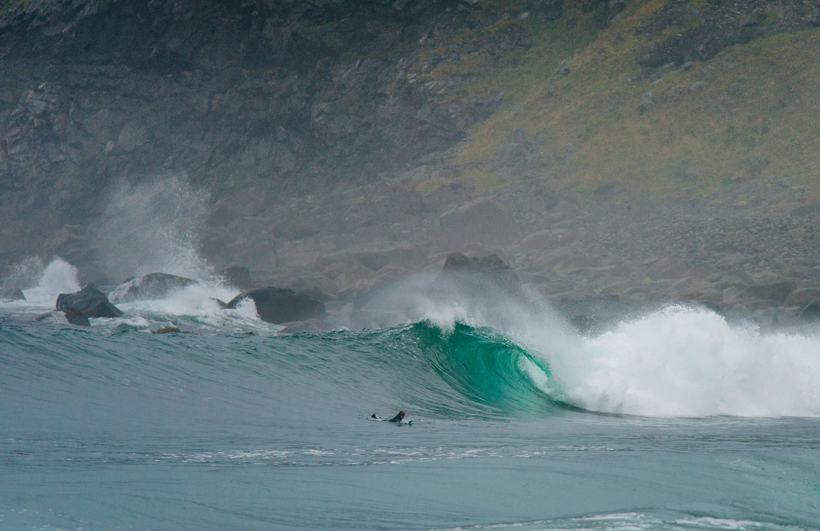 Shannon sets himself up for an ice cold peeler. © Hallvard Kolltveit

What brought you to Norway in the first place?

Norway is the last place I would expect to end up in, but after many years of coaching and running a business in Jeffreys Bay it seemed like not many doors were opening nationally. Kristian Breivik (who I work with in Norway) was the one who got me to Norway in the first place. I love surfing, surf coaching and travelling and it seemed like the doors in Norway opened to do all of the above and it comes with good benefits! I’ve been working with some of the junior Norwegian team, took them to their first ever European surf champs and have been helping with developing surfing through some schools. Absolutely loving it!

How would you describe the environment?

Norway consists of many mountain ranges, loads of fjords, rivers, lakes with plenty of rain and extreme weather. I work above the Arctic Circle in the Lofoten Islands. It is raw and very undiscovered and open to a lot of swell from the North Sea. The days are long in the summer and short and dark in the winter. 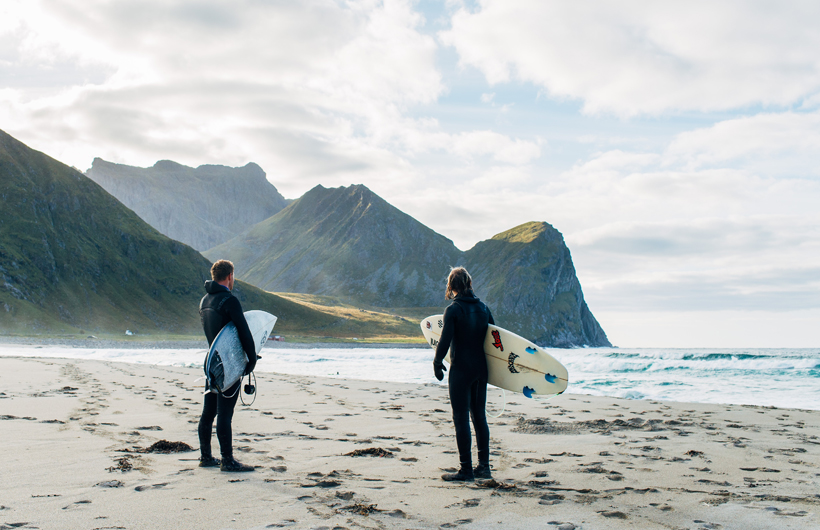 Tell us about the waves?

Unstad beach has a world class left, a world class right and then a super fun beach break. It’s the most consistent spot in Norway.

The summer is small and inconsistent but this year has been good. I think there were maybe 10 days in total that were too small this season. The fall was epic with good waves everyday. I’ve been here for five months and think there have been about 10 days that have been unsurfable, besides that it has been very consistent and fun. There are other areas close by that people have discovered which are also good waves, so when it’s big and onshore here we just take the drive and surf epic waves somewhere else! 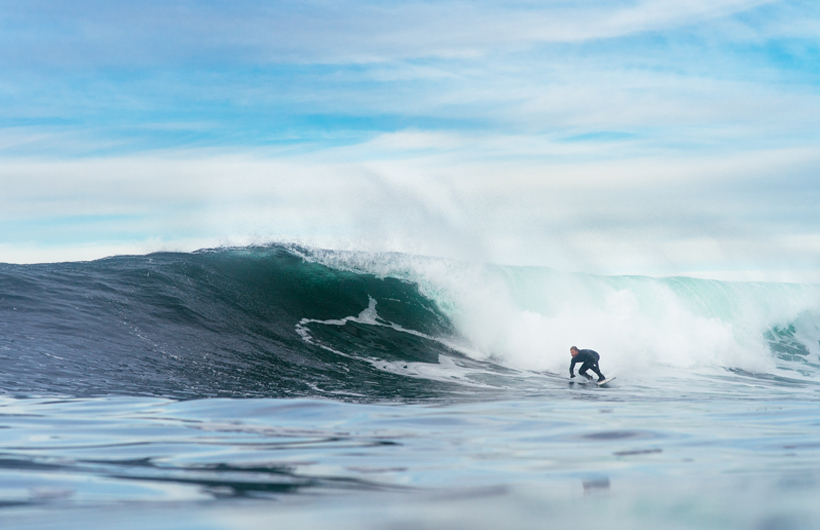 Shannon on a right-hander akin to JBay walls. © Hallvard Kolltveit

How cold is it?

Are there any crowds?

These days it’s getting popular to surf in the Arctics, and with surfing being a new growing sport sometimes on the busiest days there could be about 50 people in the water at a given time. 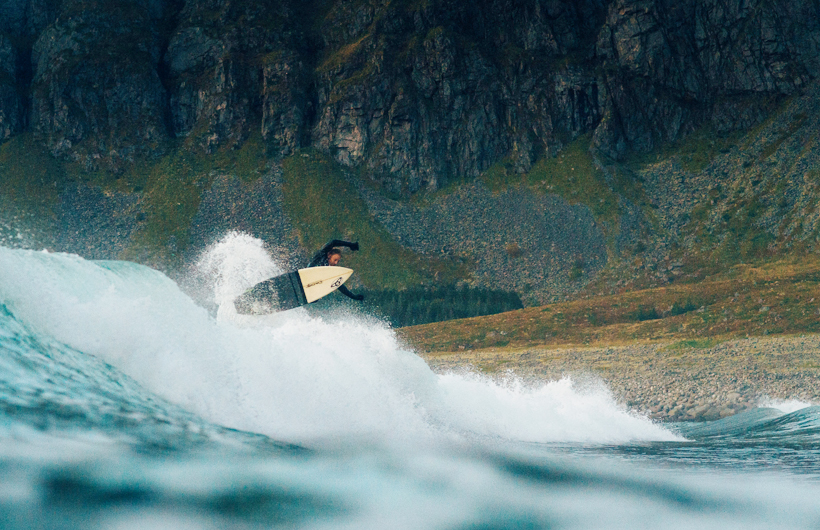 Your best session there?

Surfing the right with just a handful of people out getting 10 second barrels and surfing the waves all the way to the beach.

Stavanger has more of a surf culture because it’s a city so there are more people there. Up here it’s still growing, but I’d say the surf culture is brewing fast! There are a few surf gap year programs, a bunch of surf clubs and a couple of surf contests each year. I think the biggest need for the surf culture is development with kids! 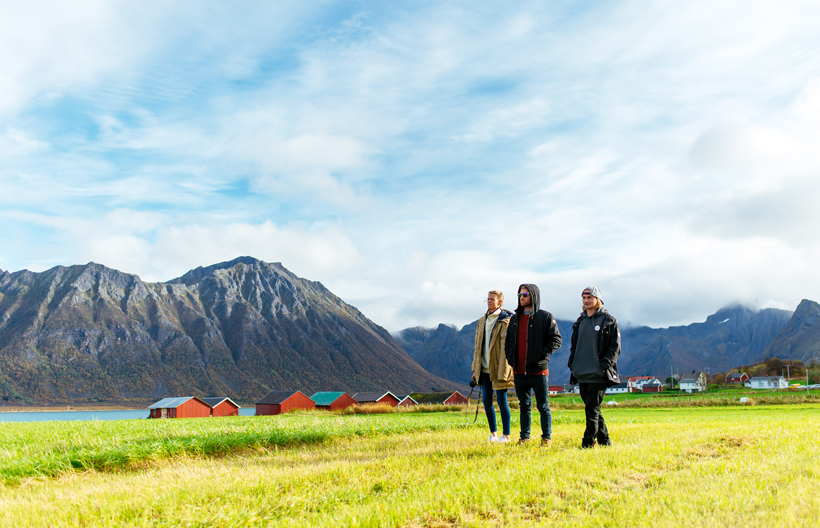 Would you recommend Norway as a surf destination to your friends?

For sure! If people don’t mind a lot of rubber and the cold then it’s a great destination.

Most unusual thing about Norway?

It’s between the sheep that climb mountains or the fact that hunting and eating whale is legal. 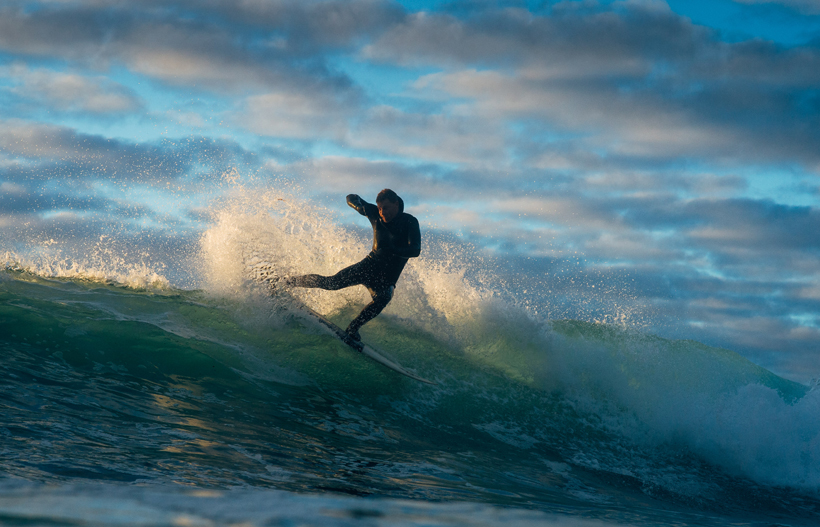 What’s the best thing about Norway?

Best thing is surfing under the midnight sun with 24 hour long days!

Worst thing is the darkness in the fall and winter, although seeing the Northern lights during that time is mesmerising and worth it!

Spotted a Narwhal in the line up?