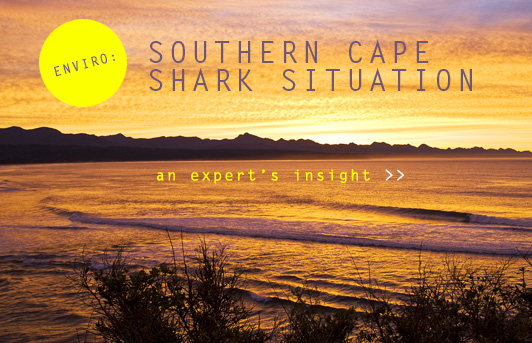 Following the devastating news of two shark attacks in the Southern Cape this past weekend when 23 year-old surfer Dylan Reddering was bitten at Plettenberg Bay and 19-year old Caleb Swanepoel’s right leg was severed the next day in Buffels Bay, Zigzag contacted great white shark expert, Alison Kock for some insight on the situation in the area. 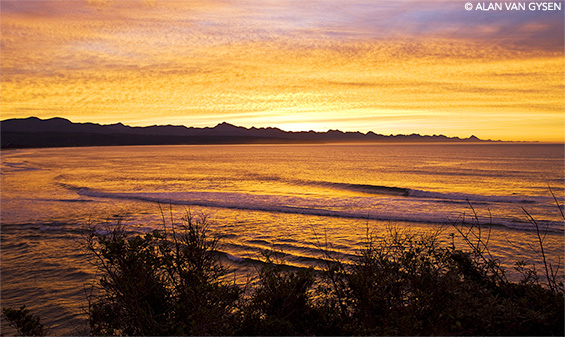 “A double shark incident like this is of course highly unusual, but not unheard of,” said Kock, research manager for the Shark Spotters programme. “For example, in north and south Carolina in the US, they have had seven shark bites in less than two weeks; two on one day.”

“Of course, sharks are always present, but it is likely that there are currently favourable conditions temporarily attracting more sharks to that stretch of coast. On top of which, school holidays means more people in the water, so the combined effect is one of an increase in encounter rate between people and sharks.”

“As you know the sardine run takes place at this time of year, although it normally starts further up the east coast, it is very possible that there is a relationship further south with an increase in prey availability. Certainly, it seems that white sharks and other species have been sighted fairly regularly along the Garden Route over the last few weeks. I do think that given these two incidents and the numerous sightings, that everyone using the ocean should be extra cautious at this time.”

With that in mind, Zigzag then asked Kock whether organisers of the upcoming J-Bay Open, which will be taking place 163km east of Plettenberg Bay, will have extra cause for concern.

“As you know there has been attacks in Jeffreys Bay in June/July,” responded Kock. “However, it is hard to make assessments of risk when not based in the area and not having the most up to date information, and so really it falls onto the local authorities and stakeholders in the area to make the calls. I have spoken to Dr. Malcolm Smale from PE who works on sharks in the area, but he did not have anything extra to add to the above.”

“My suggestion would be to connect with the local authorities, NSRI, local fishermen, etc to get some idea of fish and shark activity. I would also highly recommend that the organisers put an action plan in place for if a shark is spotted or it is determined that there are conditions for higher risk – e.g. loads of bait fish, birds and dolphins sighted. Of course, spotter boats and aerial surveillance would add vigilance and the ability to detect sharks more effectively.” 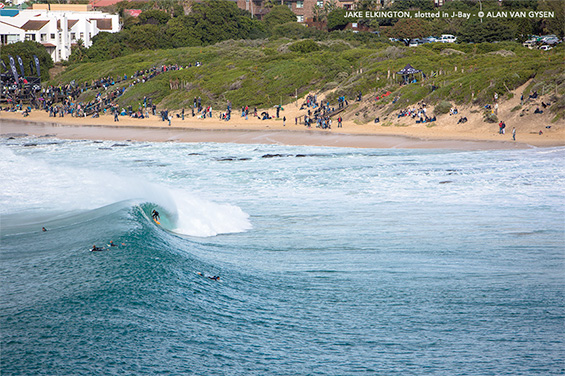 Eyes will not only be on the surfing going down at the J-Bay Open, but on open water too.

Zag contacted the J-Bay Winterfest organisers to see if any additional measures have been put in place to deal with the unlikely event of a shark attack.

Dr Peter Schwartz will be heading up the medical team for the event and has past experience treating shark attack trauma over the past two decades. Schwartz said that as well as the usual precautions, such as a water safety crew in the lineup patrolling the contest area, plus a network of people on the lookout for increased marine activity along the surrounding coast, clearance has also being sought for a chopper to be available in the case of a medical emergency. There are also shark shields available for use should the need arise, and organisers are also looking to add regular aerial patrols to help with spotting any threatening marine activity.

All these measures were already in planning before this weekend’s double shark attack, and not as a result of them. The unfortunate incidents will however have everyone’s eyes peeled a little wider than usual. Please be cautious when surfing in the Southern Cape over the next few weeks. If you spot plenty of diving seabirds and lots of activity in the lineup, then think hard and make an informed decision before entering the water.