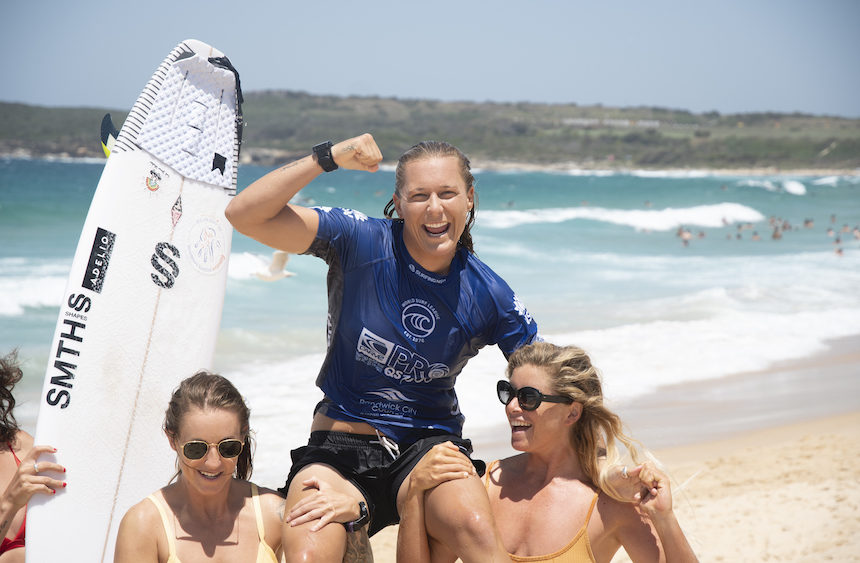 The former Durban local, who is based in Newcastle, NSW, Australia, started her 2020 QS campaign on a high note, claiming victory over Carly Shanahan. Baum struck early in the heat with a decent opening ride of 6.00 points (out of a possible 10). While time was running out, she struggled to find a solid backup score until the last few minutes when she banked a 6.75 ride to gain the upper hand against runner-up Shanahan.

Baum put on the same display of surfing that has seen her win two previous QS events, nailing a handful of traditional snaps and carves to finish the heat with a respectable 12.75 two-wave heat total (out of 20). 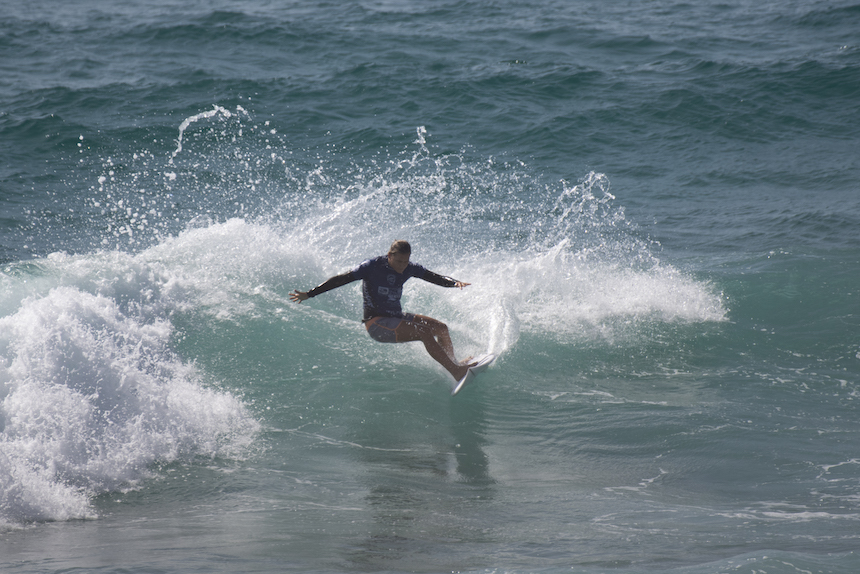 Sarah Baum in the quarterfinals at the 2020 Carve Pro

“This is my third victory on the QS and each one feels better and better. Hopefully, this will give me the momentum to build towards some decent results into the bigger rated events,” said Baum. “My whole tactic out there was to stay busy in the lineup as there were quite a lot of waves that you couldn’t tell if they were going to run or not. The conditions definitely slowed down in the final, but I was lucky to get those two six-point rides that gave me the edge.”

“It was epic to share a heat with Sarah, she’s such a good surfer and has won a handful of QS events in the past, so to share a final with her was awesome.” 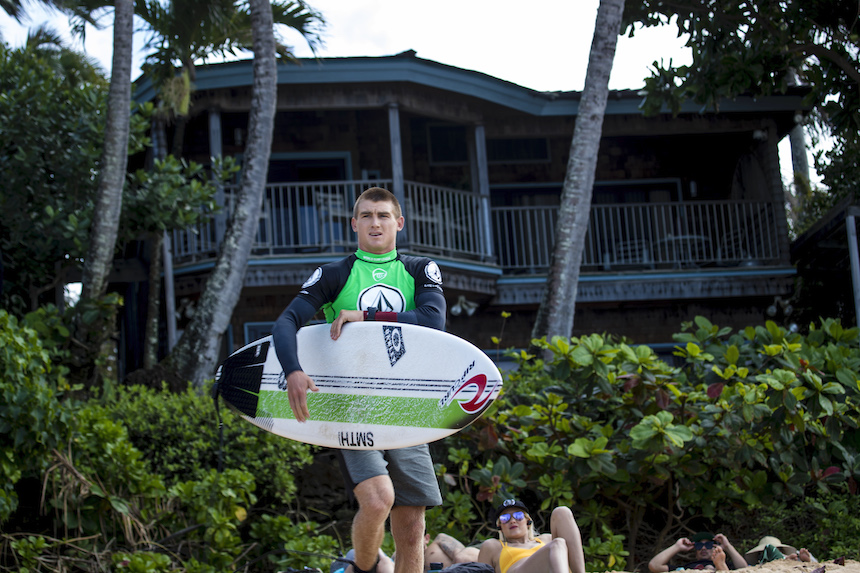 OAHU, UNITED STATES – FEBRUARY 2: Matthew McGillivray of South Africa will surf in the semi finals of the 2020 Volcom Pipe Pro after placing first in quarter final heat 2 on February 2, 2020 at Pipeline in Oahu, Hawaii, United States. (Photo by Tony Heff/WSL via Getty Images)

On the other side of the world in Hawaii, USA, Matthew McGillivray finished Equal 7th in the 2020 Volcom Pipe Pro QS 5,000 at Pipeline in Oahu. The event has been running for 11 consecutive years to provide a premier competitive opportunity to both local and international surfers, along with points, prize money and the rare chance to enjoy peak-season Pipe with only a few others in the lineup.

The Jeffreys Bay surfer, who qualified for this year’s WSL Championship Tour, seemed comfortable in the 1.2 – 1.8 meter (4-6 foot) surf and advanced through to the Quarterfinals, beating Wiggoly Dantas, Evan Geiselman and Eli Hanneman. However, it was Brasil’s Wiggoly Dantas who stole the show in the first Semifinal and unfortunately, McGillivray struggled to find the score he required and was eliminated in Equal 7th place. 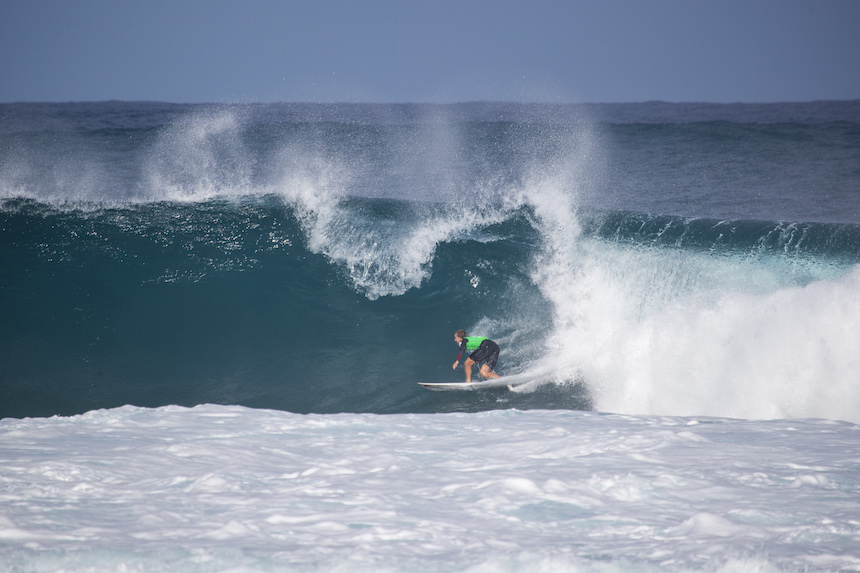 OAHU, UNITED STATES – FEBRUARY 2: Matthew McGillivray of South Africa will surf again in the quarter finals of the 2020 Volcom Pipe Pro after placing second in Round 5 Heat 2 on February 2, 2020 at Pipeline in Oahu, Hawaii, United States. (Photo by Tony Heff/WSL via Getty Images)

McGillivray will now make his way to Australia to join fellow South Africans Beyrick de Vries, Dylan Lightfoot, Jordan Maree, and Slade Prestwich to compete in the first QS Challenger Series for 2020, the Sydney Surf Pro at Manly Beach, where 10,000 points are at stake. It will be a good warmup exercise before he steps into the Championship Tour arena at the Corona Open Gold Coast from 26 March – 5 April.