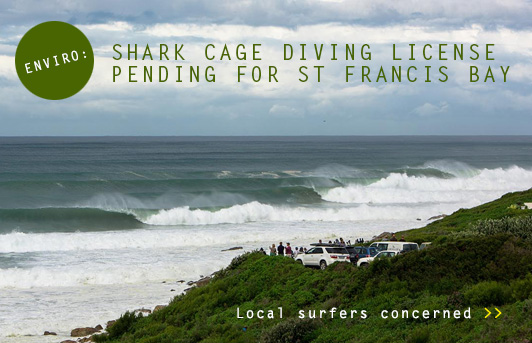 UPDATE: The Department of Environmental affairs released a public statement in response to this on 27 July 2015. The department stated that no such application is been reviewed at present and that Jeffrey’s Bay, St Francis Bay and the Cape St Francis region are not designated for white shark cage diving under the regulations relating to the management of white shark cage diving. The statement did, however, say that new permits will be issued in 2016 and applications for these will be reviewed within the current financial year. Permits are then issued to “any person who…satisfies the criteria and objectives set out in the regulations and policy for the management of white shark cage diving”.
Read the full statement below the original story.

Zigzag has learnt there is an application pending for a shark cage diving operation to set up shop in St Francis Bay, home to a number of popular surf spots, and a petition to stop this has been arranged by the Seal Point Board Riders Club. 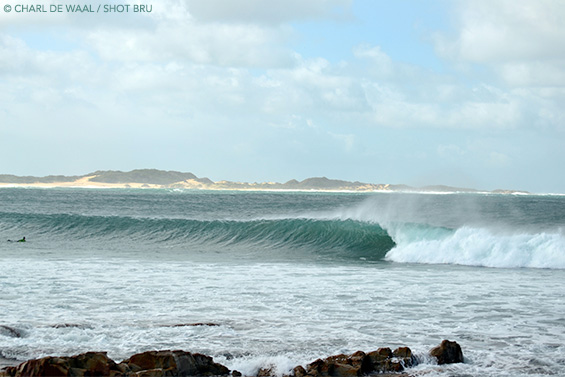 Seal Point lies a few flicks of a shark’s tail around the corner from St Francis Bay.

A prominent businessman from the region has made several public claims that he is submitting an application to gain a permit to run cage diving tours in the area.

Sharks are obviously a concern not only for surfers, but for anyone who uses the ocean frequently. Divers, bathers, paddlers and surfers are all potentially at risk each time they enter the ocean. It’s a risk we all readily accept but many ocean users have mixed feelings when it comes to shark cage diving and, more specifically, chumming.

Cage diving operators point out that the amount of chum used is insignificant when compared to naturally occurring chum slicks (like those found near large colonies of seals). They also point out that chumming takes places where large populations of sharks are already present.

While there is no conclusive scientific evidence that proves chumming is responsible for more shark activity or increases the chance of a shark encounter, many lifelong surfers believe otherwise.

“The potential danger to our lives is the reason we’re opposed to this shark cage diving permit potentially being issued,” said Seal Point Board Riders Chairman Dave Fish. “History suggests that wherever wild animals have been fed it changes their behaviour. For example, take a drive from here to Plett and along the way you see signs on the side of the road warning that you’ll be fined R500 for feeding the baboons. Why? We’ve had two shark attacks in the past month and we do not want more. Between J-Bay, St Francis and Seal Point there are a number of world class waves, and the number of surfers that visit the area far outnumber the potential visitors who’ll come to shark cage dive. We don’t want to lose out on the tourism to the area because the shark situation becomes out of hand and surfers are too afraid to visit. Already we’ve had concerned mothers phoning us worried about their kids should things go ahead. It’ll be detrimental not only for the surfing community but the area as a whole.” 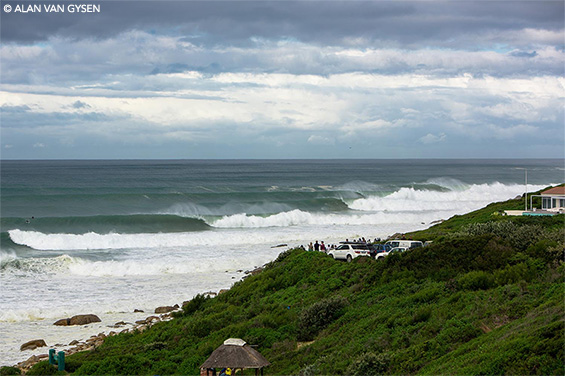 World class waves can be found in St Francis Bay and surrounds.

At the time of publishing, Zigzag had sent a request to the Department of Environmental Affairs for clarity on the situation and asking what criteria need to be met before a license is issued and what studies or data are taken into consideration.

According to regulations, 20kg of chum is allowed to be used by licensed cage diving operators per day but they are not allowed to feed sharks the bait, typically tuna heads, that is lowered into the water with the chum.

However, Zigzag has learnt through previous interviews with officials and cage diving operators that not all operators in South Africa comply with this rule and that the industry is not adequately monitored or policed. While many of the licensed operators comply with the rules, there are not effective measures – such as an independent monitor or official patrols – to keep unscrupulous operators in check.

*Statement from Department of Environmental Affairs, issued on 27 July 2105

The Department of Environment Affairs has noted with concern the false allegations about a pending permit application for a white shark cage diving operation in Jeffrey’s Bay, St Francis Bay and Cape St Francis region.

The Department would like to point out that sharks are highly migratory species occurring mostly on the continental slopes; with many also found in the South African coastal waters, periodically.