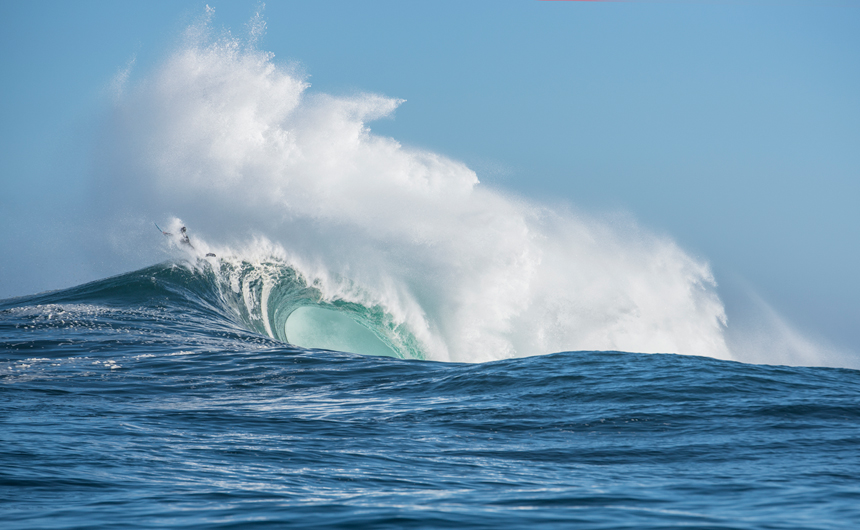 The hibernation period is over for South Africa’s famed big wave spot. It was a slow awakening for the Dungeon that saw pulses of massive, clean sets. Cape Town photographer, Sean Thompson, spent seven hours on a boat to capture the epicness, check out his gallery below.

“After watching the charts for a few days we headed out on the boats at 7:30 yesterday morning as the charts were favourable the winds mellow. It was a mixed crowd with a handful of guys missing from the usual chargers as they went to Donkey’s Bay,” said Sean. “It was one of the best days that I’ve seen it, personally, as it was big and super glassy. The vibe was electric, as it usually is in those conditions as the surfers spurred each other on. There were big wipeouts and five boards broken – Frank Solomon lost his board and I’m not sure if he found it again. The ski’s had a busy day retrieving boards and people. Josh Redman had the ride of the day after getting slotted but Twiggy probably had the biggest wave of the day.” 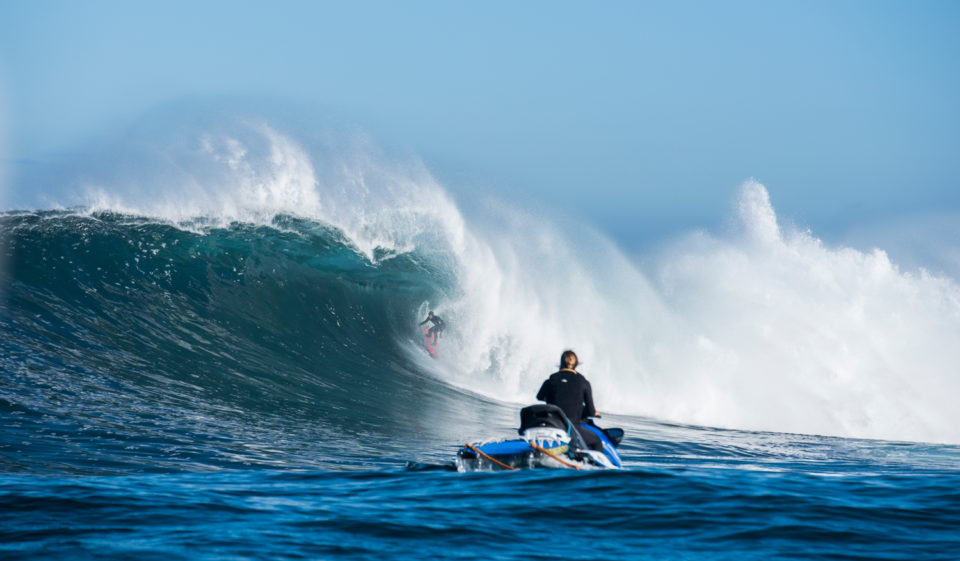 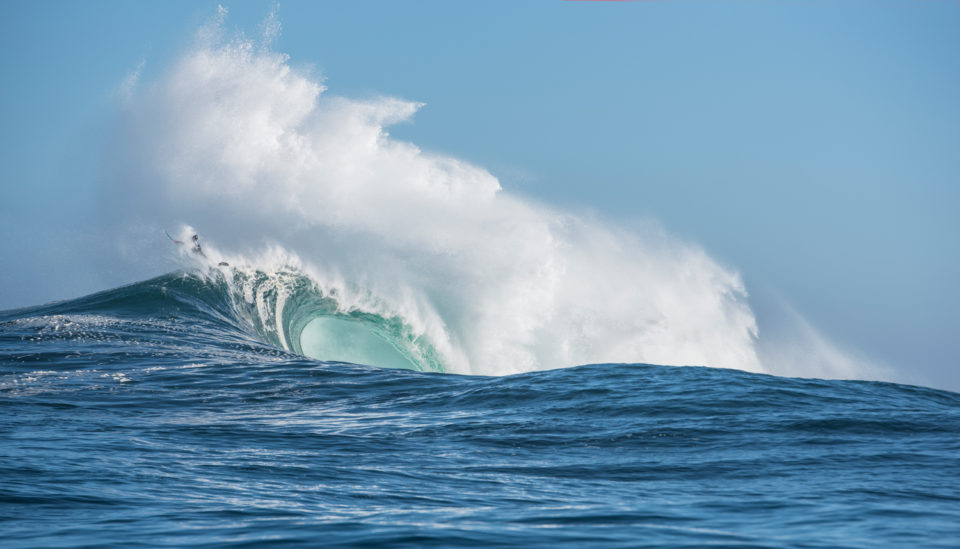 A lucky surfer avoids a trip over the falls. 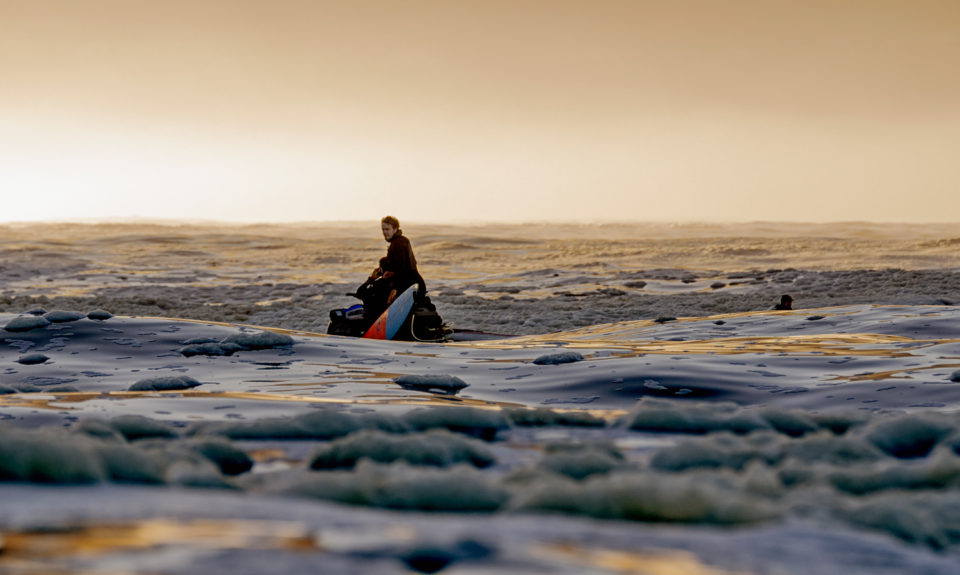 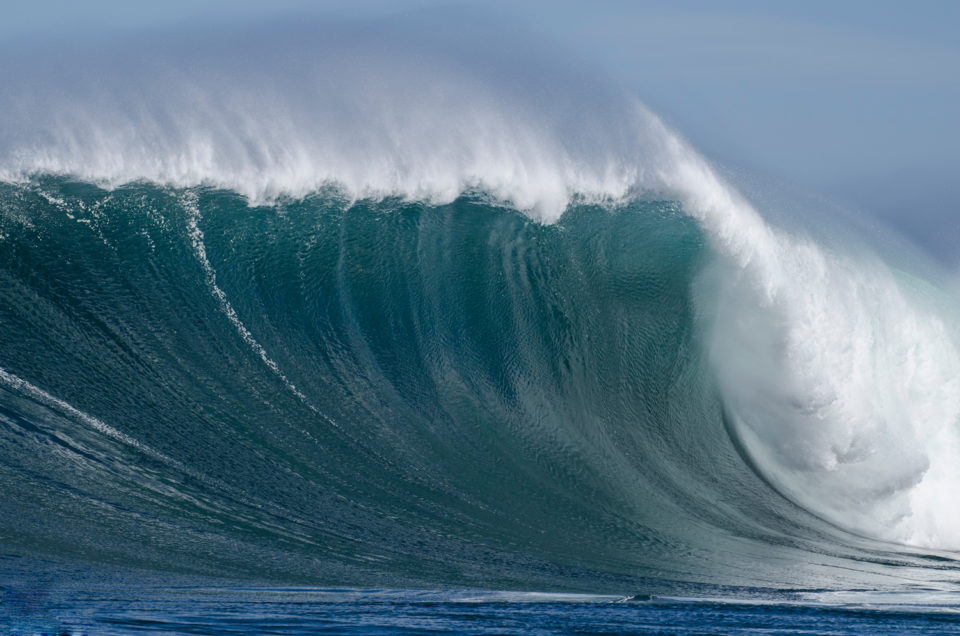 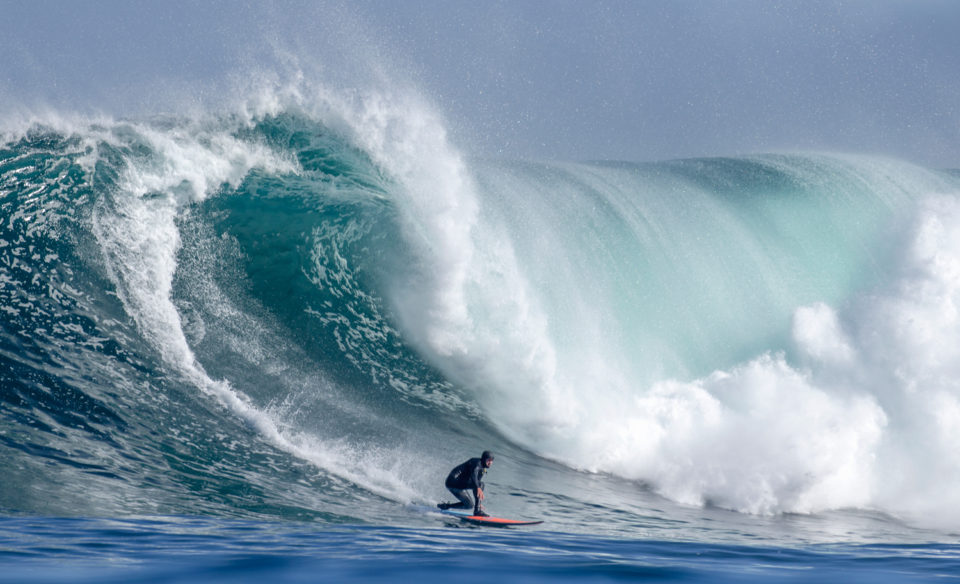 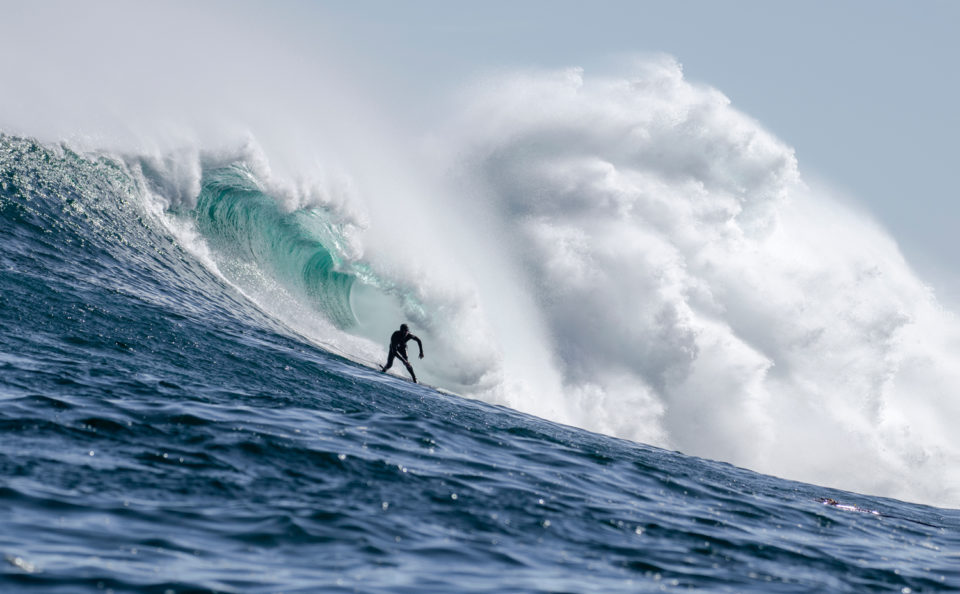 An unidentified charger racing the avalanche. 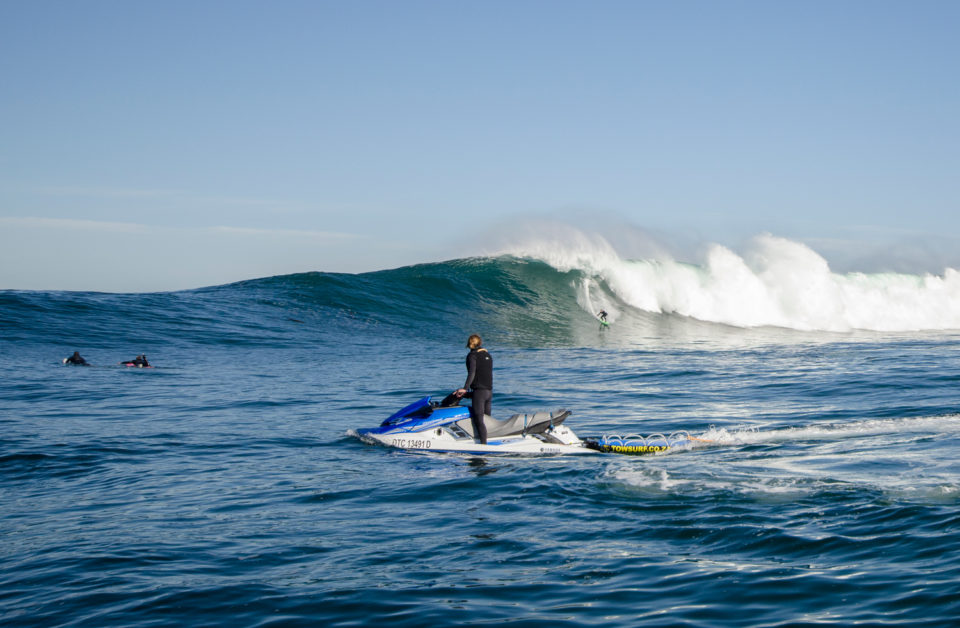 Darryl Maskew hoping to make it to the gully too. 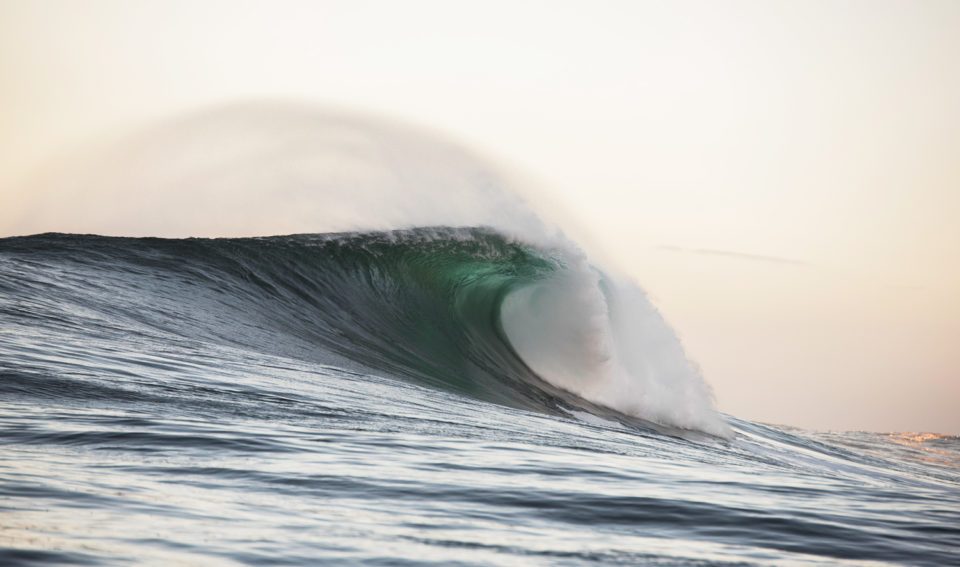 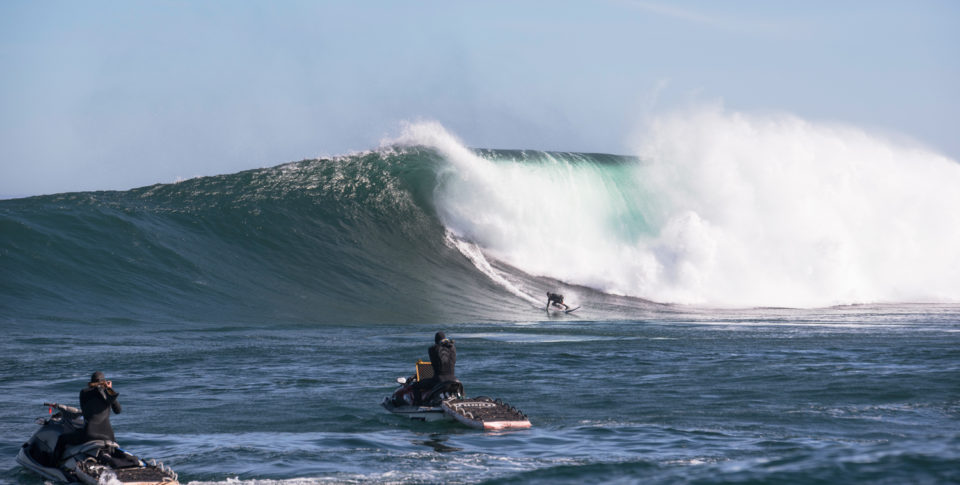 Current Big Wave World Champ was , Grant Twig Baker was all over it. 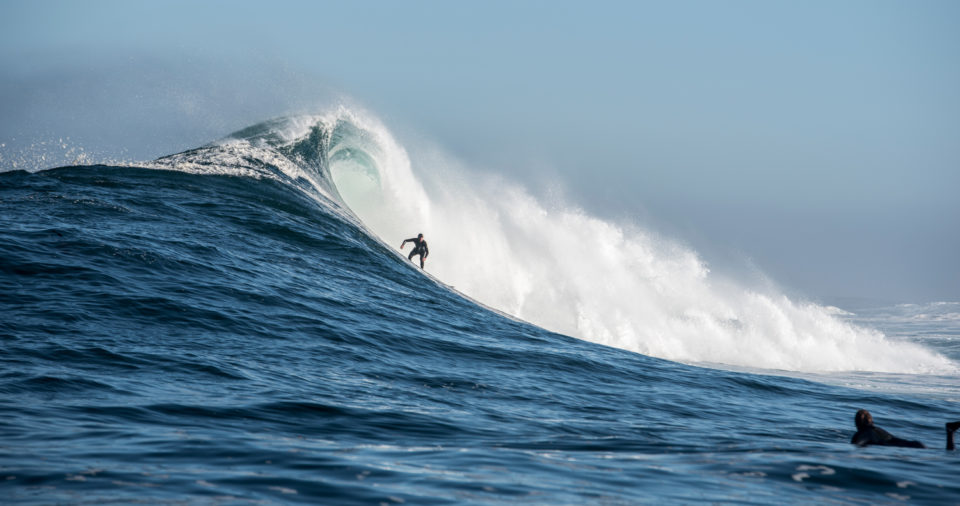 The geographic of the wave never ceases to amaze. Surfer unidentified.

Twiggy takes on the froth monster. 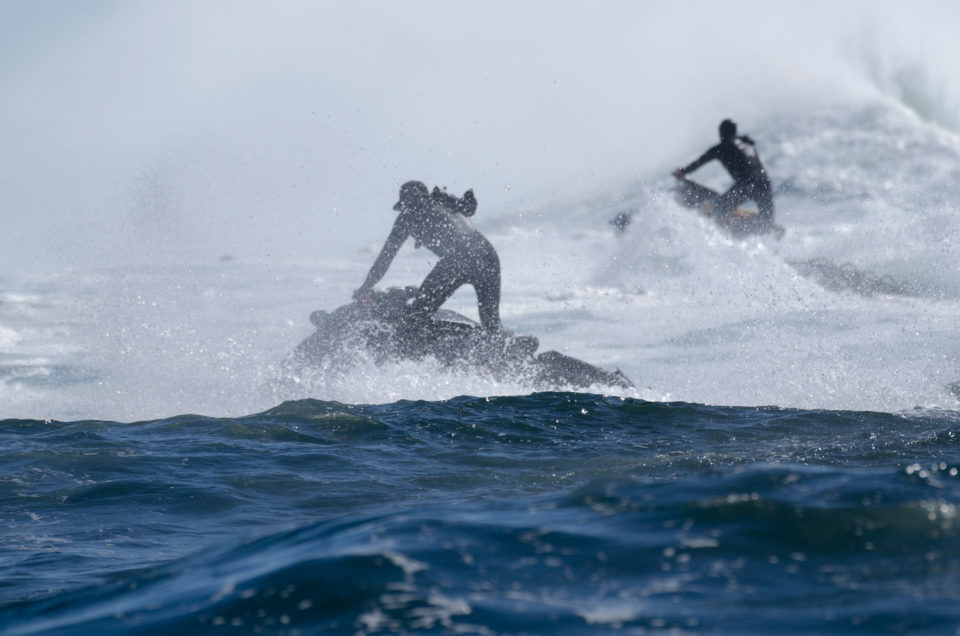 The heroes in black race to action.

Adrien Toyon, all the way from Reunion, borrowed Josh Redman's board only to return it in half. 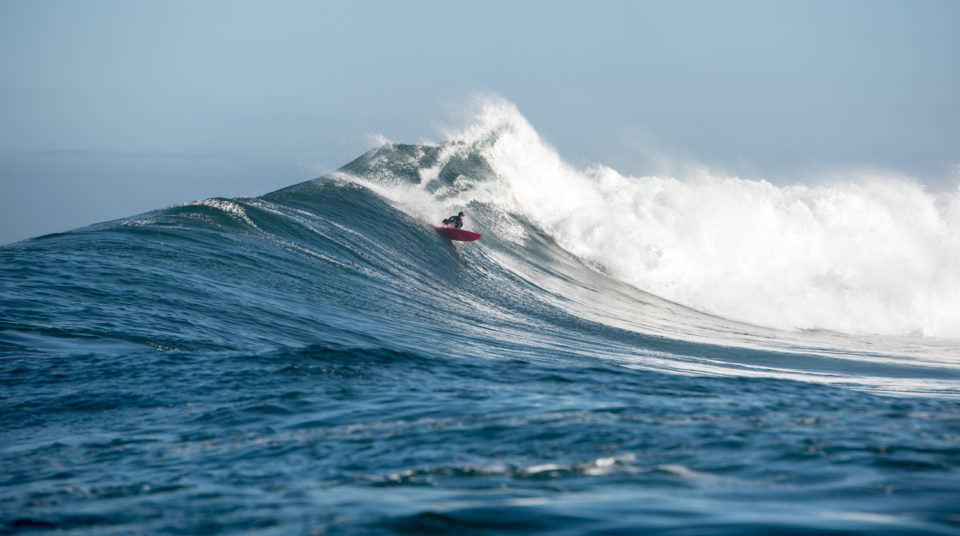 Josh Redman puts it on the rail, making it look like child's play. 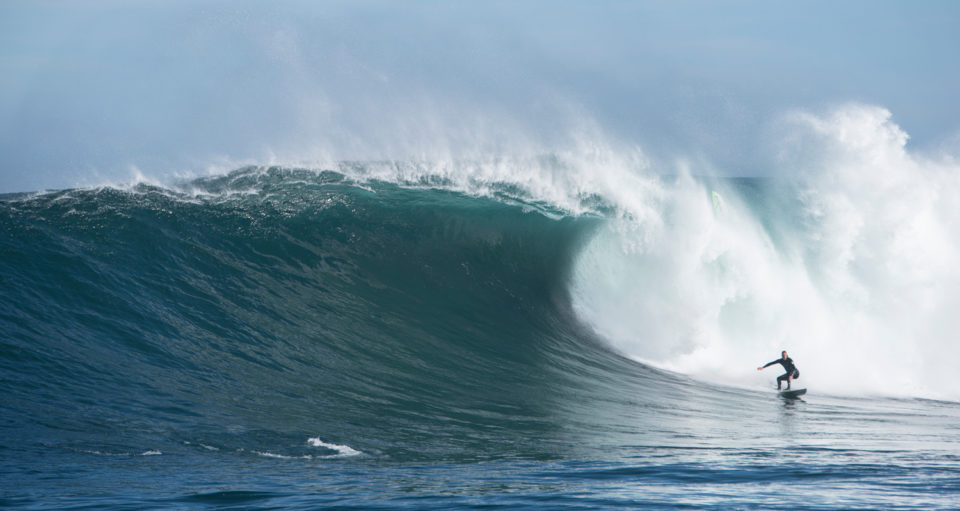 An unidentified surfer and the dreaded 'straighten out'. 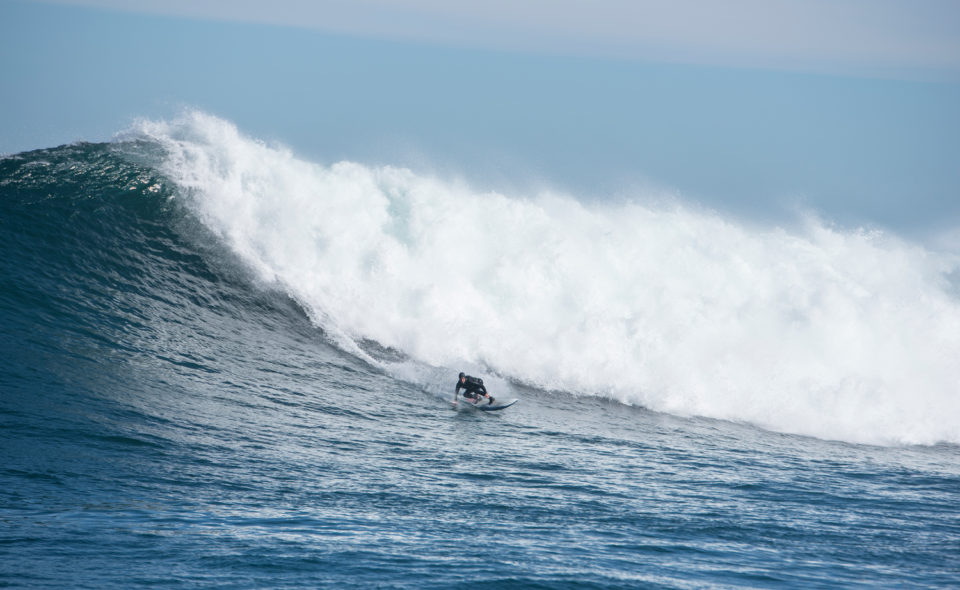 Twiggy locks in the bottom turn. 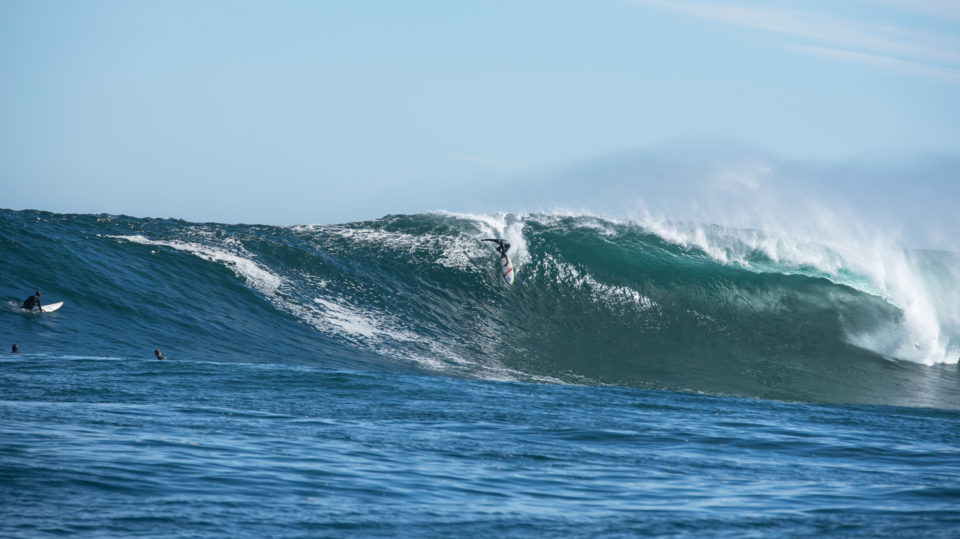 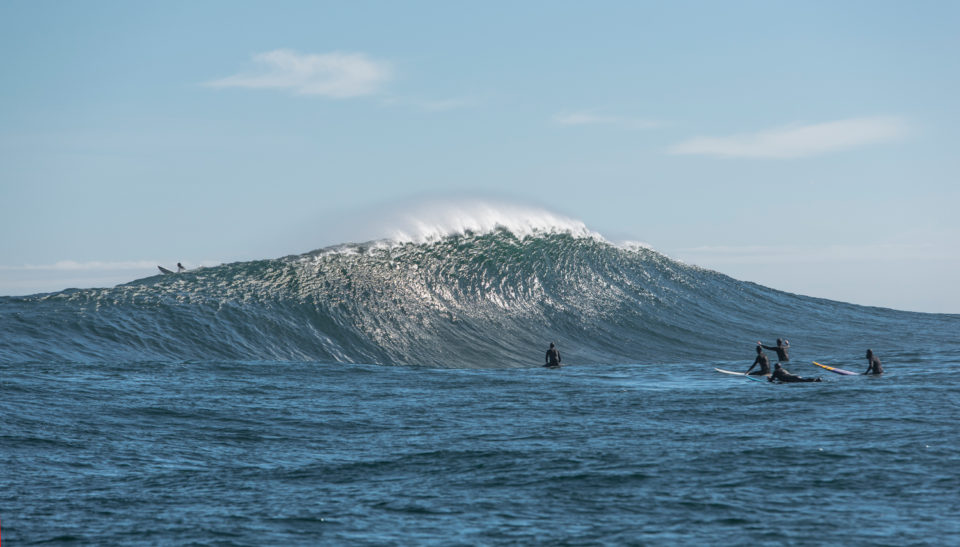 Mountains on land and sea. 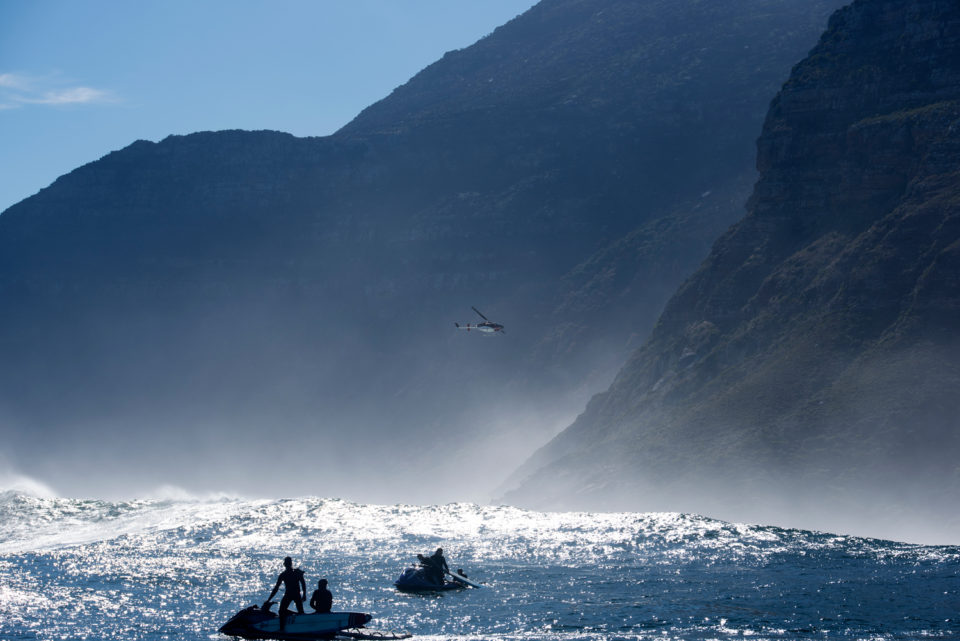