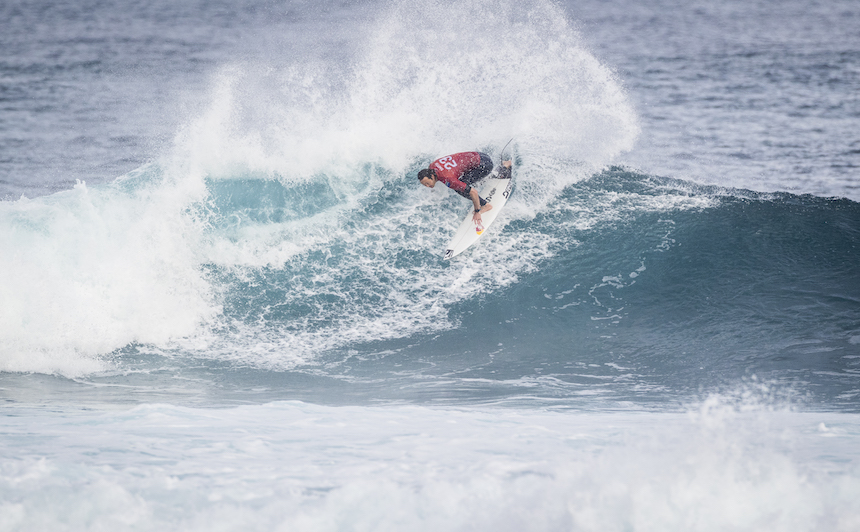 While you were cuddled up in your duvet, Jordy Smith and Matty McGillivray were hard at work keeping the nation’s surfing hopes alive in some drama filled action! Jordy came from behind with a buzzer beating score to send Julian Wilson for an early shower and crashing out of the Boost Pro Margaret River. Next up Matty McGillivray got a gift from Kanoa Igarashi with a blatant interference on the first wave. Kanoa fought back hard with the highest wave score, but J-Bay’s finest displayed some ice cold BMT and swooping man carves to slam the door shut on Japan’s Olympic contender!