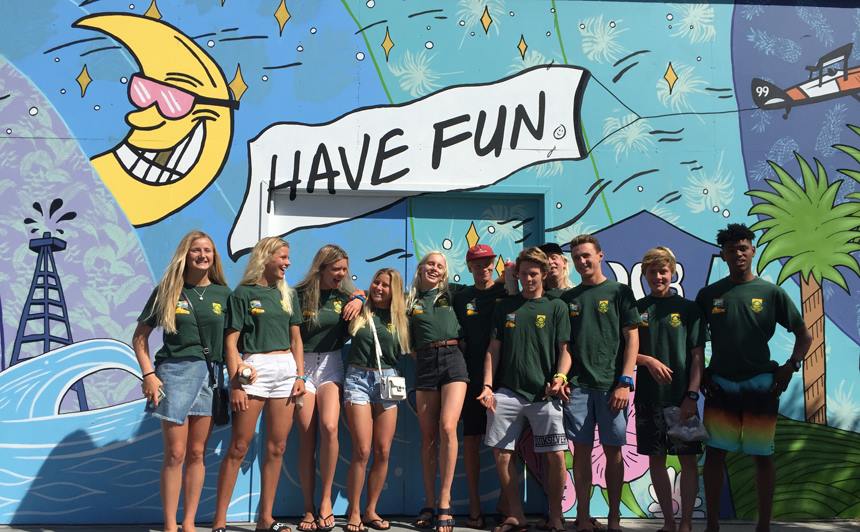 The 2018 South African Junior Team are set to do damage at Huntington Beach in California to join 42 nations at the 2018 Visla ISA World Junior Surfing Championships.

The team, which was awarded their colours at the Opening Function of the Sea Harvest SA Junior Surfing Championships, a fortnight ago, left on the long journey to California.

Luke Thompson and Tide – Lee Ireland (both Durban) and Mitch du Preez (East London) make up the U16 Boys group with Zoe Steyn, Kayla Nogueira (Umhlanga) and Ceara Knight (Scarborough) competing in the U16 Girls section of the tournament. 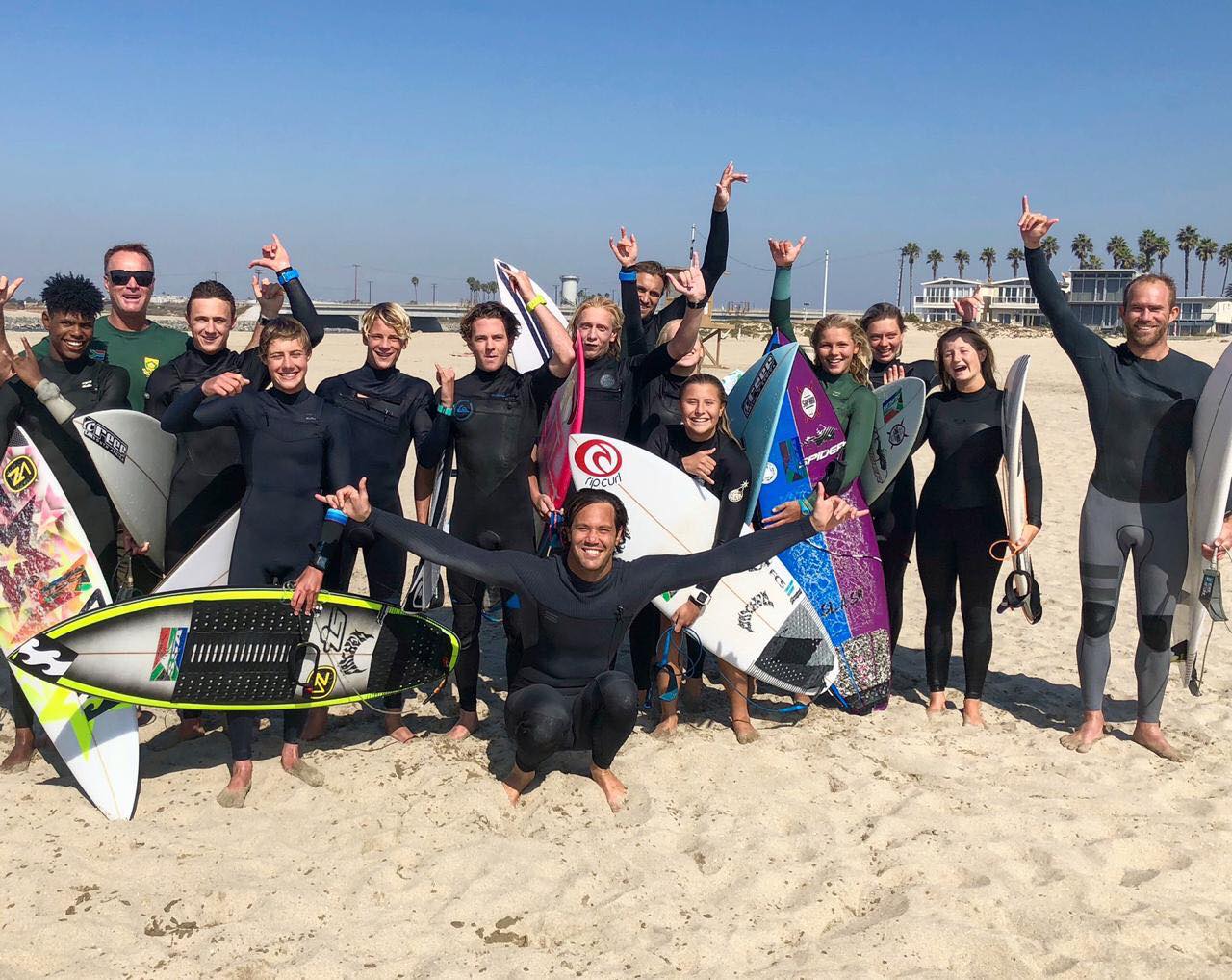 Chris Bond and Etienne Venter are the Coaches. The Parade of Nations and Sands of the World Ceremony will take place on Saturday and will be streamed live on www.isasurf.org As we build up to the event we reached out to Zoe, Luke and Etienne to get a feeling for what’s going on in camp SA:

(Zag) What’s the team energy like at the moment, how are you guys feeling going into the comp?

(Etienne) Team vibe is really good and positive. A lot of support between each other and we’ve become a real tight team. We look, move and operate as a proudly South African team. Surfers are all looking very good in the water and are adapting too and learning about the fast HB waves quickly. Jordy Smith and Dooma came and had a surf and talk with the Team yesterday. Jordy gave them some great advice on contest surfing and how to surf HB. Meant so much to the team that he made a special effort for them.

Every day is about building momentum and getting to know what boards go best. We’ve had two days of surfing and from today we are going into the early morning contest surfing routine and concentrating on getting to surf on both the low tide and hide tide as there is a big difference in how the wave breaks between the two tides. Comp starts Saturday afternoon so just keep building on the positives from the day before.

I’m sure their parents would love to know are they all behaving?

(Laughs) behaving, they are a Junior Team!! No, I must commend them 100%. They’ve all really been on it and assisting us in a big way. House is tidy and they all make their beds every morning before we go to the beach. 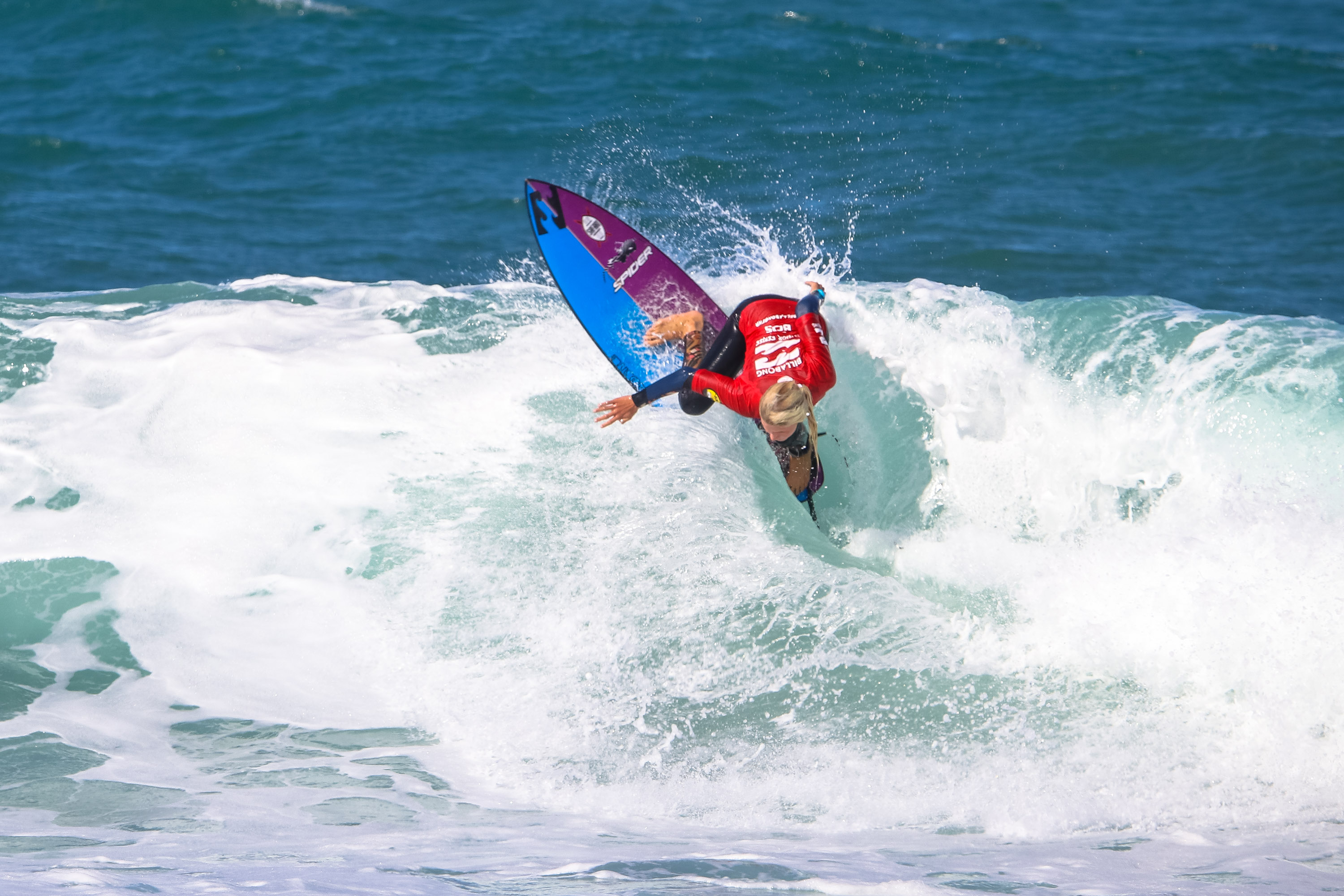 (ZAG)  It’s been a big year for you with a fair amount of traveling. What are your hopes for this upcoming comp?

(Zoe) I’m really just excited to surf against the worlds best junior surfers. Obviously, I want to make as many heats as possible.

What’s the vibe amongst the team in Cali right now?

It’s amazing! Everyone is really friendly and to be here representing SA is awesome.

How the conditions looking, can we expect some wicked surfing from the team?

The waves have been really fun so far, the whole team is surfing really well and I think there is swell on the way, cant wait. 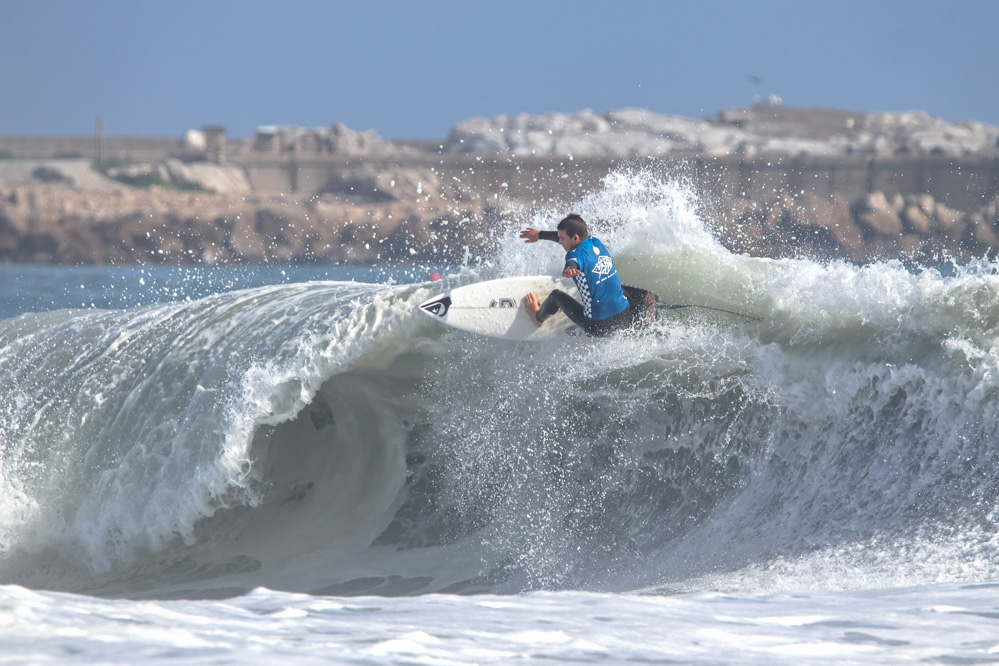 (Zag) Tell us about the vibe amongst the SA team at the moment. How are you feeling heading into the weekend and your first heat?

(Luke) Yoh, there is one proper vibe going on for sure. Our team this year is so sick, we all get along really well and are pushing each other really hard. Everyone’s getting each other super pumped.

You’re up against the worlds best junior surfers, how have you prepared up until this point? And what are your hopes for both yourself and the team?

I feel like a different person this year compared to last year, I feel so much more confident, I’m really happy with the way my boards are feeling and my energy is in power mode (laughs). I really want to do well this year and I feel I’m in the right space to do so. I always get nervous going into heats and I’ve gained a bit of experience from last year in Japan and also just surfing all our comps in SA, so It’s not actually different to surfing a heat in SA all it is is different people, yes you might of heard of these people before or seen videos of them ripping but that’s not really mattering to me, they all just a Colored vest in the heat.

What the funniest thing you’ve seen over there so far?

This trip has had so much laughter going on but I got to say it was in the airport. we were all in a long line pushing our trollies with our boards and everything. We were walking on one of those fast-moving ground escalator mats, and I was in the front so I had just got to the end and someone’s Trolly got caught on the side and started spinning sideways and stopped moving cause it was too wide. There were like 8 other people behind and everyone’s trolleys started crashing, boards were falling over and trolleys were collapsing, eventually, someone saw an emergency button and pushed it (laughs).

All images supplied by Chris Bond 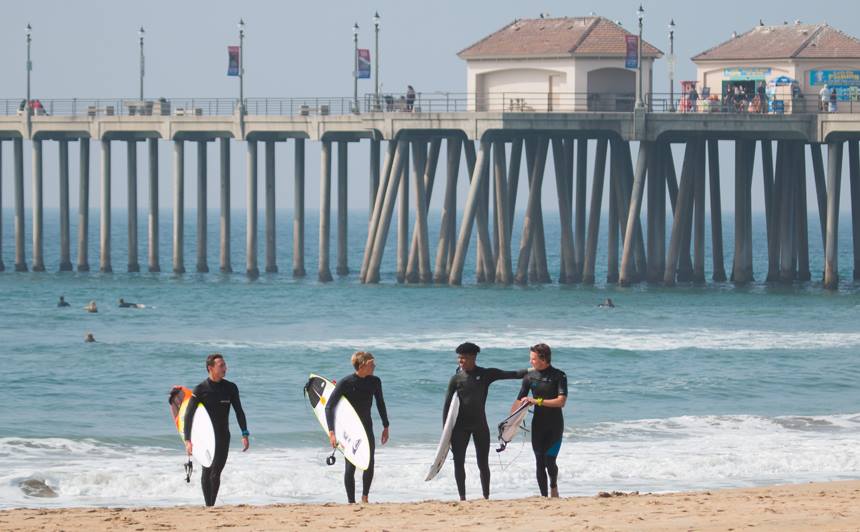 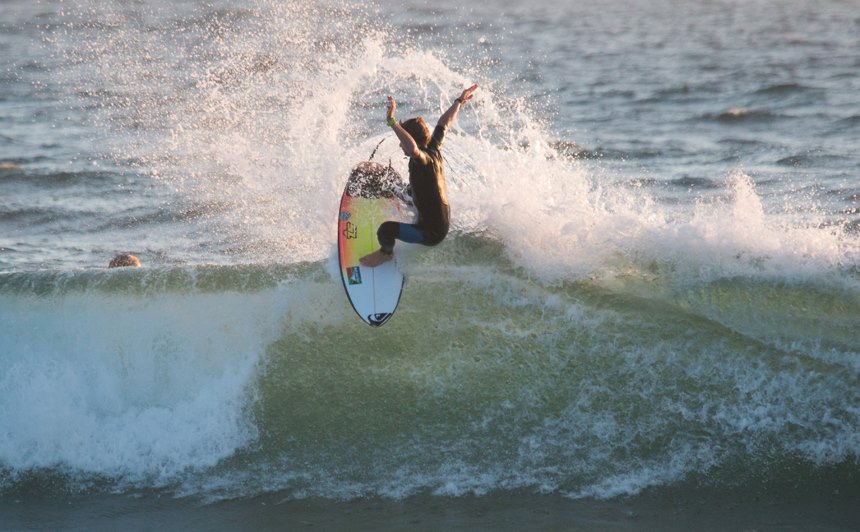 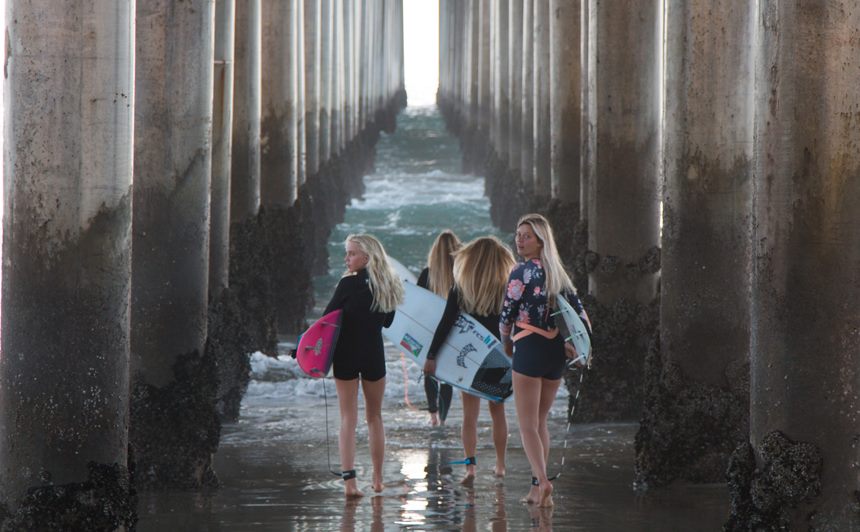 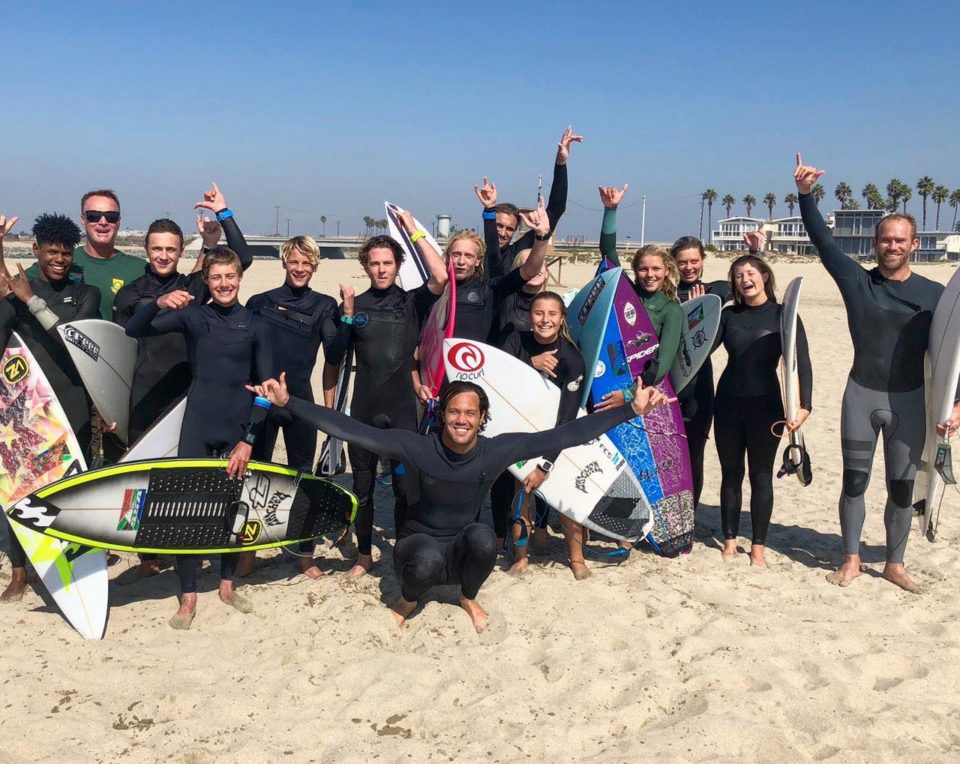 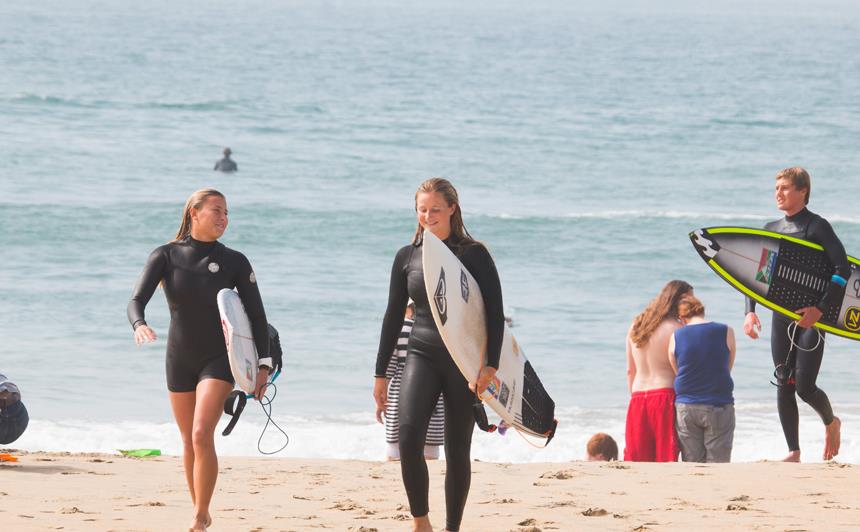 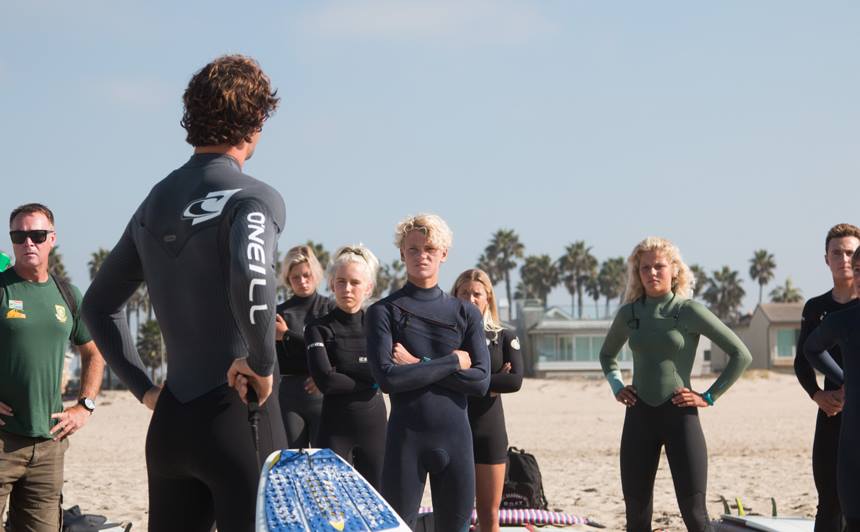 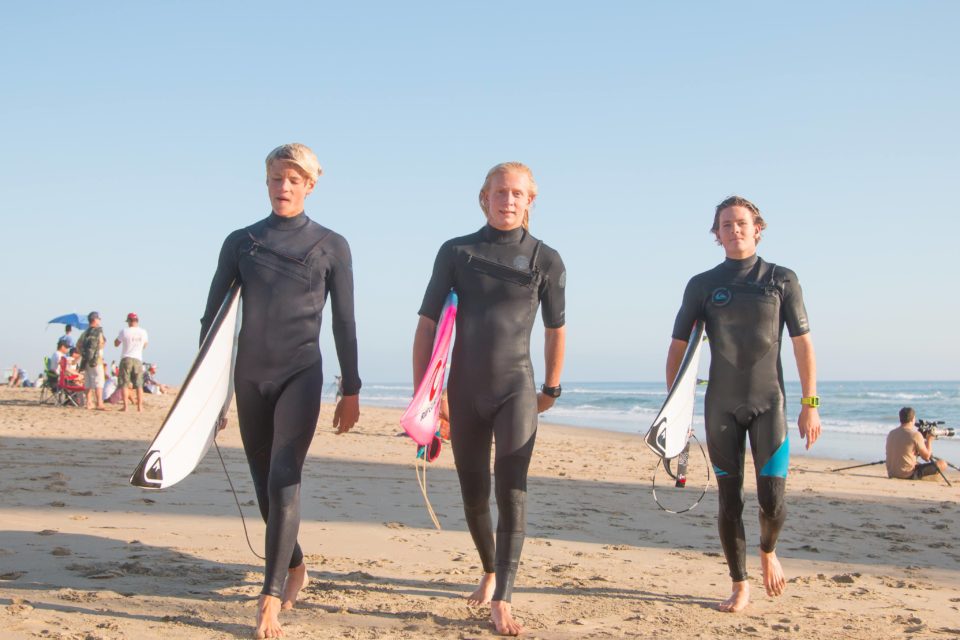